Former And Current Idols Talk About Fame, Life After The Spotlight, And Ending Contracts

In the interviews, the idols talked about the realities of their chosen career. H.O.T’s Tony Ahn said, “I didn’t know anything about working culture and I had no experience. I was too young when I started working, so it was really difficult to adjust quickly.”

Dal Shabet’s Subin said, “I’m really happy now [that I can take public transit comfortably].” Su Bin, along with two other members of Dal Shabet, left her original agency last year and signed with Keyeast in February. She added, “I’m a little sad, but I think that I did well and I’m proud of myself. I think that unconsciously I always expected it to end this way. There was a difference between the way the public saw me and my true self. I always showed people the brightest side of me, but that wasn’t the part of me that I wanted people to see.” 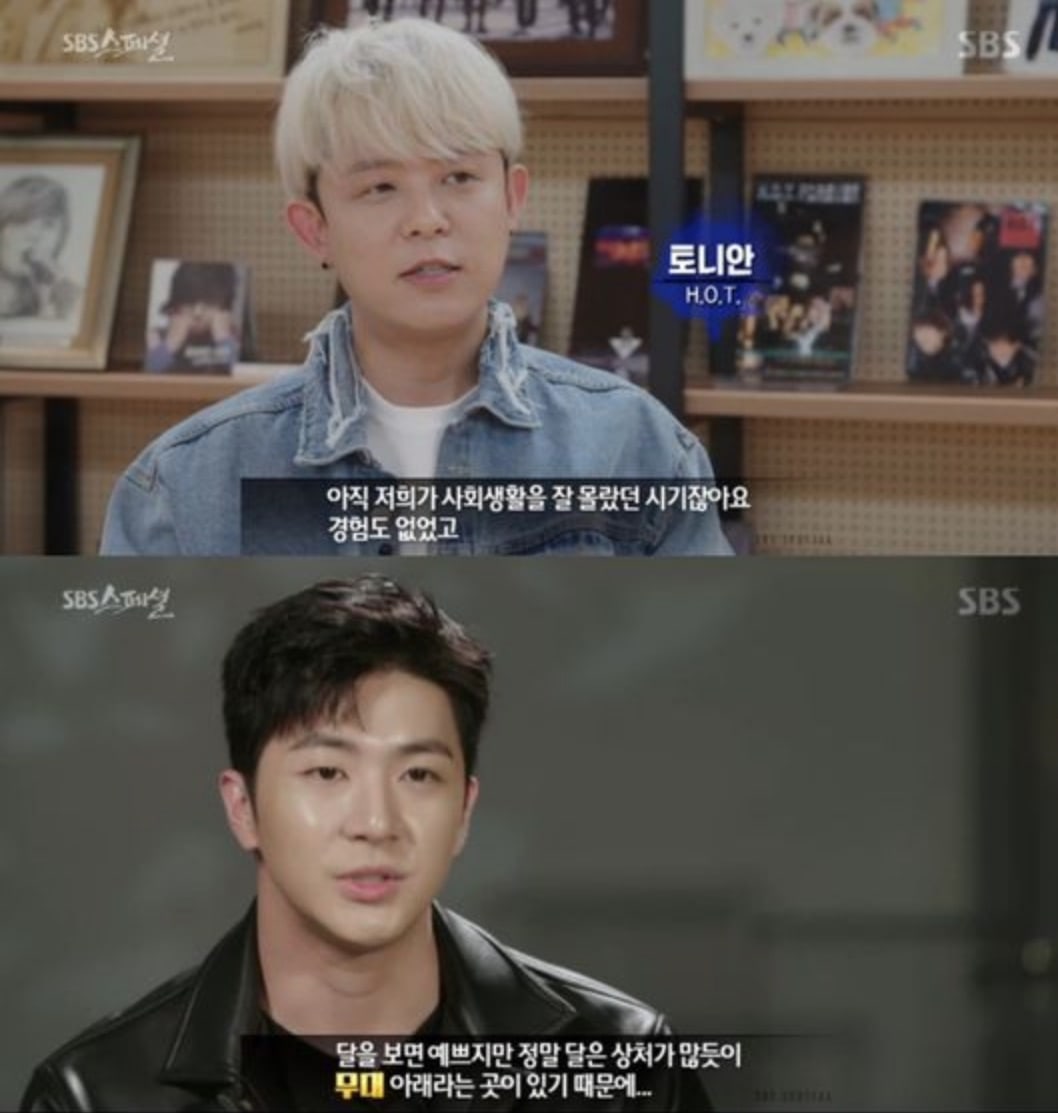 MBLAQ’s Thunder, who recently set up his own label, said, “I think I’m happier now,” though he added that he was scared to stand on his own after being part of a group for so long. “It wasn’t just because I wanted to make my own music. After I left the agency, I didn’t know how to do anything on my own. Things like ordering stuff online or buying plane tickets on my own were unfamiliar tasks. When I was an idol, everything had been prepared for me.” 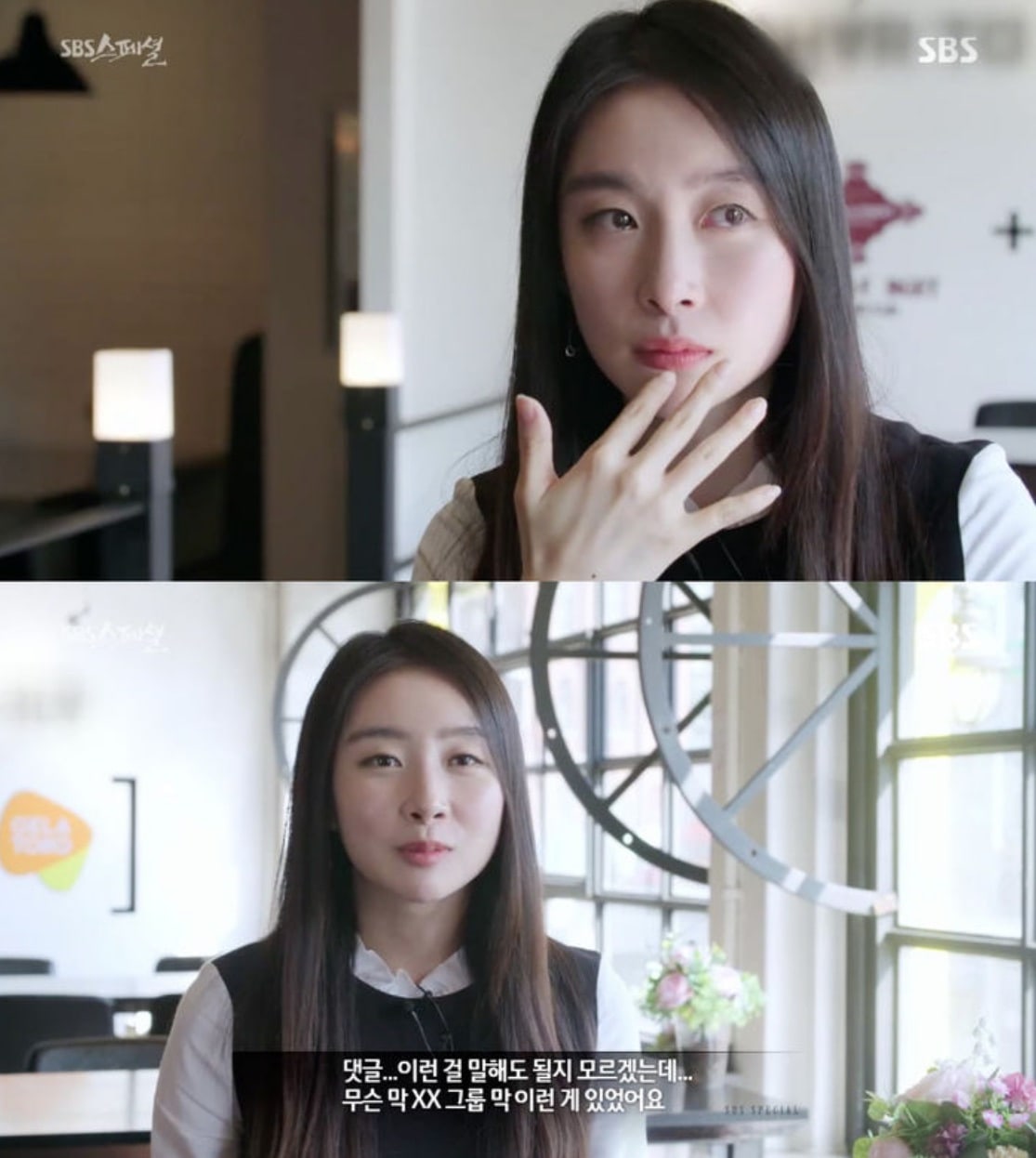 STELLAR’s Gayoung said, “People judge you for the three minutes you spend on stage. But I see everything before and after those three minutes too. There are 100 idol groups created every month, but only ten or so teams can appear on music shows. When you stand on that stage, you realize how fierce the competition is.”

She added, “We thought that we had to do whatever the agency told us. We wanted to get our name out there, and we only got a reaction when we did extreme concepts. I was really sad about that. I thought that once we became well-known, we could do whatever we wanted, but the reality was different. I’m not that kind of person, but people thought things about me based on one song. My parents also heard a lot of horrible things about me.” 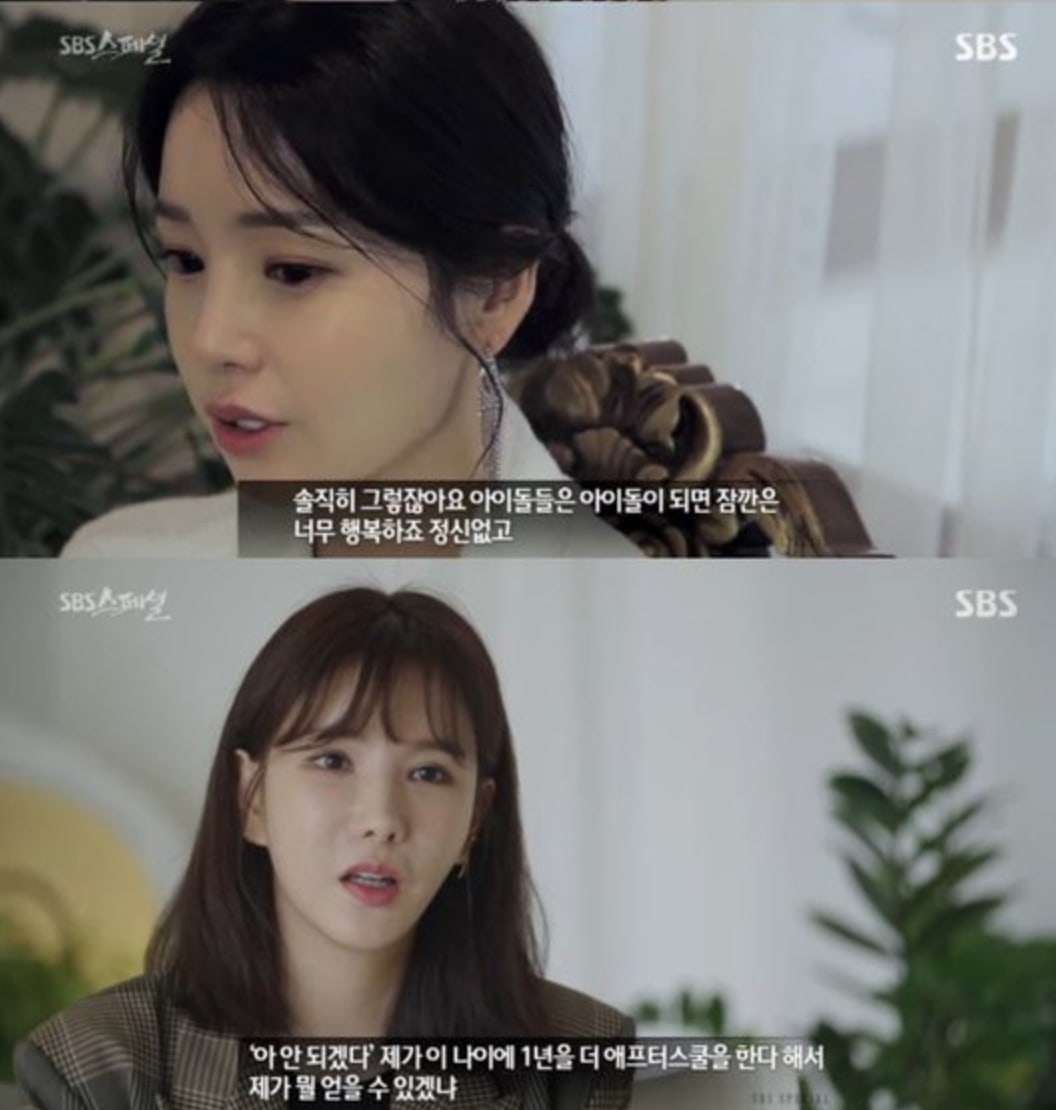 After School’s Jung Ah said, “I didn’t know how to deal with the bank. That’s how much I couldn’t do things on my own. I was a trainee for 10 years before I made my debut. The only things I could do were dance and sing, so it was hard to give that up. I was at a loss for what to do next.” KARA’s Heo Young Ji also talked about her struggles after her girl group disbanded.

After School’s Lizzy, now working as an actress under the name Park Soo Ah, said, “It’s really tough but the moment when you get applause after a performance is like nothing I can describe in words.” 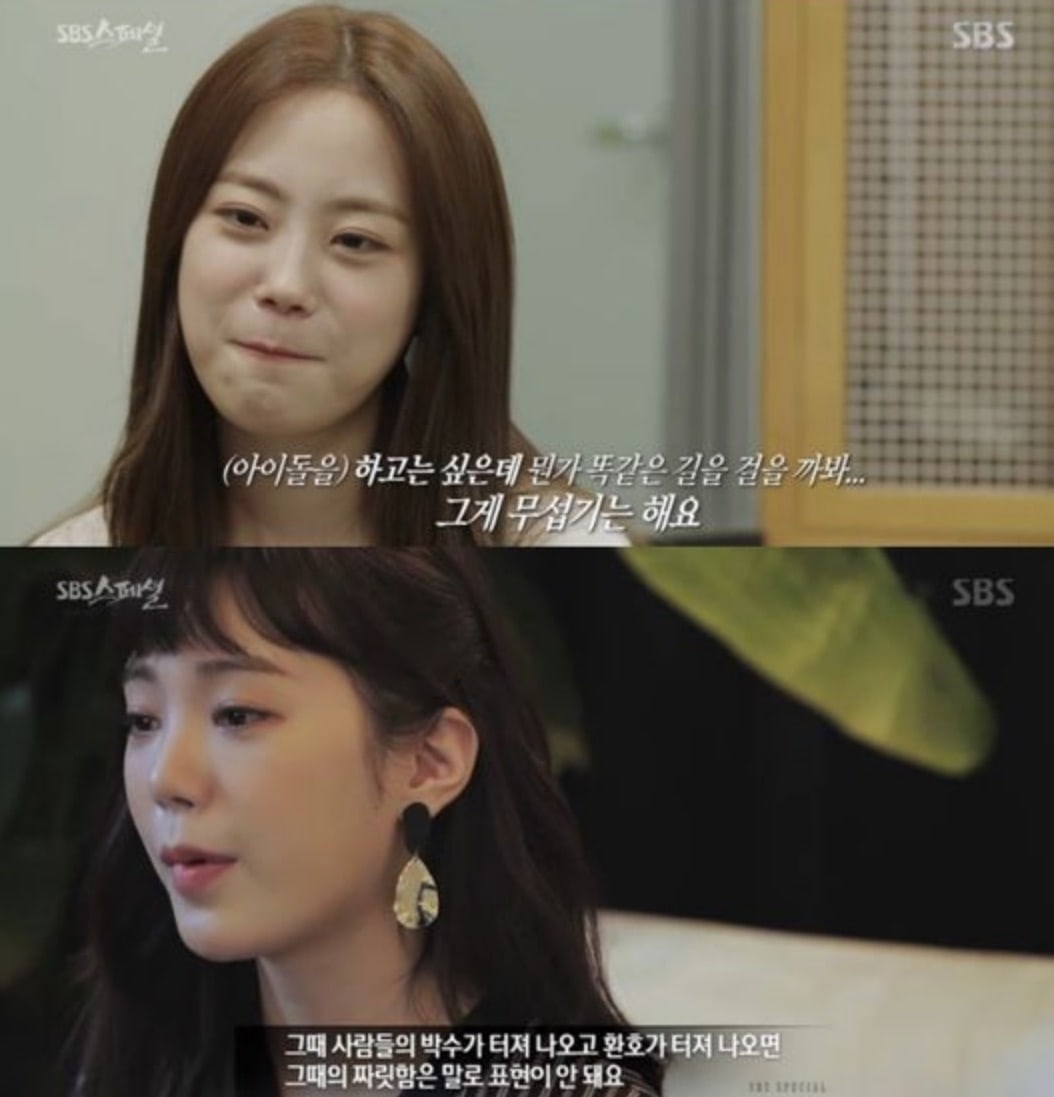 SeeYa’s Nam Gyuri said, “Receiving attention and love is addicting. It felt like people really loved me. For a fleeting moment, you’re happy without thinking, but the longest it can go is 5-7 years.”

14U said, “You work hard, but everyone works hard. If you try to return to your normal life, you don’t know what to do. This is the time when it’s hardest and most uncomfortable.” However, they added, “The 3 minutes and 30 seconds you spend on stage are the happiest.”

When asked if they would be an idol again in another life, Thunder said, “There were a lot of hard times, but there were also great memories. Nothing can compare to those memories.” Tony Ahn said, “The work that I want to do is sing and dance the way I like.” To his juniors, the veteran idol added, “The life of an idol is a marathon. Don’t be impatient, don’t give up. One day the opportunity will come. You don’t have to get first place to live a happy life.”

Gayoung said, “You should always think of yourself first. Keep your options open.” Nam Gyuri said, “You might think that becoming famous will bring happiness, but the price of fame is having to deal with a whole new set of problems.”