gugudan Talks About Former Member Hyeyeon’s Departure From The Group

At the showcase for gugudan’s new album “Act.5 New Action,” the girl group was asked about former member Hyeyeon’s departure. 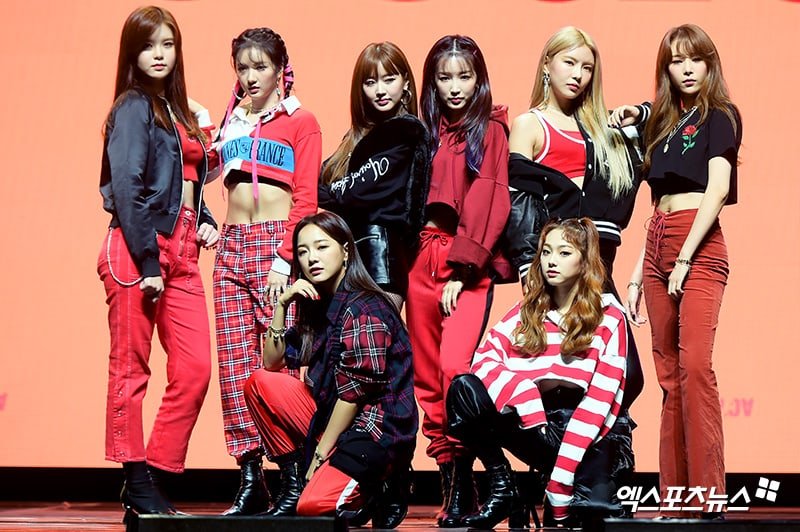 The group’s agency, Jellyfish Entertainment, announced that Hyeyeon would be ending her activities with gugudan in October. She has decided to focus on her health and her studies for the time being, although she is still affiliated with the agency.

gugudan said, “We started with nine members, but just like Hyeyeon wrote in her letter, she will continue to support us as a fan. She listened to our new album and said she liked it. We are also cheering on Hyeyeon in her new focus on her health and studies.”

They added, “gugudan shines when we’re with our fans. People are worried about having 8 members now, but we will continue to fill the stage with 8 members.”

The name “gugudan,” which is the Korean word for the multiplication table, was originally meant to represent nine girls with nine unique characters. When asked if they expected any confusion about their name going forward, the girls affirmed, “Hyeyeon is still with us as one of our Dear Friends [fanclub name]. The meaning of nine girls with nine characters hasn’t changed.”

gugudan released their new title track “Not That Type” on November 6 at 6 p.m. KST.

gugudan
Hyeyeon (gugudan)
XPN
How does this article make you feel?