On December 3, the Good Data Corporation revealed the rankings of the most buzzworthy dramas and cast members from November 26 through December 2.

The results are based on the analysis of reactions on 34 dramas through news articles, blog posts, online communities, social media, and video clip view counts.

Several new dramas premiered and made strong debuts on the rankings.

The buzz for “SKY Castle” increased by 71.5 percent from the previous week, raising its ranking to No. 2 with a share of 10.84 percent. 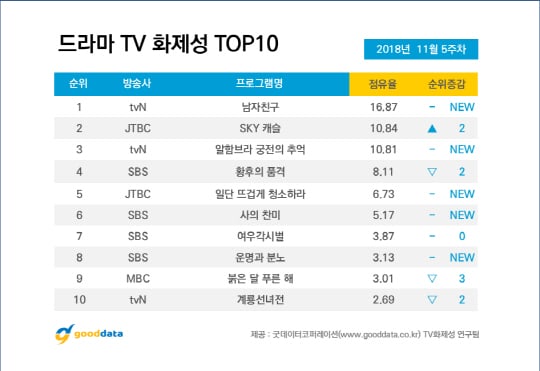 Actors of the new dramas dominated the ranking for cast members who dominated the most buzz. The “Encounter” leads took the first two spots, while actors of “Memories of the Alhambra,” “Clean with Passion for Now,” “Death Song,” and “Fates and Furies” also ranked high. 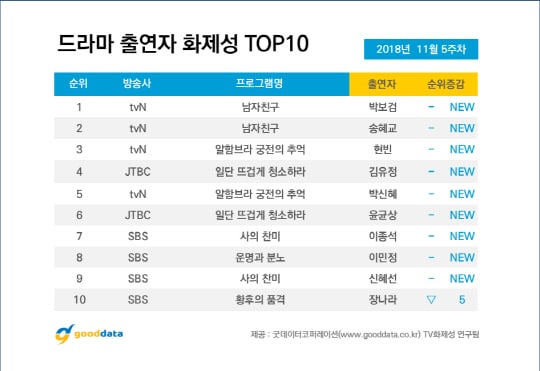