The Song of the Year award at the 2018 Mnet Asian Music Awards in Hong Kong has gone to TWICE for their song “What is Love?”!

The daesang was the group’s third award for the night, after winning Best Dance Performance Female Group as well as Best Female Group. It is also TWICE’s third consecutive Song of the Year award from MAMA since 2016. The group won the award in 2016 for “Cheer Up” and again in 2017 for “Signal.”

Other songs up for 2018 Song of the Year were BLACKPINK’s “DDU-DU DDU-DU,” iKON’s “Love Scenario,” MAMAMOO’s “Starry Night,” and BTS’s “Fake Love.” 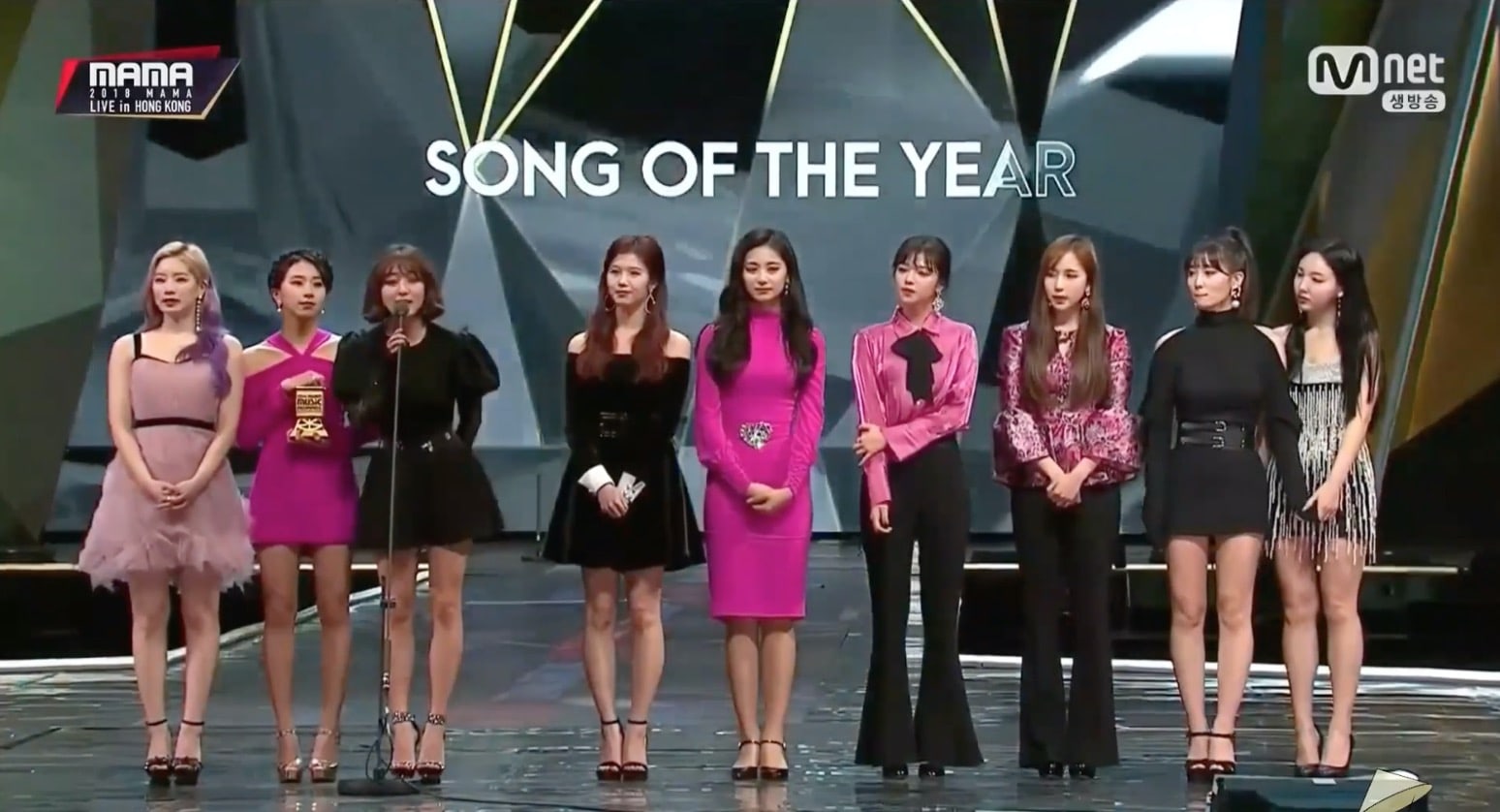 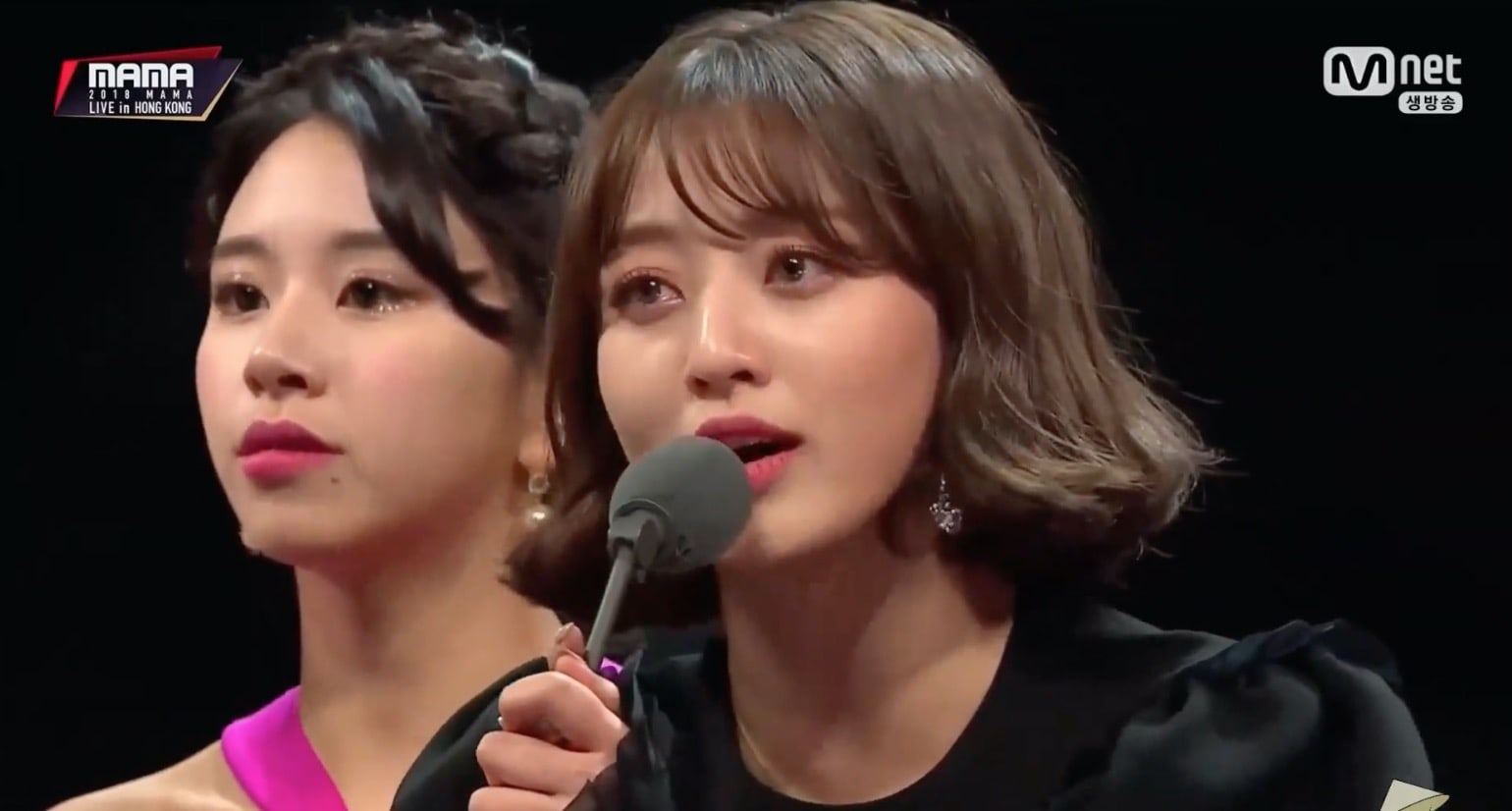 TWICE’s Jihyo, speaking on behalf of the group, wasn’t able to speak immediately for trying to hold back tears. She said, “We’re a team that is still lacking, but thank you for giving us so much love regardless. There are so many talented artists here, and I think we felt that especially while watching the performances today. The artists today would have prepared and promoted through blood and sweat, so I don’t know if it’s okay for us to accept this award. Thank you for giving us such big awards at MAMA for the past three years.

She thanked Park Jin Young for writing “What is Love?” and went on to thank their staff as well as everyone at at JYP Entertainment.

She continued, “There are so many people to thank. This year especially, I was so thankful to our members. Being so busy for three years, we were really physically and emotionally tired this year, but for always being a source of comfort, strength, and happiness for each other, I want to say thank you so much to the members, and you did so well. 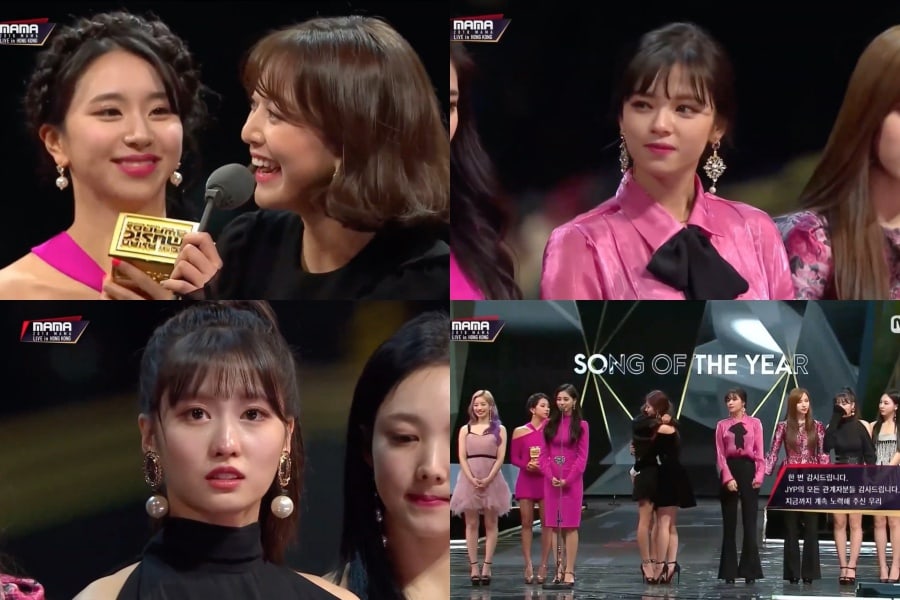 “Also, to ONCE, who support us at every performance with smiling faces and unbelievable cheers, I want to say thank you, even though saying it 100 times would not be enough.

“A lot of people say that our performances raise their mood and give them energy, but the people who give us that energy are our fans. Thank you, and TWICE will continue to return with great songs and energetic performances. Thank you so much.” 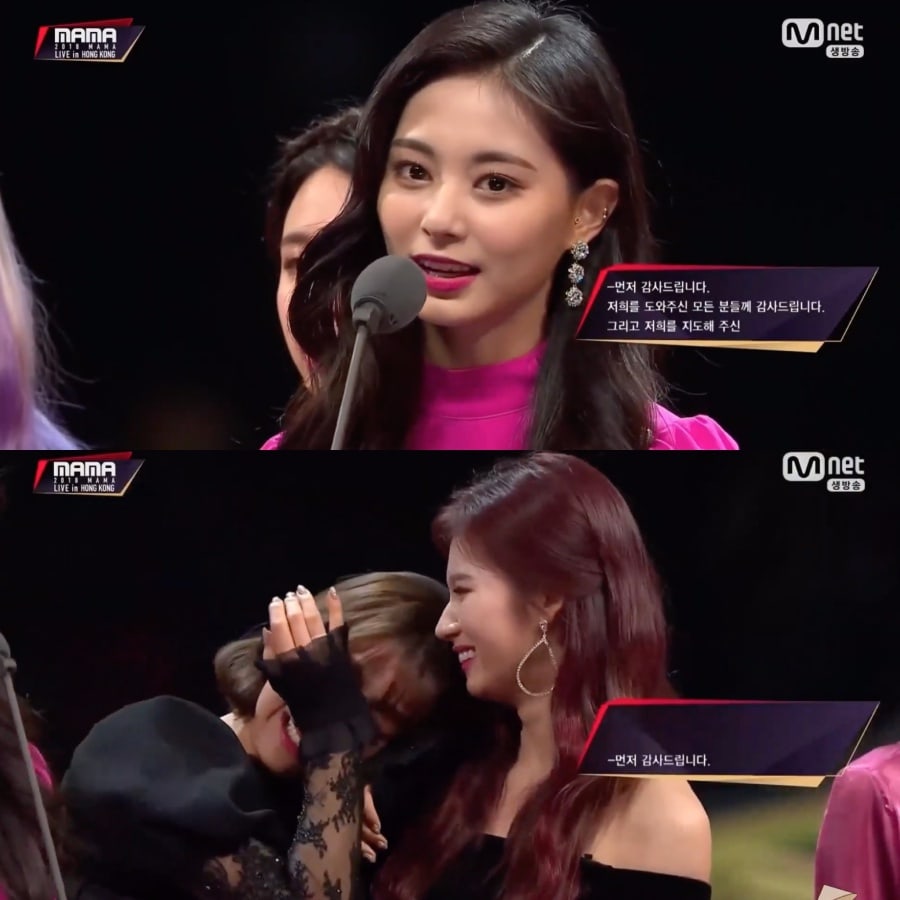 Tzuyu also took the time to thank fans in Chinese, saying (according to the Korean translation on-screen), “First, thank you, and thank you to everyone who helped and guided us. Thank you to everyone at JYP, as well as the members of TWICE, who’ve worked so hard. Also, to our fans ONCE, who have always supported us, thank you. It’s because of you that we are standing up here today, and it’s because of you that we received the award for Song of the Year. Thank you.”

The other two daesangs of the night went to BTS: Artist of the Year and Album of the Year (for “Love Yourself: Tear”). Check out the full list of winners from 2018 MAMA in Hong Kong.

TWICE
2018 MAMA
How does this article make you feel?