JYP Entertainment is not only home to a star-studded roster of famous artists, but it also houses an impressive number of talented actors. In fact, some industry insiders joke that all the promising young actors of today seem to belong to JYP Entertainment.

Here are seven of the agency’s rising stars who are well on their way to leading the next generation of acting talent: 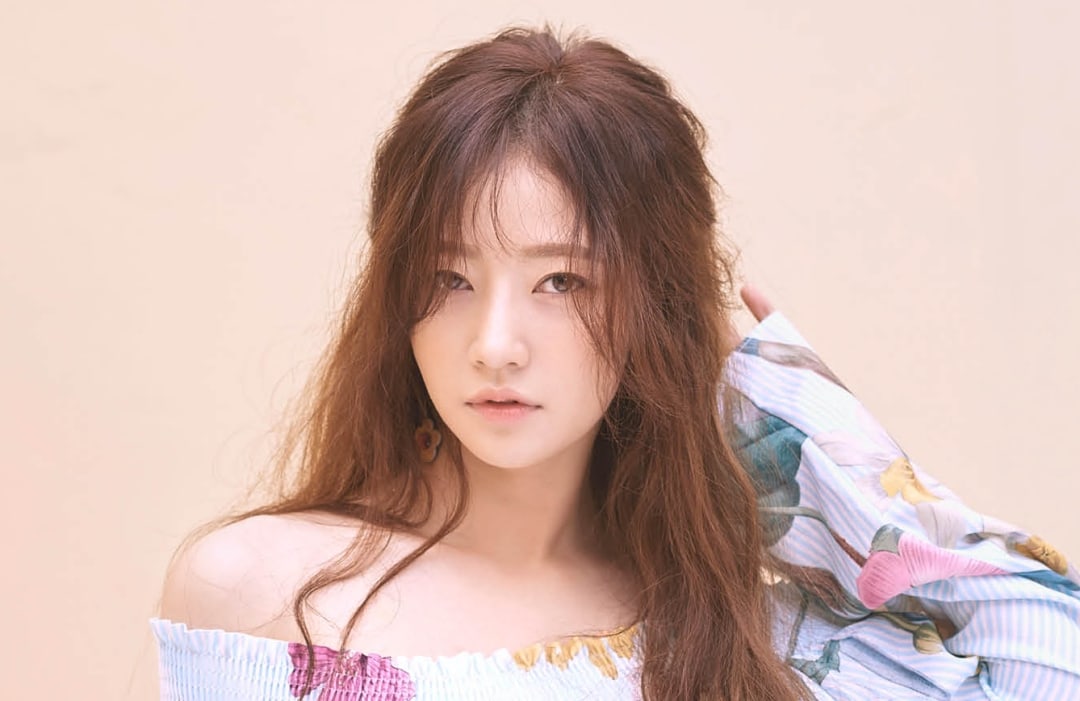 With her memorable roles in MBC’s “My Daughter, Geum Sa Wol” and KBS 2TV’s “Fight My Way,” Song Ha Yoon cemented her status as a strong character actress who can vanish into any role. She particularly stole viewers’ hearts—and moved them to tears—with her emotional performance as Baek Seol Hee in “Fight My Way,” where she pulled off a heartbreaking, relatable portrayal of a long-term relationship’s tragic end.

Check out Song Ha Yoon’s performance in “Fight My Way” below: 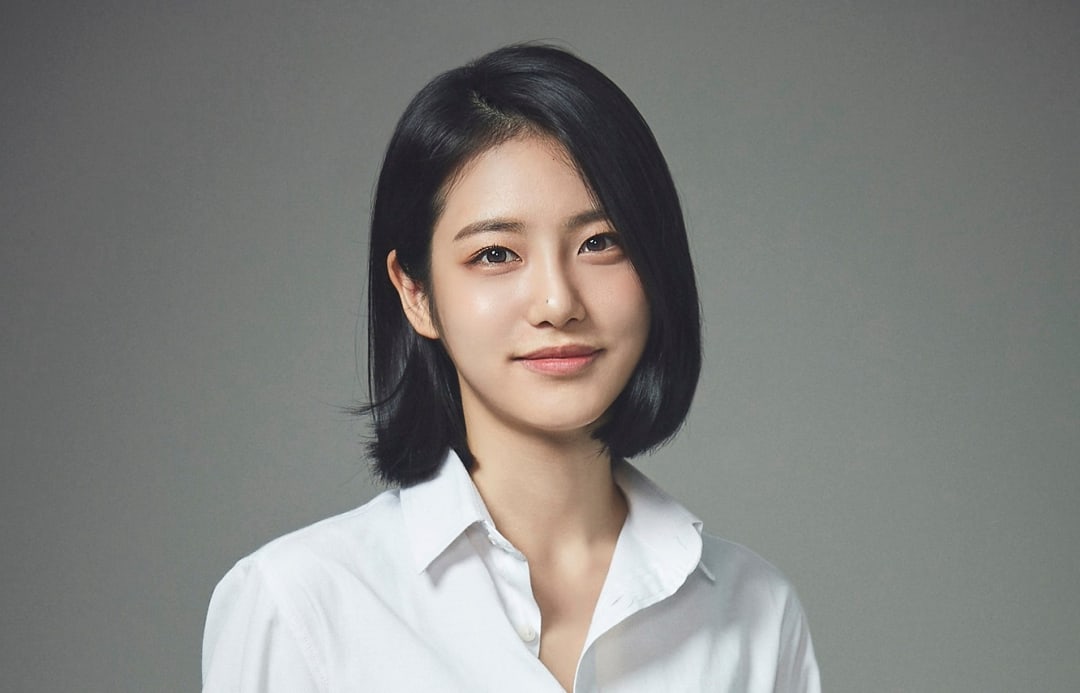 Rookie actress Shin Ye Eun made her debut in the popular web drama “A-TEEN” earlier this year, playing the thoughtful and resilient high school student Do Hana. Previously a trainee under JYP Entertainment, she officially signed with the agency as an actress in August. (Eagle-eyed viewers may have also spotted her in DAY6’s music video for “Shoot Me.”)

Shin Ye Eun will be making her official small-screen debut in 2019, when she stars opposite GOT7’s Jinyoung in a new tvN romantic comedy entitled “That Psychometric Guy” (working title).

Check out the first episode of “A-TEEN” below: 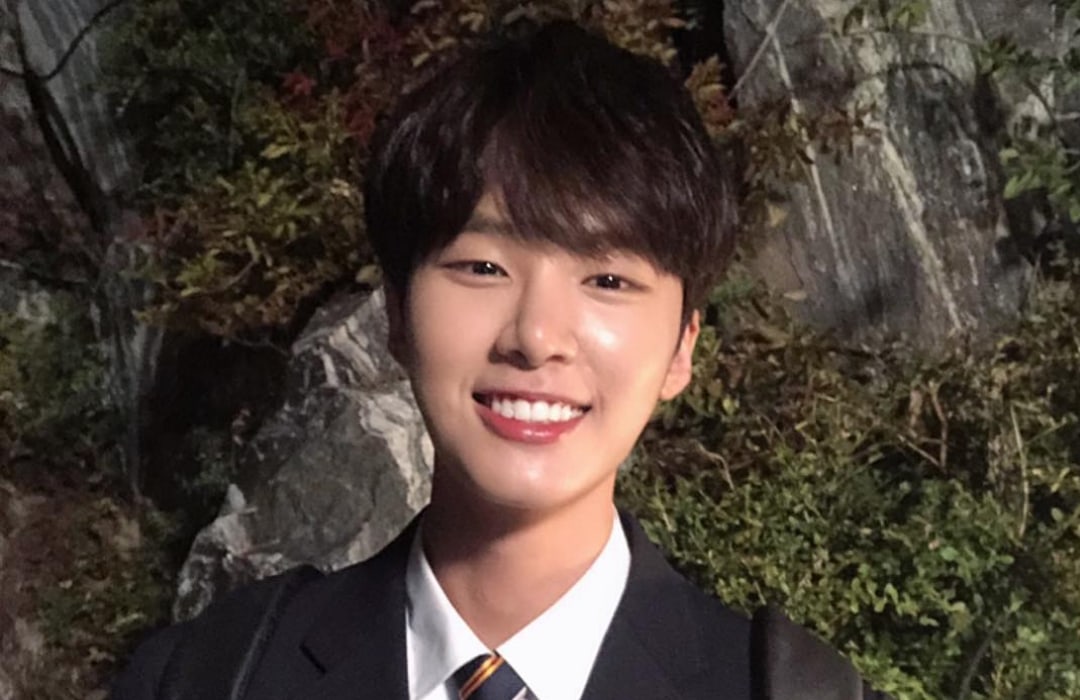 As one of Shin Ye Eun’s “A-TEEN” co-stars, rookie actor Kim Dong Hee followed in her footsteps by signing an exclusive contract with JYP Entertainment this September.

After stealing hearts as the charming Ha Min in “A-TEEN,” the young actor is currently receiving rave reviews for his emotional acting in JTBC’s satirical drama “SKY Castle.” 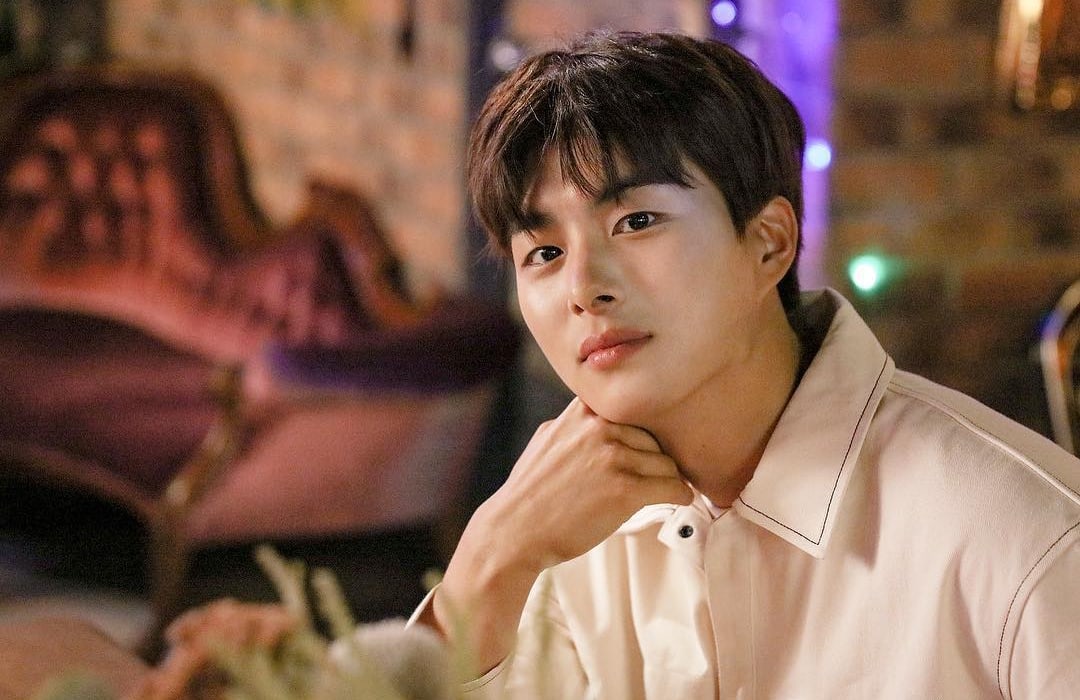 Jung Gun Joo has had a busy year: the actor rose to fame through his starring role in the web drama “Flower Ever After,” a realistic depiction of romantic relationships, and he also went on to star in the KBS drama special “The Tuna and the Dolphin.”

Jung Gun Joo most recently starred in the web drama “WHY” as the innocent Cha Yeon Woo, a pure-hearted soul whose first love unexpectedly breaks his heart.

Before his surge in popularity, the actor also made an appearance in DAY6’s music video for “I Like You” back in 2017.

Check out the first episode of “Flower Ever After” below: 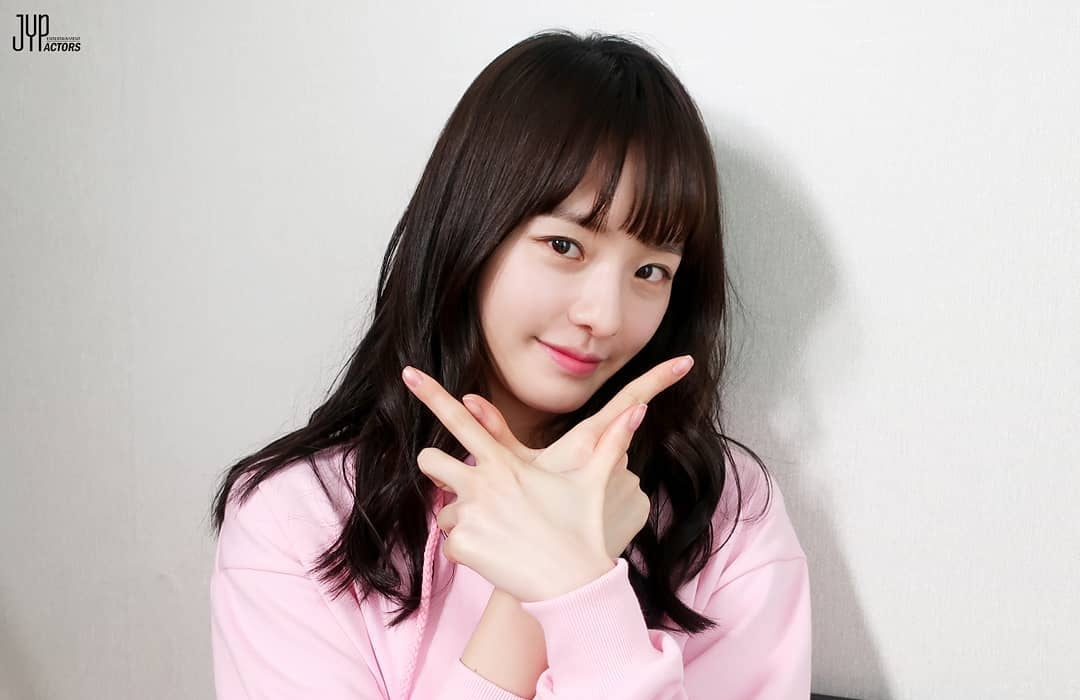 Park Gyu Young most recently appeared in JTBC’s “The Third Charm” as Seo Kang Joon‘s carefree younger sister, as well as Urban Zakapa’s music video for their title track “You’re the Reason,” in which she portrayed an office romance with ASTRO’s Cha Eun Woo.

The actress is currently filming the tvN romantic comedy “Romance Supplement” (working title), in which she will play a childish rookie employee of a publishing company, opposite stars Lee Jong Suk and Lee Na Young.

Notably, Park Gyu Young has crossed paths with fellow JYP actor Jung Gun Joo more than once—the two actors starred together in KBS’s “The Tuna and the Dolphin,” as well as DAY6’s music video for “I Like You.”

Watch Park Gyu Young and Jung Gun Joo in the music video for “I Like You” below: 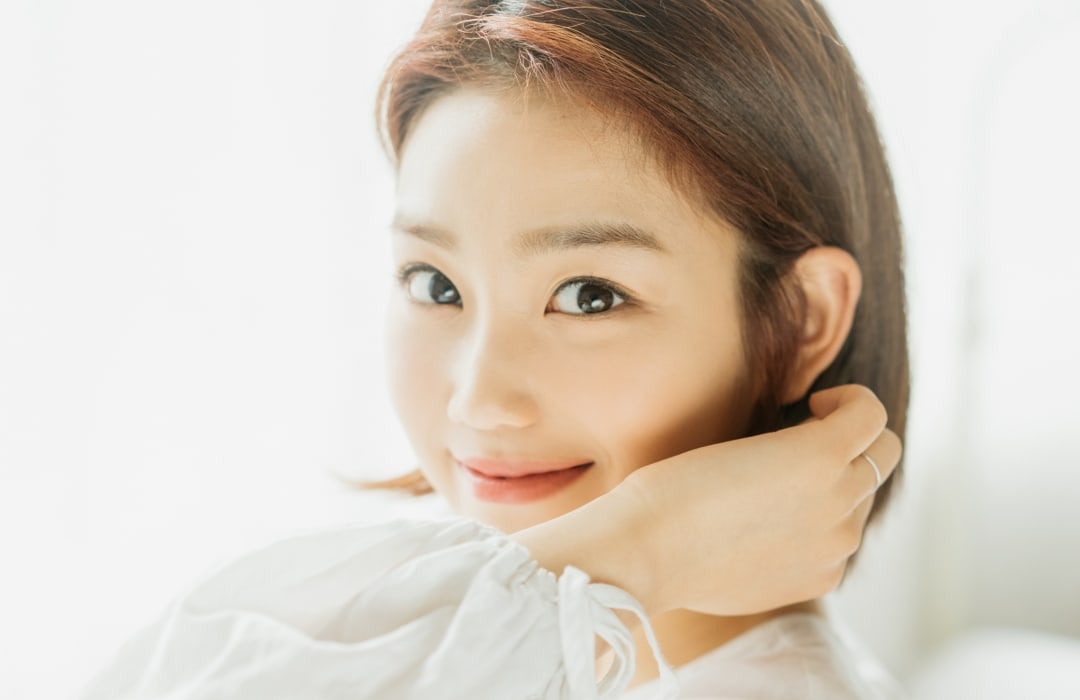 Although still relatively unknown, Jang Hui Ryoung has been slowly but surely leaving her mark on the Korean drama scene. The actress’s past projects include the hit dramas “Uncontrollably Fond,” “20th Century Boy and Girl,” and “Wok of Love,” all of which contributed to her reputation as a bona fide “scene-stealer.”

Jang Hui Ryoung has also starred in a number of JYP Entertainment music videos, including DAY6’s “Congratulations” and “You Were Beautiful“—both of which paired the actress romantically with actor Choi Woo Shik.

The rising star is currently appearing in both OCN’s medical exorcism drama “Priest” and tvN’s “Encounter,” in which she plays the girlfriend of Song Hye Kyo‘s ex-husband. She will also be starring opposite INFINITE’s Sungjong in the upcoming SBS short-form drama “Nurse Who Suddenly Appeared” (working title).

Check out the latest episode of “Encounter” below: 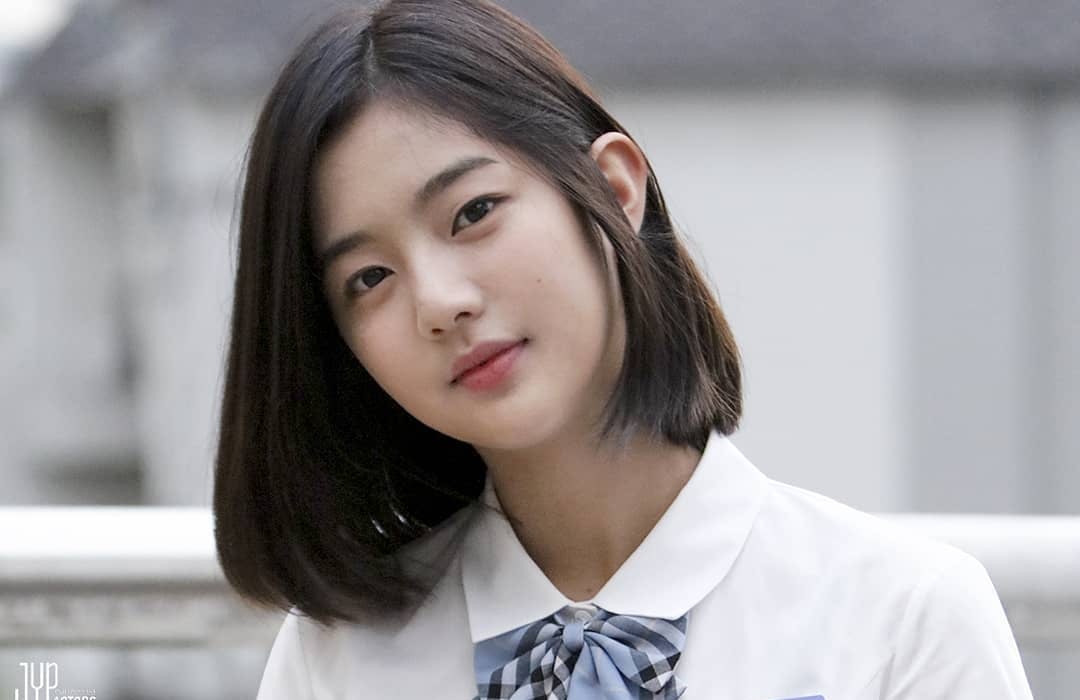 Shin Eun Soo, who made her acting debut opposite Kang Dong Won in the 2016 film “Vanishing Time,” recently drew praise for her skillful acting in MBC’s “Bad Papa.” The young actress caught viewers’ attention with her convincing, nuanced performance as Jang Hyuk‘s daughter.

Despite being only 16 years old (17 by Korean reckoning), Shin Eun Soo has also displayed a surprisingly mature outlook on her acting career. She recently remarked, “I’d like to become an actress who can pull off any role, without excluding any genres.”

Have any of these JYP Entertainment actors caught your eye? Share your thoughts below!