In a recent interview, former STELLAR member Gayoung took an emotional look back at her time in the group.

After debuting in 2011, STELLAR rose to fame in 2014 when they released the racy music video for “Marionette,” which was deemed unsuitable for minors. Both the music video and the group’s new sexy concept quickly became controversial, and STELLAR received a great deal of attention for their provocative outfits and marketing tactics. The group eventually went on to disband in February 2018.

During a newly released interview with Insight, Gayoung opened up about the STELLAR members’ struggles with both their sexy concept and the notoriety that came with it.

“In the early days of our debut, our concept was mostly cute,” she recalled. “We did try some weird things, like an alien [theme], but we had a cute concept that suited our age. We were able to garner a lot of interest as ‘the group that Shinhwa’s Eric produced.'”

She continued, “After releasing about three albums without seeing any results, our agency found itself in a [financially] difficult situation. Eric ended up leaving the company, and there was a time when the agency consisted of only our CEO and one manager. It was tough. Back then, even going to a cafe was too much of a luxury for us.”

Gayoung explained that it was only after taking on a racier image that STELLAR was able to turn things around.

“After spending about three or four years in obscurity, we finally got our name out there in 2014, through the song ‘Marionette,'” she said. “Because the concept was so shocking, the music video became a hot topic.”

However, Gayoung revealed that the members of STELLAR had not been entirely aware of just how provocative the music video would be.

“There was a scene in which [a member] spills milk,” she recalled. “The script said, ‘[The character] misses her ex-boyfriend; she tosses and turns in bed; she wakes up in the morning and drinks milk.’

“We thought, ‘Oh, she must be drinking milk because it’s the morning [and she just woke up].’ So that member was filming the scene and drinking milk, and [the director] told her, ‘Try spilling some milk.’ She thought, ‘It must be because [the character] is exhausted,’ so she ended up spilling some of the milk.

“Later on, while reading comments, she realized that the scene could evoke a certain image, and she was extremely shocked.”

Gayoung added, “The member who drank the milk was 20 years old at the time, and after [that incident], she was so traumatized that she no longer drinks white milk. She was really hurt. Because none of us knew [how that image would look].” 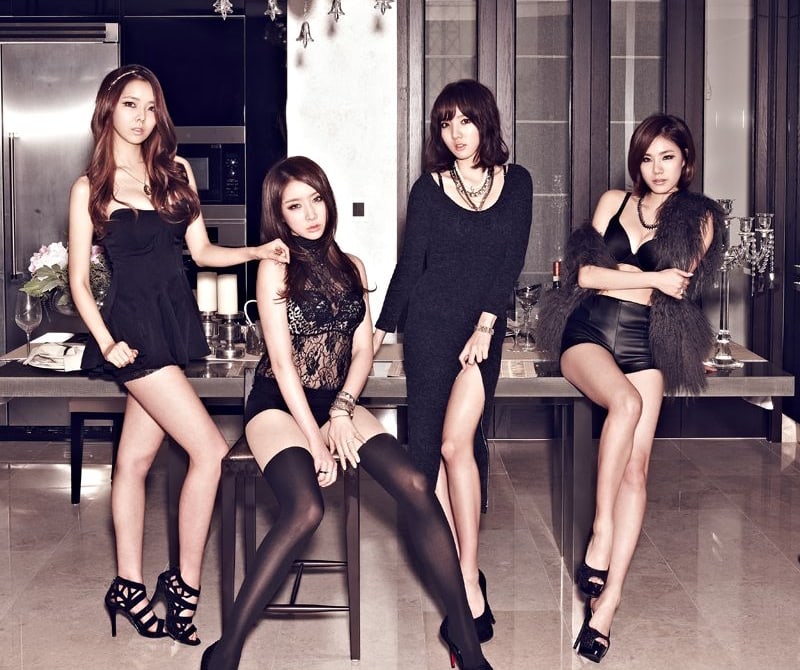 Gayoung went on to share another story about a time that STELLAR had felt somewhat blindsided by their agency.

“When we were preparing [for our comeback with] ‘Vibrato,’ they told us on the day of the shoot to try on these [revealing] new outfits,” she explained. “We said, ‘There’s no way we can dance while wearing these [outfits].’ They replied, ‘Just try them on. Why would you say no without even trying them on?’

“So we [tried on the outfits] and took only five photos or so while wearing them. Then, [after looking at the photos, we said,] ‘See? These outfits are too much.’ They told us, ‘Okay, change into something else.’ But they ended up using those photos for the release.”

“After we saw that they had been released, we called [our agency] and argued, ‘What happened?'” recalled Gayoung. “They said, ‘You didn’t know? Okay, then we won’t do that kind of thing from now on.’ But what could we do? The photos had already been released.”

She added with a sad smile, “I think they knew that all of the members were too nice and innocent [to argue].”

Additionally, Gayoung explained, “Because of the contract that we signed with our agency, whenever we said, ‘We don’t want to do this or that,’ they would respond, ‘Don’t forget about your contract with the agency.’ For a young person, that was scary. I think we had this fear that ‘if I refuse to do this, then I’ll have to pay this entire penalty fee, and things will be difficult for me.'” 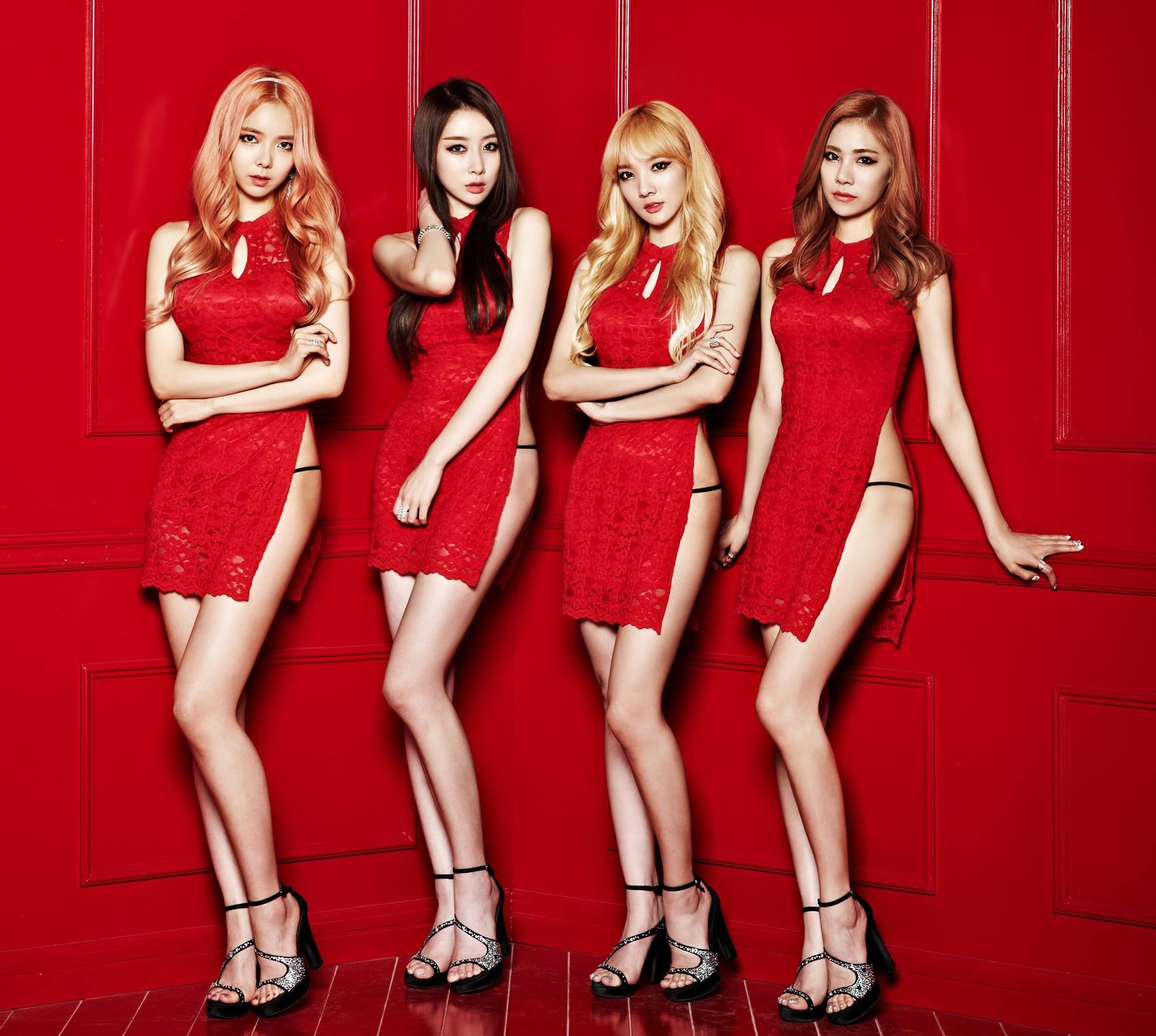 The former idol also expressed her regret that people only seemed to remember STELLAR’s controversial concepts.

“We released a lot of albums after ‘Marionette,’ but it turns out that most people only remember our shocking concepts,” she commented. “We did keep releasing new music and promoting, [but our other concepts] simply flew under the radar and went unnoticed. It was difficult [for us], because people only responded to shocking concepts.”

According to Gayoung, the STELLAR members have had a hard time escaping their provocative image.

“And when people heard that none of our members smoked, they would respond, ‘That’s definitely not what I would have expected.’ It seems like people have the idea that ‘[STELLAR] looks like they would enjoy those kinds of things.”

Gayoung confessed, “When someone asks me to dance STELLAR’s choreography offstage, I can’t bring myself to do it. Because when I was on stage, I thought of [our performances] as acting, the same way that you act in a drama or a film.”

She went on, “People seemed to think, ‘Oh, she must be like that in real life as well.’ That was really hard for me. I’m not that kind of person, and yet because of that one concept, the whole world sees me as this type of person.”

When asked whether she would choose to join STELLAR again if she could travel back in time, Gayoung tearfully replied with a smile, “No, I don’t think I would do it again.”

STELLAR
Gayoung
How does this article make you feel?