The Korea Popular Music Awards (KPMA) has issued an official statement following a recent controversy over the ceremony’s Popularity Award.

One of the most highly-anticipated winner announcements was for the Popularity Award category. The awards show had previously revealed that the winner would be chosen 100 percent based on votes. Voting was available on the KPMA website from November 26 to December 20 at 12 p.m. KST. Fans were able to vote twice per category every day free of charge or buy up to 20 “tickets” per ID to vote.

After a month of intense voting from fans, Wanna One placed No. 1 with over 1.51 million votes while second place went to EXO, who received 1.49 million votes. 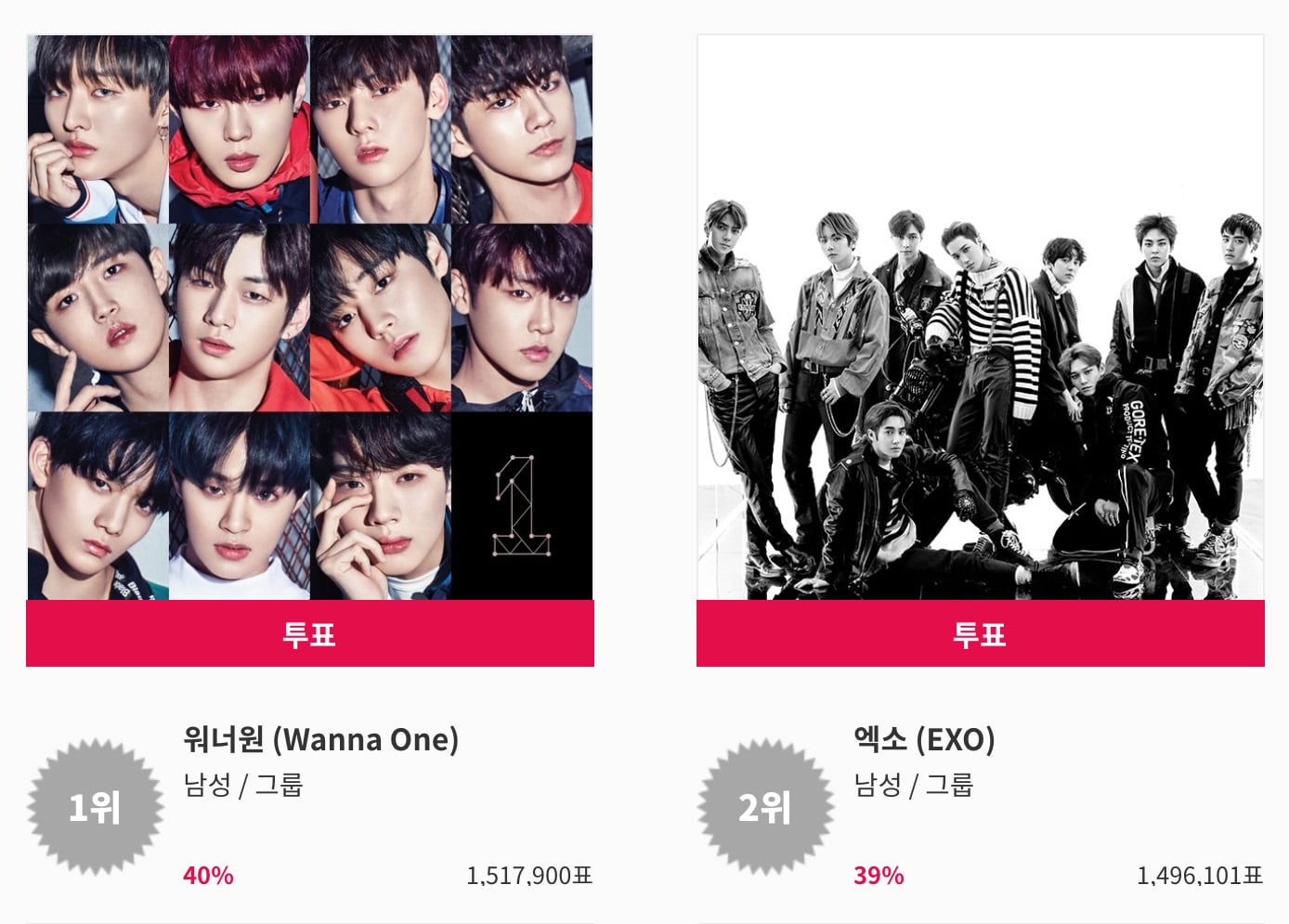 Although KPMA had promised that the winner would be awarded 100 percent based on votes, fans were surprised to see that there were two winners announced on the day of the awards ceremony: Wanna One and EXO.

As both groups had not received the same amount of votes, and the awards ceremony had previously clarified that all voting categories would combine both domestic and international votes, suggestions that there were two winners based on both Korean and international votes were turned down. Fans demanded an explanation and refund from the awards ceremony, as many had purchased voting tickets to help their favorite group win.

After the issue began to spread on Twitter and rank high on real-time search rankings of various sites, the 2018 KPMA issued an official response through their website on December 21.

Read their official statement below:

Hello. This is the KPMA organizing committee.

First, we would like to deeply thank fans and partakers for your support of the KPMA that was held on December 20.

In addition, we sincerely bow our heads in apology regarding the joint awards for the Popularity Award category at the 2018 KPMA.

We would like to apologize and explain the organizing committee’s position in regards to the joint awards for the Popularity Award category.

The ranking for this category was 100 percent based on votes. Wanna One was able to rank No. 1 with 1,517,900 votes while EXO ranked No. 2 with 1,496,101 votes. As this category was highly-anticipated by fans, the No. 1 and No. 2 ranks switched by narrow margins until the final moments of voting, and an unexpected outcome had occurred as voting came to an end.

The KPMA organizing committee decided to award the runner-up EXO as well, in the spirit of making “a celebration for everyone.” However, because we were not able to notify [fans of] this point clearly or explain this beforehand, we completely recognize that this was the negligence of the organizing committee.

We deeply apologize once again to Wanna One and EXO fans who expressed their interest in the KPMA, as well as to others who felt inconvenienced by this matter.

We will carefully reflect over this matter so such issues do not arise again in the future. We promise to make efforts in transforming into an awards ceremony that everyone can trust.

EXO
Wanna One
2018 Korea Popular Music Awards
How does this article make you feel?