EXO’s “Don’t Mess Up My Tempo” Climbs Back Up To No. 1 On Gaon Album Chart; WINNER And BTS Top Other Weekly Charts

EXO’s “Don’t Mess Up My Tempo” has returned to the top of Gaon’s latest weekly chart!

On January 3, Gaon Chart released its chart rankings for the week of December 23 to 29, 2018. EXO’s fifth studio album “Don’t Mess Up My Tempo,” which was released on November 2 of last year, shot back up the physical album chart to take No. 1 for the week.

“Don’t Mess Up My Tempo” first debuted at No. 1 on the chart for the week of October 28 to November 3, and it also topped Gaon’s monthly album chart for November. However, the album has not charted within the top five of Gaon’s weekly album chart since the end of November (with EXO releasing their repackaged album “Love Shot” shortly afterwards), making its sudden rise back to the top all the more remarkable. 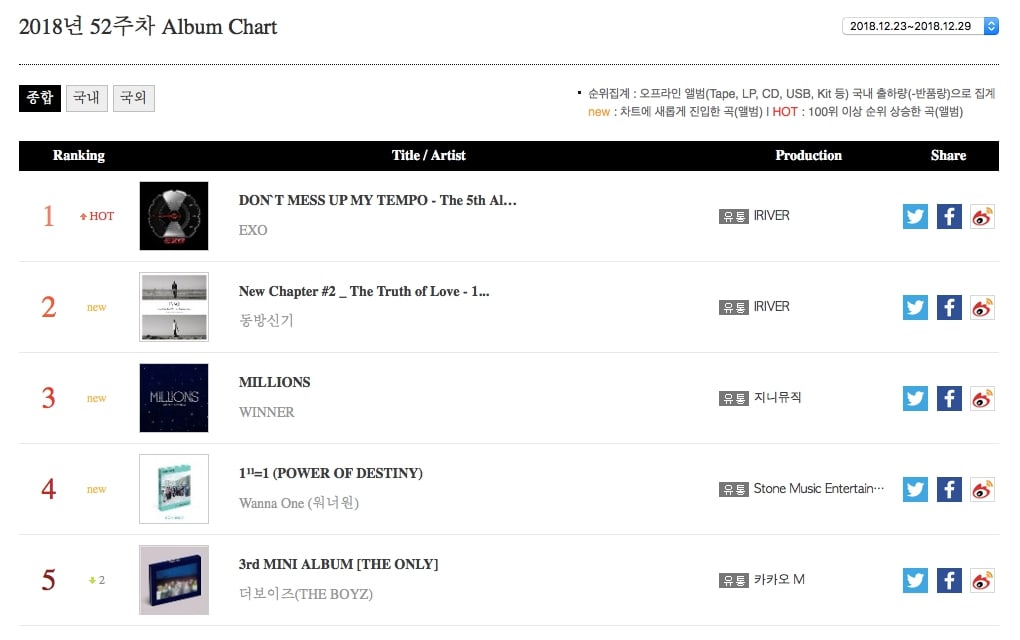 WINNER took two spots in the top five of this week’s digital download chart, with the group’s new hit “Millions” maintaining its position at No. 1 and Song Mino‘s “Fiancé” staying strong at No. 5. Ben’s “180 Degrees” charted at No. 3 for the week, followed by EXO’s “Love Shot” at No. 3 and Heize’s “First Sight” at No. 4. 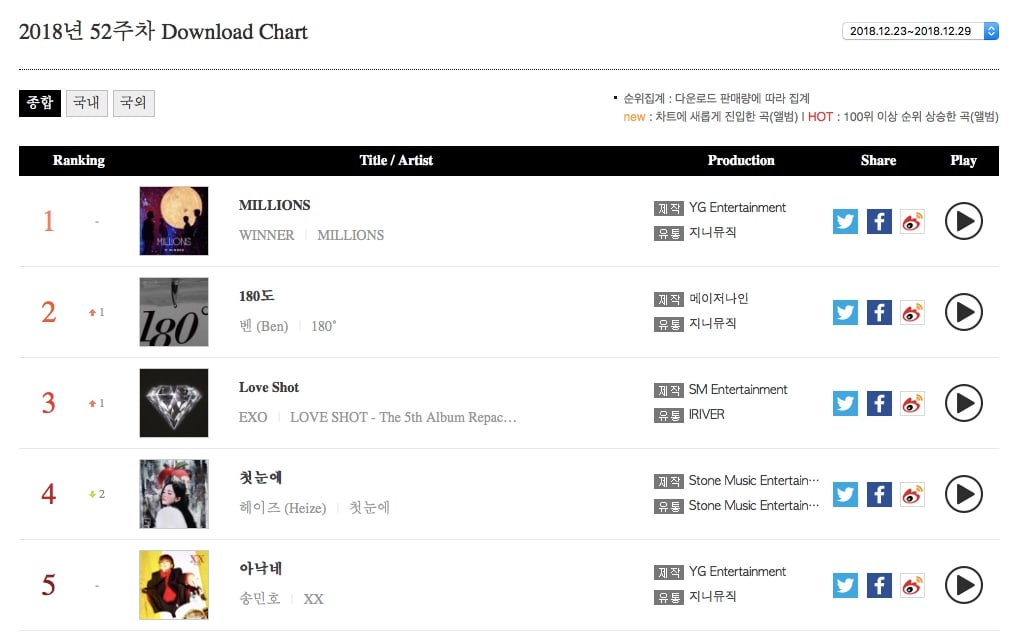 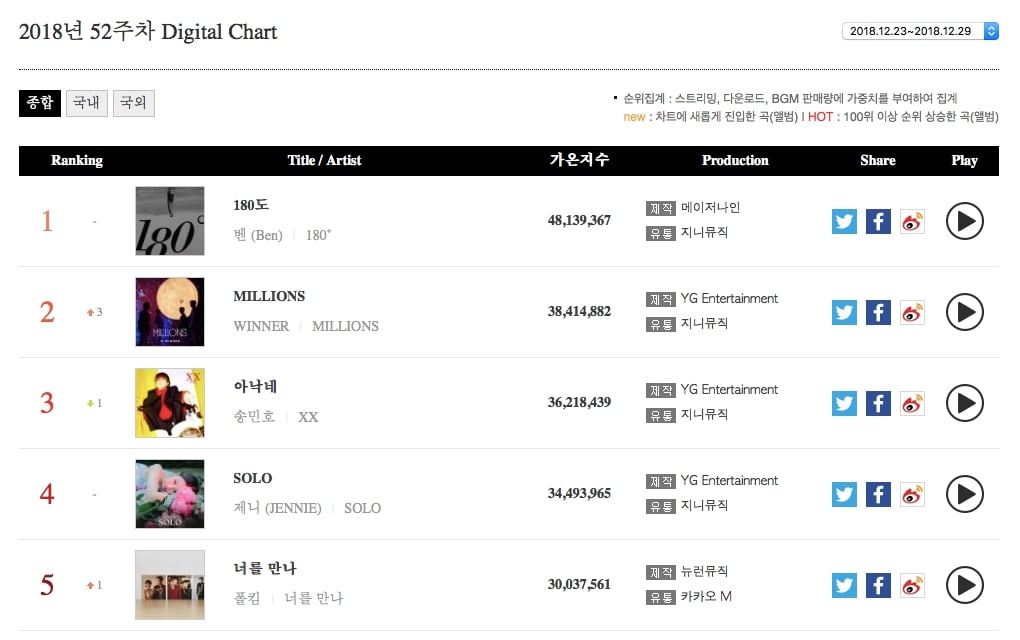 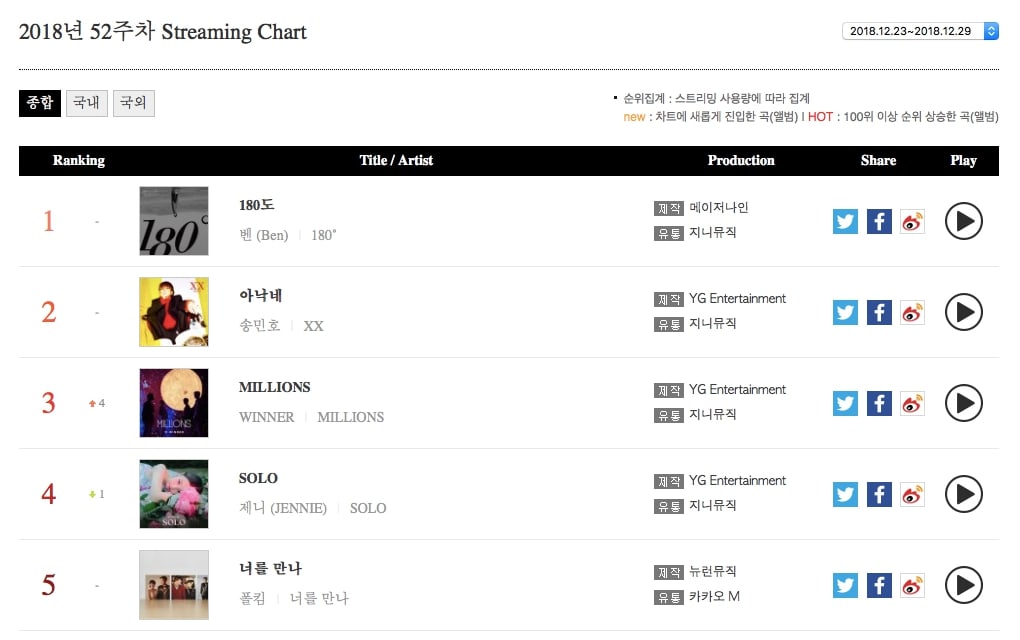 Finally, BTS continued to dominate the social chart this week, sweeping all but one of the top five spots on the latest chart. “IDOL” continued its reign at No. 1, followed by “DNA” at No. 2, “Fake Love” at No. 3, and “MIC DROP (Steve Aoki Remix)” at No. 5. Meanwhile, TWICE’s latest hit “YES or YES” held strong at No. 4 for another week. 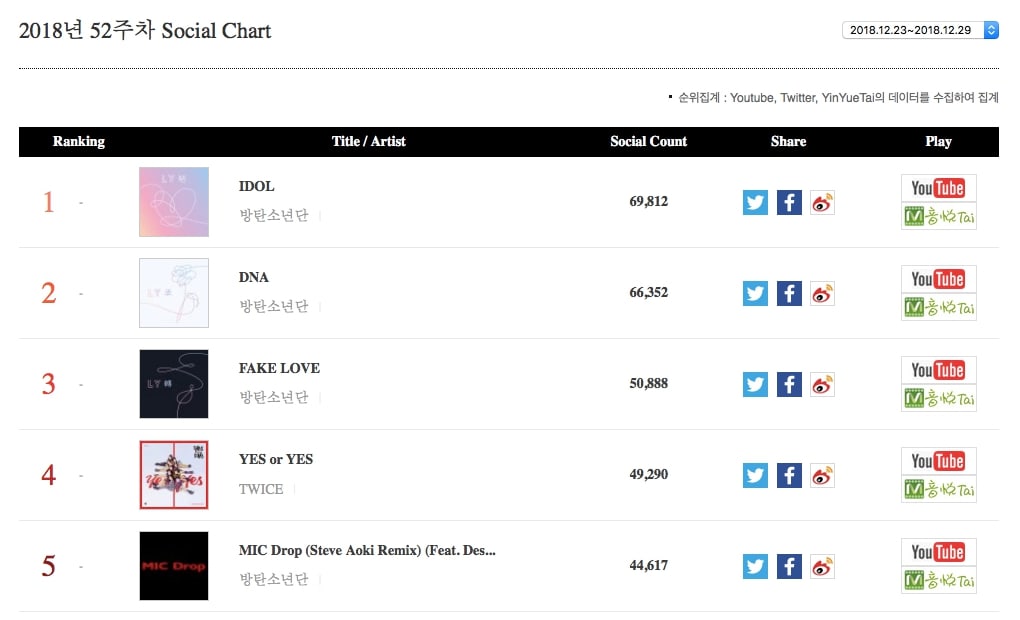