“The Crowned Clown,” airing Mondays and Tuesdays on tvN, is a remake of the 2012 hit movie “Masquerade” (starring Lee Byung Hun). When ruthless King Yi Heon (Yeo Jin Goo) finds out he is the target of assassination, he forces his doppelgänger Ha Seon, a lowly commoner working as a clown, to take his place on the throne.

After the premiere episodes aired this week, it was reported that the ratings were the highest ever for the network for a Monday-Tuesday show. And with good reason, too. The first two episodes are rich with story, conflict, and complex characters. Here’s a look at some of the things we loved and hated about the premiere.

Warning: Spoilers for Episodes 1 and 2 below.

LOVED: Diving right into the thick of things

Nothing is more frustrating than a drama that takes its sweet time in setting up the story line. This is definitely not the case with “The Crowned Clown,” as it dives right in and takes us along for a thrilling ride.

The story starts off with Crown Prince Yi Heon at his father’s deathbed, and the drama immediately paints a picture of who he is as a character — and it’s a complex one! Yi Heon and his father obviously share a painful relationship, and while their words to each other are biting and in disdain, Yi Heon’s pained expression when the father breathes his last breath is telling, as is his promise to “shield and cherish” the throne his father worked so hard to protect.

The story line only amps up from there, and despite being a premiere episode, it never feels expository, instead weaving the necessary information in naturally. The good and bad players are identified, and we are clued in to their respective agendas. The writers don’t drag out the big exchange either, having them do so by the end of the first episode, which appropriately gears us up for more excitement ahead. 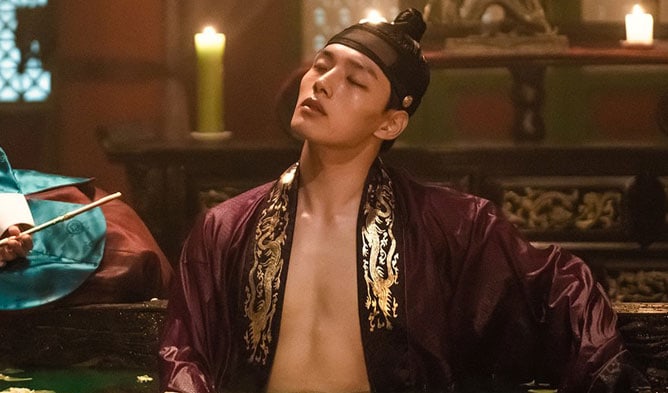 To say Yeo Jin Goo is doing a phenomenal job in this dual role is an understatement. He infuses the two characters of King Yi Heon and clown Ha Seon with such different energies, and it’s electrifying to watch, especially when the two “share” the same screen. Just looking at how they carry themselves, it’s easy to identify who is whom, as King Yi Heon is burdened, desperate, and slowly unraveling; whereas pre-palace Ha Seon is filled with vibrancy and life.

But alas, post-palace Ha Seon is now in a world tinged with danger and darkness, and the way Yeo Jin Goo plays Ha Seon when he is breaking down, as well as his subsequent resolve to embrace the dark world of politics, is just painfully captivating.

HATED: The death of the palace maid

The aforementioned breaking down of Ha Seon happens when he inadvertently kills one of his maids. Ha Seon has been shown to be someone who is bright, hopeful, and empathetic. And yet, it is because of this kind nature that he urges the hungry maid to eat his (poison-tainted) evening snack in his stead. I’m sure it has never occurred to him that a good deed could actually hurt, much less kill, and it’s that sense of shock as well as the realization that his life is in very real danger, that breaks him down and drives him away from the palace.

This is all of course necessary to the story line, and one that leads Ha Seon to witness an even greater tragedy that in turn brings him back to the palace. But this doesn’t numb the sadness of losing that poor girl as well as Ha Seon’s innocence.

LOVED: Queen So Woon and her men 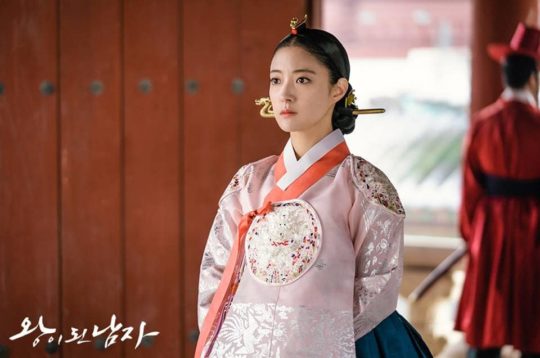 We get glimpses of Queen So Woon’s (Lee Se Young) virtuous and faithful character when she has to deal with Seon Hwa Dang, one of King Yi Heon’s conniving concubines; as well as when she is willing to risk her title as the Queen in hopes to save her father, Lord Yoo, from execution. Her gentleness is even able to bring out Yi Heon’s more humane side. Through flashbacks, we see that he has real affection towards So Woon, comforting her and promising to always stay together during her early days in the palace. Even in present-day, he doesn’t push further when she rejects his romantic advances. It’s a tense relationship, and as young folks today would call it, “It’s complicated.”

The interactions between So Woon and Ha Seon are just as telling and intriguing. Ha Seon’s simple, caring acts as well as his promise to save her father from execution seems to have an unexpected affect on her, and I for one can’t wait for both sets of these relationships to be further explored.

The way So Woon looks at Ha Seon, like she actually sees him for the first time.

LOVED: The foreshadowing of the eventual conflict

While palace politics will undoubtedly be a central conflict throughout, I can’t wait for Yi Heon and Ha Seon to go toe to toe, whether it’s for the Queen or for the throne/people.

With King Yi Heon and clown Ha Seon coming from two very different worlds, their outlooks and ways of doing things will naturally be different. But what Yi Heon probably doesn’t expect is for a lowly commoner like Ha Seon to go against his orders or the way things are usually done in the royal court. And that is what happens when Ha Seon disobeys Yi Heon’s decree and sends Lord Yoo into exile instead of killing him, as well as making sure So Woon has a chance to say goodbye, despite it being against palace rules. Ha Seon is going to bring about changes, and it’ll certainly not sit well with the already desperate and paranoid Yi Heon.

A good soundtrack always bolsters the watching experience, and a special nod should be given to the orchestral pieces (with hints of Korean instruments) underscoring all the action and drama. The swelling music is as epic as it is beautiful, and not only guides the viewers to experience the emotions firsthand, but also lends itself to creating an expansive world befitting a saeguk.

Have you watched “The Crowned Clown”? And can you say that 10 times fast without getting tongue-tied? Leave your thoughts in the comments section below!

Belinda_C has always been smitten with Yeo Jin Goo, but wow, his performance here is stellar! Come discuss dramas, Shinhwa, and SEVENTEEN with her on Twitter!