RBW co-CEO Kim Do Hoon gave some insights into the history of MAMAMOO as well as recent events while talking to news outlet Star News.

In the interview, Kim Do Hoon talked about how before MAMAMOO was formed, his goal was to produce artists that would be talented at singing and good at having fun on stage. They then chose artists from their pool of trainees who were ready at the time, and formed a girl group. “I thought that the success rate for groups was higher than that of solo singers, and it was easy to create the group as we’d been training them since the beginning as a group,” he explained.

He shared that there had been nine trainees at the time, and they’d cut the number down through evaluations. He said, “I had an image in my head, and we selected the members while evaluating based on that standard, which is how MAMAMOO was created. Ah, this is something that I’m saying for the first time. To be honest, MAMAMOO was a five-member group instead of a four-member group. They had five members right before their debut, but one member left after saying she’d find another path, so they became a four-member group.”

Kim Do Hoon also talked about the group’s name and debut track “Mr. Ambiguous.” He said, “We did a performance at the after party for Quincy Jones’s concert when he performed in Korea in 2013. The girl group that had five members at the time performed there. I’d just made a song for Quincy Jones, but the song’s name was ‘MAMAMOO.’ After that, one of our agency staff members suggested just using ‘MAMAMOO’ as their group name, and so that’s how their current name was chosen. Also the lyrics in the song ‘MAMAMOO’ were changed to Korean and became their debut track ‘Mr. Ambiguous.'”

When asked if the process up until debuting MAMAMOO had been smooth, Kim Do Hoon said that it had gone very well, particularly when considering how the members were compatible with each other. “I think that the most important requirement for a singer’s success is their own ability,” he said. “In the case of the members of MAMAMOO, they always exceeded my expectations when they did assignments as trainees.” He shared that while the process was fun, aspects such as the music video filming and styling had been difficult, as he hadn’t had experience in those areas. He added that it must have been hard for the members as well.

Kim Do Hoon was also asked if he had known MAMAMOO would be successful. “I was sure they would be successful,” he replied. “However, people at the company were split half and half. I was sure that they’d do well because they’re very talented and great at music, but there was negativity from people who thought that the standard method of achieving success for idol artists was important.”

He went on to say that MAMAMOO had been planned from the start to be presented as “artists” more so than other idol groups. “They’re clearly a group with an idol format, but since their debut we set out to convey the message to the public that they are ‘people who are good at music,'” he said. “For example, the first single they released was ‘Don’t Be Happy’ with BumKey. Their music video [for ‘Mr. Ambiguous’] included appearances by Don Spike, Baek Ji Young, Jung Joon Young, CNBLUE, Rhymer, and Wheesung. They had the concept that they were ‘musicians made by musicians,’ and we wanted to show that while they’re idols, they’re good at music. So in terms of music as well, in the beginning we used R&B soul rather than typical idol music.”

Kim Do Hoon credited the success of this concept to MAMAMOO themselves, saying that no matter how well a company plans something, it only works if the idols are able to pull it off. He also shared that they ask for MAMAMOO’s opinions a lot, including aspects such as their album jacket design, and that communication with the group members is essential. He added, “However, the members are so busy lately that we don’t talk as much as we used to. I don’t make decisions about clothing or hair now. When the album is decided upon, the MAMAMOO members and stylists make decisions to fit that.”

When MAMAMOO performed at the 2018 Mnet Asian Music Awards in December, Hwasa’s performance and outfit became a hot topic. Kim Do Hoon was asked if he hadn’t know about Hwasa’s outfit beforehand.

Kim Do Hoon replied, “To be honest, I was surprised when I watched the performance. I thought ‘Oh, it’s a bit short,’ but I trust the MAMAMOO members. The stylist team and the members work well together, and I think that it’s right for them to choose the outfits when they’re the people who are wearing them. It’s an outfit that they have to wear themselves on stage, so wouldn’t they care more than someone else?” 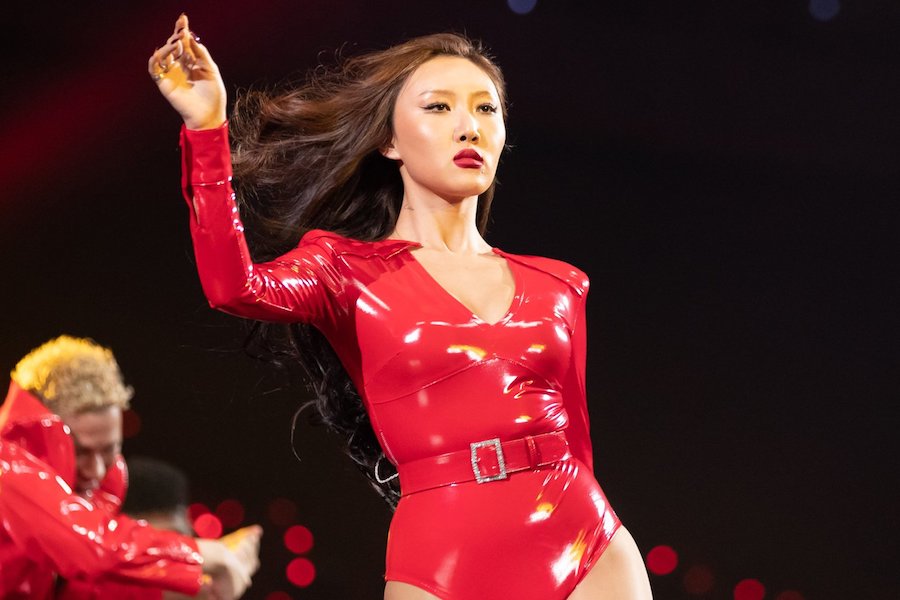 The interviewer mentioned that while there were many surprised reactions, there were just as many people who liked it. Kim Do Hoon said, “If Hwasa wasn’t playing the role of singer and had just worn that because she wanted to stand out, she would have been criticized greatly. However, she’s someone who’s good at both singing and performing, so I think they looked upon it in a good light. To be honest, Hwasa is someone who used to wear net stockings when she was doing evaluations as a trainee. So that kind of side of her was natural for us. I think it’s good because she’s now showing her own self bit by bit. I welcome that the members are showing their personalities.”

Recently, MAMAMOO fans expressed concerns about the members’ hectic schedule and asked for their concert to be moved to a later date. Although RBW initially stated that the concert would have to go ahead as planned, fans announced a boycott. The agency conducted a fan vote, and in the end the concert was postponed.

When asked about this, Kim Do Hoon said, “Firstly, I want to apologize to the fans. It was clearly my mistake for creating a situation in which the fans could misunderstand. Communication with fans is just as important as communication with the artists, but we were lacking. I’m reflecting on it. I’ll monitor more thoroughly in the future, and take fans’ opinions into consideration when making plans.”

MAMAMOO debuted in June 2014 with “Mr. Ambiguous,” and most recently made a comeback last November with their eighth mini album “BLUE;S” and the title track “Wind Flower.”