The account is already followed by celebrity friends including Wanna One members, EXO’s Chanyeol, VIXX’s Ravi, and more. 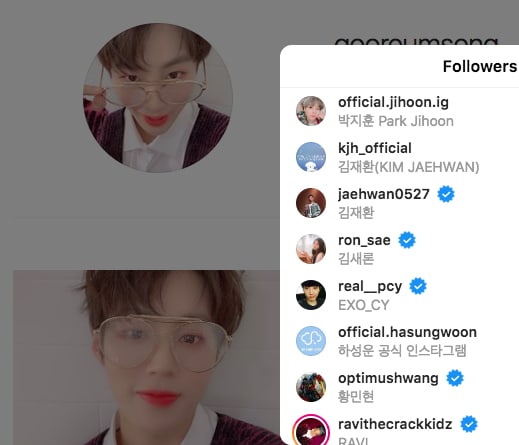 Ha Sung Woon posted a cute selfie with glasses on for his first post.

He commented through a video, “I will share diverse news [through the fan cafe] from now on, so please show lots of interest. I hope a lot of people who love and support me will come. Let’s meet often.”

With the launch of the fan cafe, ideas are being taken for his fan club name and official colors. Of the suggestions accepted from January 28 through January 31, Ha Sung Woon will select five options for each, and the final selections will be made through votes from fans.

Following the conclusion of Wanna One activities with their final concert on January 27, Ha Sung Woon is now gearing up for solo activities. He will be pre-releasing a digital single on January 28 at 6 p.m. KST prior to his solo album release in February.

HOTSHOT
Wanna One
Ha Sung Woon
How does this article make you feel?