On January 28, Good Data Corporation released their weekly ratings of the most buzzworthy dramas and cast members.

The Good Data Corporation analyzed 33 dramas that aired between January 21 and January 27 in the areas of online articles, blog posts, community forums, social media, and views on video clips.

Despite canceling the January 25 episode, JTBC’s “SKY Castle” managed to top the most buzzworthy dramas list for the seventh consecutive week. The drama also set a new record for the highest viewership ratings in cable network history when the penultimate episode of the drama scored an average rating of 23.2 percent nationwide.

In second place was SBS’s “The Last Empress,” which rose from No. 3 on the list last week. The drama was followed by tvN’s “Encounter,” which aired its final episode on January 24.

Park Bo Gum and Song Hye Kyo from “Encounter” also managed to keep their places as No. 1 and No. 2 on the buzzworthy actors list from last week. The rest of the list also featured Lee Na Young (No. 6) and Lee Jong Suk (No. 7), whose drama “Romance Is a Bonus Book” premiered on January 26. 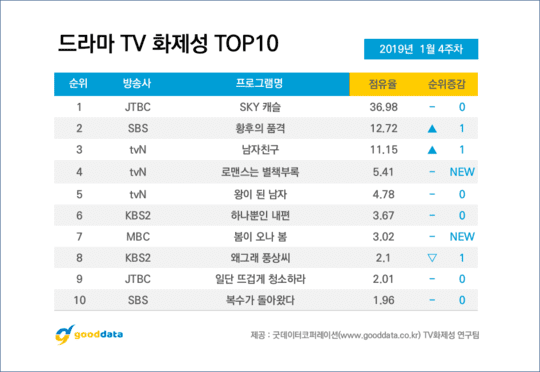 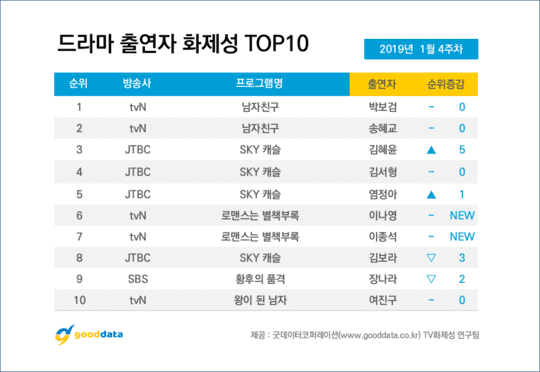