Dal Shabet member Woohee updated fans about what she’s been up to and shared her thoughts on acting in an interview with BNT International.

Woohee began, “I had to stand on my own as an actress, so I spent a lot of time thinking and organizing my thoughts. I met with my family, spent a lot of time with my mom, and spent time reorganizing my thoughts.” She recently signed with Fly Up Entertainment to pursue an acting career and starred in her first lead web drama “Number Six” alongside BTOB’s Minhyuk and Baek Seo Yi.

She continued, “It was so cold because it was near the sea. When we filmed outside at night, I shook even after putting hot packs all over my body. But since all of the actors were similar in age, we made many memories. We were all working hard, so we took care of one another and formed close friendships. Thinking back to it now, all of it is a memory.” She added that the cast remained close and talks every day in a group chat. 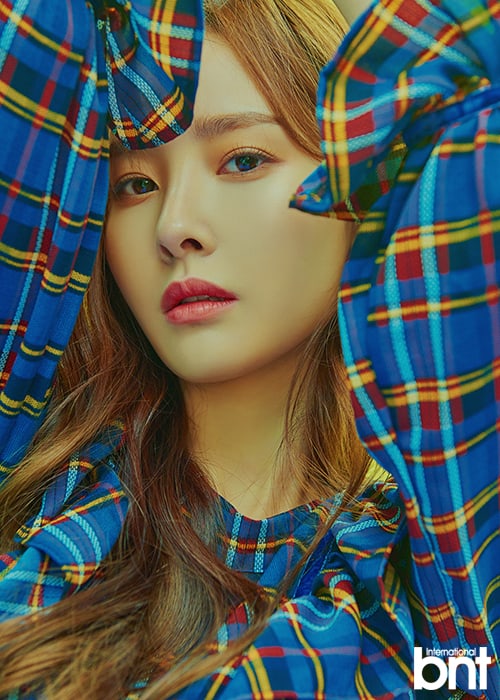 Woohee’s cousin Han Hye Rin is an actress who has appeared in dramas such as “Love Returns,” Blow Breeze,” and “My Unfortunate Boyfriend.” “We can’t meet up often, but she’s a helper who cheers me on the most,” said Woohee. “I’m able to lean on her a lot because we’re in the same line of work. I can’t see her these days because I’m so busy, but we talk on the phone often. After I decided to become an actress, I began to have many meetings and concerns, so I find myself going to her a lot. She understands my feelings even if I don’t say a lot. I’m really grateful.”

The Dal Shabet member revealed that because of her curious personality, she enjoys playing mobile games or watching videos on YouTube to fight off boredom. These days, she especially likes watching makeup artist Risabae’s videos after becoming interested in makeup. When the interviewer complimented Woohee’s beauty, she replied, “Since the past, I feel happier when female fans rather than male fans call me pretty. I heard that a woman calls another woman pretty only when she looks really pretty.” She then chose the dimples on each side of her face as her biggest charm. 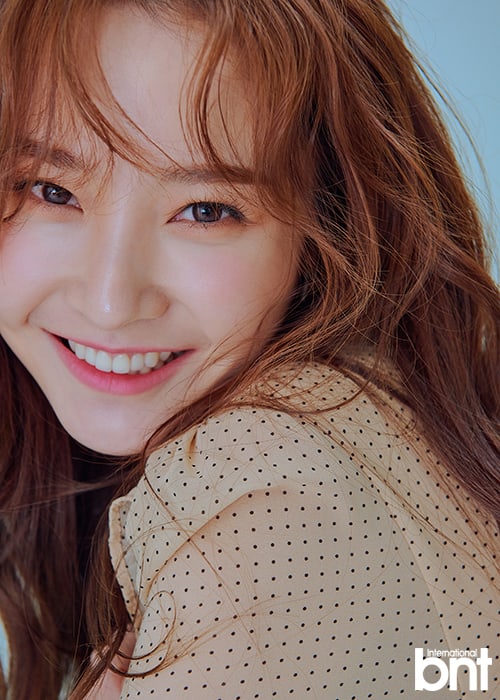 Naming Jo Jung Suk as an actor she wants to work with, Woohee explained, “I recently watched many movies. ‘No Mercy,’ where Lee Si Young plays the main character, was memorable. I thought that a female action film might lack some coolness, but the action scenes were amazing. I was in awe. I really want to try action scenes in the future.”

The singer-actress concluded with secrets behind her slim figure. “I walk a lot, and being more active definitely helps with your diet,” she said. “When I feel like my body is heavy, I reduce my food intake and drink a lot of water. I also go to sleep early. Not eating late night snacks and going to sleep early helps a lot. I had a habit of binge eating, but after changing my eating habits to eating small amounts of food throughout the day, I naturally began to lose weight.”

Check out more photos of Woohee below! 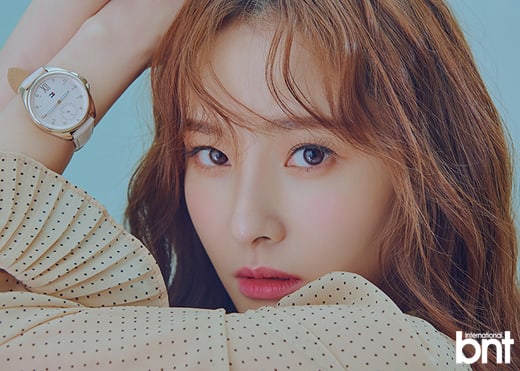 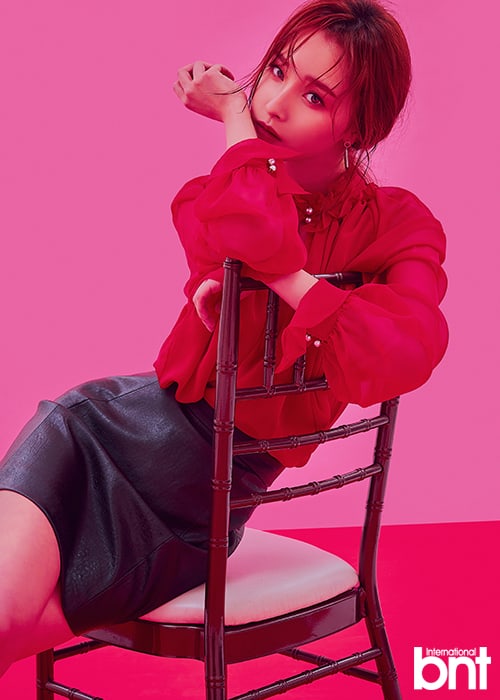 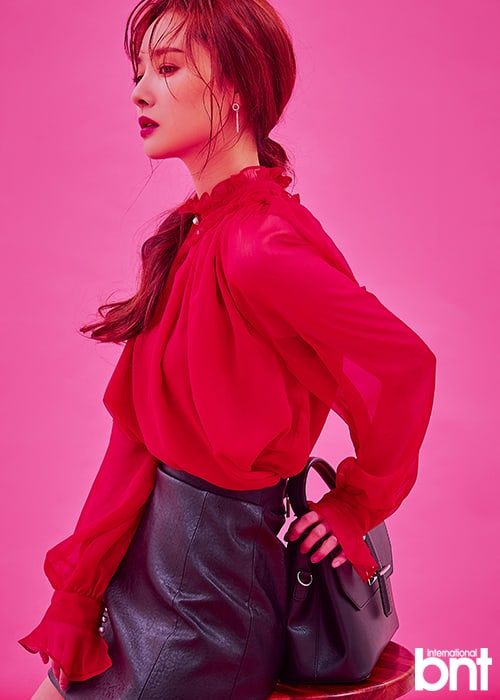 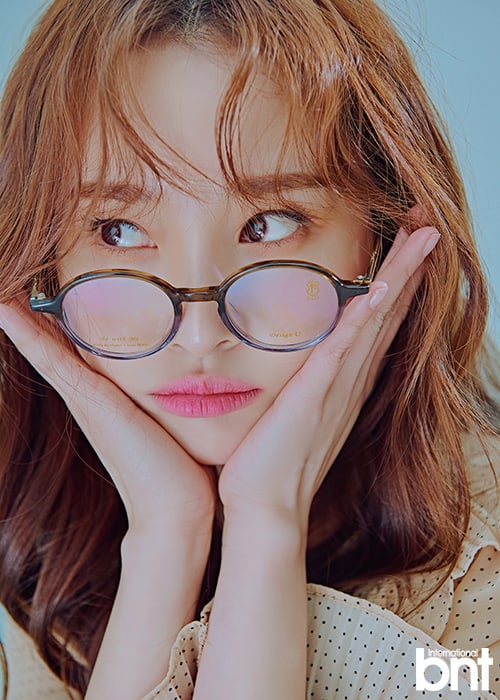 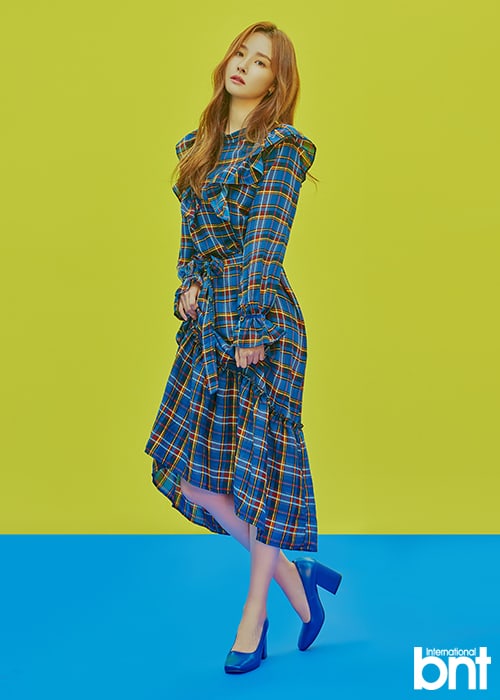 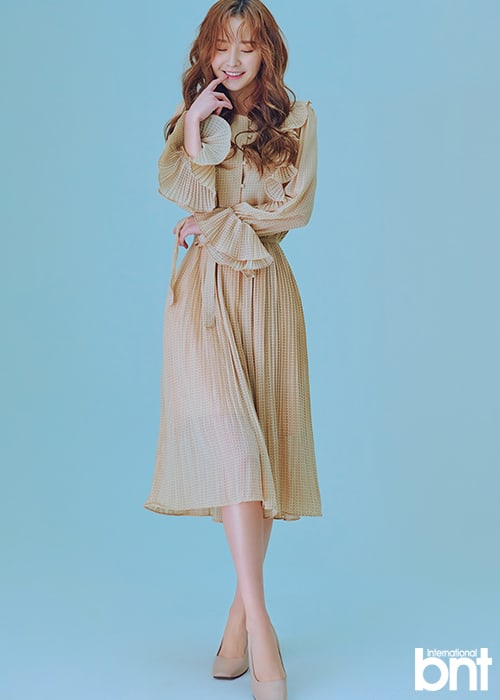 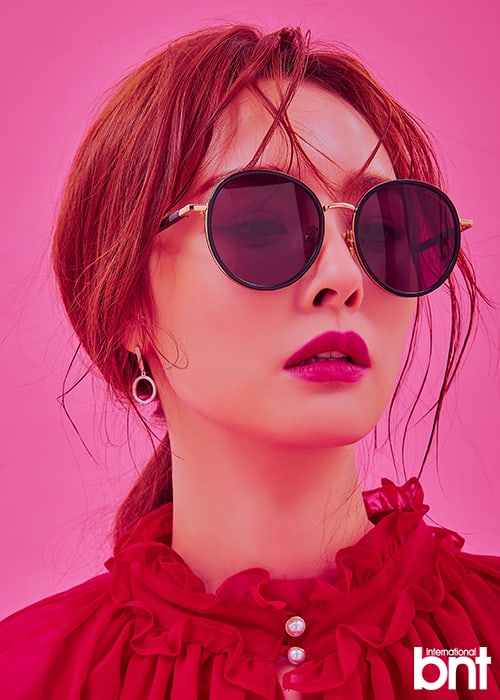 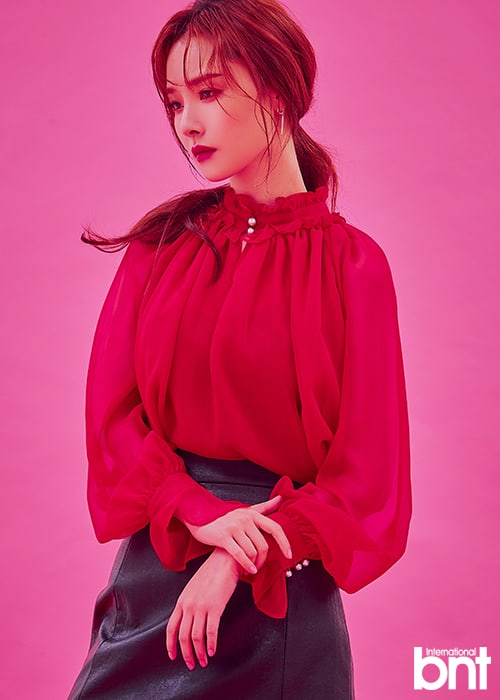 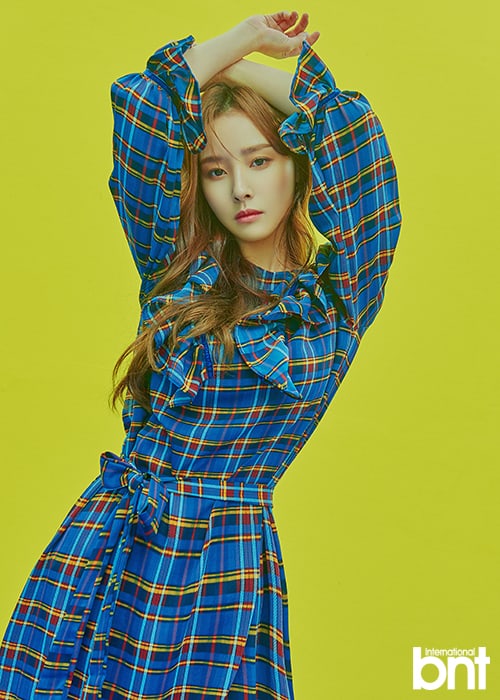 BNT International
Dal Shabet
Woohee
How does this article make you feel?