Epik High held their first “Blotuth TV” live broadcast on February 15 to talk to fans ahead of their much-anticipated album and tour!

They simultaneously broadcast their chat with fans via both V Live and YouTube, leading to some hilarious technical difficulties and confusion. During the show, they announced that they’ve finished mastering their upcoming album and it’s ready to be sent to the factory.

Tablo also cleared up their current situation after their recent departure from YG Entertainment. In response to curiosity about what agency they’re affiliated with now, Tablo explained that Epik High is now doing things for themselves.

Tablo was taking care of Haru that evening, and she was outside the room watching television with their manager while they did the broadcast. At one point, Tablo told his bandmates Mithra Jin and DJ Tukutz that he needed to go check on her because she was being too quiet.

He then brought Haru into the room. She said hello to everyone in Korean and English and then excitedly said she plans to talk about lizards on her own YouTube channel. When Tablo began to guide her out after she’d greeted the viewers, Haru kept waving at the camera, making the others laugh and say, “You want to stay, right?” 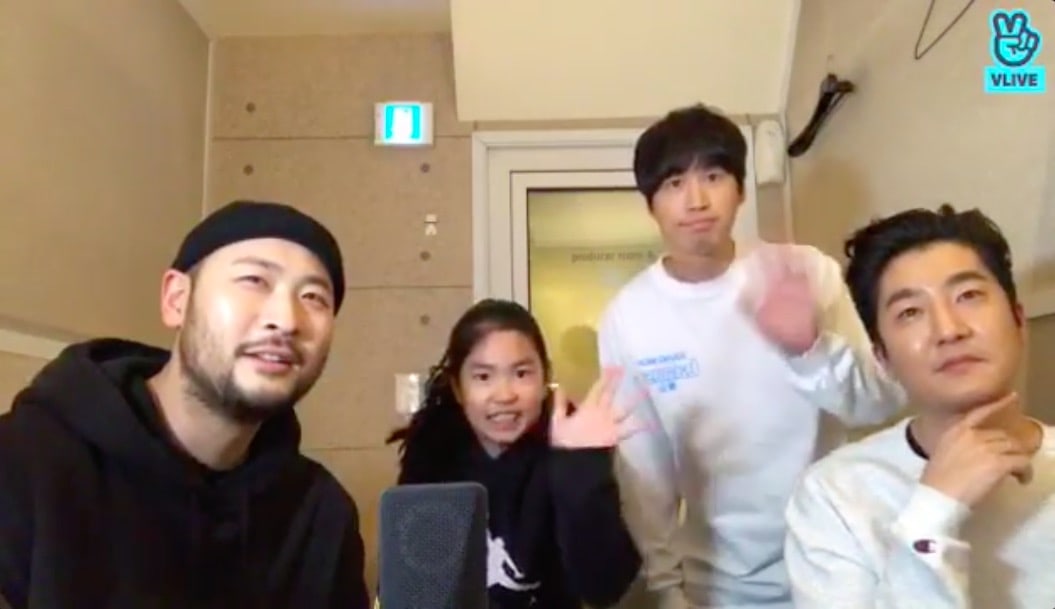 When Tablo came back in the room he said to them, “Do you know what Haru said when she left just now? ‘Dude they totally kicked me out!'” Tablo explained that Haru is interested in YouTube lately after they posted a video on Instagram a while ago, which she seems to be proud about.

Haru later came back in the broadcast in a rabbit hat to greet everyone again and also tried to steal Tablo’s seat. As Tablo guided her out of the room again he said, “Wow, you’ve really wanted to do stuff like YouTube!”

When he came back to his seat he said to his bandmates, “She keeps calling me ‘Dude’!”

Check out the V Live version of their broadcast below (in part one and two, with partial English subtitles), or watch it on YouTube! Haru first appears at about the 4 minute mark in part two, and then at 13:25.

Epik High will return with their new album on March 11, and they’ll then be heading on a concert tour in Europe and North America.

Epik High
Haru
Tablo
How does this article make you feel?