On February 15, Soompi got the chance to visit Lovelyz’s snowy fairytale world on the second day of their 2019 winter concert! 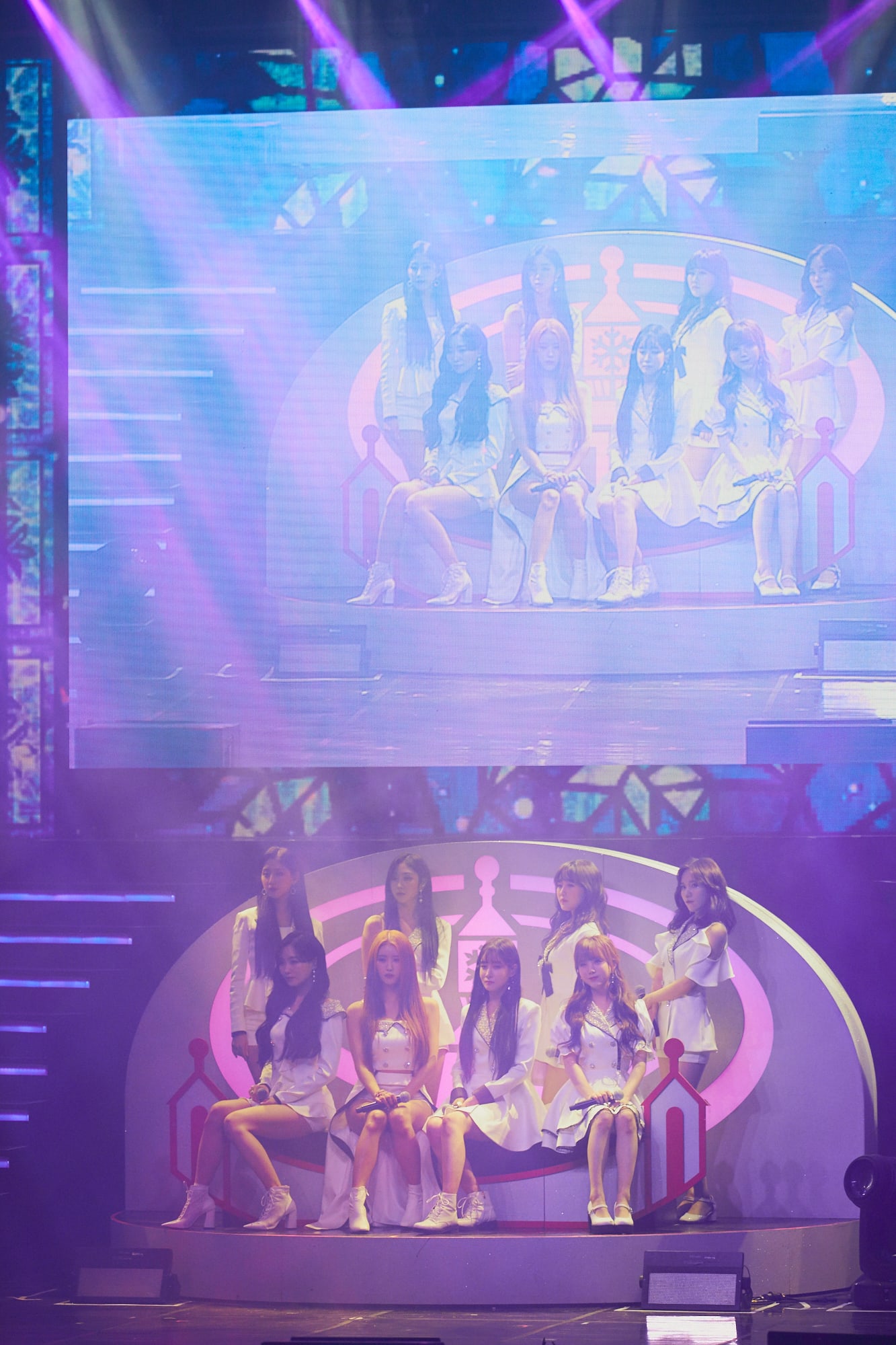 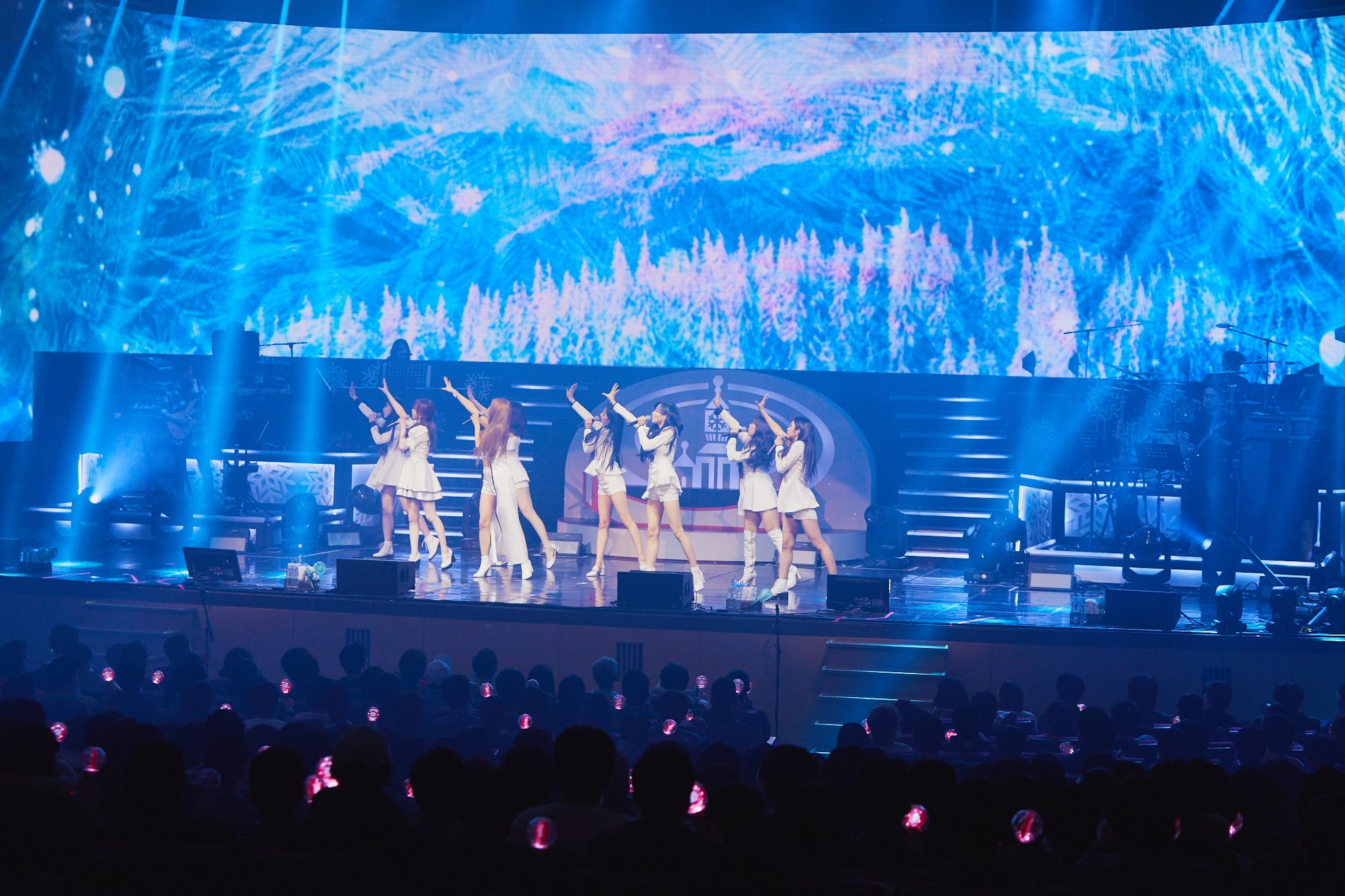 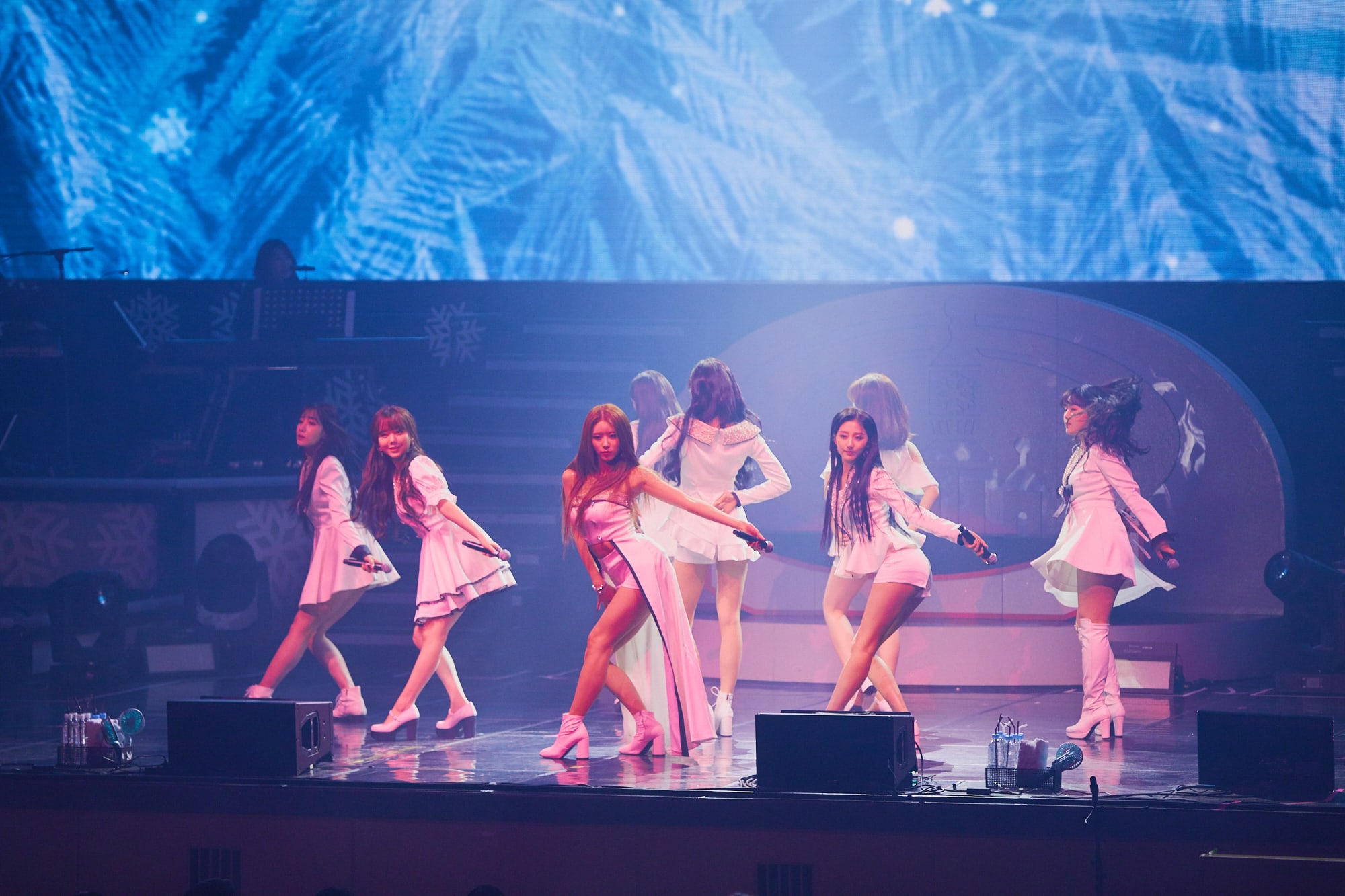 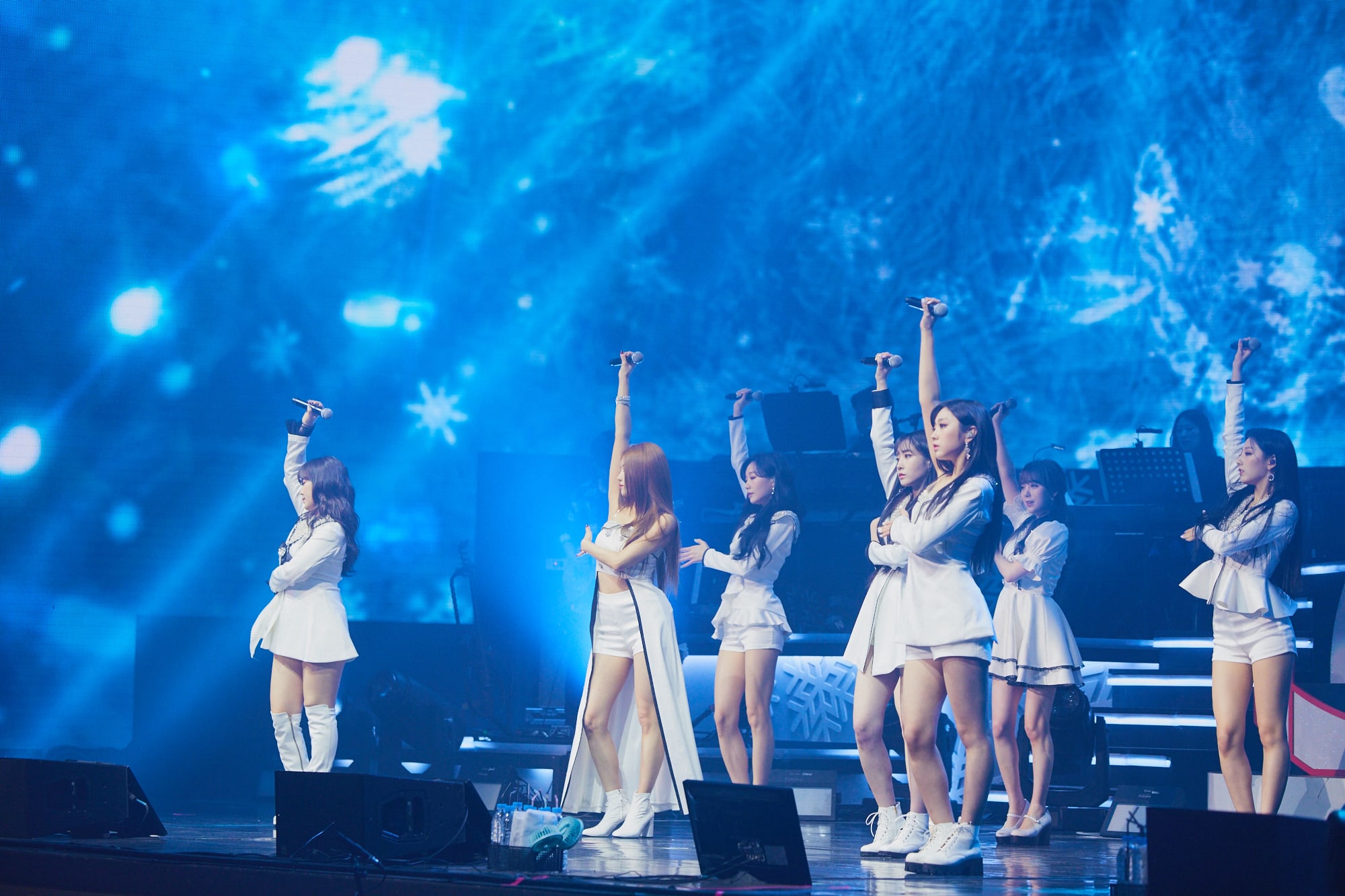 After the performance, Lovelyz introduced themselves and greeted fans as usual. Suddenly, at the sound of a whistle, the crowd yelled, “Now, we, we are Lovelinus!” and the members quickly understood that it was a small event Lovelinus had prepared to return Lovelyz’s greeting. The girl group teased their fans for being out of sync, and at Lovelyz’s request, the crowd introduced themselves a couple more times.

The concert was held on the day after Valentine’s Day, so Lovelyz said they had specially prepared stages that are even sweeter than chocolate. They were right, as their performances of the cute songs “Bebe” and “Amusement Park” were sweet enough to count as Valentine’s Day presents. Mijoo then did an aegyo-filled cover of Jiae’s part in “Amusement Park,” to Jiae’s disapproval. 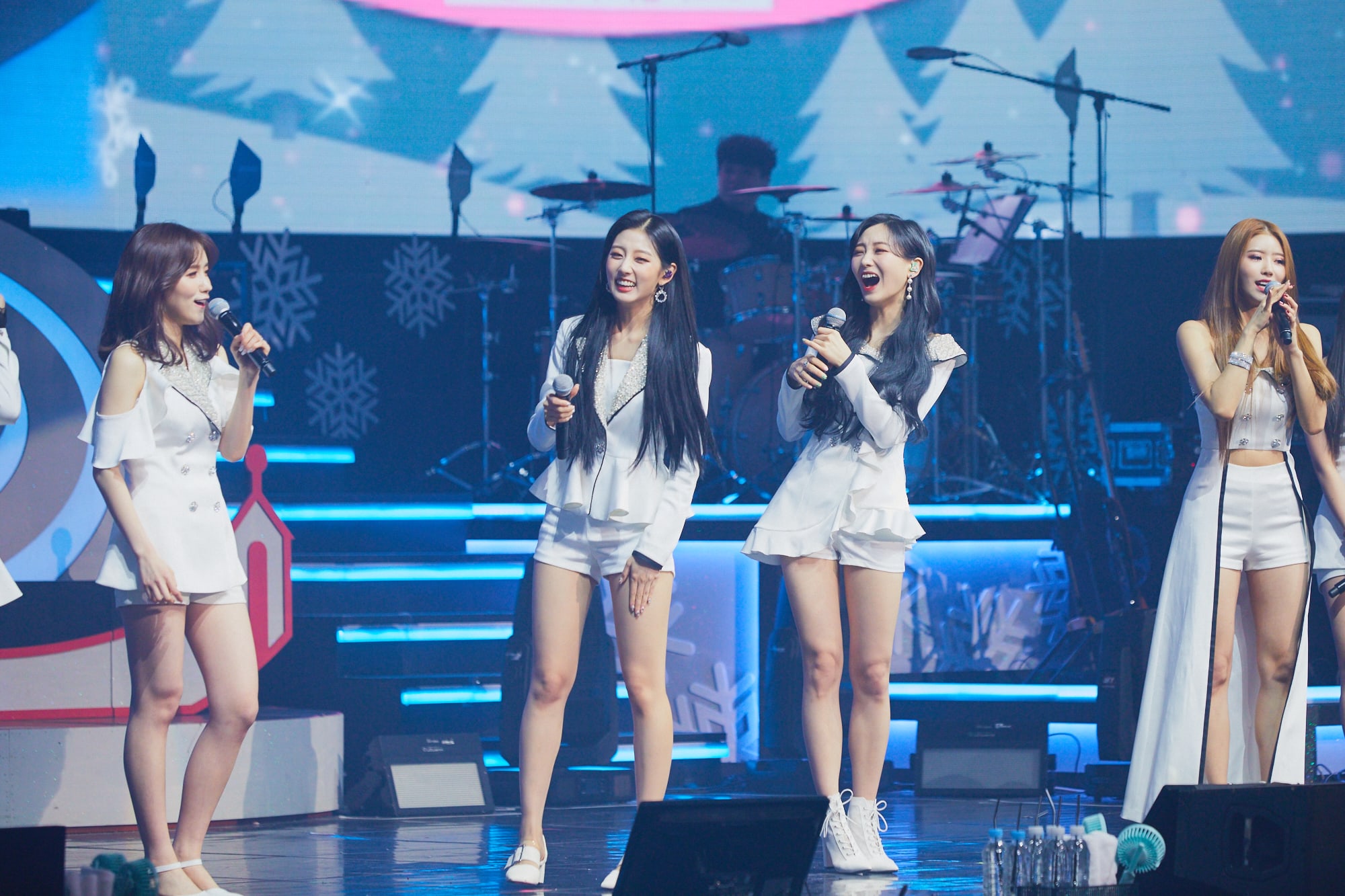 Together, they looked back on their “Lost N Found” promotions and rated how they did. Jiae gave themselves a five out of five, saying it was an opportunity for Lovelyz and Lovelinus to become more intimate than they were before. Sujeong, on the other hand, rated their promotions a one out of five because Lovelyz has always been close with Lovelinus, and she wanted to leave room for Lovelyz and their fans to become even closer in the future. 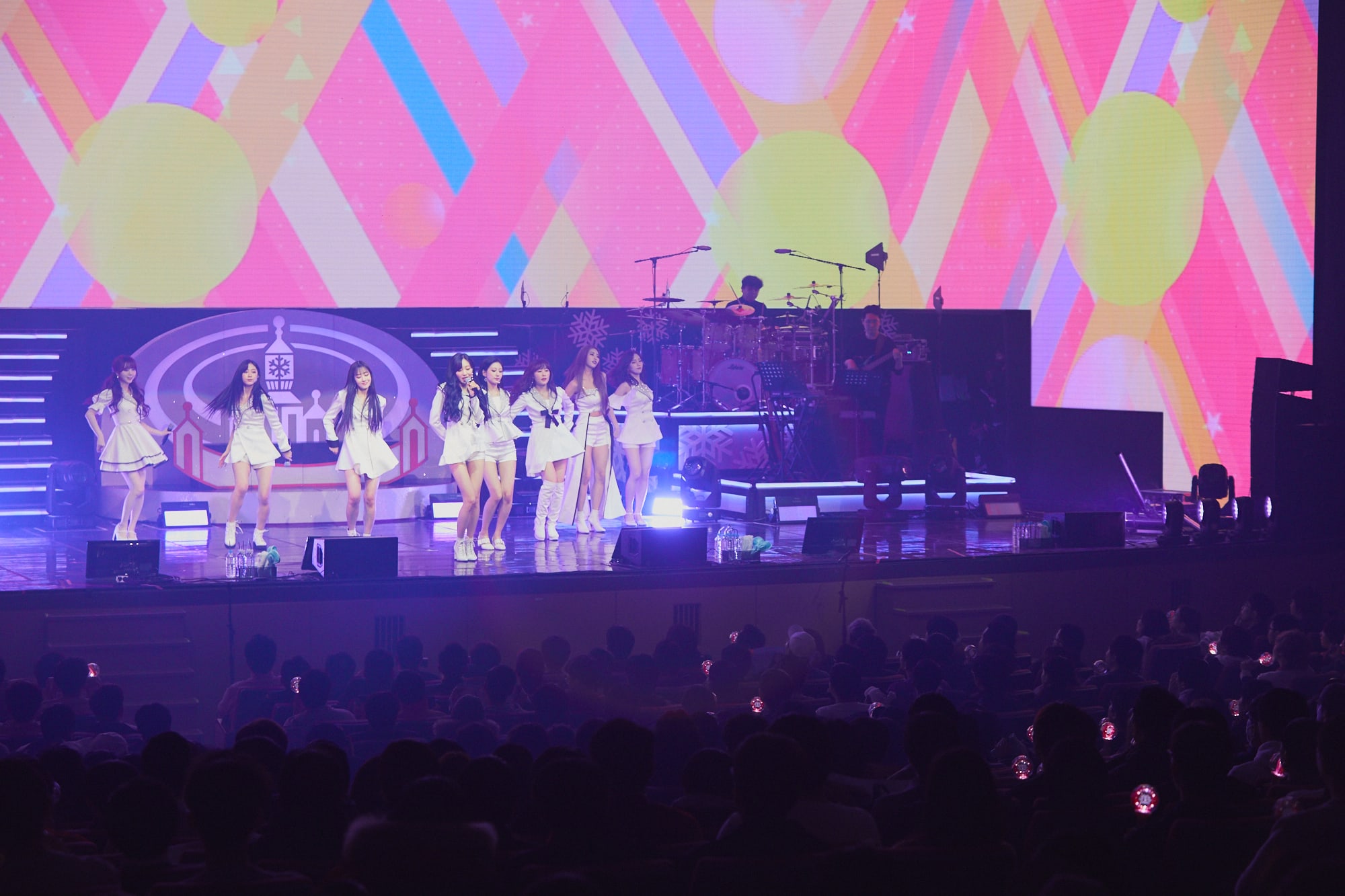 Following energetic performances of “Like U” and “Emotion,” Lovelyz sang a special ballad medley of “Floral,” “Wag-zak,” “Rewind,” and “First Snow” with each song representing one the four seasons. 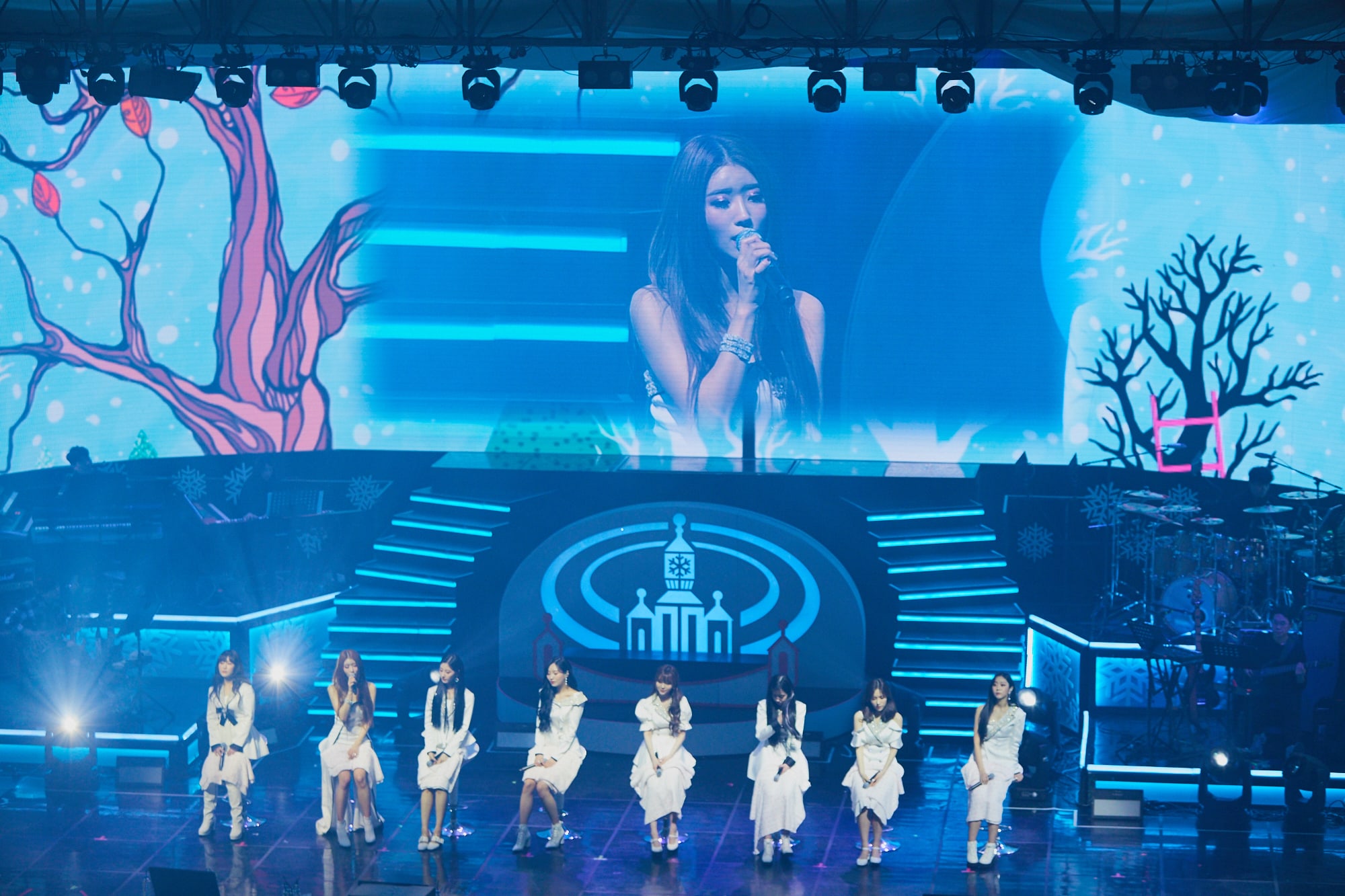 Next up, Jiae, Sujeong, and Jisoo showcased their versatility through diverse solo stages. Sitting on a chair surrounded by flowers, Jiae sang “Flower Way” by gugudan’s Kim Sejeong, and the song fit perfectly with her soft, lovely vocal tone. 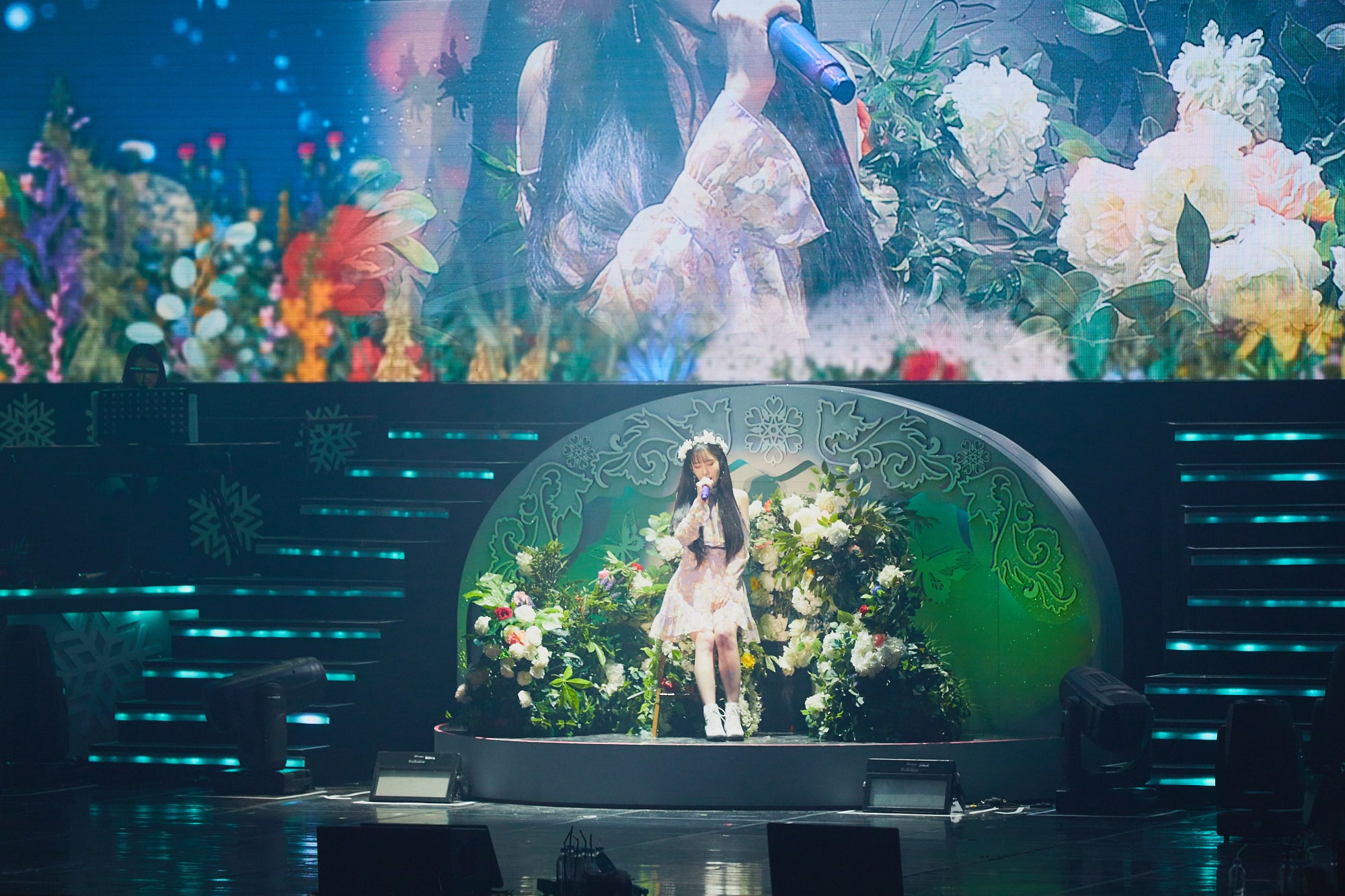 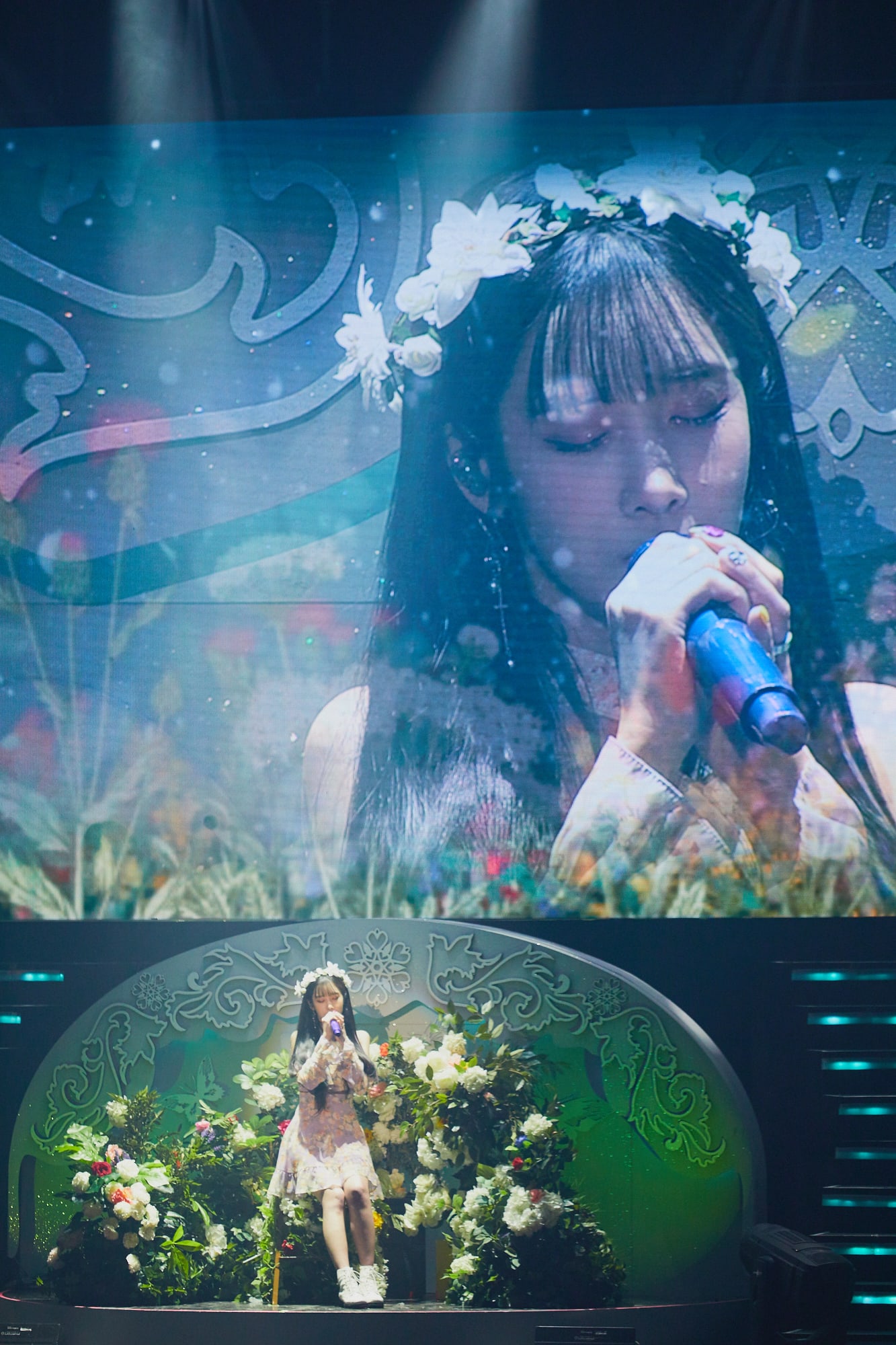 Sujeong, who turned 23 by Korean reckoning this year, changed up the atmosphere and showed her sexy side with a cover of IU’s “Twenty-three.” 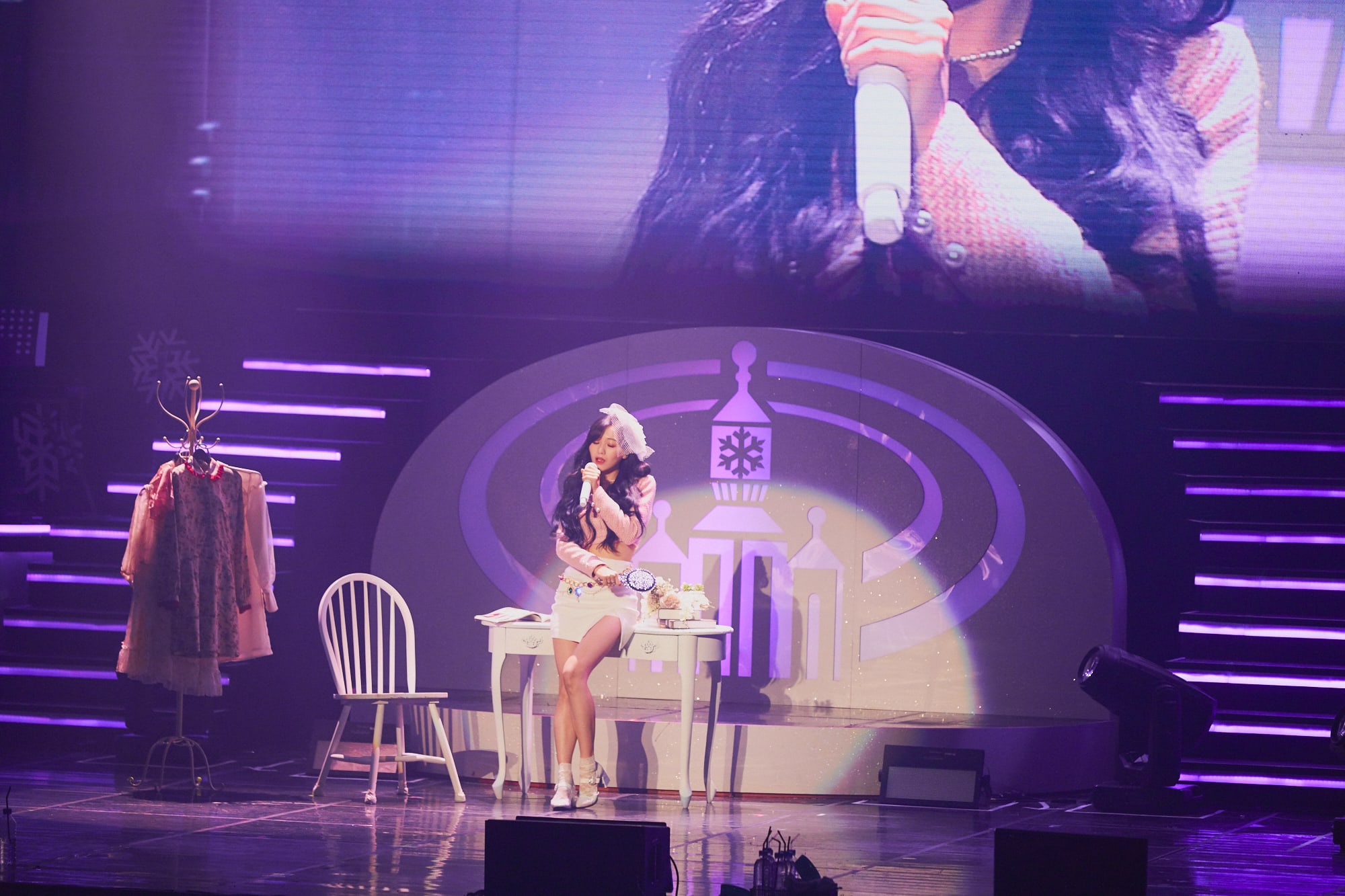 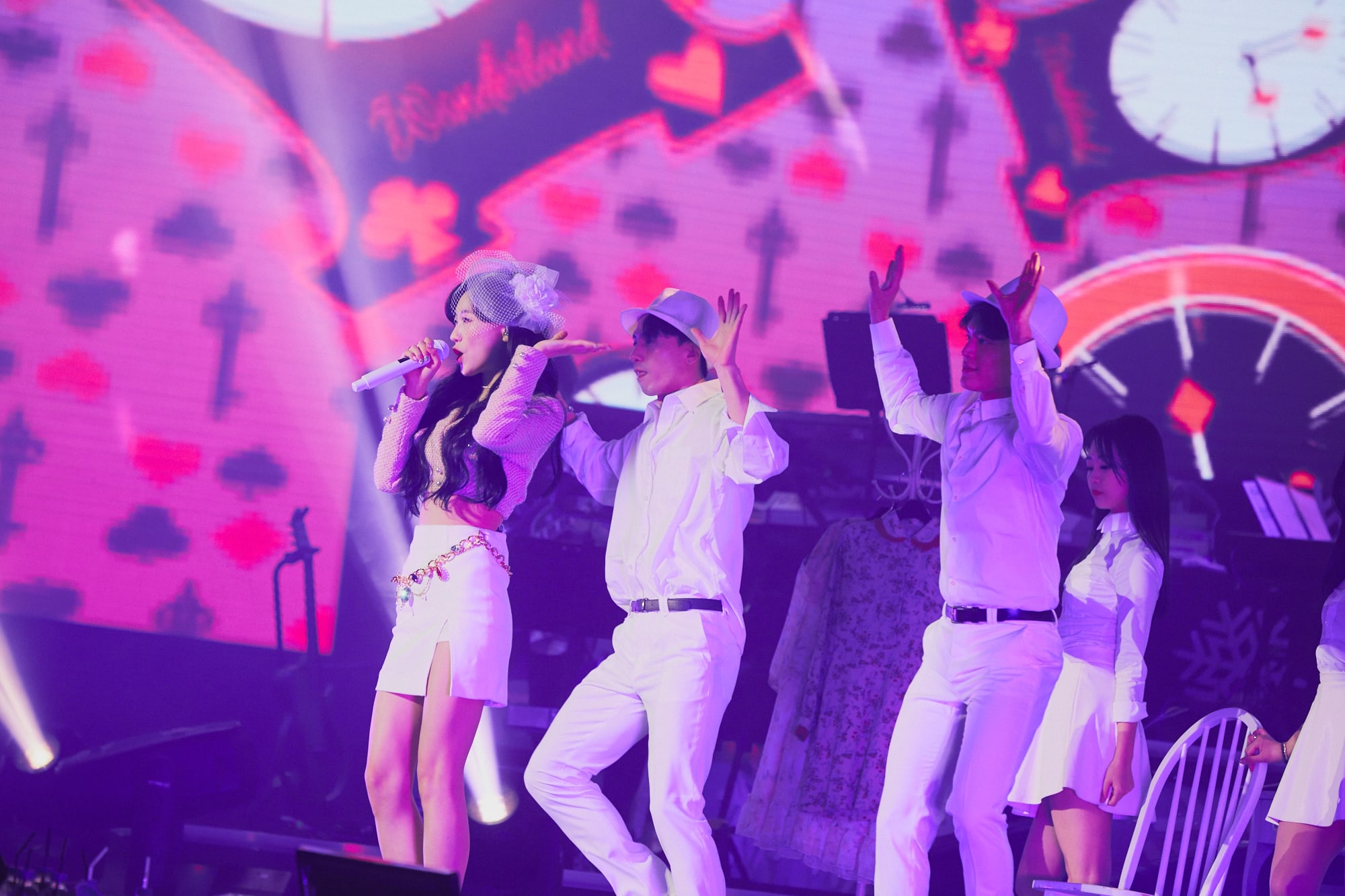 Lastly, Jisoo performed a medley of British rock band Queen’s “We Will Rock You,” “Ay-Oh,” and “Bohemian Rhapsody.” She conquered the whole venue by walking down the stage into the audience, making the crowd go wild. 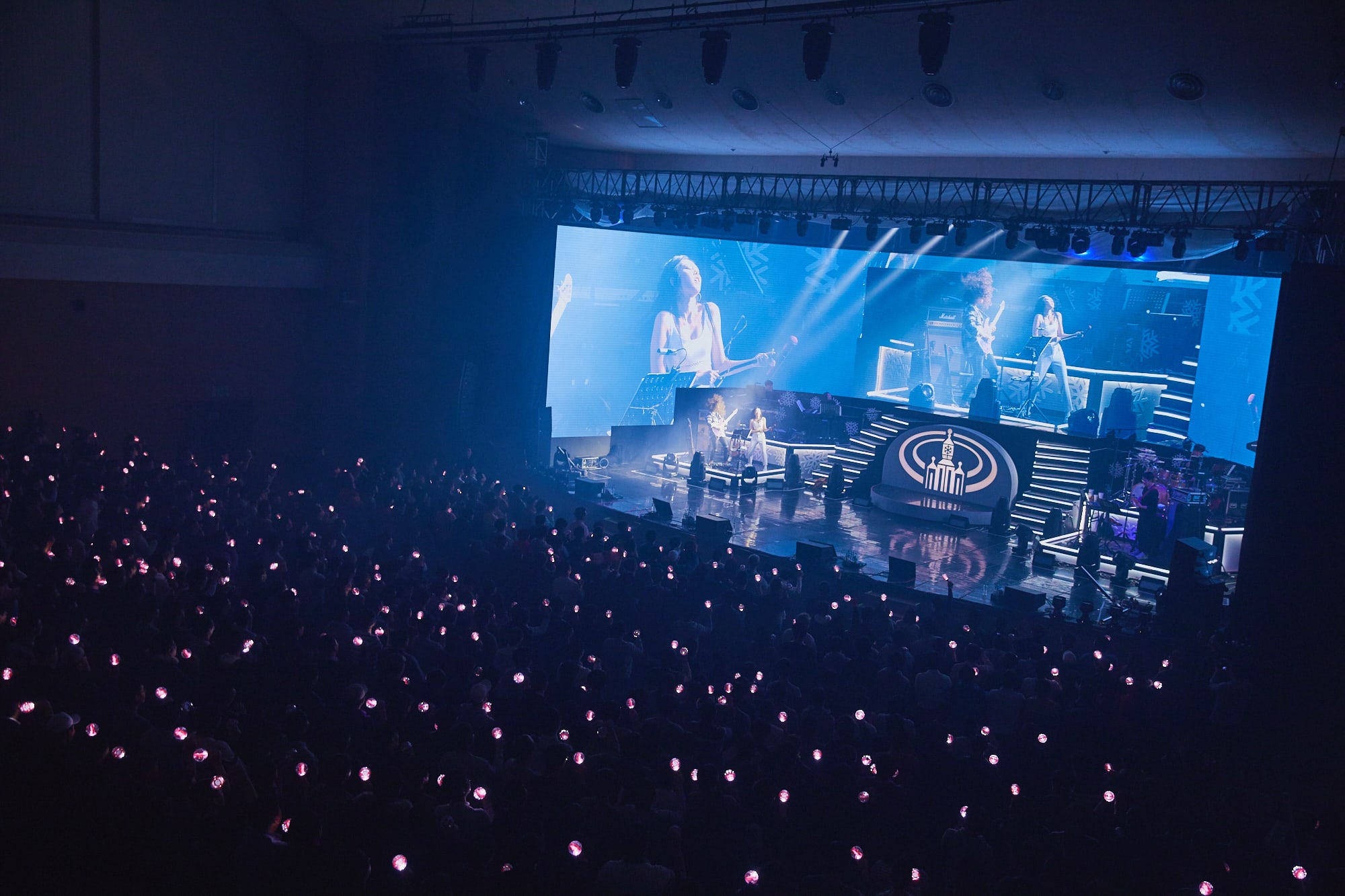 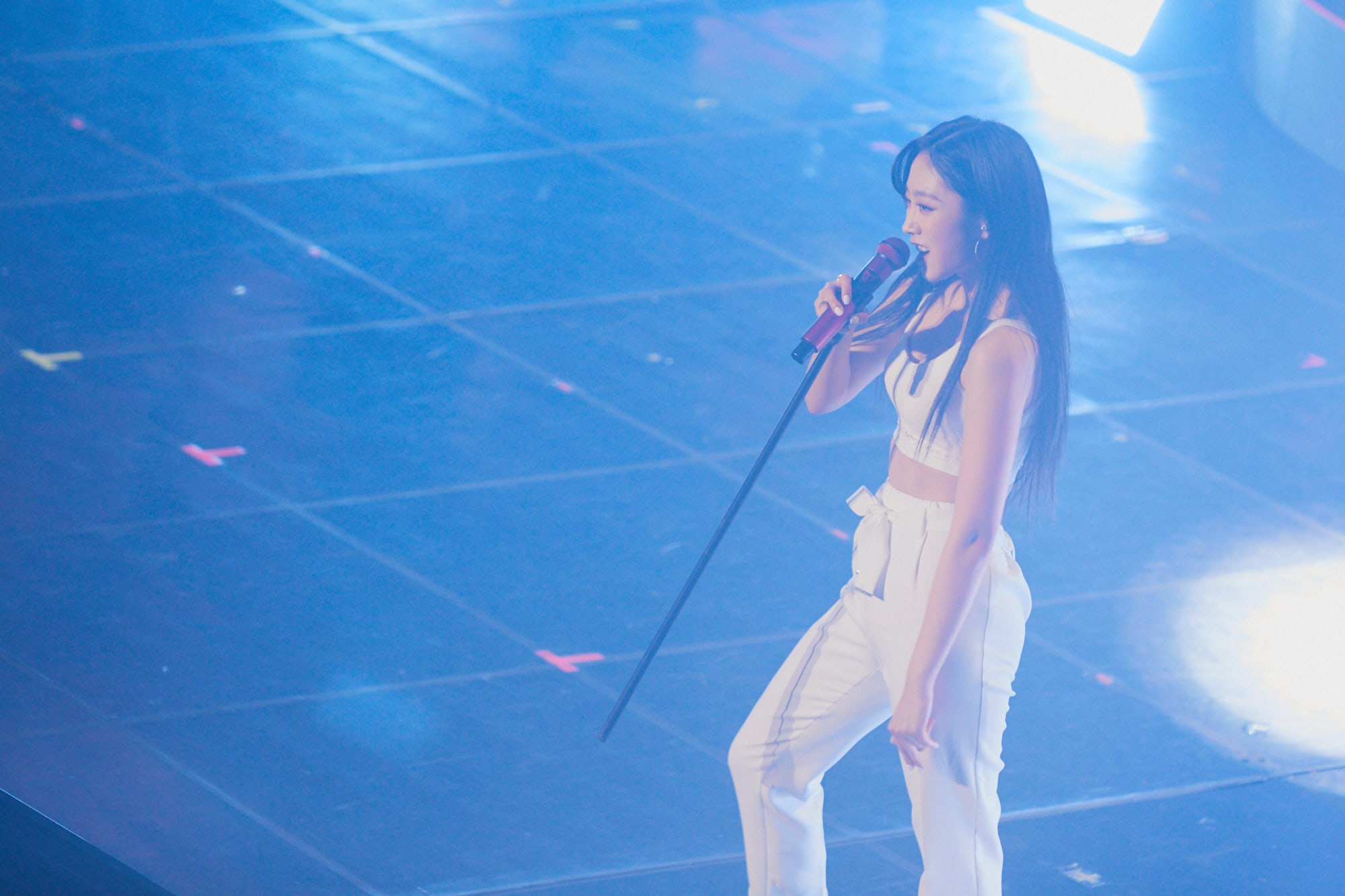 Coming together as a group again, Lovelyz rendered a musical theater style arrangement of “Cameo” and followed up with “WoW!” “Hug Me,” and “Mi-myo Mi-Myo.” 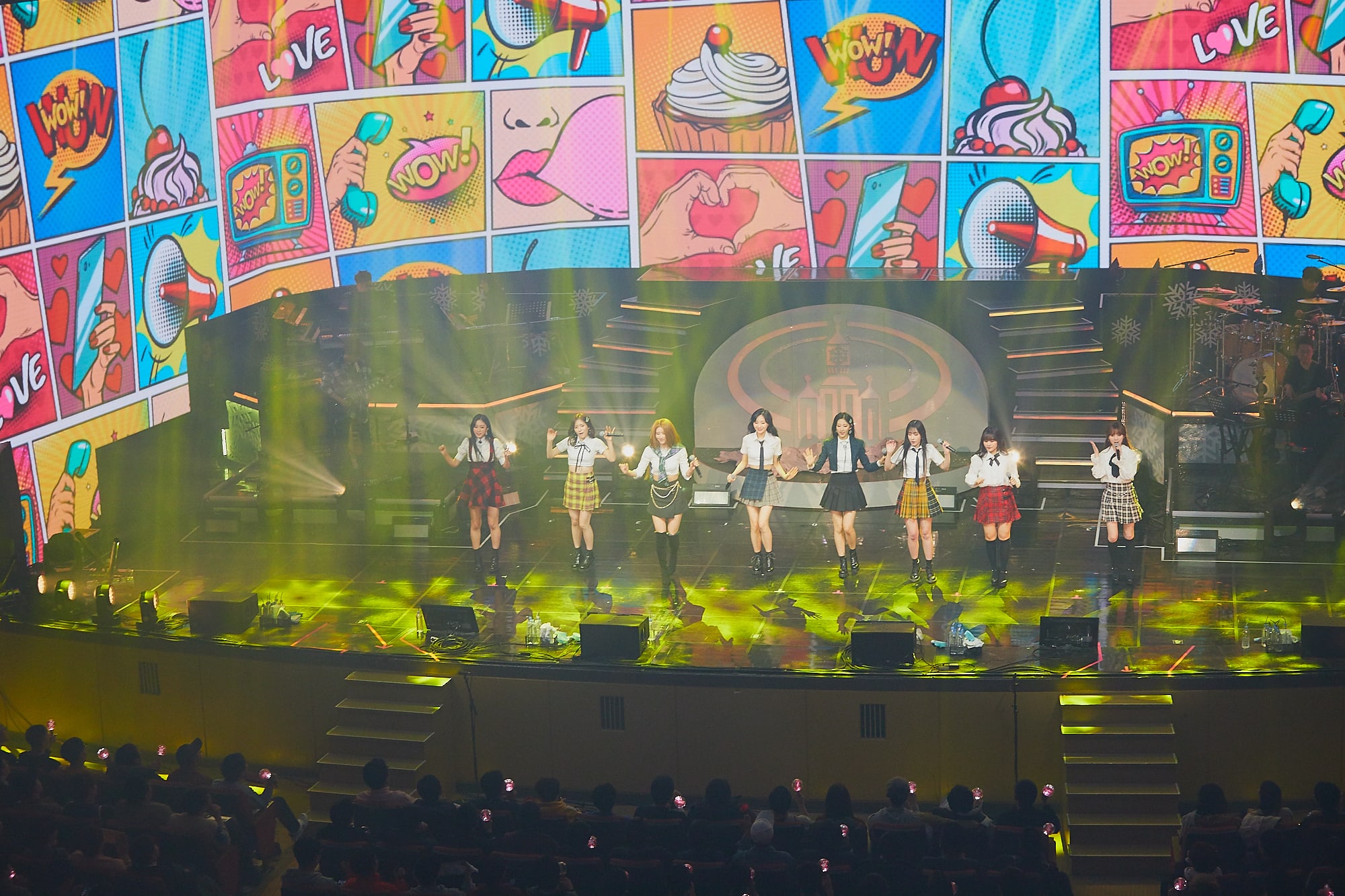 After performing “Dear You,” “1cm,” and “Destiny,” they revealed their first-ever performance of “Daydream.” The powerful choreography was enchanting, but the girls were exhausted after the song. They shared that whenever they practice “Daydream,” no one gets up from the final sitting pose because the dance is so draining.

For the finale, Lovelyz showcased their hit titles “Ah-Choo,” “Hi~,” “That Day,” and “Now, We” with the help of Lovelinus’s booming fan chant. 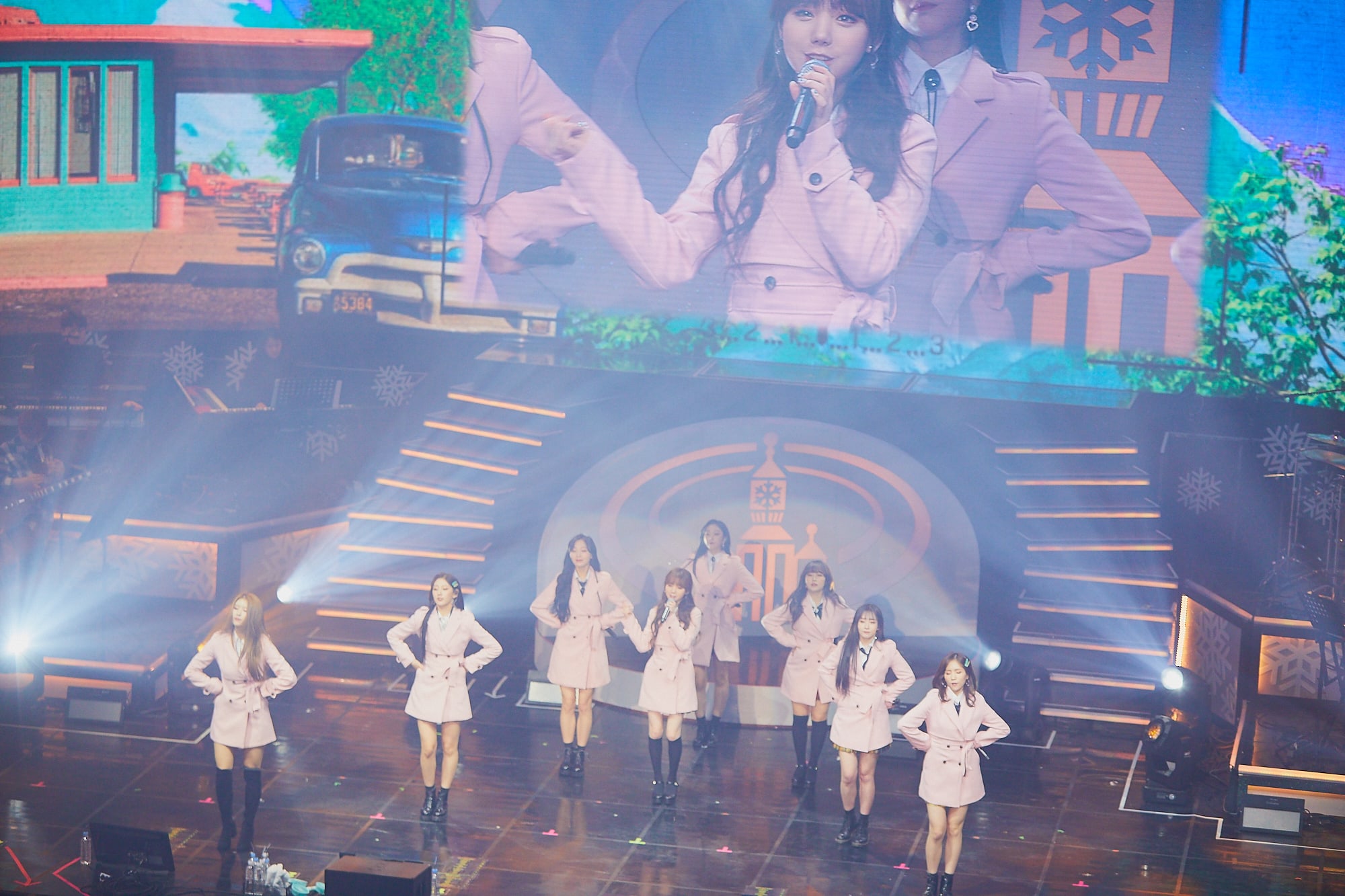 Lovelyz returned to the stage for an encore in comfortable boxy hoodies and performed their wintry track “Twinkle.”

The members then shared their final words, with Jiae saying that the next day will be more fun and Jin expressing her hopes to make up for the small mistakes they made that day.

Sujeong shared, “It started snowing today, so it really became a ‘winter world.’ I’m emotional and thankful that it’s already our third winter concert. It’s all thanks to you. You are the main characters of this concert.”

Jisoo gave a heartfelt message to fans, saying, “We’re idols so we may look distant, but as we said through our V Live broadcasts, we’re not people you can’t reach. We’re doing our best to return the energy you’ve given us. I hope you won’t think we’re unreachable. We’re close, right? We’ll always be by your side so please continue to be with us next time and the time after that as well.”

Kei said, “‘I couldn’t stop thinking about the concert while I was [emceeing] at ‘Music Bank’ today. I couldn’t make it to the rehearsal [because of ‘Music Bank’], and when I finally got to the rehearsal and saw our members, I was so happy. I thought, ‘This is what a team is. It’s great to have people I can rely on,'” and added to Lovelinus, “Thank you for making me happy. I’m happy everyday these days. Please continue to watch over us with kind eyes and smiles.”

Attempting to communicate with a Japanese fan in the audience, Mijoo made everyone erupt into laughter as she combined Korean and Japanese words into a single sentence.

Yein thanked fans for making it to the concert despite the snowy weather, and Baby Soul remarked that Sujeong seemed like a true idol today with her final words.

Lovelyz wrapped up the concert with their ballad track “Good Night Like Yesterday,” and the fairytale was over for the day.

Lovelyz
Soompi Spotlight
Soompi Exclusive
How does this article make you feel?