Exclusive: BIGBANG’s Seungri Pulls Off A Successful Show At “The Great Seungri Tour 2019” In Singapore

Seungri returns with a bang! The youngest member of BIGBANG first started his solo tour last summer and finally greeted VIPs in Singapore at his recent “The Great Seungri Tour 2019” held in Star Theatre on February 23. This was Seungri’s return to Singapore in almost three years after BIGBANG’s “MADE Tour” in 2016.

When the houselights went dim, VIPs immediately got on their feet as Seungri kick-started the show with “Bang Bang Bang” and “Let’s Talk About Love.” Before he started addressing the crowd, Seungri held an Elvis Presley-like pose for five seconds and had the crowd echo “Ay-Oh!” (reference from Queen). 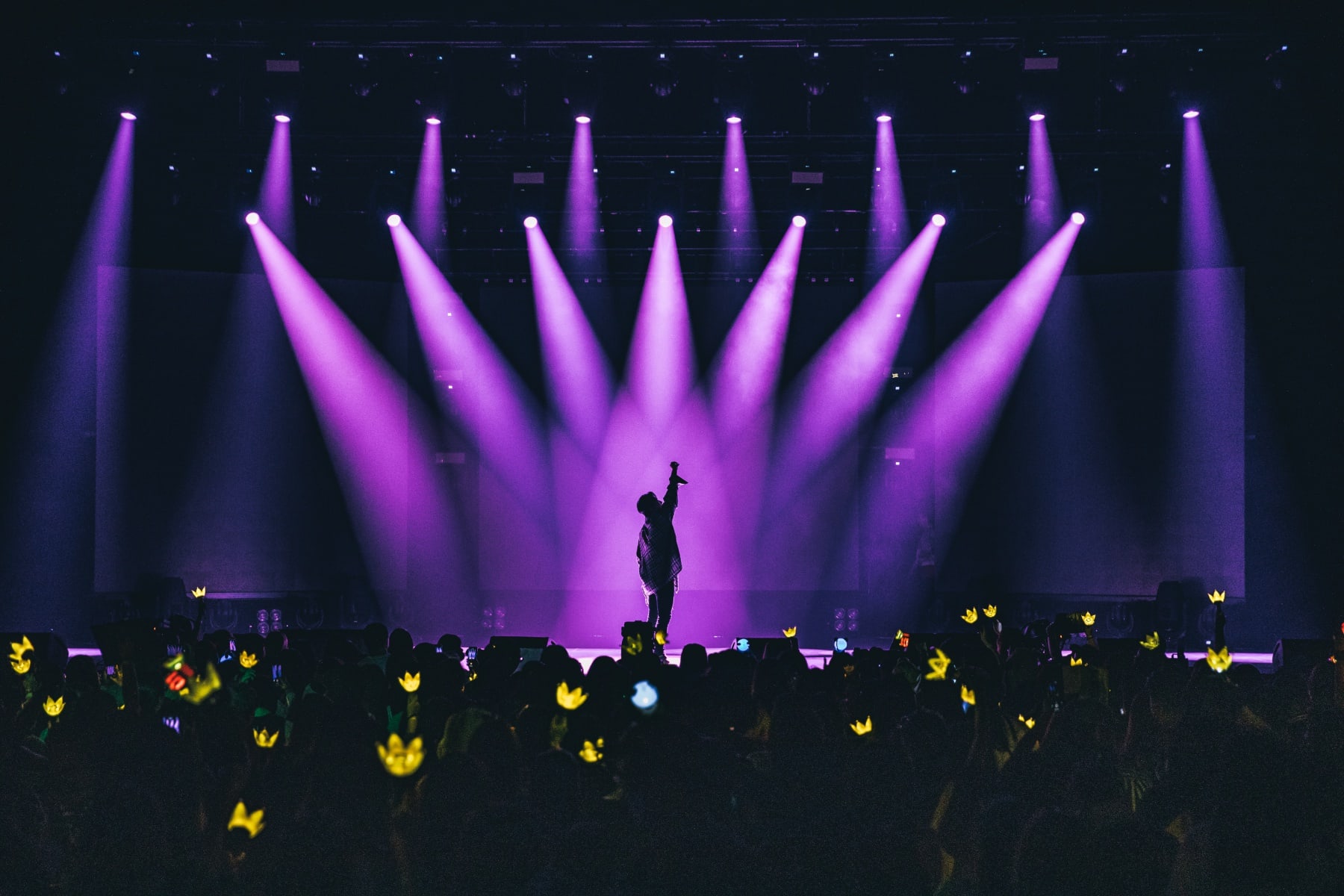 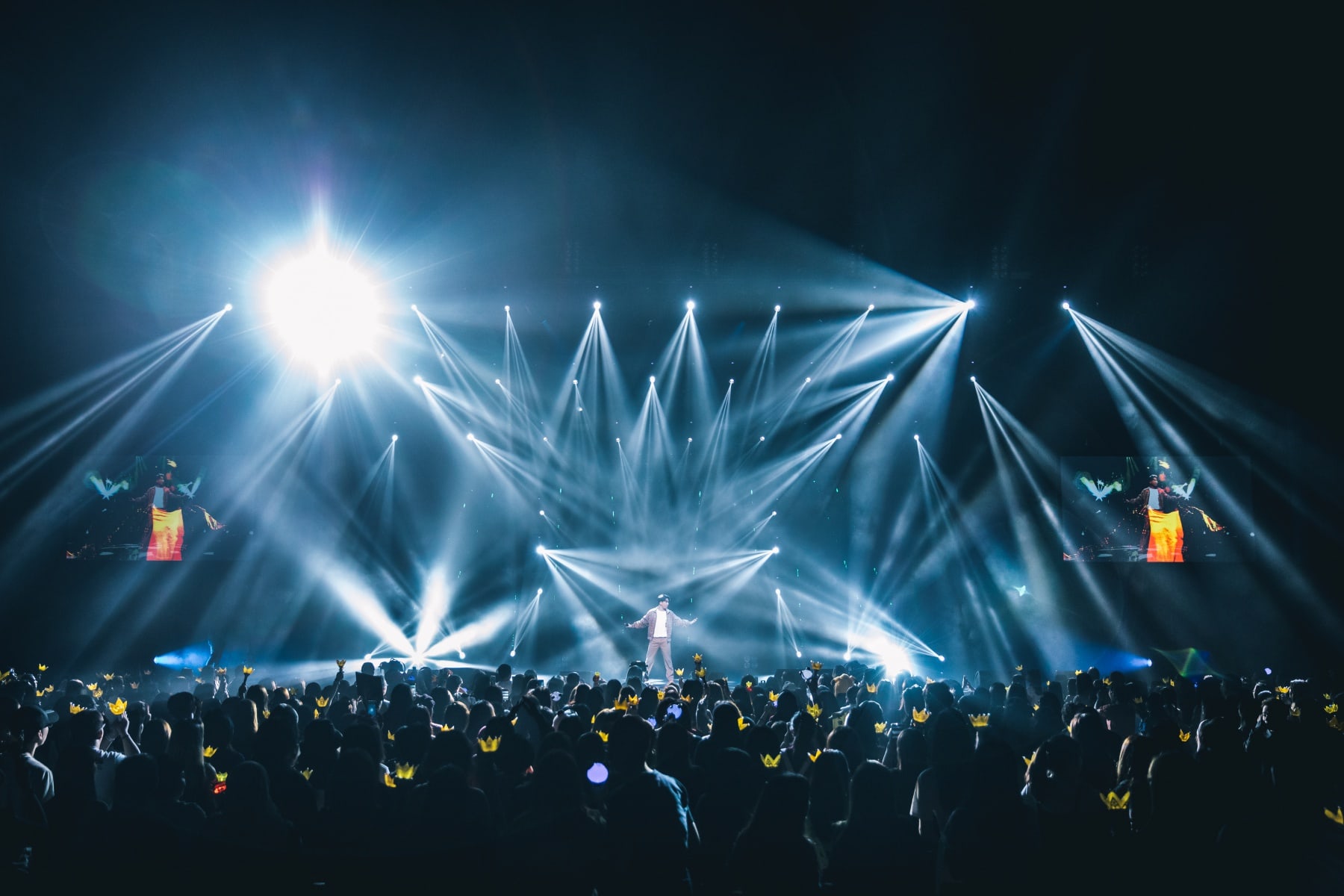 Seungri greeted VIPs with a local accent and claimed that he was the best Korean artist who can imitate the Singaporean accent. However, if G-Dragon was around, he wouldn’t be allowed to speak in that manner (he never forgets to include a Tom and Jerry moment). Seungri continued to brag about his ability to speak multiple languages (Japanese, Mandarin, Cantonese) and showed his multilingual talent with a rendition of one of Jay Chou’s (popular Taiwanese artist) hits, “The Longest Movie.” He had the crowd go wild with a series of upbeat performances of “GG BE,” “Gotta Talk to U,” “Alone,” “Where Are You From,” and “Hotline.”

As the only active member of BIGBANG while the rest fulfill their military duties, he never fails to mention the group and took the opportunity to show some photos that the members wouldn’t approve of if they had been with him on stage. He sneakily shared the photos saying, “If you do a Google search of BIGBANG, these photos would appear.” Just imagine: Daesung’s nose that looks similar to a baboon’s, G-Dragon’s famous blond hair that looks like tamagoyaki (Japanese egg roll) and Taeyang’s kimbap (Korean sushi roll) hairstyle. He even commented that he did not dare eat tamagoyaki after seeing G-Dragon’s photo and had the crowd laughing their heads off. 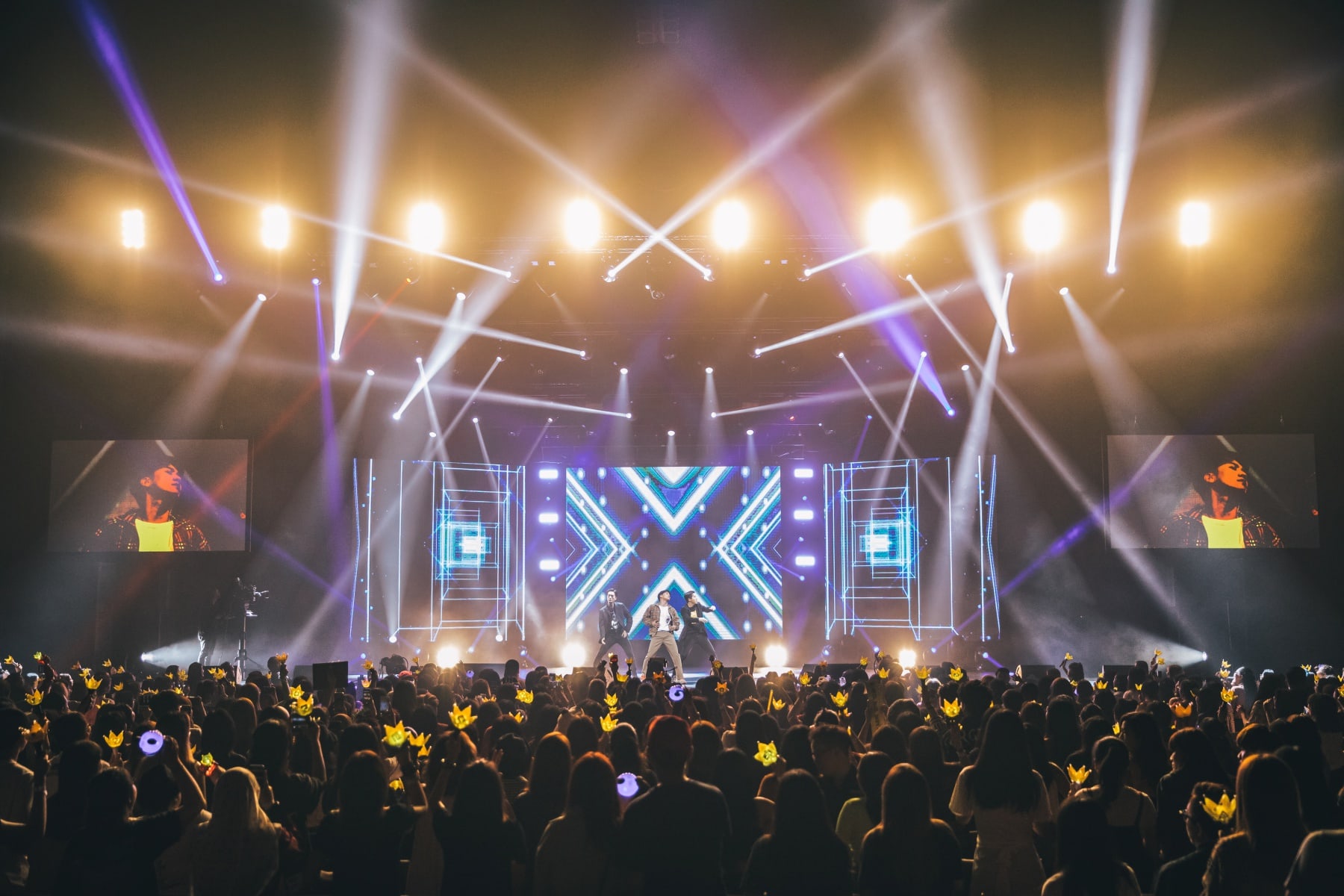 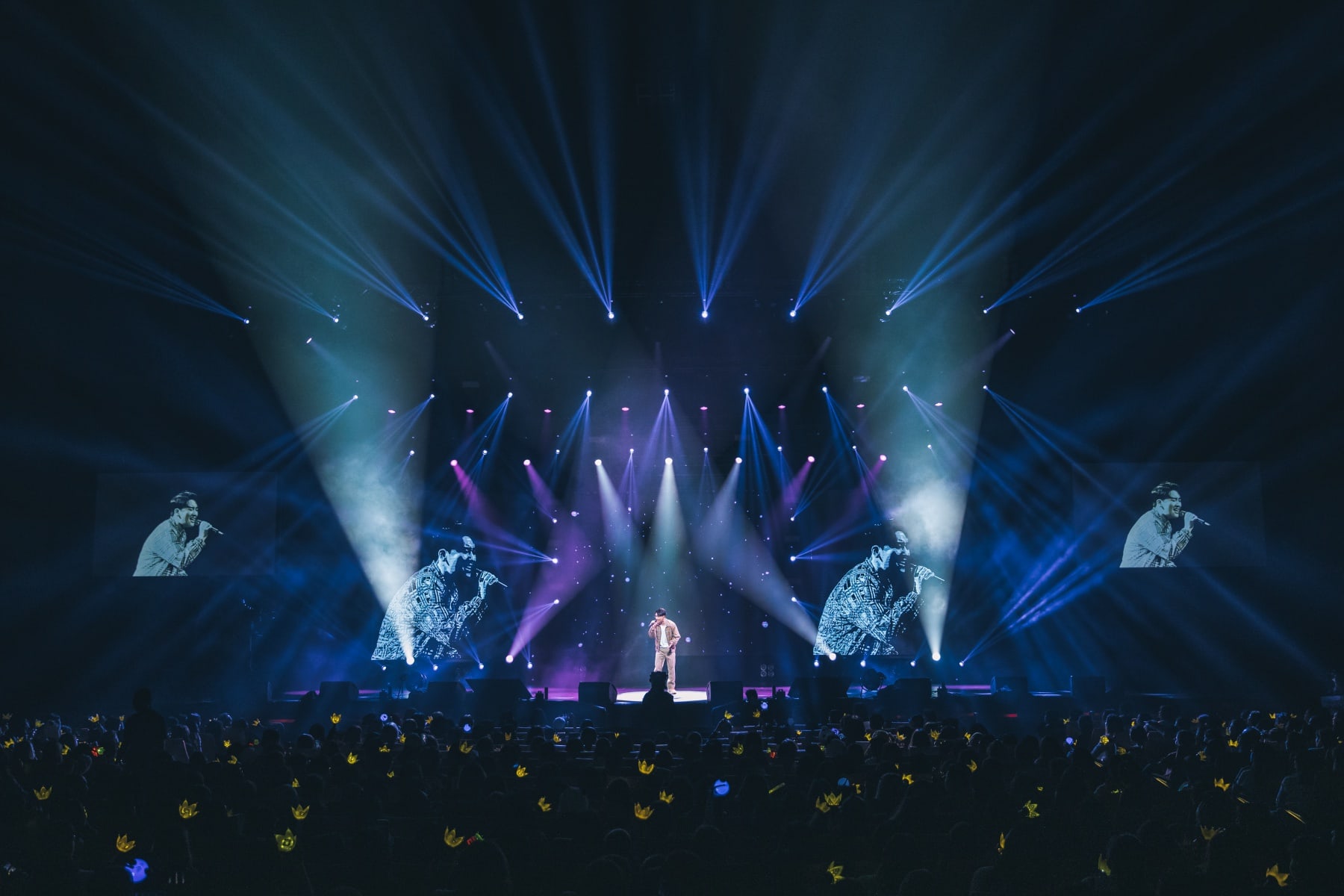 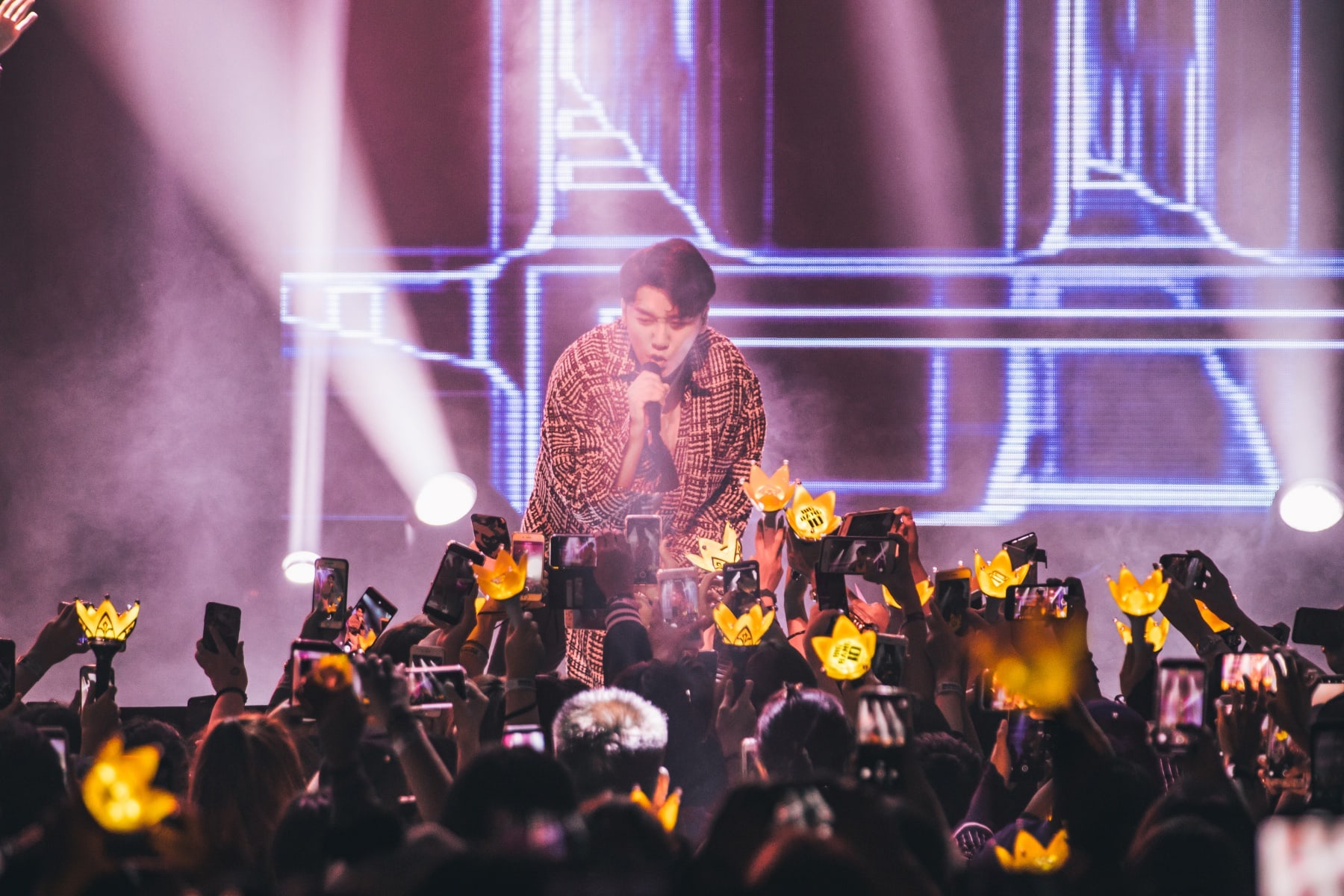 The next segment definitely tugged VIPs’ heartstrings as Seungri took them down memory lane. He made the crowd go crazy with a series of BIGBANG’s hits including “We Like 2 Party,” “Heaven,” “Hands Up,” “Lies,” “Crooked,” “Good Boy” and “Bae Bae.” Seungri shared that BIGBANG spent 13 years together, released more than 200 songs and performed more than 500 shows worldwide. He then took a moment to get VIPs to turn on the flashlights on their mobile phones, and the audience became a sea of light. Seungri touched VIPs’ hearts with his comment, “BIGBANG shines like the light you see right now because of all of you. Keep shining until we are back!” and sang his heart out to “Eyes, Nose, Lips” and “Flower Road” while showing snippets of BIGBANG’s concerts from the past.

The evening ended with his recent solo track “1,2,3!” and an encore performance of “Strong Baby,” “Fantastic Baby,” and “In My World.” Seungri thanked VIPs for coming and made a promise to return to Singapore soon. He reassured fans that he will safely fulfill his military duties and that the other members are doing well. Seungri lightened the mood and made a commitment that he will not put on more weight or “be uglier than this” while serving the nation. 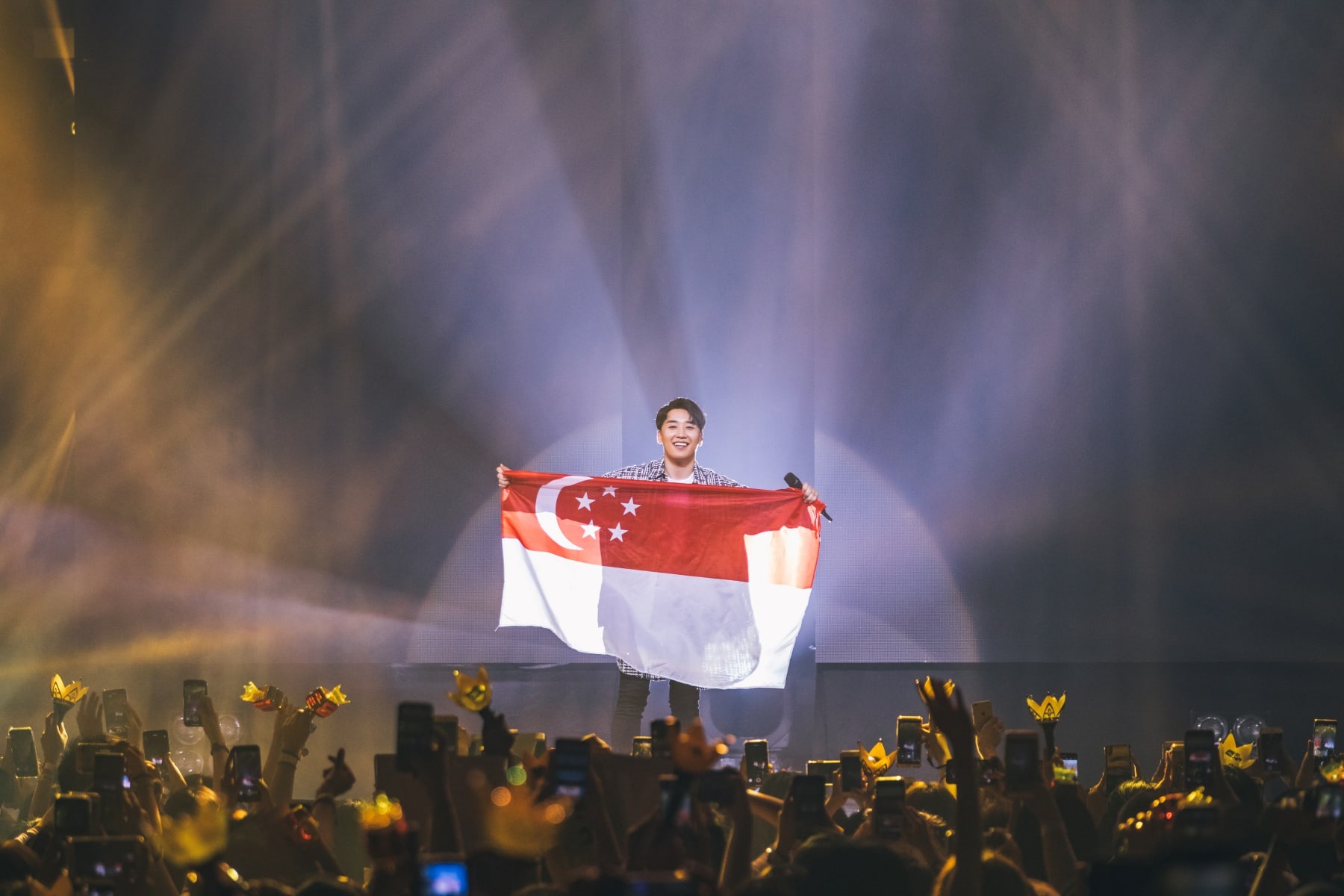 Seungri was personable and lighthearted and constantly interacted with his fans during “The Great Seungri Tour 2019” in Singapore. It was definitely an evening that VIPs would remember. He will continue his great tour in Asia as he heads to Osaka, followed by Jakarta. Seungri is expected to fulfill his mandatory military service soon after he completes his solo tour.

Special thanks to CK Star Entertainment for having us and providing photos!

BIGBANG
Soompi Spotlight
Seungri
Soompi Exclusive
How does this article make you feel?