The drama tells the story of how King Lee Heon (Yeo Jin Goo) enlists the help of clown Ha Seon (Yeo Jin Goo) to take his place on the throne as he tries to uncover who is trying to dethrone him. Lee Kyu (Kim Sang Kyung), Jo Nae Gwan (Jang Gwang), Joo Ho Geol (Lee Kyu Han), and Jang Moo Young (Yoon Jong Seok) have fallen for Ha Seon and his hopes to lead a political system that is for the people.

The stills show the group of actors as they smile and enjoy each other’s company on set. The warmth in their eyes is enough to keep everyone content as they go over their lines together. The actors can be seen beating off the cold with a variety of items including warm, fluffy scarves, earmuffs, and cups of hot coffee. The bright expressions on their faces are in contrast to some of the characters they play in the drama. 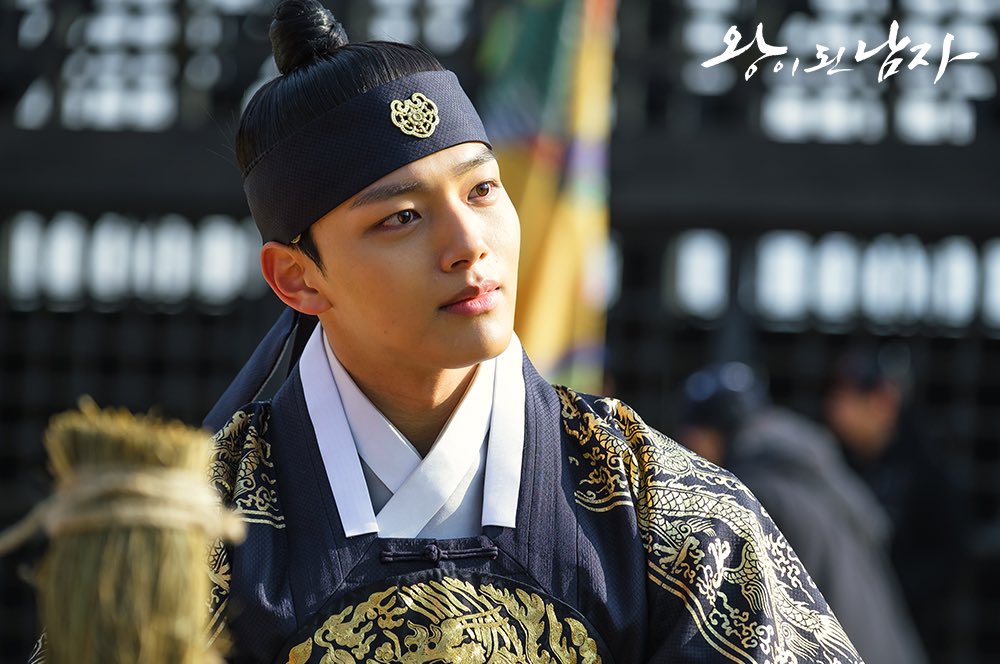 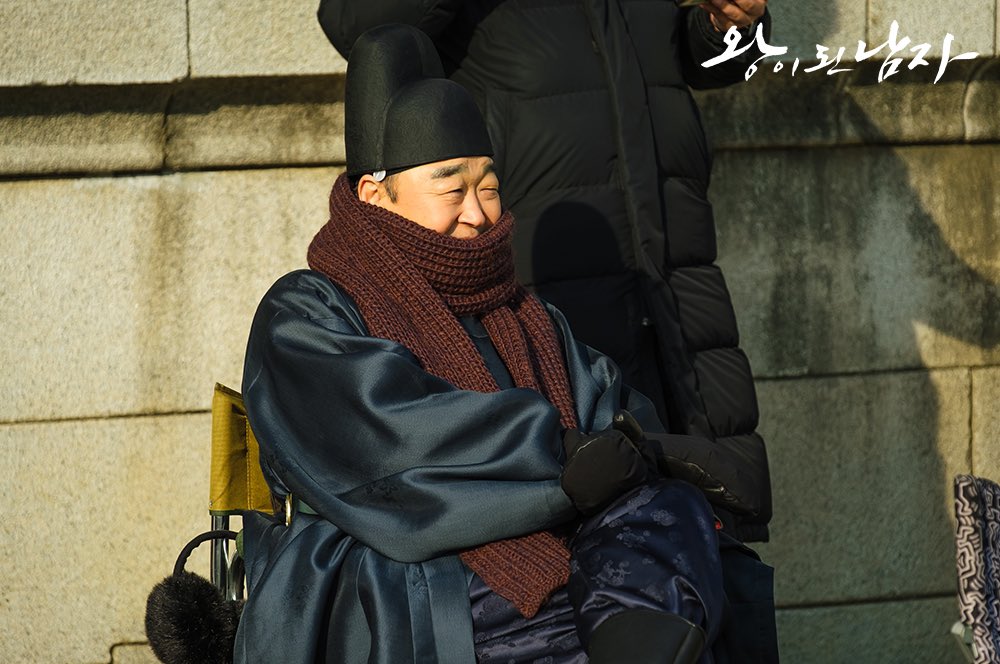 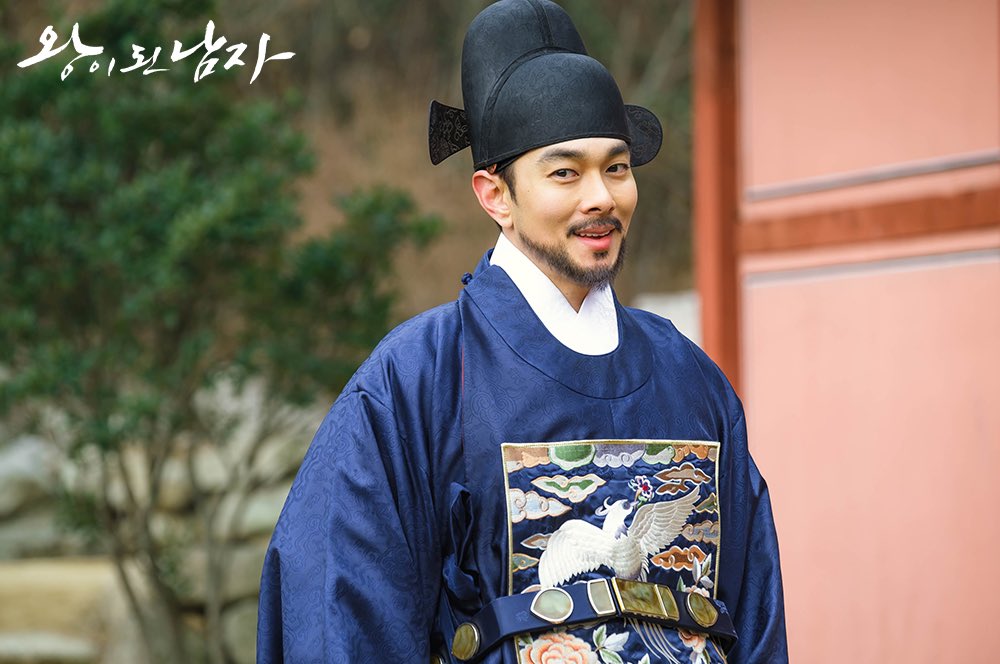 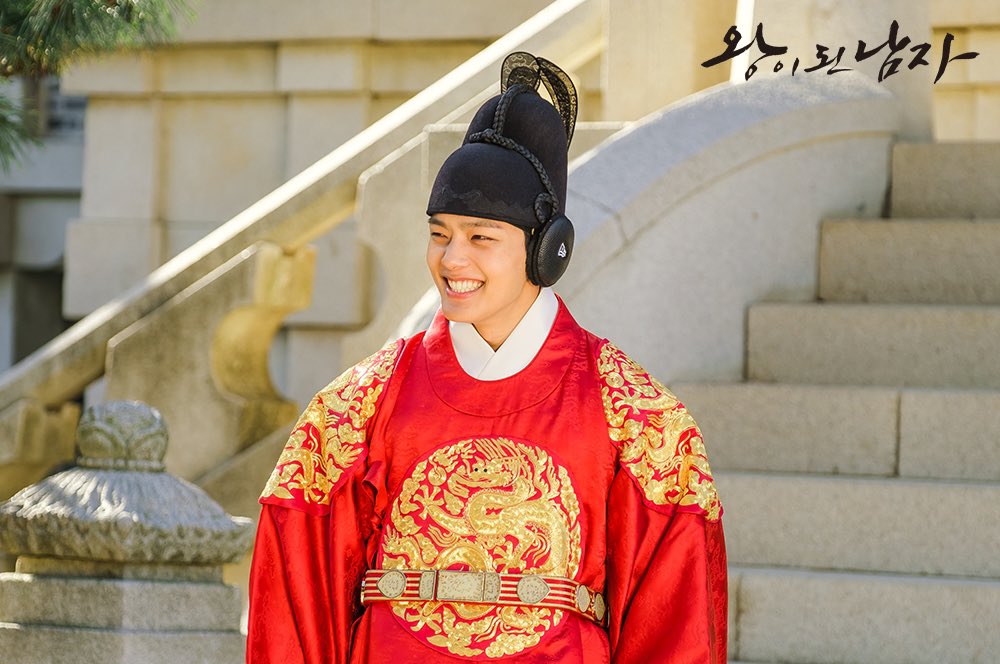 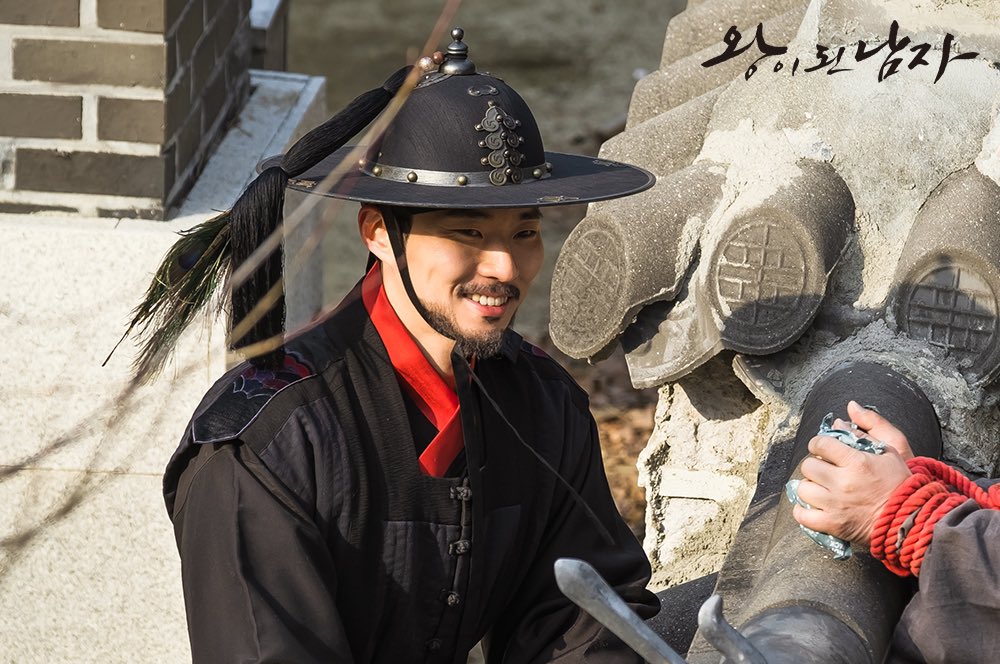 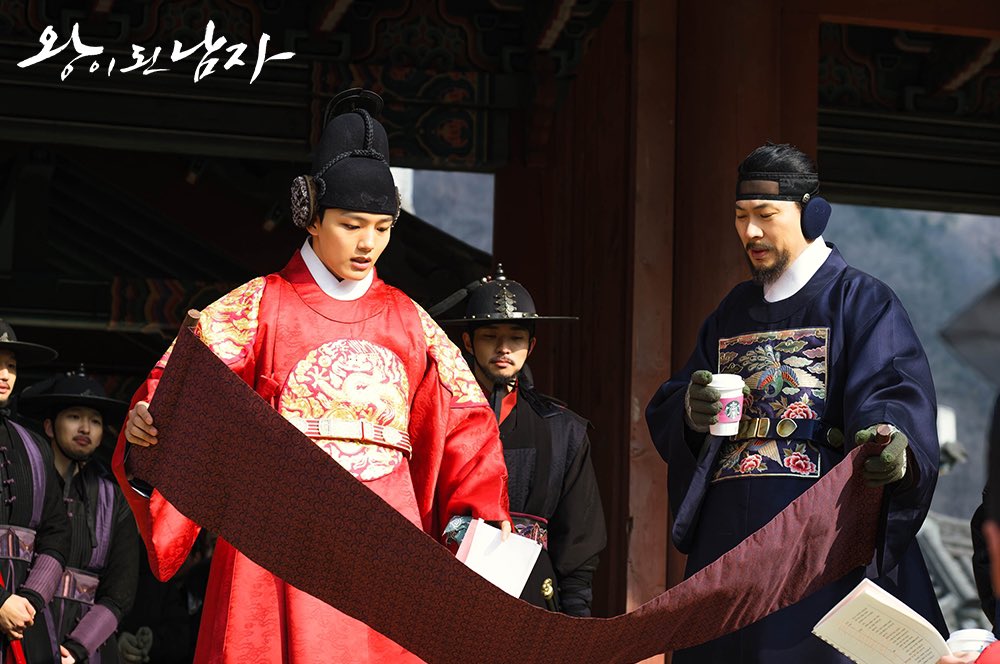 The production staff stated, “Filming is underway with the actors showing great teamwork. Their excellent chemistry is translating well into the drama, and that is why we’re able to bring such great moments to viewers.” They also teased, “The remaining three episodes will be more fast-paced than ever as everything unfolds. Please keep an eye on what these characters will do next.”

“The Crowned Clown” airs every Monday and Tuesday on tvN at 9:30 p.m. KST. Catch up with the latest episode below!