Golden Child’s Joochan sat down for an exclusive interview with Soompi at Woollim Entertainment’s headquarters and talked about his upcoming solo track, recovering from his knee injury, and food and music recommendations for international fans, among many other topics. 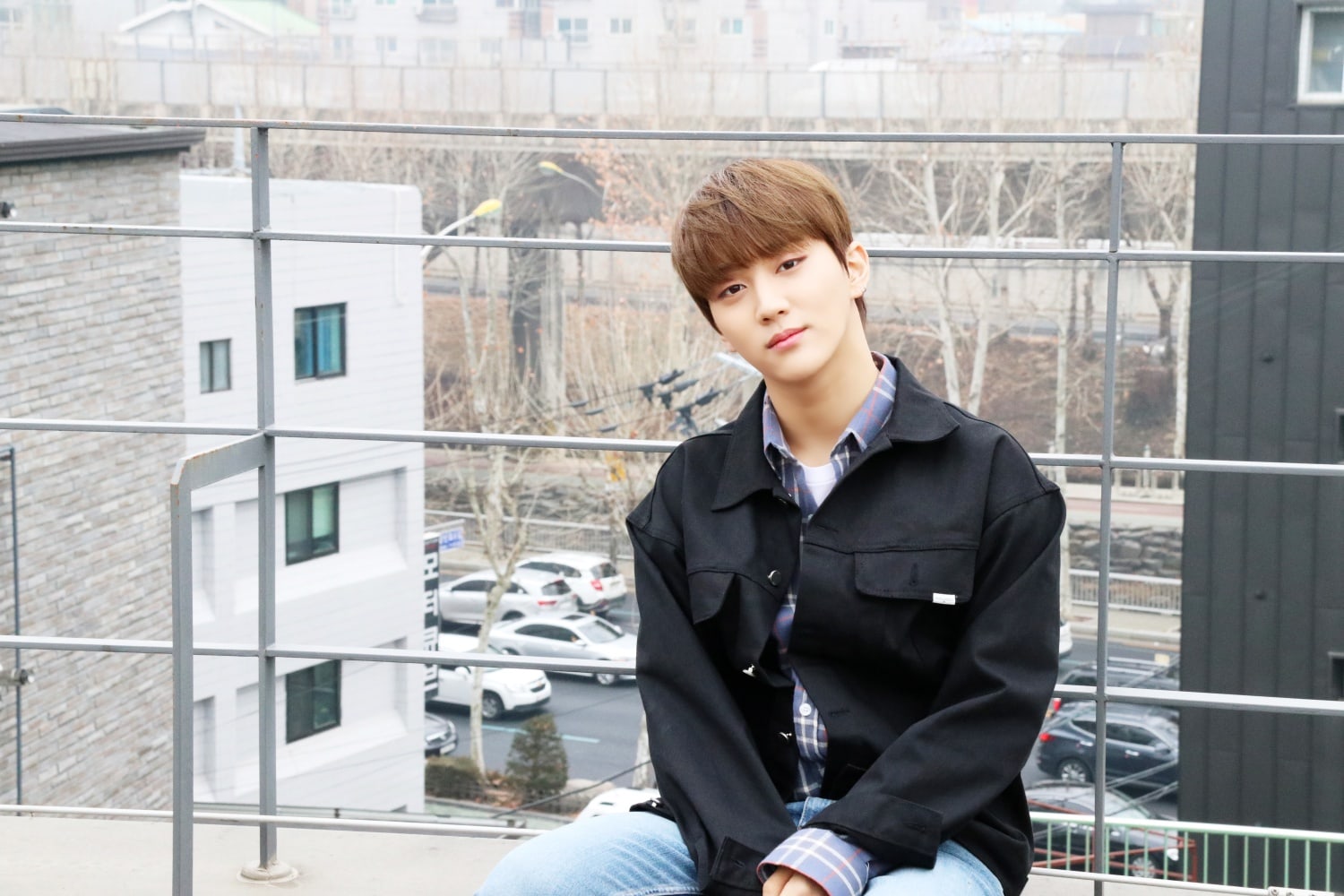 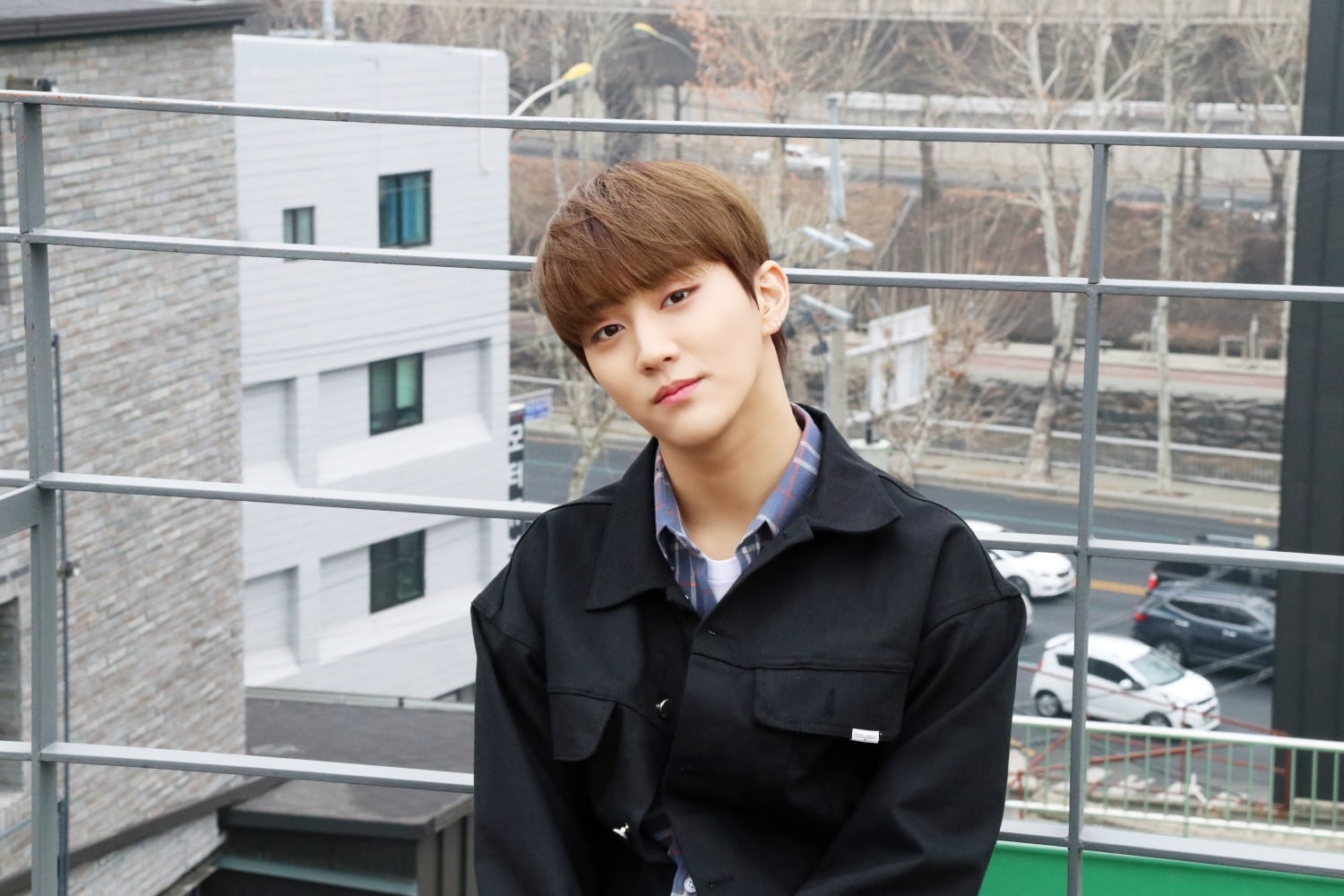 After announcing that he would be temporarily halting activities after an injury late last year, Joochan surprised fans with news of a solo digital single in February.

Regarding his injury and hiatus, Joochan explained, “After my injury, I focused solely on recovering. I’m currently doing remedial exercise and recovering without a problem, so now I can even release an album and be active like this. My fans were very worried, and that, in turn, made me worry about them. It broke my heart that they were so concerned. This is an album that will be released after a long break, so I’m hoping it will be something like a present for fans.”

Explaining that he had left Golden Child’s dorm and returned home during his hiatus, he thanked the Golden Child members for visiting and calling him frequently. “It could have been a difficult and depressing time for me, but thanks to our members, I was able to stay strong and focus on recovering,” he shared. 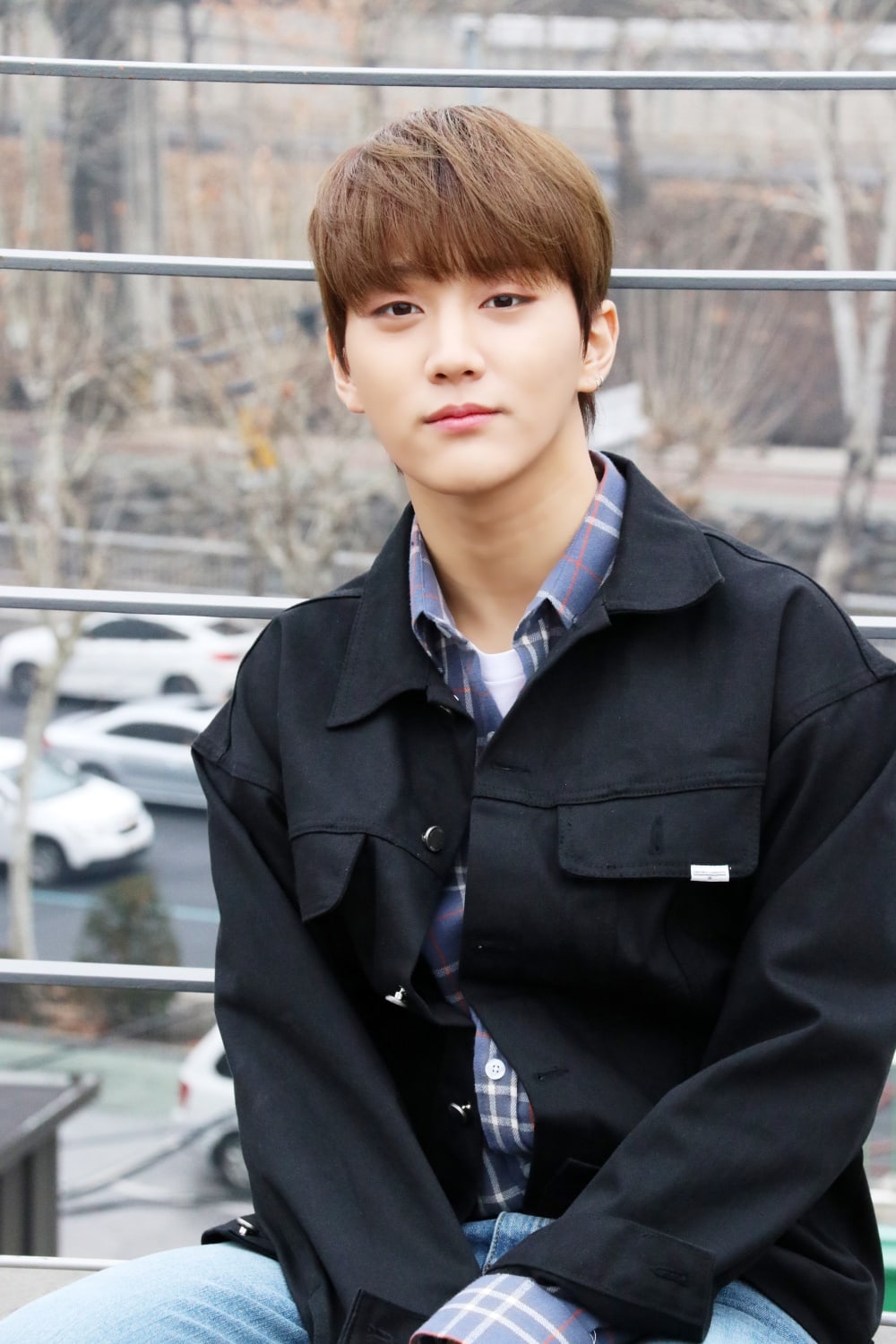 Joochan’s upcoming song “A Song for Me” is a remake of a 1994 track by Korean duo The Classic, making the song older than Joochan himself, who was born in 1999. He said, “I didn’t know the song when I first heard it. Our boss [CEO of Woollim Entertainment] told me to listen to it last summer, and when I told him that the lyrics left a big impression on me, he suggested that I try recording it. At that time, I had no idea that I would be releasing a solo track.”

The members of Golden Child were even more excited about Joochan’s solo release than the singer himself was. Joochan revealed that he felt more worried and burdened as the first Golden Child member to release a solo song, but the members had excitedly asked him all sorts of questions about what kind of song it would be and when it would be released. Joochan added that Park Yong Joon, a member of the original artist The Classic, participated in directing the recording and mixing the track and complimented Joochan a lot. 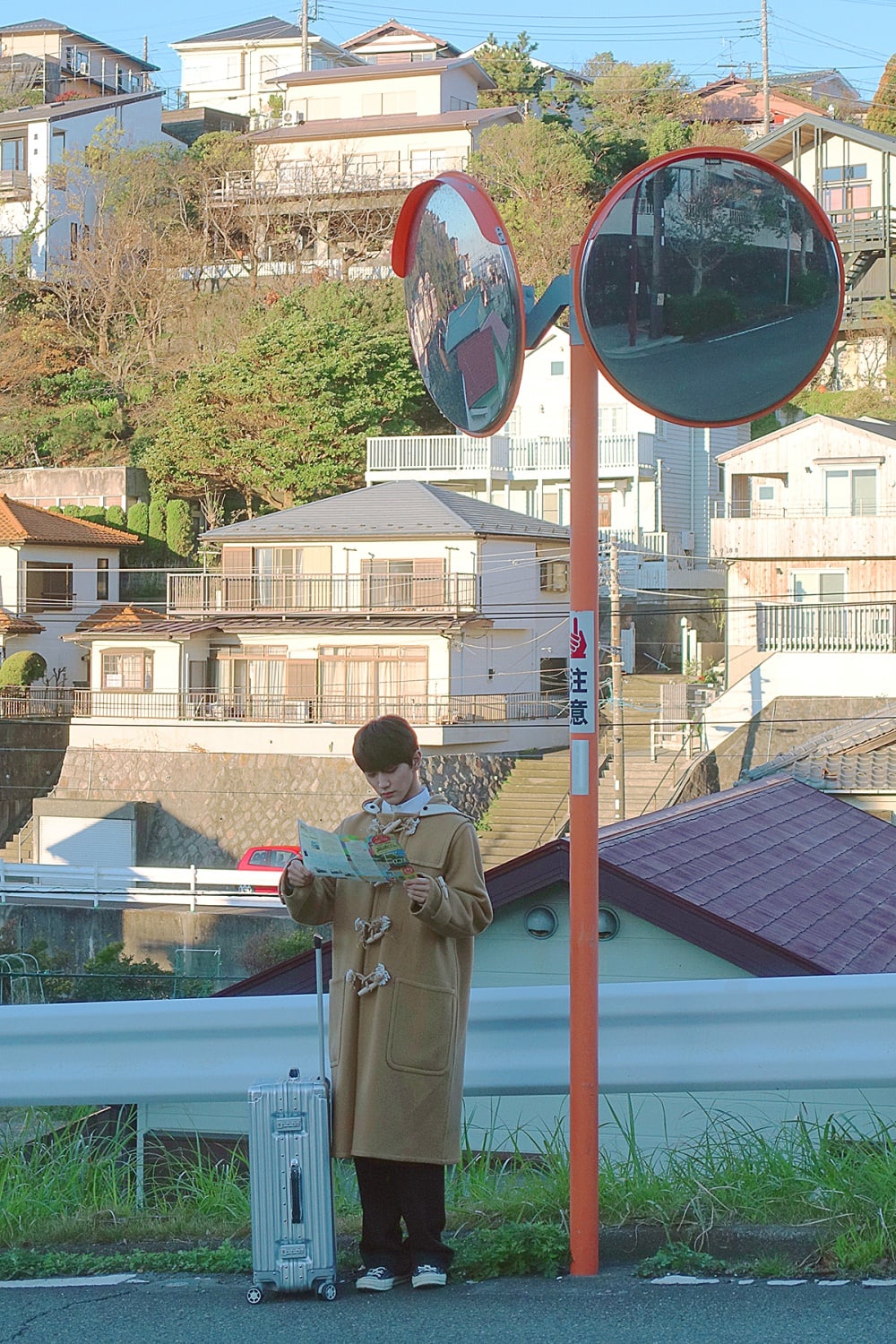 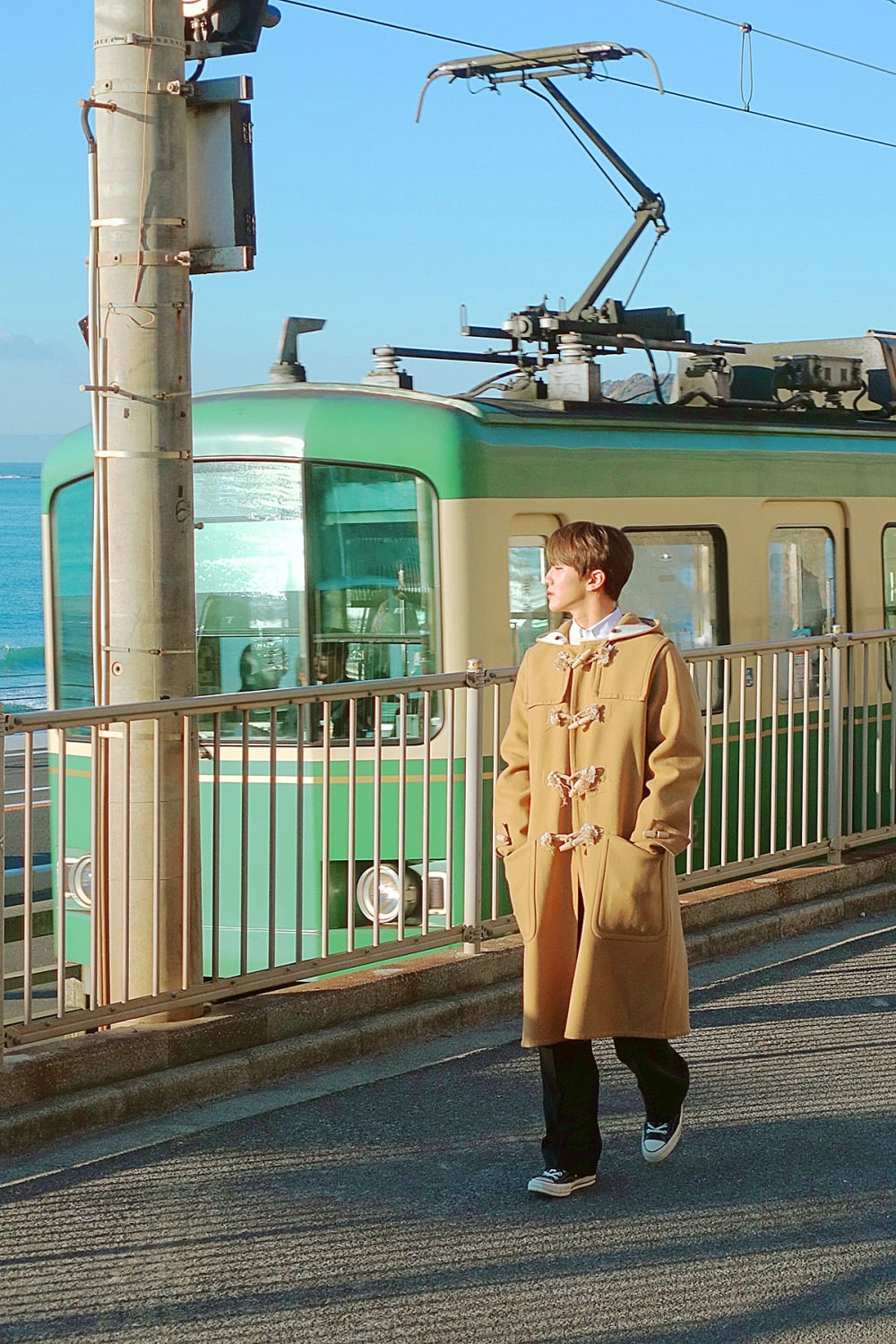 We asked Joochan what kind of artist he wants to be remembered as, and he responded, “This song is even older than I am, so I’m hoping people will be curious about how a young person like myself will express the emotions in this song, and I want them to notice my vocal color. Also, I hope this song will make people curious about Golden Child as a group.”

Prior to his debut, Joochan made his voice known to the world with the duet track “No One Like You” from Woollim’s W Project. “A Song for Me” was meant to be released in January to celebrate the two-year anniversary of “No One Like You,” but it had to be postponed after Joochan’s injury. In accordance with the original intention of the song, we asked him how he had grown musically in those two years, and he said, “I think I’ve become better at expressing emotions. Two years have passed, and I believe my skills have also improved, so I want to keep developing my ability to express emotions [in songs].” 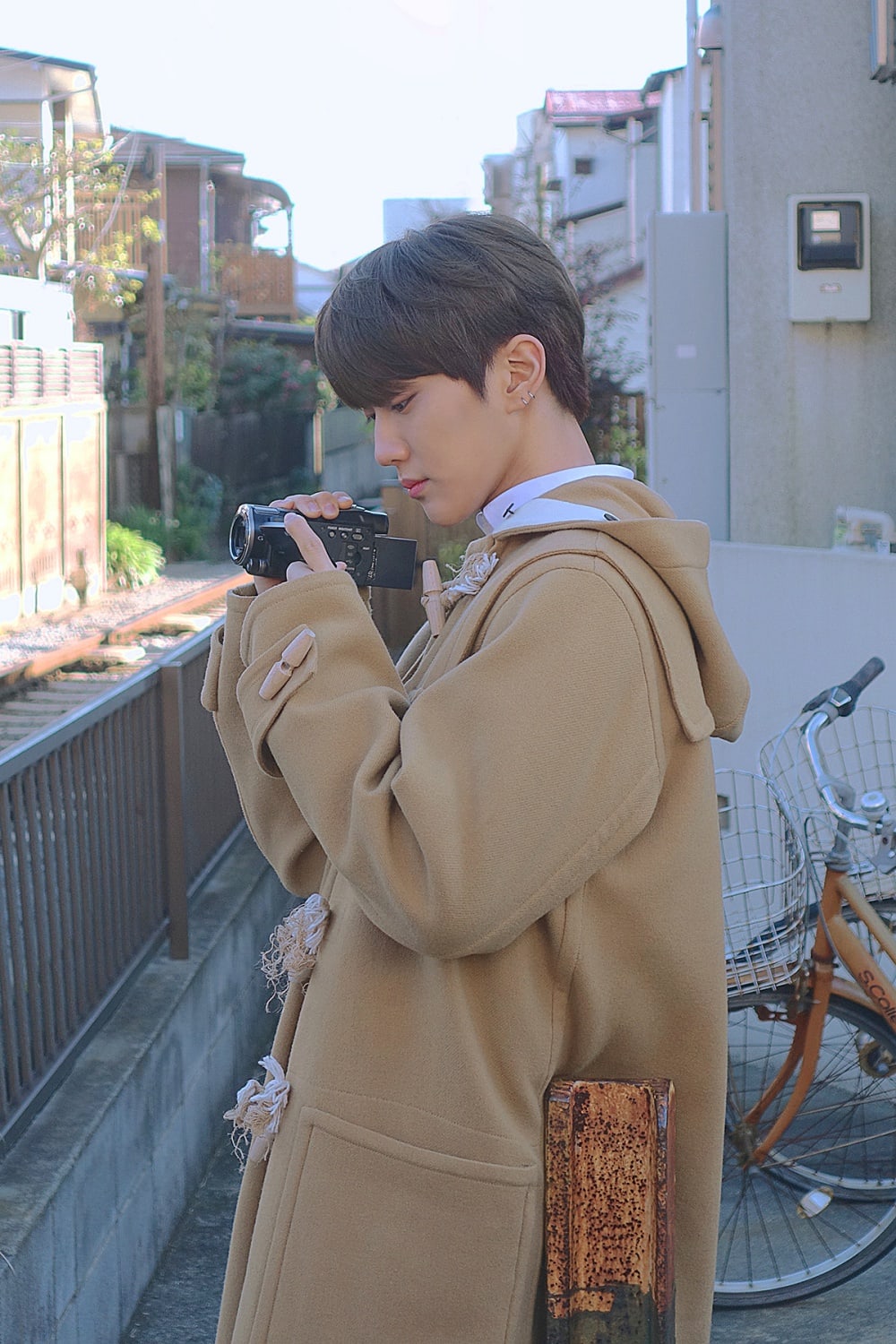 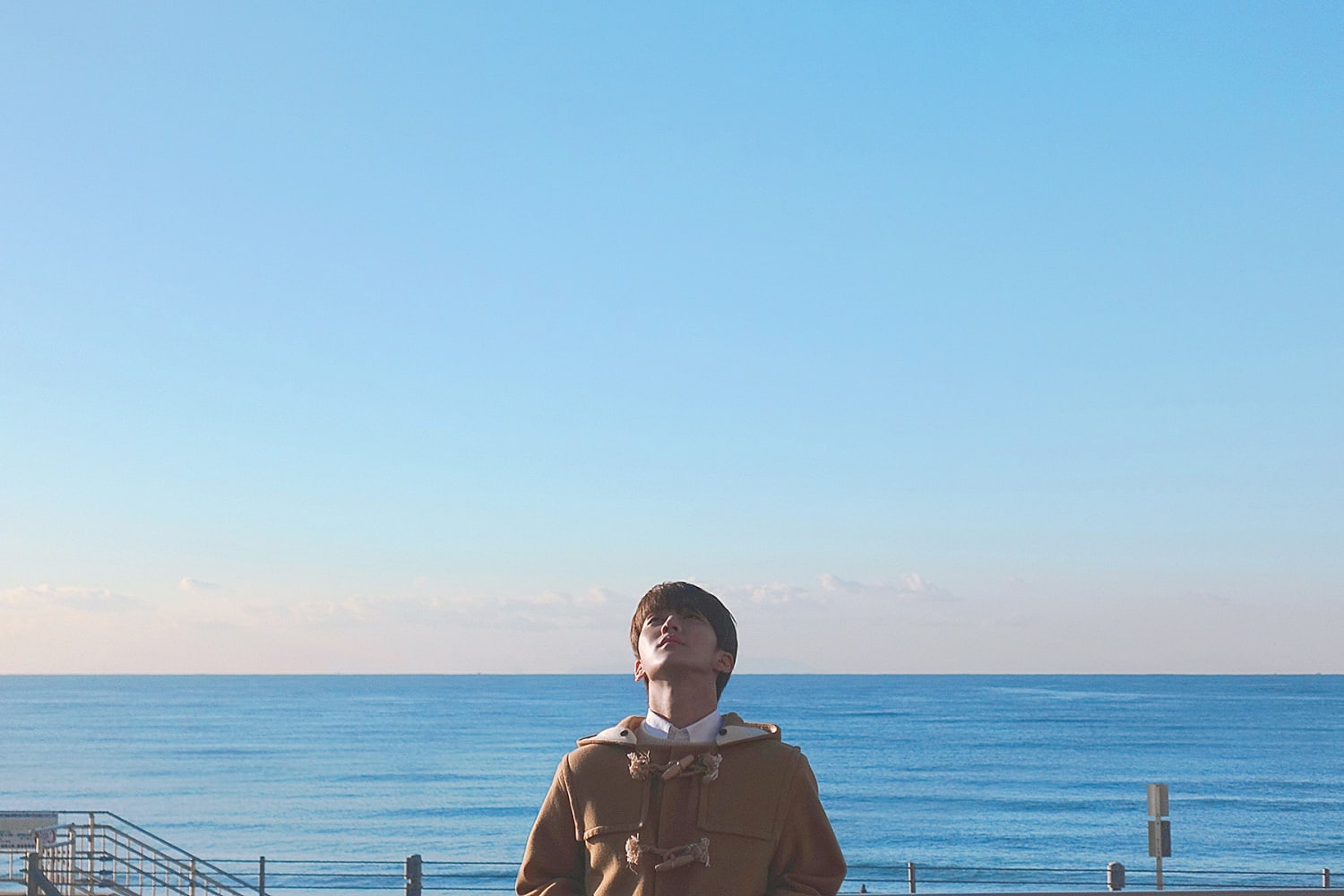 In the music video for “A Song for Me,” Joochan acts as a young man who goes on a trip to console himself after facing a discouraging situation in life. Asked what he had in mind while filming the music video, he said, “There’s a scene where I look out the window, but I actually didn’t really think about much [while filming]. I didn’t know how I should act, so I just made myself think that I was traveling. That fit well with the concept of the music video, which is a ‘healing trip,’ so that helped. Acting is really hard. People who can act are amazing,” he shared.

Being the first member of a group to release a solo track can be daunting, but Joochan is not one to back down from a challenge. We asked him what else he wants to challenge himself to, and he revealed, “There’s something I’ve wanted to do since I was little. INFINITE’s L has also done this before. He released a photo essay with photos he took himself, and I also wanted to do that. I enjoy taking photos and writing, so I want to publish a book like that as a gift for fans.”

Becoming a radio DJ is another thing Joochan has often mentioned as something he wants to do in the future. He stated that if he could officially become a radio DJ, he would have his show air at around 10 p.m., the time many people usually get ready for bed. Just like the radio show he currently hosts on Golden Child’s V Live channel, he would maintain a sentimental and calm atmosphere, although he admitted that his V Live radio show is actually often interrupted by the playful Golden Child members. 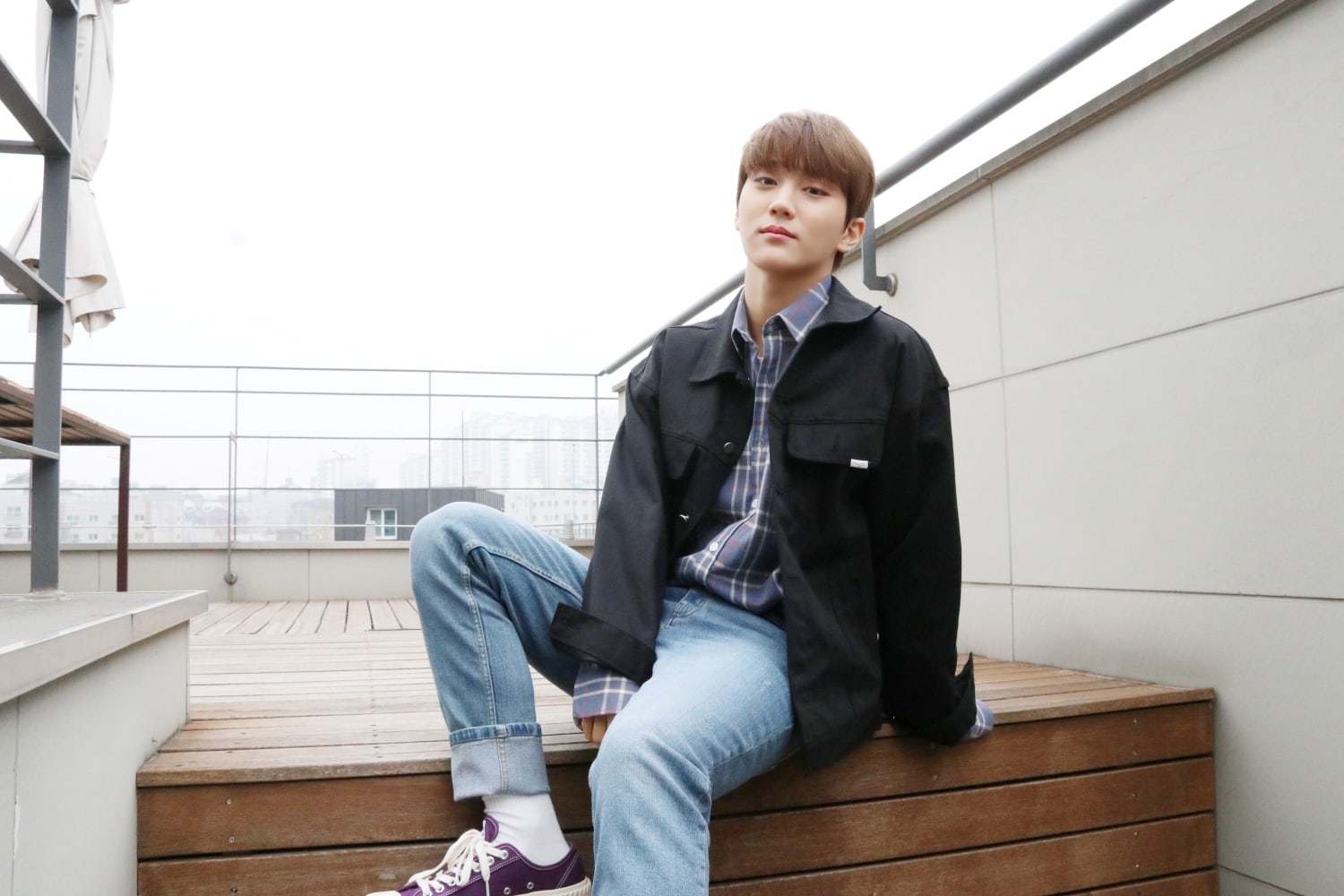 Next, we asked him what Korean food he recommends to international fans. Revealing that his mother makes very nice stir-fried pork, he recommended fans to try stir-fried pork and spicy marinated crab with a warm bowl of rice. As for food he enjoyed while promoting overseas, he picked okonomiyaki, sushi, and ramen from Japan, pad thai from Thailand, and street sausage from Indonesia.

When we asked him to name his favorite non-Korean artist, he chose Bruno Mars. Out of Bruno Mars’s songs, Joochan mentioned “Versace on the Floor,” saying, “[Bruno Mars] did a really nice job of performing the song very sexily. He’s a very good singer, and I practiced this song often and enjoy singing it.” He then named Lee Sun Hee’s “I Want to Know” (literal title) as a Korean song he wants international fans to listen to. 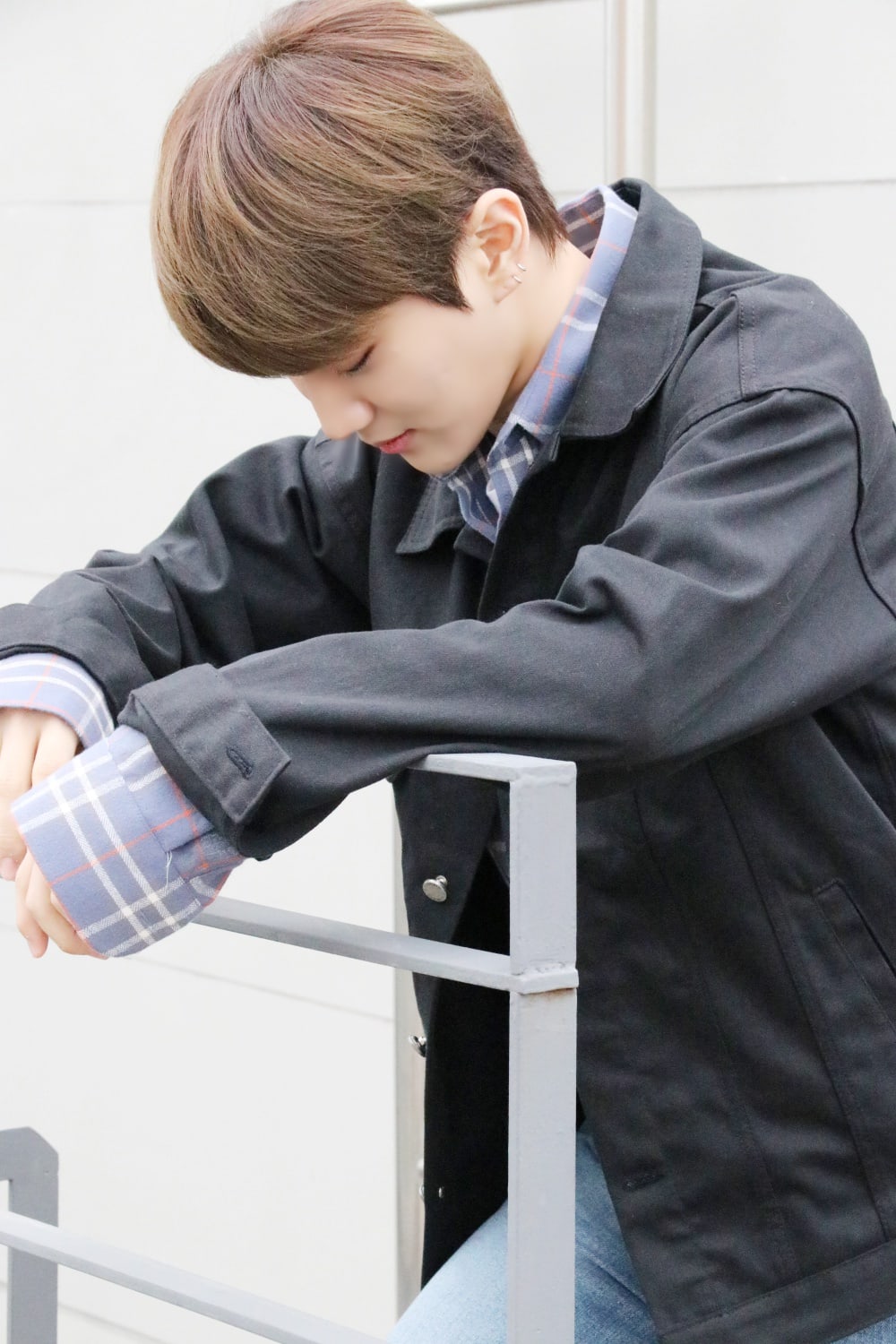 Joochan had previously revealed in other interviews that he was studying Spanish and other foreign languages, so we asked if that was still the case. He responded, “I’m mostly studying Japanese nowadays. I wanted to master Spanish, but it was really difficult. I do have the desire to challenge myself to learn the various languages of the world like English or Chinese,” and said, “Gracias” (thank you in Spanish) when asked which Spanish words he could remember off the top of his head.

Joochan explained that because Golden Child has been to several countries in Asia and parts of the United States already, he wants to spread Golden Child’s music and perform in European countries as well. If he could go traveling personally, he would visit Los Angeles and New York again because he found the two places memorable when he flew there for KCON last year.

We were curious whether performing overseas felt different from performing in Korea, and he described, “Since we’re an overseas artist [from the perspective of locals], there’s a possibility that most of the people in the crowd don’t know who we are. But even so, they shouted and cheered for us. That was what surprised me at KCON and our Japanese fan meetings. It was impressive that a lot of people knew who we were and enjoyed the moment with us.” 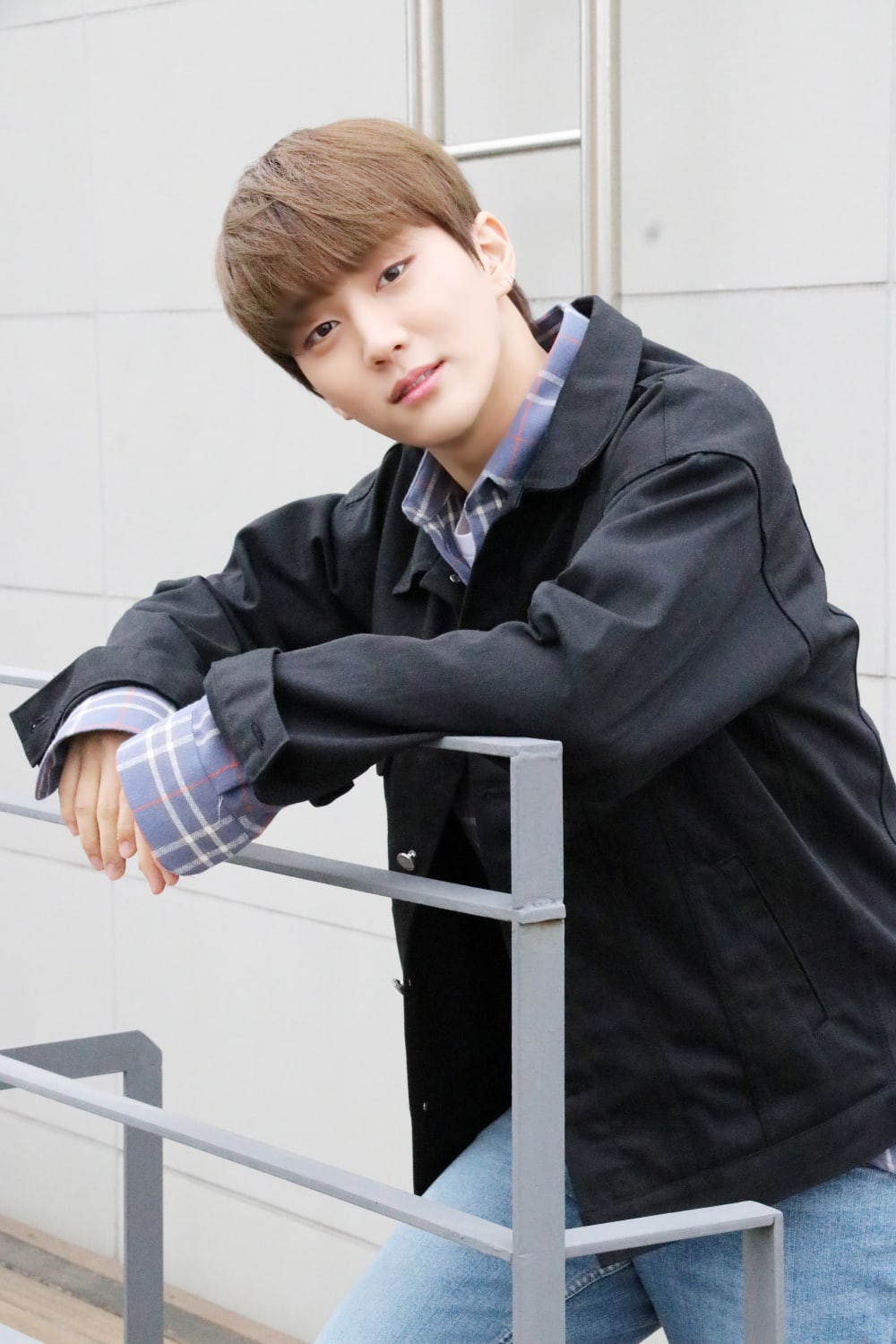 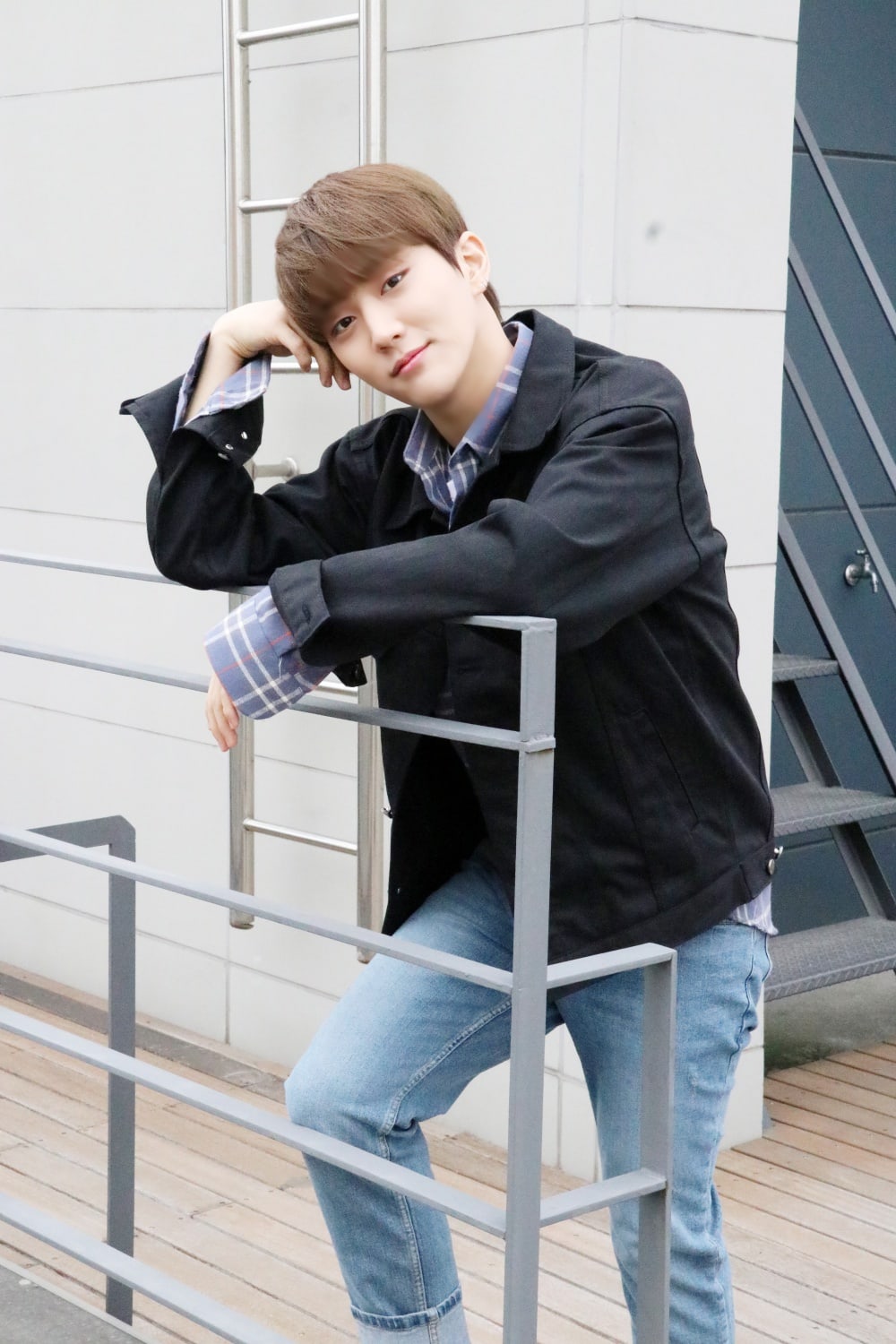 If Golden Child could have unit promotions, Joochan would like to see vocal member Seungmin with the two rappers Tag and Jangjun, who already jointly released “Drought” for their pre-debut W Project. He shared, “The two rappers are very different, but they harmonize very well. I think combining [their rap] with Seungmin’s vocals would give a very new feeling.”

We told him to include himself in any hypothetical Golden Child unit, and he said, “Honestly, I want to try being in a unit with every member. Y, Jibeom, and Seungmin are practicing their vocals a lot, so [if we formed a unit] as vocalists, I think it would be a very novel combination.” If he could decide on a concept for this unit, he would take on the sexy concept, which is something he has always wanted do try and feels confident about.

Nearing the end of the interview, we asked about Golden Child’s plans and goals for 2019. “First of all, I’m personally focusing on recovering my health this year, so my goal is to quickly get better and have Golden Child make a comeback within the year. We’d also like to have many opportunities to visit fans overseas. Throughout our promotions, we often heard that we work very hard, so our biggest goal through our next comeback is to hear that we are talented more often.” In regards to personal goals, he hoped to study foreign languages and become fluent enough to talk to fans worldwide, stressing the importance of communication. 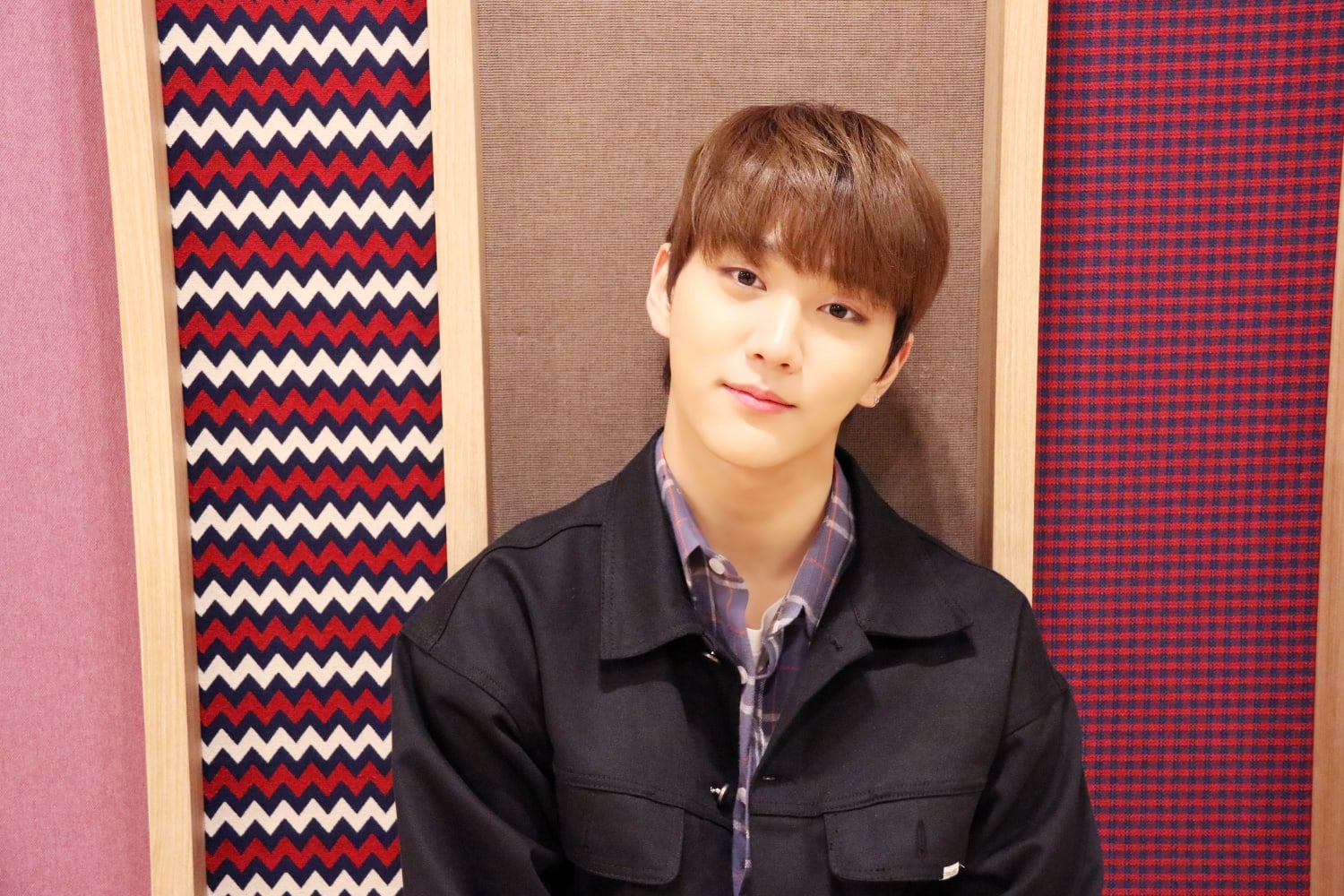 Lastly, he wanted to tell international fans, “I want to thank you for sending us so much love. [International fans] show interest in us and love our songs even though we are in a very faraway country. That’s why I really want to thank you, and if given the chance, I want to meet with you closely so please wait, and when that time comes, I hope you enjoy the moment with us.” 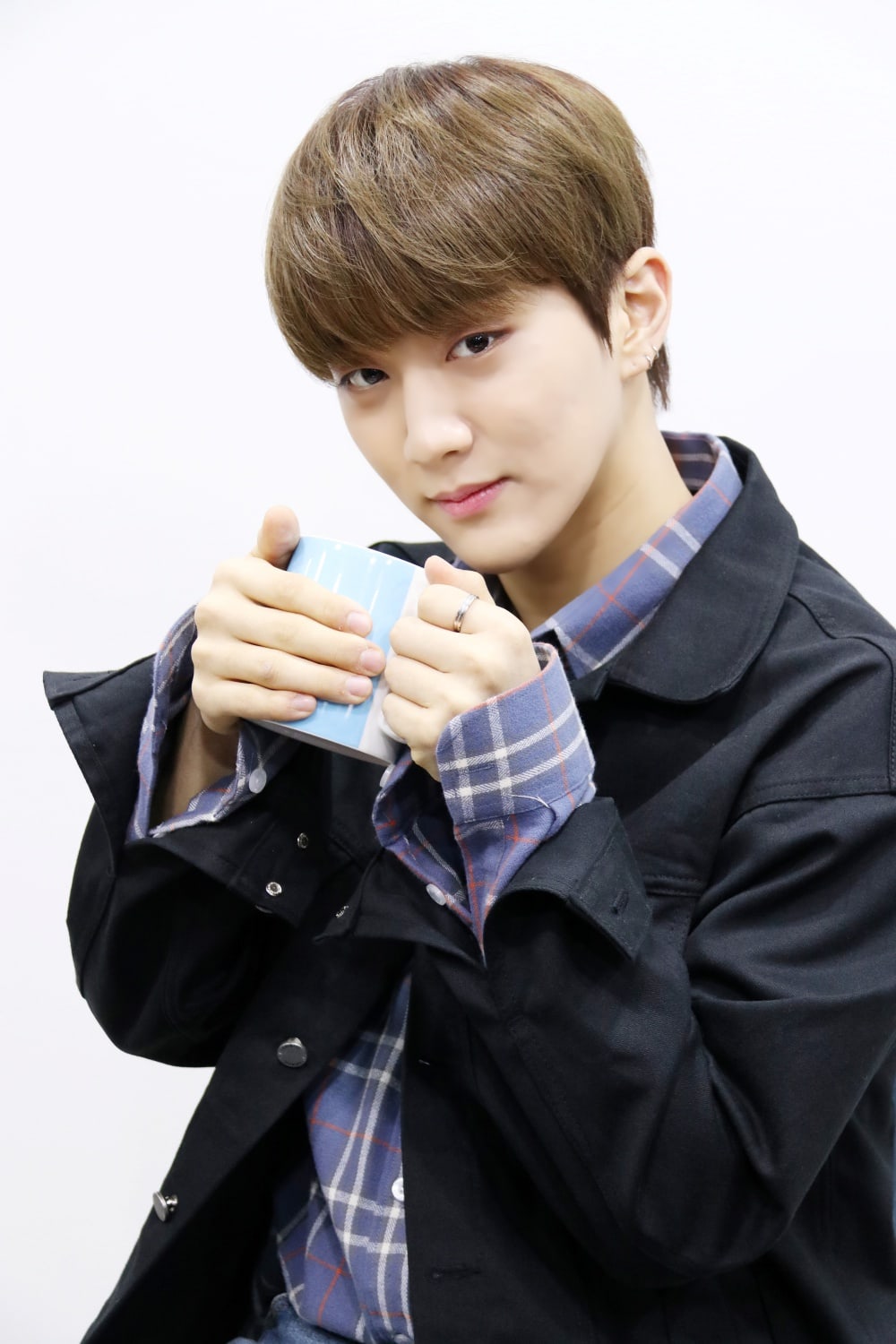 Joochan’s first solo digital single “A Song for Me” is due out on February 27 at 6 p.m. KST.