On March 24, Highlight’s official Twitter account shared a photo of the two smiling brightly at the camera with the caption, “A photo with a precious friend who ran to Gikwang’s solo concert as soon as he was given his first official leave from the military.” They also shared a photo of Lee Gikwang holding a slogan that read, “Gikwang, we’ll be back again. So see you then.” 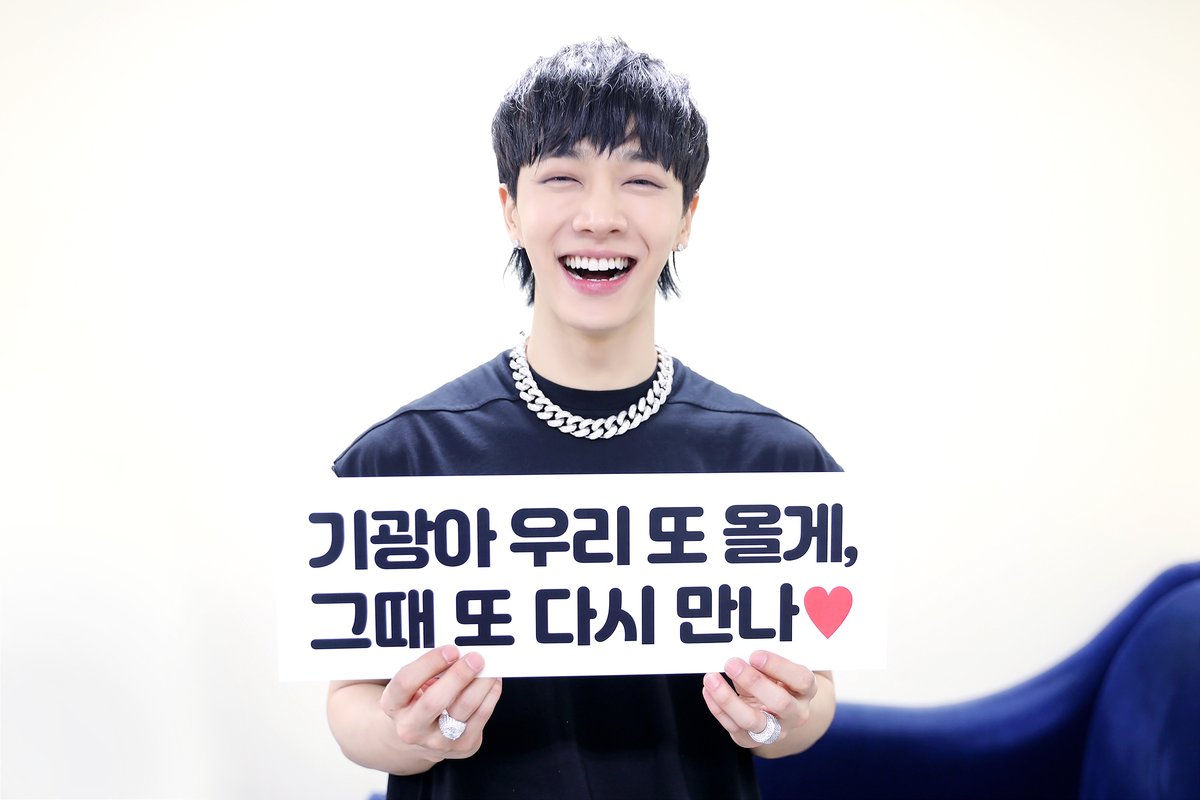 This was Lee Gikwang last concert before his upcoming enlistment as a conscripted policeman on April 18. He will be the third Highlight member to enlist following Yoon Doojoon, who enlisted in August 2018, and Yang Yoseob, who enlisted on January 24.

Ahead of his enlistment, Lee Gikwang released his digital single album “I” on March 18 and held a solo concert on March 23 and 24 to create unforgettable memories with fans.

Lee Gikwang
Yang Yoseob
Highlight
How does this article make you feel?