On Joo Wan Shares His Dream Of Perfect Married Life

During the show, On Joo Wan was asked, “Are you thinking of getting married later in life, or are you going to stay a bachelor?”

On Joo Wan answered, “I thought I would be married by age 32. Even now, I really want to get married.” The actor is currently 37 (Korean age). 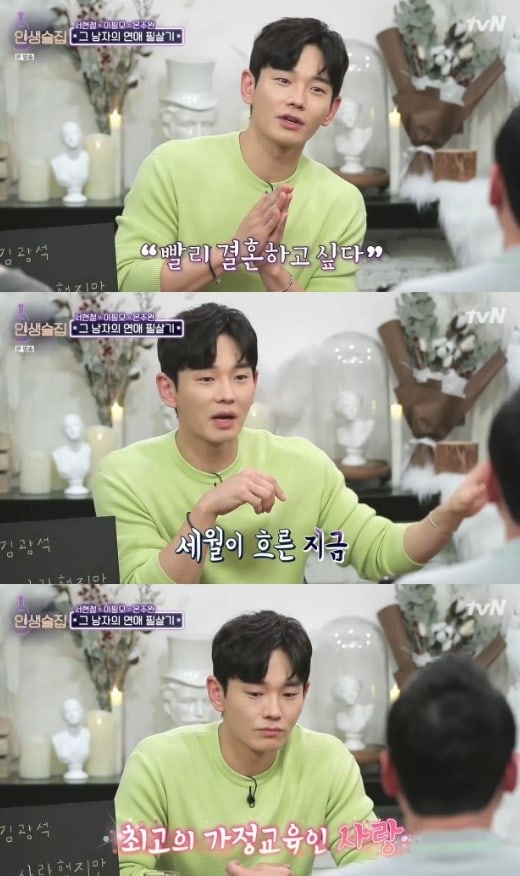 He continued, “When I was in high school, I saw my mother singing to my father and thought, ‘This is the kind of family life I want to have.”

The actor also shared that he wears his heart on his sleeve in romantic relationships. “I don’t find saying ‘I love you’ to be awkward at all,” he said. “I think that not saying what you feel is like killing those words. That’s why I try to say ‘I like you’ and ‘you’re pretty’ as often as I can.”

On Joo Wan has appeared in dramas like “Man Who Sets the Table,” “Dear Fair Lady Kong Shim,” “The Village Achiara’s Secret,” and “Punch.” He was in a relationship with actress Jo Bo Ah for almost two years before the couple broke up in January 2017.

On Joo Wan
Life Bar
How does this article make you feel?