On the latest episode of “Running Man,” Jun So Min revealed the hilarious reason that she considers Lee Kwang Soo her role model!

During the March 31 broadcast of the SBS variety show, the cast members and guests split up into teams and played a game of trivia. Each team was given a bowl of water, and the production staff explained that the team whose bowl overflowed first would be the losing team. Whenever a team guessed the correct answer to a question, they were given the opportunity to pour water into the other teams’ bowls.

At one point, when guest Kim Jae Young was preparing to pour water into HaHa and Jun So Min’s team’s bowl, HaHa suddenly attempted to deter him by declaring, “Jae Young, if you pour that water into this bowl, it means that you’re going to start dating So Min.”

Jun So Min protested in embarrassment, and HaHa teasingly responded, “What? You’d like that!” Kim Jae Young paused for a moment to consider his decision, and Yoo Jae Suk drove the actor away from his own team’s bowl by joking, “Jae Young, if you pour that water into [our bowl], starting tomorrow, Ji Suk Jin will be your new manager.” Ji Suk Jin playfully chimed in, “I’ll come to pick you up, but you’re going to have to do the driving.” 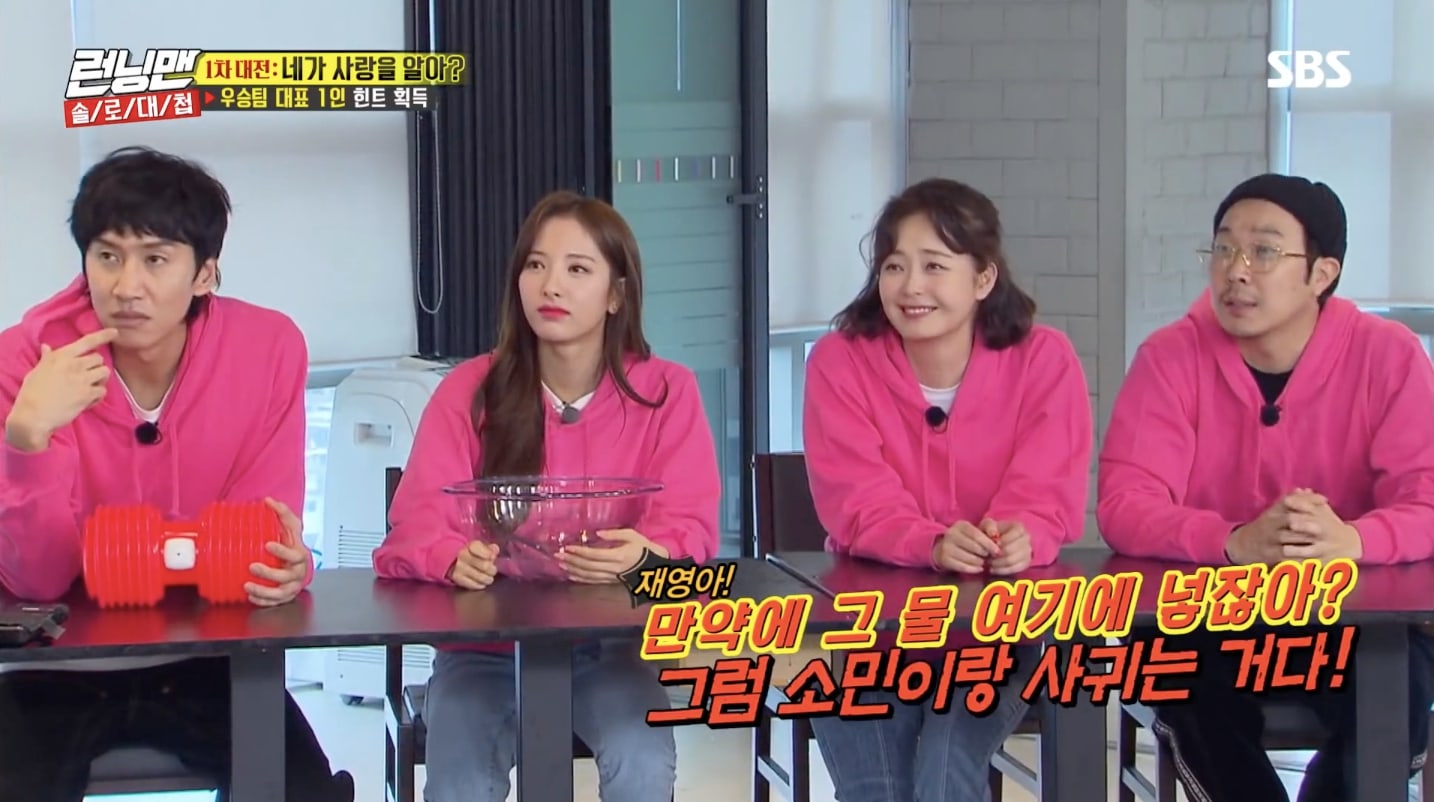 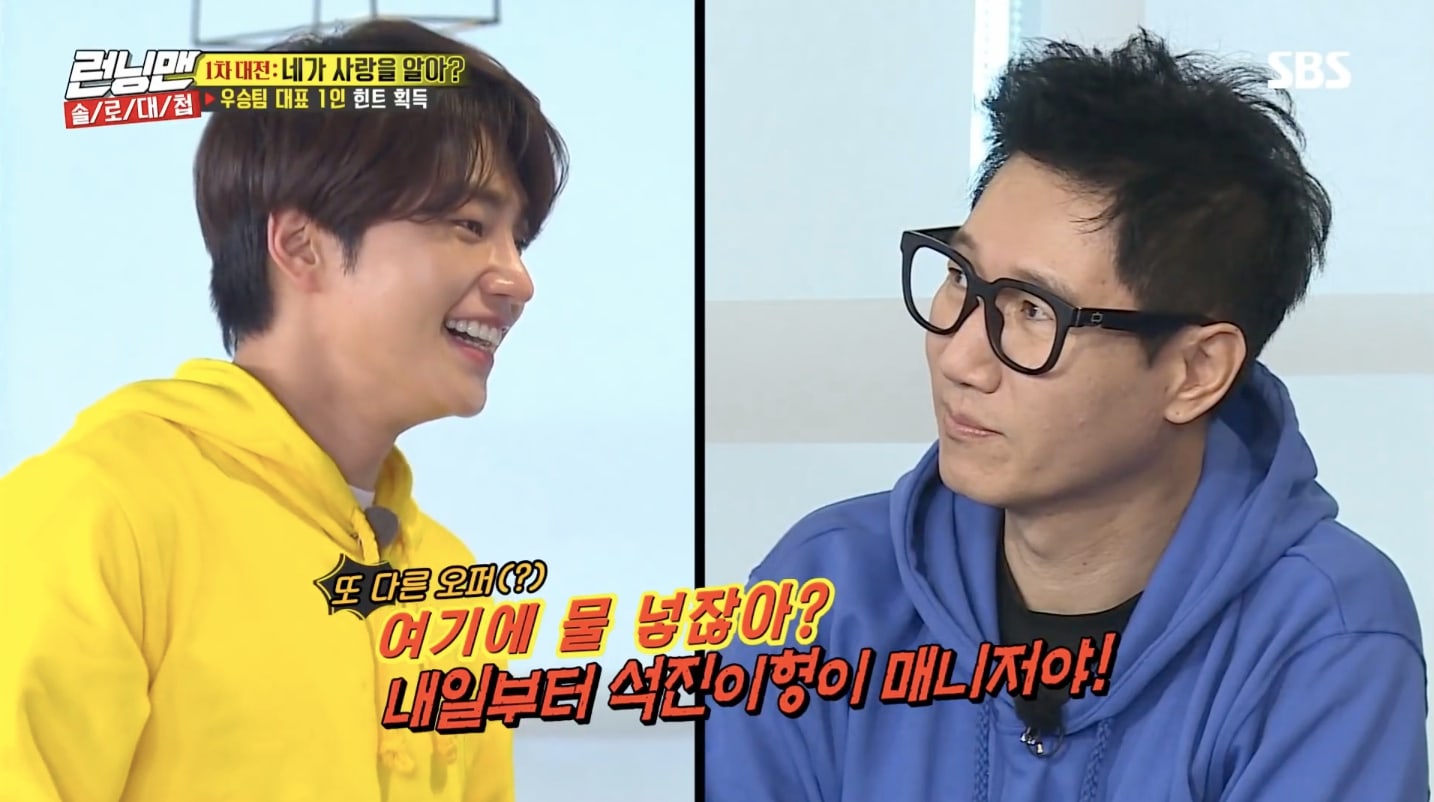 Kim Jae Young ultimately decided to pour the water into Jun So Min’s team’s bowl, and Jun So Min happily welcomed his decision—even though it meant that her team was one step closer to losing. Kim Jong Kook laughingly observed, “So Min is happy. She likes it.”

Jun So Min then flirtatiously told Kim Jae Young, “My role model is Lee Kwang Soo.” Referring to the fact that Lee Kwang Soo is currently dating actress Lee Sun Bin, whom he met while filming “Running Man,” Yoo Jae Suk asked, “Because you want to date a guest too?” and Jun So Min cracked everyone up by confirming, “Yes.” 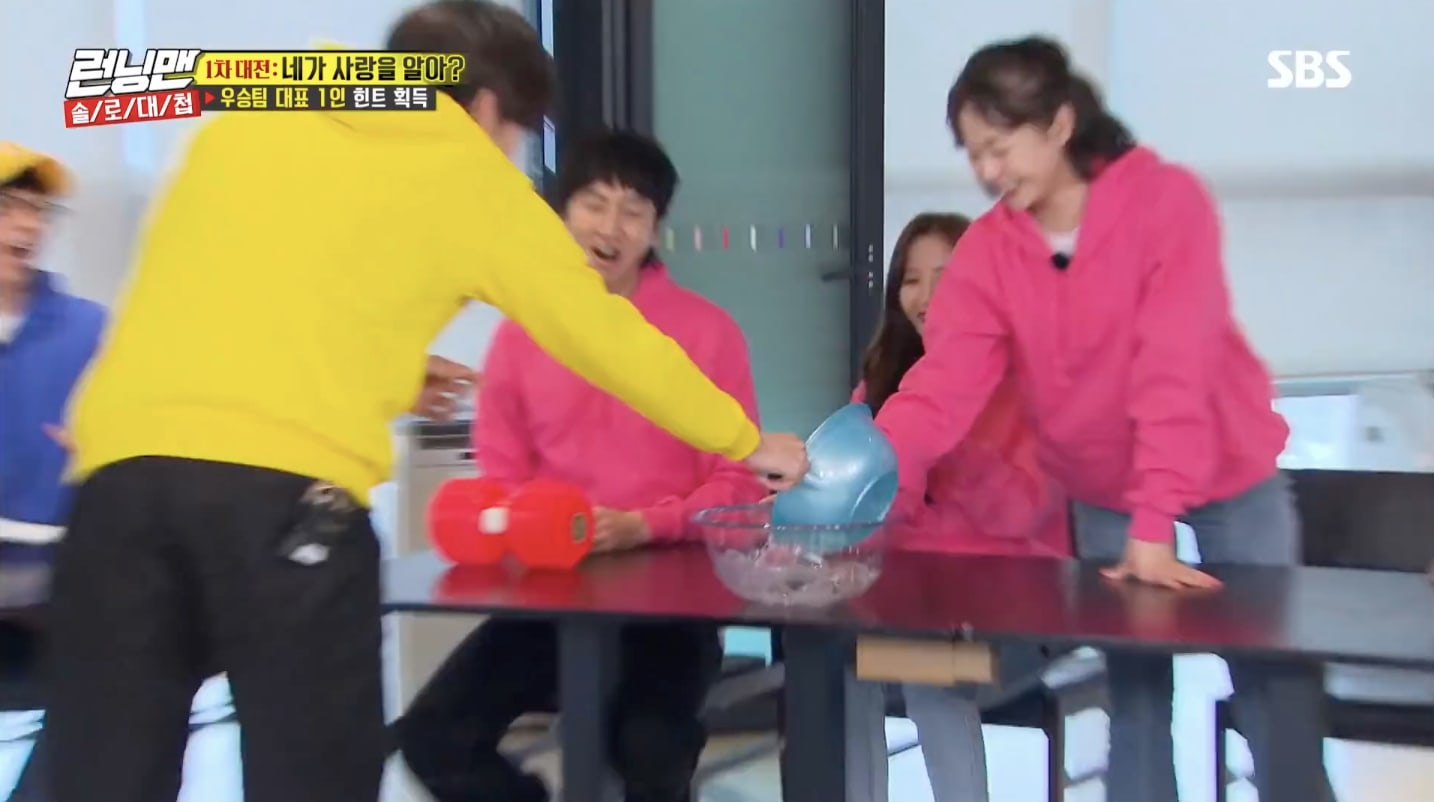 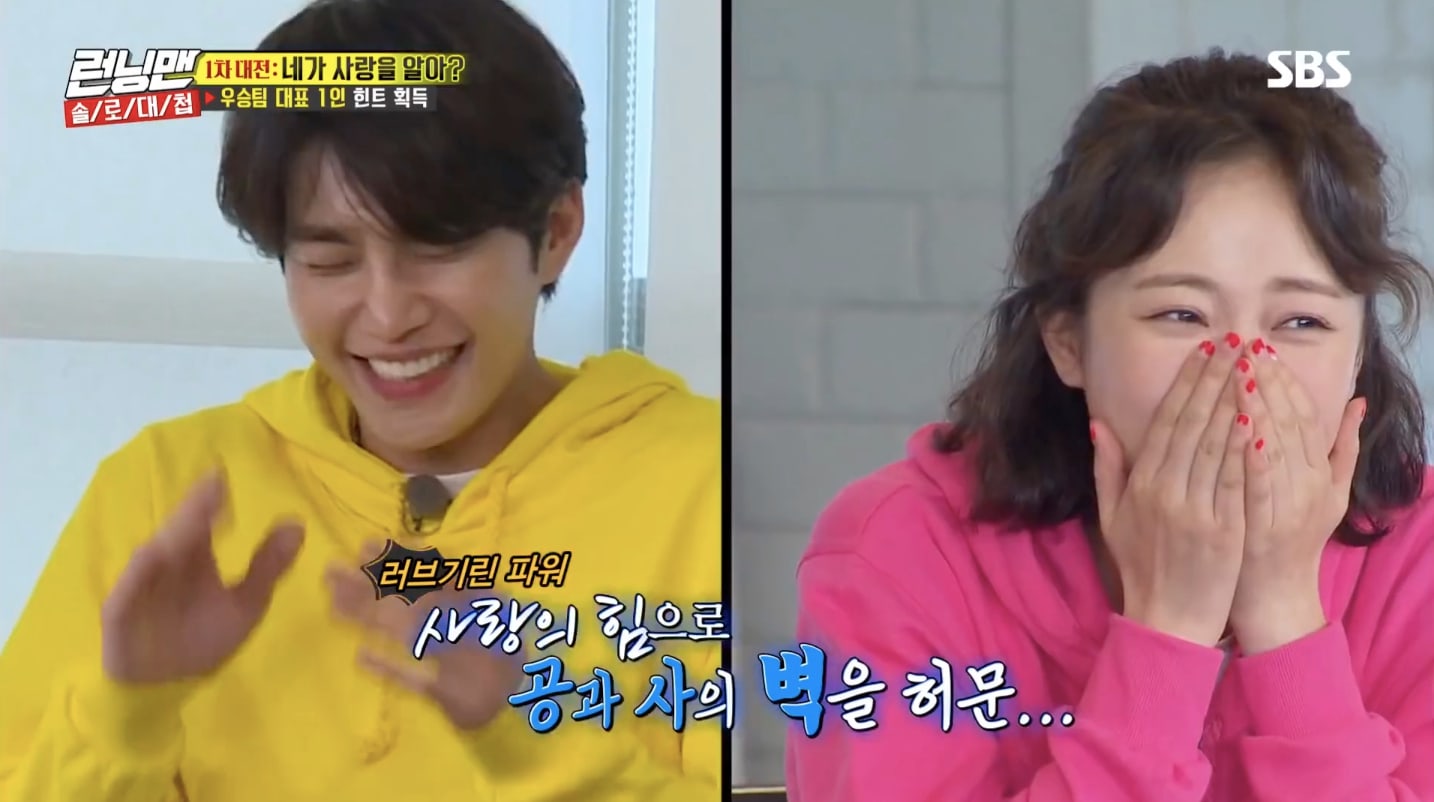 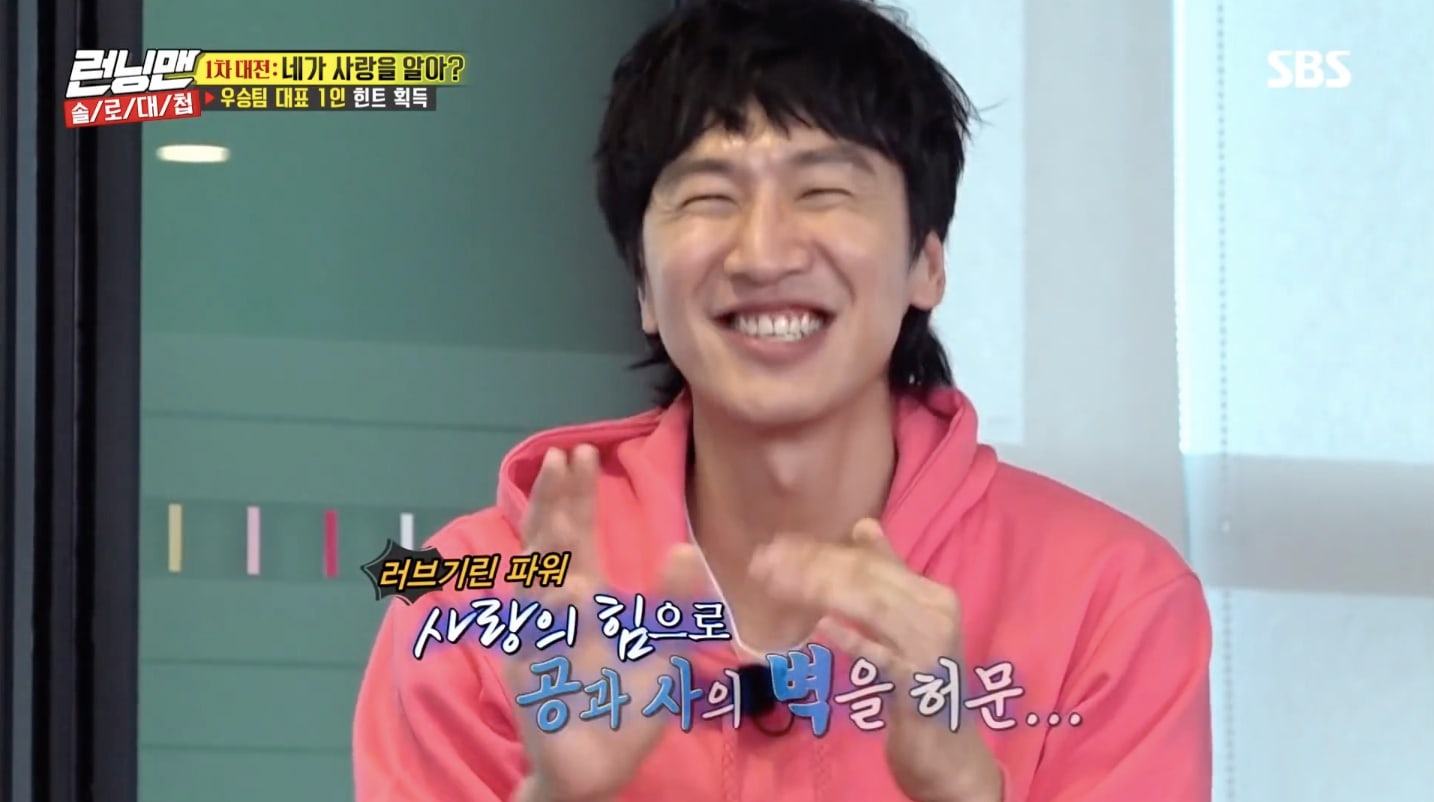