On the April 7 episode of KBS 2TV’s “The Return of Superman“, Sam Hammington got William excited by sharing that they were visiting someone with a similar nickname to Bentley. That person turned out to be none other than Block B member P.O and his fellow BASTARZ members U-Kwon and B-Bomb!

Even in the midst of their dance practice, the members came rushing over to greet the boys and introduce themselves. P.O exclaimed that he was a big fan of them, and could not hide his joy at William simply repeating his name. 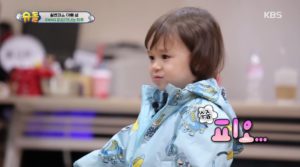 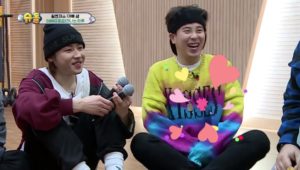 William shared the tangerines they brought with each of the members, but forgot his own brother. 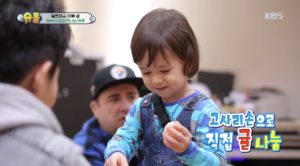 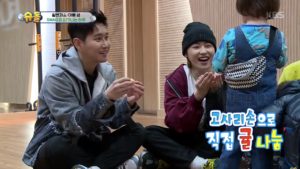 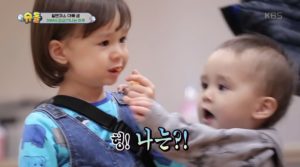 After Bentley got ahold of a full tangerine, he didn’t let it go, even though the members were just trying to break it in half for him. B-Bomb and P.O took turns chasing Bentley down, but he was successfully able to keep the whole tangerine to himself. 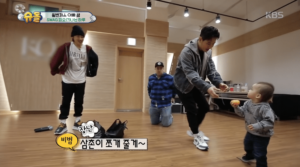 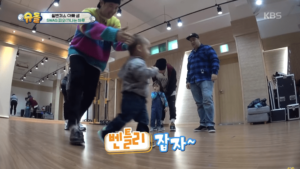 B-Bomb and P.O then showed off their hilarious dancing chicken hats. While William thought his dad looked like a lamb wearing the hat, Bentley didn’t find it amusing at all. 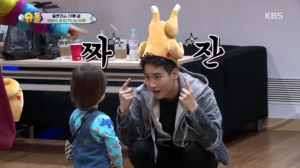 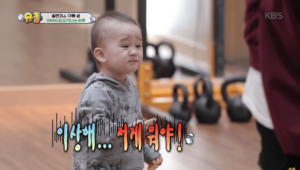 William looked adorable trying the hat on himself, and P.O quickly made sure to take a picture of and with him. 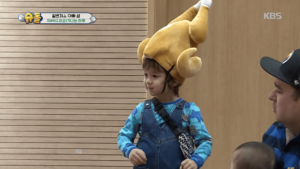 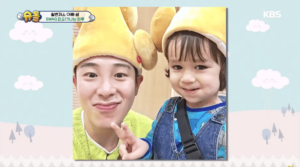 The members finished off their dance practice before saying farewell, showcasing their incredible dance moves which Bentley happily joined in on.

Check out the latest episode of “The Return of Superman” below!

Block B
Bastarz
The Return of Superman
B-Bomb
P.O
U-Kwon
William Hammington
Bentley Hammington
How does this article make you feel?