NU’EST held their very first Korean concert as a five-member group this weekend!

On April 12 and 13, NU’EST held the first two nights of their solo concert “Segno” at the Olympic Gymnastics Arena (KSPO Dome) in Seoul, marking the first time that all five members performed together in over two years. A total of approximately 36,000 concertgoers will attend the three nights of the sold-out concert, which will come to an end on April 14. 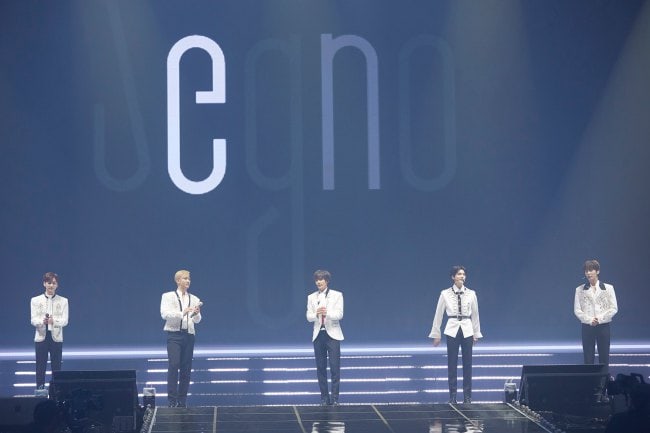 Minhyun, who joined his bandmates on stage for the first time following the end of his activities with project group Wanna One, told their fans, “We have filled not only our performances but also our video clips with the things that we want to show L.O.Λ.Es [NU’EST’s official fan club name]. We will make this time that we are spending together now the happiest in the world.” He also affectionately compared the concert venue, which was lit up by the pink glow of NU’EST’s official light sticks, to the color of cherry blossoms. 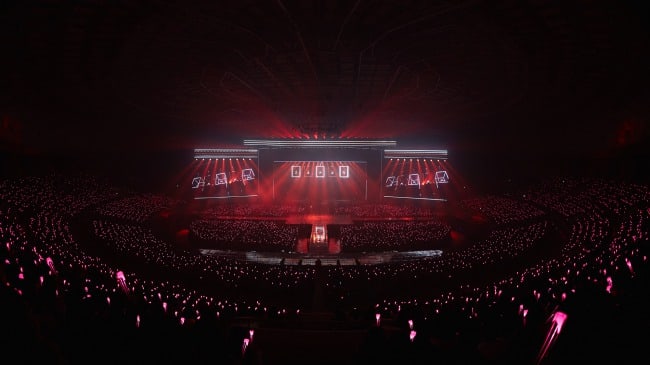 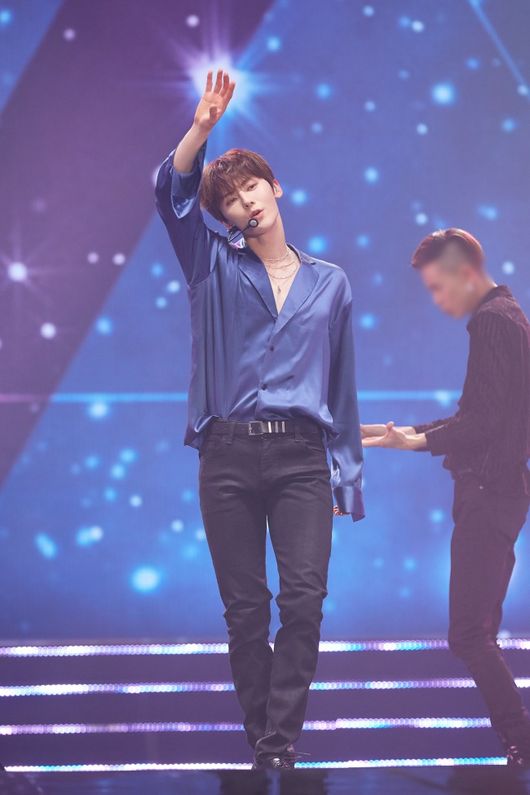 Baekho explained that the name of the concert, “Segno,” referred to the musical term “dal segno,” commenting, “It means going back and starting from the beginning. So while we were preparing for the concert, we wanted to present our old songs in a new way.”

Leader JR remarked, “I think that this concert is a really special concert for both us and for L.O.Λ.Es.” He also shared, “As we came down [to the stage], I felt overwhelmed when I saw that this venue was completely filled up with our fan light [sticks]. Hearing the cheers of L.O.Λ.Es, I was able to start the concert with so much energy.” Baekho chimed in, “Even with my in-ear monitors, I could hear the sound of your cheers on both sides. It felt so thrilling. I loved it.” 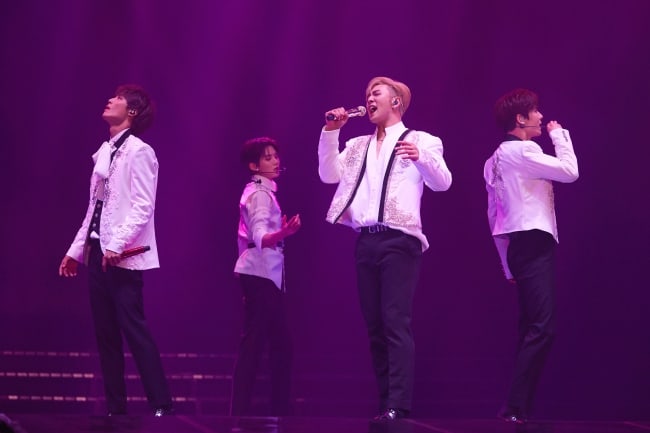 Aron, who was unable to dance during the concert due to a physical injury, expressed his regret that he wasn’t able to fully participate in all of the performances. “I’m sorry to the other members and to all of you,” he told the fans, before reassuring them, “I’m getting much better, so you don’t have to worry. I’ll recover soon.”

JR reassured Aron in turn, saying, “Since we’re a team, we can make up for each other.” He went on to tell the fans, “We’ll definitely show you a great performance with all five members in the future.” Minhyun added, “Even though [Aron] can’t dance together with us, the fact that he’s still performing the ballads and the less intense songs together with us is enough to make me happy.”

Ren added, “And at the Olympic Gymnastics Arena!” while Baekho chimed in, “And all of the concerts are sold out!” 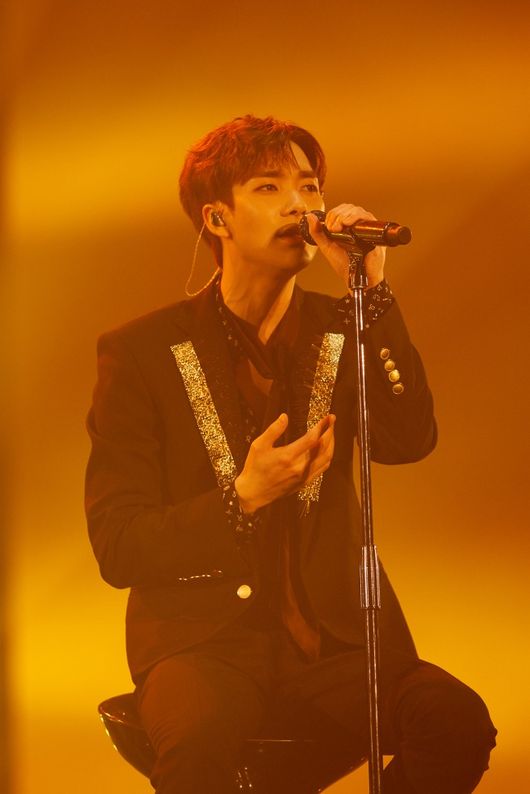 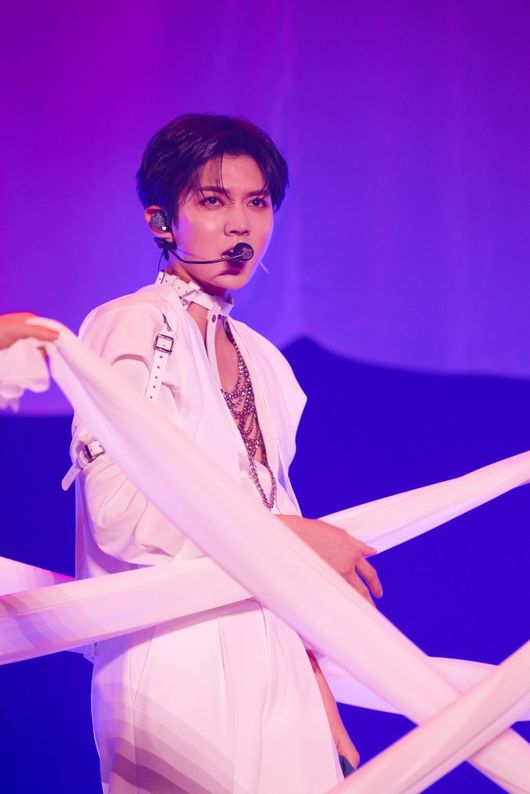 Later on in the concert, the members became emotional as they thanked their fans for making their dream come true.

JR remarked, “It’s been seven years since we came together, and it’s because L.O.Λ.Es remained unchangingly by our side that we’re able to stand here now. If you’ll stay with us like this, then NU’EST will be with L.O.Λ.Es forever. I want to sincerely thank you.”

Ren also commented on the fact that NU’EST is now in the eighth year of their career, musing, “I think time really flies by. I remember how everyone worked hard and suffered when we first debuted. Even now, we’re still working hard for L.O.Λ.Es.”

Minhyun added, “It took seven years for the five of us to be able to hold a concert in a large venue like this. I’m so grateful that we’re able to be together with L.O.Λ.Es, who have always been our dream, in this place that we had only dreamed of.” 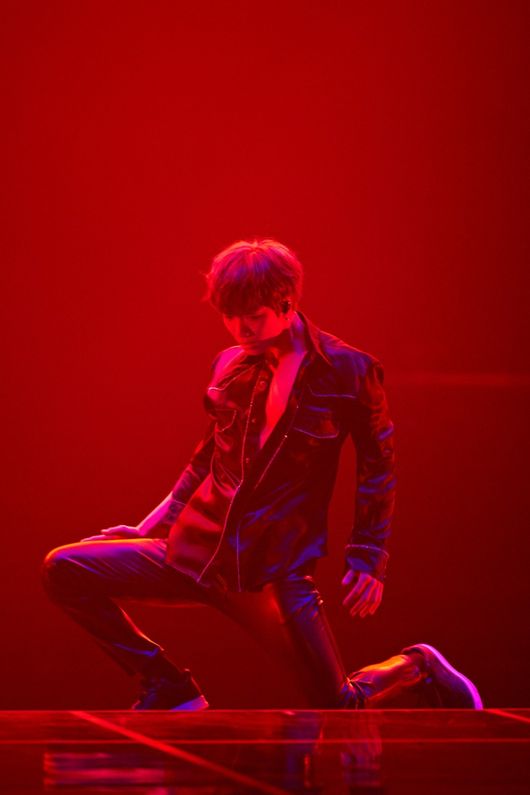 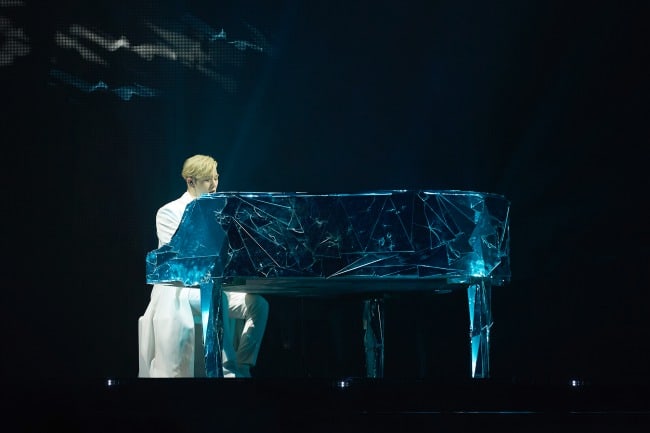 Baekho told the fans, “I’m truly so, so thankful that you have made these kinds of amazing things possible,” while Aron similarly remarked, “Thank you for filling up this large venue. And I’m so grateful to my fellow members for making up for my shortcomings. Truly, I’m able to live happily each and every day thanks to our L.O.Λ.Es. We will be sure to repay all the love you’ve given us, so please stay by our side.”

Ren, who had a hard time speaking through his tears, also said, “I made up my mind not to cry [during the concert], so I’m sorry that I showed you [so many tears]. Every moment that I thought of L.O.Λ.Es, I started tearing up. It’s because I’m so grateful and so thankful to you all. I’m always thinking of how we can repay you in the future, and I’m truly thankful that you’re together with us and have made it possible for us to stand on this stage that we have always dreamed of.” 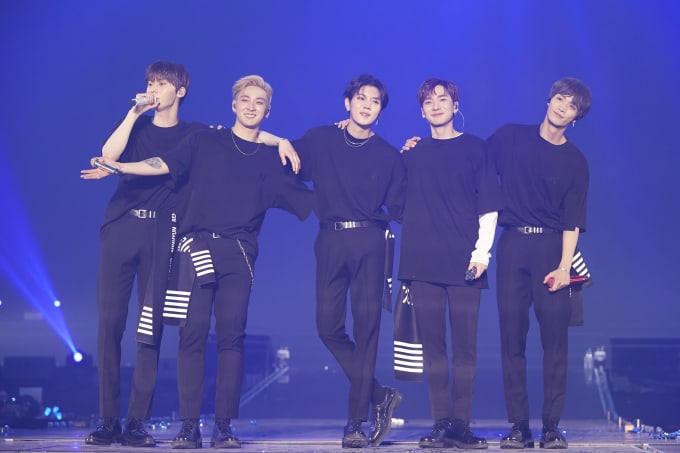 After holding the final night of their “Segno” concert on April 14, NU’EST will be gearing up for their first comeback as a full group in almost three years. Earlier this week, Pledis Entertainment confirmed that the group is preparing for a comeback with the goal of a release sometime in April.

In the meantime, check out the music video for Minhyun’s solo pre-release track “Universe” here!