Actor Caleb McLaughlin, who is best-known for his role as Lucas Sinclair in the hit Netflix series “Stranger Things,” showed love for NCT 127 at their latest concert!

On April 26, the American actor attended NCT 127’s “Neo City – The Origin” concert in Atlanta, the second stop of their first-ever U.S. tour. He also met up with the group backstage, where they snapped a cute group photo that he later shared on Instagram.

Caleb McLaughlin added in the hashtags, “Thanks for having me.”

Caleb McLaughlin also posted two video clips from the concert to his Instagram story—one of NCT 127 performing “Cherry Bomb” and one of the group performing “Regular.” 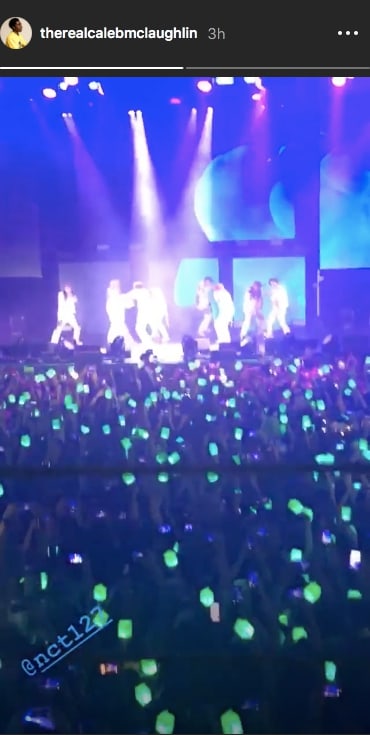 After their concert in Atlanta, NCT 127 will be heading to Miami for the third stop of their North American tour, which will take them to nine different cities in the United States and a total of 12 cities across the continent.

You can check out our exclusive coverage of NCT 127’s first-ever U.S. concert here!

NCT 127
Caleb McLaughlin
How does this article make you feel?