SBS’s “Big Issue” is about a renowned photographer (Joo Jin Mo) who loses his job and family and hits rock bottom until he meets the editor-in-chief of a notorious tabloid (Han Ye Seul). Together, the two work together in using tabloid journalism to expose corrupt people in power. The drama was known for incorporating current entertainment industry scandals as part of its plot material. 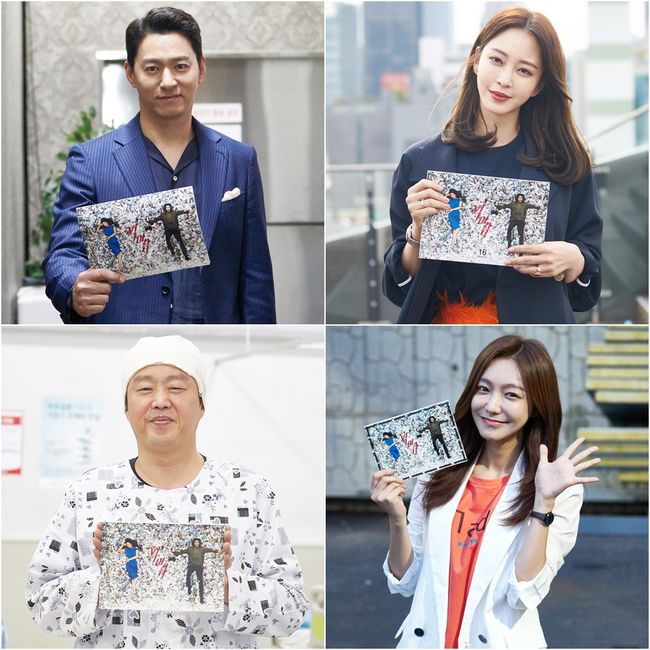 On May 2, the drama released statements from its lead cast. Joo Jin Mo said, “It was a colder winter than I can remember. We started filming when the wind chill was -10 degrees Celsius (14 degrees Fahrenheit) and now we’re ending on a warm spring day. It feels both refreshing and regretful. I think that working on ‘Big Issue’ in 2019 helped me grow as an actor, and it became a project that I learned a lot from. I had to play a lot of diverse characters and act in a lot of diverse situations, and I personally think that I learned a lot from that. Now, no matter what project I undertake in the future, I have confidence that I can do it well. Thank you to all the viewers who have stuck with us until the end. I want to tell them that I’m very grateful.”

Han Ye Seul said, “I regret having to part ways with Ji Soo Hyun after spending five months with her. To be honest, it doesn’t feel like the end yet. I think that I will live with the image of ‘Big Issue’ and Ji Soo Hyun for the rest of my life. Thank you from the bottom of my heart to the viewers who have shown their love for ‘Big Issue’ until the end. I was able to gain the courage to act as Ji Soo Hyun thanks to everyone’s support. Thank you for loving Ji Soo Hyun and I hope that she will be remembered as a good character.”

Kim Hee Won, who played the CEO of the tabloid, said, “I feel this every time [I end a project], but I’m full of regrets. I think that this drama was particularly relatable because it talked about the issues that are going on in society today. The cast and crew were able to take strength during the filming from that. But because of that, our regrets are even greater. The actors and production staff all worked hard.”

Shin So Yul, who played the team leader of the exclusive scoop team, said, “I’m happy to have worked on such a brilliant project with good seniors and juniors. It was fun. Personally, I was nervous and excited about trying this new character. I feel relieved that the drama ended well, but I do have a lot of regrets. I worked hard as an actor on set and worked hard as a viewer at home. The ratings left a little to be desired, but it’s a really fun drama so I hope that people can return to it later in the future. I want it to be a drama that is remembered.”

The production staff stated, “For the past five months, we were able to tell the story of paparazzi through the hard work of the cast and crew, including but not limited to Joo Jin Mo, Han Ye Seul, Kim Hee Won, and Shin So Yul. We hope that ‘Big Issue’ can be a drama that doesn’t just pass people by, but helps people think about the problems of the society we live in.”

“Big Issue” airs its final episode on May 2 at 10 p.m. KST. Watch the latest episode below: