On May 4, the investigative TV show aired an episode entitled “The Secret Private Lives of Hwang Ha Na and the VIPs of Burning Sun.” During the episode, the program delved into the drug scandal of the granddaughter of Namyang Dairy Products’ founder and her potential connection to the Burning Sun controversy.

The show met with an anonymous source, “A,” who said that she had spotted Hwang Ha Na in Macau with her then-boyfriend Park Yoochun. “A” said, “Around the end of 2017, I got to know Hwang Ha Na, and we said hello to each other. Park Yoochun wasn’t there at first, but he was there when we went downstairs. It didn’t seem like [Hwang Ha Na and Park Yoochun] were there for gambling or tourism. It seemed like they had something going on.”

“A” continued, “There was a time when Hwang Ha Na got drugs for a person who was acting like a puppet.” She also spoke about Hwang Ha Na’s connection with a wanted criminal named only by his surname Lee, attesting to the existence of the so-called “Hwang Ha Na List.”

“A” stated, “Hwang Ha Na gave Lee a list of celebrities who used drugs. She said, ‘Make a deal using this. Make a deal with the prosecution.’ At the time, Lee was a wanted criminal for child prostitution and the mediation of prostitution abroad.” When asked if Lee had revealed which celebrities were on the list, “A” said, “He didn’t tell me that. I was most curious about that part, but he wouldn’t tell me.”

Lee was arrested in January of this year, confirming the claims that “A” made about him. 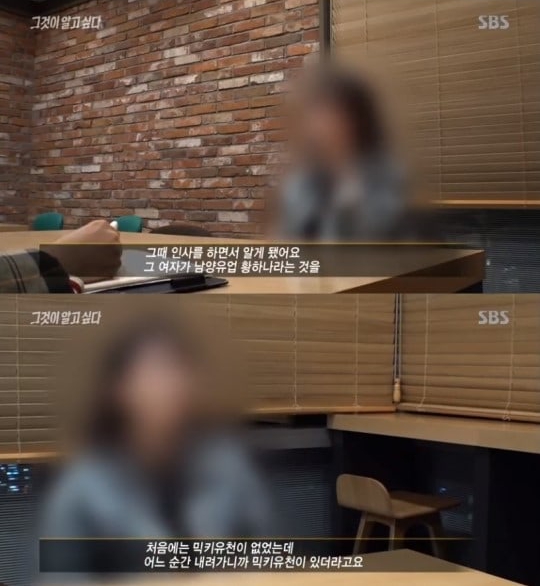 In 2015, Hwang Ha Na’s name appeared eight times in the written judgment for the drug case of college student “J.” Although Hwang Ha Na was found to be using, supplying, and administering drugs, in addition to instigating the use of drugs, she was not investigated. A source from the Jongno Police Station, which was in charge of the case at the time, commented, “The Jogyesa Temple incident happened at that time, and the entire intelligence investigation team all moved [to that case]. I don’t remember what happened after that.”

The supplier named in the written judgment of “J” was a famous DJ with the last name Oh who worked in the Gangnam District. Oh is known to be friends with Seungri, as well as a close friend of Hwang Ha Na. One Gangnam District club investor said, “Hwang Ha Na went to Burning Sun a lot. She’s also close with Lee Moon Ho [the CEO of Burning Sun].”

Earlier this year, Lee Moon Ho tested positive for drugs according to the National Forensic Service, but he continued to deny that he had ever used drugs. He commented, “It was a situation where I didn’t need to take a drug test, but I did so voluntarily and gave my urine and hair to the police. Since the results came back positive, there must have been [drugs] inside my body, but I don’t know how they got in there.” He then suggested that he had been unwittingly ingesting drugs through drinks given to him by the club’s customers.

However, an anonymous source refuted this claim by saying, “I saw Lee Moon Ho doing drugs. He rolled a pipe that looked like a cigarette, then kept drooling and laughing. When I asked if it was marijuana, he said, ‘It’s something that can’t be compared to marijuana.'”

Burning Sun and many of the individuals involved with the club are currently being investigated by the police after facing numerous allegations of criminal activity, including prostitution mediation, drug distribution, collusion with the police, embezzlement, and more.