Ma Dong Seok has shared his thoughts on the role offers he received from Hollywood and attending the upcoming 72nd Cannes Film Festival.

The actor has recently received many love calls from abroad. He is currently in talks to appear in Marvel Studios’ upcoming film “The Eternals,” which Angelina Jolie is in talks to star in. He will also be starring in the Hollywood remake of “The Gangster, the Cop, the Devil,” which is his upcoming film that was included in the lineup for the Cannes Film Festival.

On the increase of his activities abroad, Ma Dong Seok remarked, “It didn’t just happen unexpectedly one day. I don’t categorize films [when deciding which one to take on]. Even though they were small roles, I’ve always had exchanges with the United States, but I wasn’t able to do them due to timing issues. I thought that if the timing worked out, I’d be doing it, and this time, the timing worked out. I’m thinking of filming it as if I were filming in other regions within the country. Even if I advance into Hollywood, my base is in Korean films, so I’m going to focus mainly on Korean films. But I think it’ll be fun to film in a different atmosphere.”

Ma Dong Seok shared further details on the offer for Marvel’s “The Eternals,” saying, “We’re currently discussing the offer from Marvel. It’s true that I received an offer; we’ve discussed it together. They have to confirm the next part, so I have to wait for the official announcement. I don’t know what role it will be. It’s been a while since the offer came.” 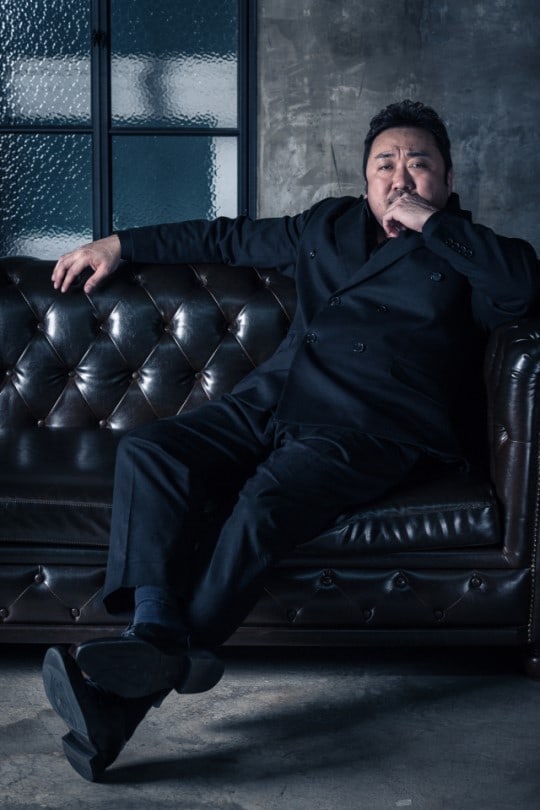 He talked about having to act in English, saying, “Since I can memorize the lines, I can say the lines proficiently. But I can’t speak [English] like an American, as if I had been born there. I taught physical training [abroad] for a long time so I can definitely communicate. Being good at Korean doesn’t mean you’ll be good at acting in Korean. Even if I know how to speak English, I need to study on acting in English. I have to prepare.”

Known and loved for his expansive work of action films, fans have designated his filmography as the “Ma Dong Seok Cinematic Universe” (MCU), a parody on “Marvel Cinematic Universe” (MCU). When asked about this nickname, Ma Dong Seok shyly laughed and shared, “For actors who film a lot of action movies, there’s a certain expectation for the action movies that they appear in. […] It would be great if every film was well-received and was a hit. But that doesn’t happen, so I try my best in the role that I’m in charge of for now. ‘MCU’ and things like that are excessive compliments. If people meant it in a good way, they’re overpraising me. If they’re saying it to tease me, I’ll accept the joke.” 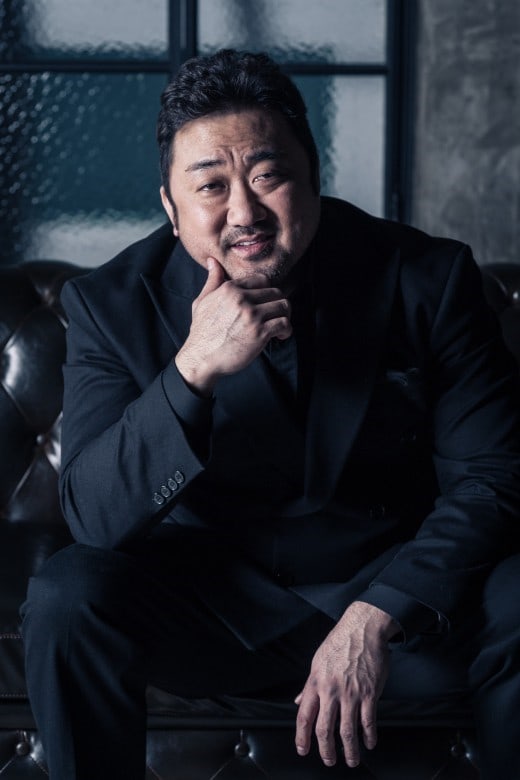 Ma Dong Seok then talked about being invited to the 72nd Cannes Film Festival for his film “The Gangster, the Cop, the Devil.” He commented, “I didn’t know we would go to Cannes. I was so surprised when I heard the news. Director Bong Joon Ho is also going. I sent him a message congratulating him, and he sent a message back. That’s when it really felt like I was going to Cannes.”

He continued, “I don’t really feel the merits of going to awards ceremonies and film festivals. They’re definitely great events, but I don’t film movies in order to go to those events. The priority is to have many people watch it. Premiering is more important, and I’m thankful for Cannes, but it comes second.”

“The Gangster, the Cop, the Devil” will premiere on May 15.

Ma Dong Seok
The Eternals
How does this article make you feel?