On May 14, Good Data Corporation released the rankings of the non-drama television programs and cast members that generated the most buzz from May 6 through May 12. The results were gathered based on online articles, blog posts, community forums, social media, and views on video clips for 181 non-drama television programs that are currently on air or are scheduled to air.

“Produce X 101” topped the list of most buzzworthy non-drama TV shows for the second consecutive week, having claimed 35.38 percent of the total buzz from non-drama programs. This is a rise from the 21.27 percent generated by the program last week.

The list of most buzzworthy cast members was also dominated by “Produce X 101” contestants, with eight of them being trainees from the program. The list is topped by former JYP Entertainment trainee Yun Seo Bin, who left the agency and the show following rumors about his actions in high school. The only two individuals in the top 10 who are not contestants on “Produce X 101” are AB6IX’s Park Woo Jin, who made his first appearance on “Law of the Jungle,” and Baek Jong Won from “Baek Jong Won’s Alley Restaurant.” 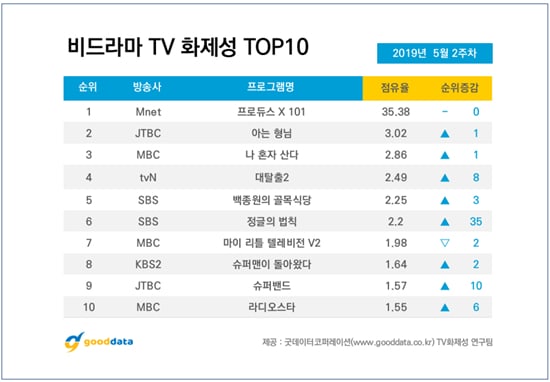 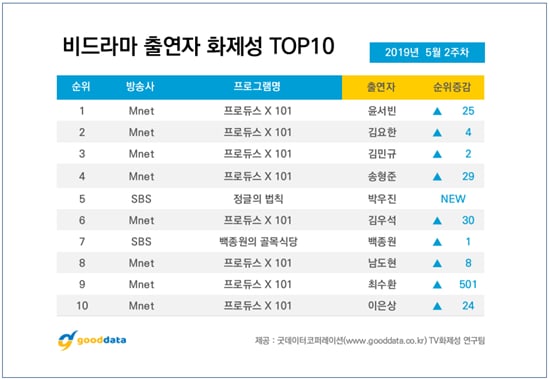