On the May 19 episode of the variety show, the “Running Man” cast members prepared for their upcoming Korean fan meeting, which will be held to celebrate the program’s ninth anniversary.

As the cast members discussed their opening performance for the fan meeting, HaHa chose BTS’s “Idol” as the song he wanted to perform. In response, the other members expressed their concerns as they exclaimed, “That song is too hard!” They had previously learned the choreography to the track for a mission.

After hearing the cast members talk about BTS, Yoo Jae Suk stated, “Those friends appeared on ‘Running Man.’ When I think back to that time, my heart still hurts.” BTS had previously appeared on the 300th episode of “Running Man” in 2016. During the episode, the idol group went up against the “Running Man” cast members in a mission of moving ramyun boxes across a sports field.

Kim Jong Kook also expressed his regret as he commented, “Why’d we make them do something like that. Why did I throw those friends around,” referring to how he had used his strength to physically move Suga, Jimin, and Jungkook. He then added, “But our ARMYs liked it. When I lifted up Jungkook’s [shirt], his abs were exposed.”

In response, the others joked, “Who are you calling ‘our ARMYs?'” 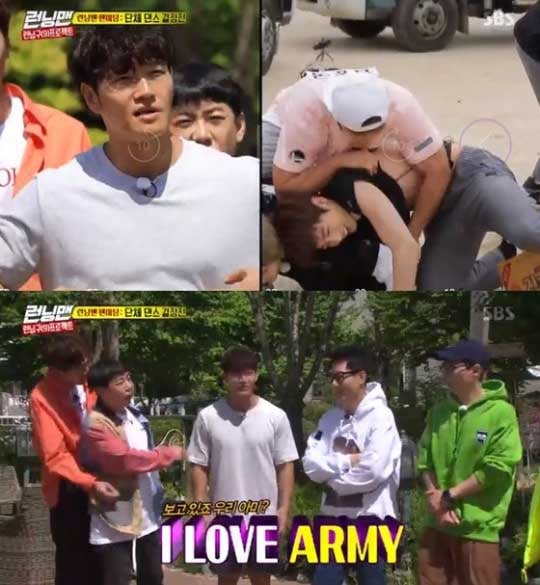