HallyuPopFest 2019, the biggest K-pop music festival in Southeast Asia, happened in Singapore over the weekend! This is the second year that the event has been held, and the festival just keeps getting bigger, this year’s new addition included the HallyuTown, a town square where fans were able to immerse themselves in Korean culture with booths showcasing the latest trends in Korean fashion, food and beauty. Fans were also able to send messages to their favorite artists and participate in a random dance event and games where signed albums of the attending artistes were given out as prizes. Showcase artist, KANTO, also made an appearance at HallyuTown to meet fans and give out a few autographed albums. 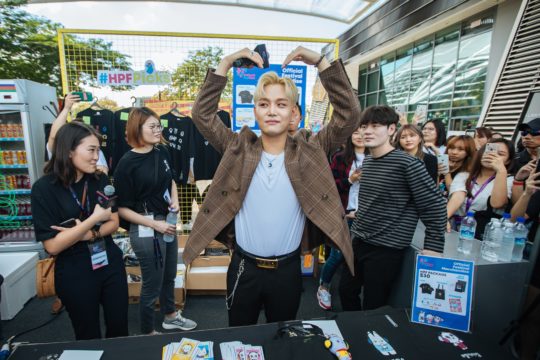 The two-day extravaganza, which comprises of an afternoon showcase and an evening concert, was headlined by Super Junior on Day 2 and featured numerous acts such as MONSTA X, PENTAGON, KARD and (G)I-DLE. Read on to see the highlights from the event!

Day 2 of the festivities kicked off in the afternoon with a showcase featuring up and coming acts TREI, KANTO, and VERIVERY! 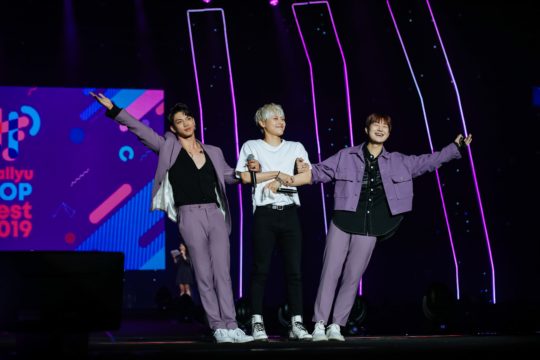 TREI, the three member group from Banana Culture, started the showcase with a performance of their debut single, “Gravity.” The trio went on to hold a Photo Challenge and Lucky Draw event for the audience and performed their songs, “Lonely Night,” “Turn The Light,” and “Lady”. 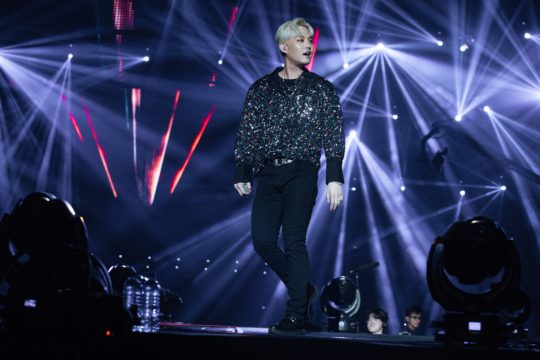 Next up on the showcase stage was KANTO, who had appeared in “The Unit” and “Show Me The Money 2,” with “Take”. The solo artist also went on to perform “Salty,” “Won,” “Yosm,” and “Lonely” for the Singapore audience! KANTO revealed that his birthday was on the day before, and the sweet Singapore fans sang him a birthday song to celebrate his birthday. 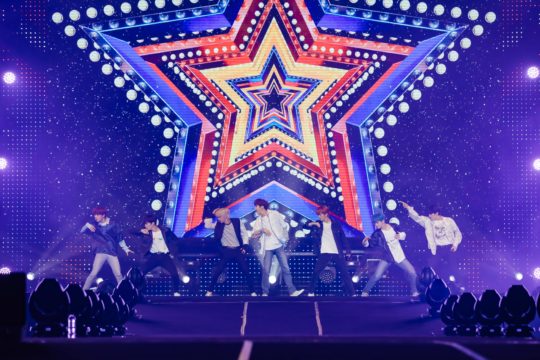 VERIVERY took the stage next with their songs, “Alright,” “F.I.L.,” and “Light Up”! The seven-member group also participated in a Random Dance challenge where they danced to Wanna One’s “Energetic,” TWICE’s “Fancy,” NU’EST’s “Bet Bet,” their agency’s senior, VIXX’s “Shangri-La,” and BTS’s “Boy With Luv”!

190526 Verivery danced VIXX's Shangri-la during their random dance play. It's their Jelpi seniors, of course all of them danced in sync ? #HallyuPopFest2019 #VERIVERY pic.twitter.com/aUBXxTTYln

We can’t wait to see what other surprises the three rising artists will bring to us in the future!

The artists performing on the showcase and evening concert then walked the red carpet to greet fans and answer some questions from the press. 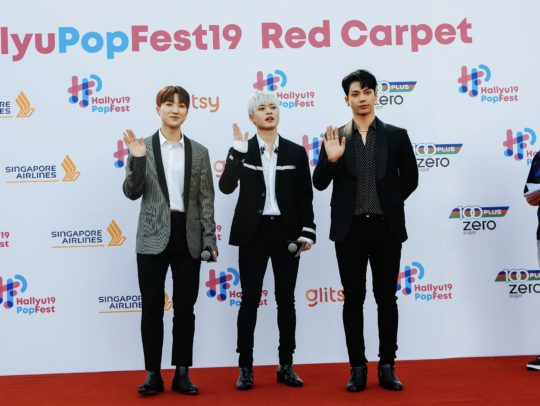 TREI was first up on the red carpet in their black and white ensembles. 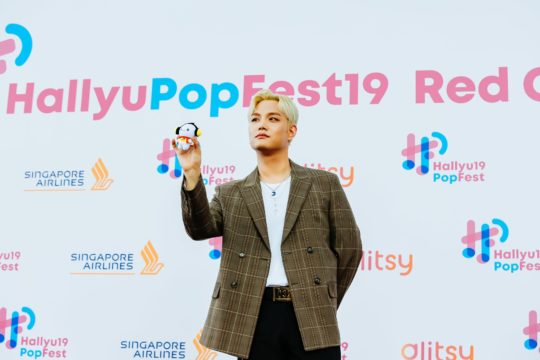 KANTO was next up on the red carpet looking dashing in a checkered blazer. 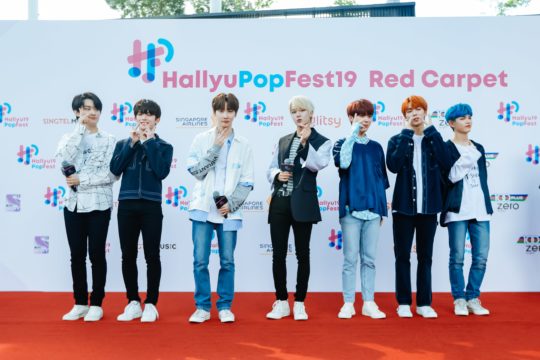 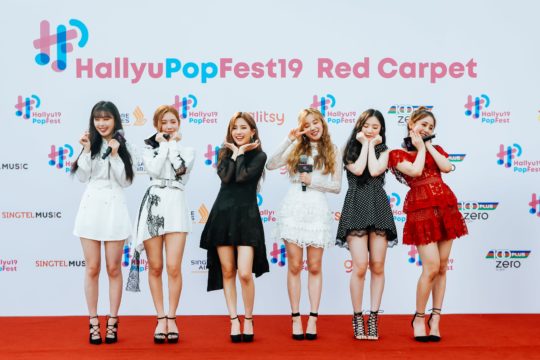 (G)I-DLE, went on the red carpet next and were asked to strike an aegyo-filled pose to counteract their usual girl crush image. 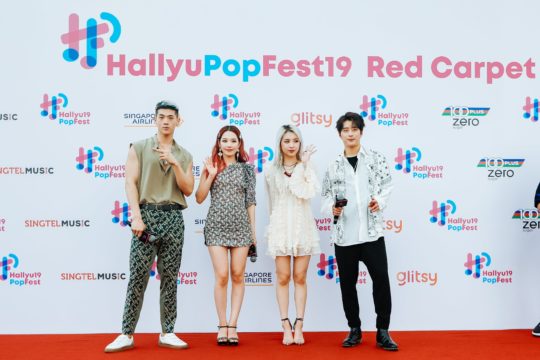 KARD was next on the red carpet where they discussed their latest single “Bomb Bomb” and J. Seph also attempted to sing Jiwoo’s high notes from the song. 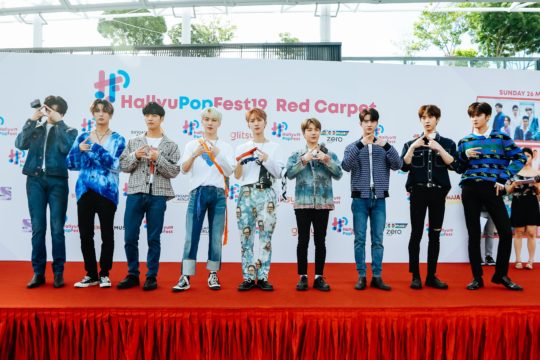 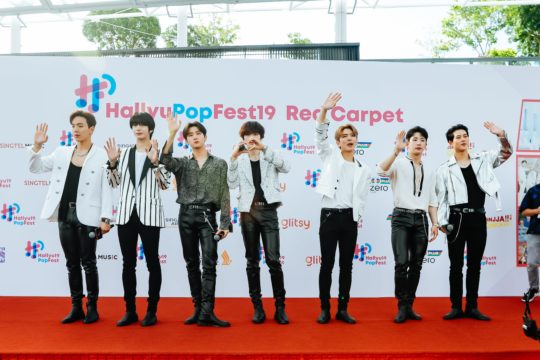 MONSTA X greeted fans next in black and white suits. 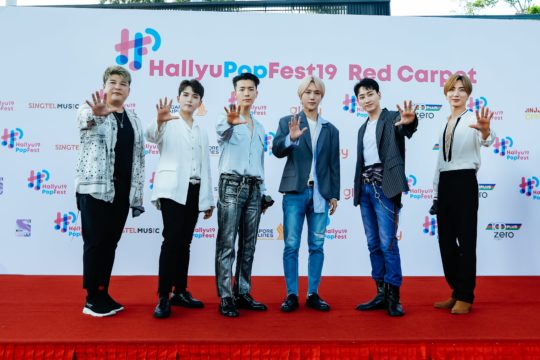 After a slight delay, the members of Super Junior made their way to the red carpet to the fans’ delight! Leeteuk took questions from the media about their future activities and promised fans that they will see a comeback later this year with a complete group, with Kyuhyun’s recent discharge from the military. 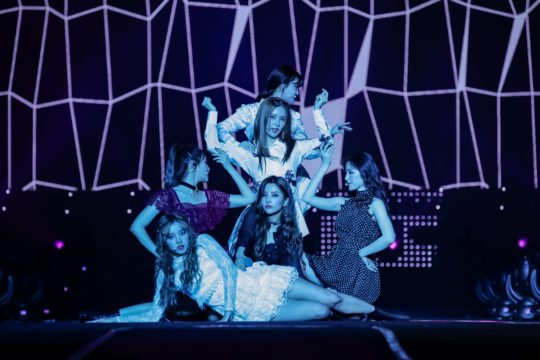 (G)I-DLE kickstarted the evening concert portion with “Senorita.” This was (G)I-DLE’s first time performing in Singapore, though they had been here previously for their debut album jacket shoot. The six-member group was excited to perform for Singapore Neverlands and mentioned they were honored to be given an opportunity to perform with the many attending artists and that they hoped to return very soon with their own solo event. They closed off their segment with performances of “HANN (Alone)” and “LATATA” which had cemented their monster rookie status. 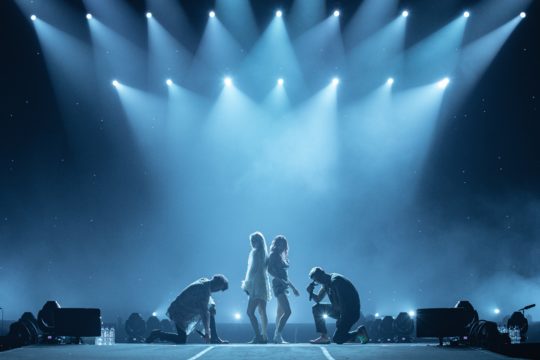 KARD burst onto stage next with “Oh NaNa” to the delight of Singapore fans. The four-member group got the entire stadium singing and dancing with their hit songs “Don’t Recall,” “You In Me,” “Ride On The Wind,” and “Hola Hola“. Performing their latest single “Bomb Bomb,” KARD certainly closed off their segment on an explosive note! 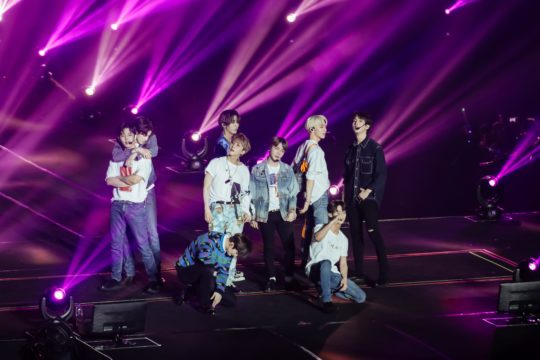 Following KARD, PENTAGON was the next artist to perform on stage with “SHA LA LA.” They went on to perform “Runaway,” “Violet,” “Critical Beauty,” “Naughty Boy,” and the group saved the best for last, choosing to end their set performing their hit single, “Shine“! 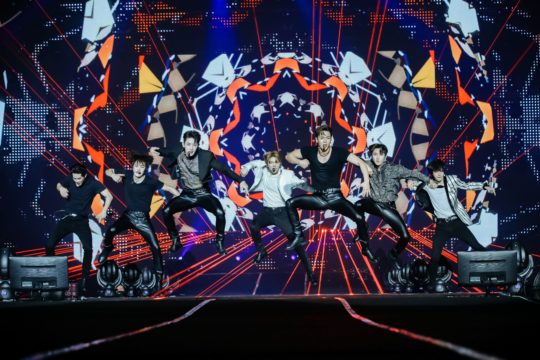 MONSTA X took the stage next with loud cheers from the Singapore Monbebes. They performed “Jealousy,” their collaboration with Steve Aoki, “Play It Cool,” “Need U,” “Party Time,” and “DRAMARAMA” on their set list. Member Wonho also continuously teased fans by taking off his suit jacket to expose his mesh tank top underneath. MONSTA X then ended their set with a performance of their latest single, “Alligator.” 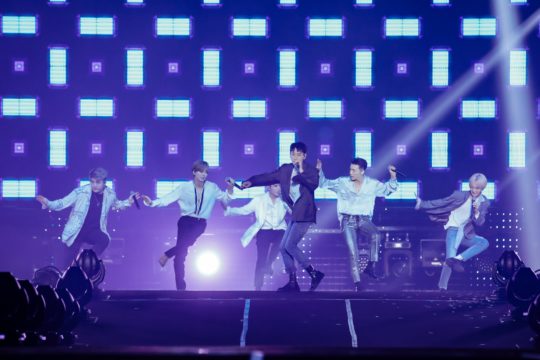 The headliners of the concert, Super Junior, started their segment with a bang, performing their classic hits such as “Sorry, Sorry” and “Bonamana” to an enthusiastic response from E.L.F.s. They proved that they’ve still got it, running to all corners of the stage to greet and interact with fans, Leeteuk also mentioned that he had been working out hard to be able to do all that running around.

Yesung, Ryeowook, and Super Junior D&E then went on to perform their solo and unit songs, “It Has To Be You,” “Drunk in the morning,” and “Bout You“!

The other members of Super Junior returned to close the concert with a performance of their debut song “Miracle,” and they talked about how being able to share so many precious memories with Singapore E.L.Fs was definitely like a miracle to them. 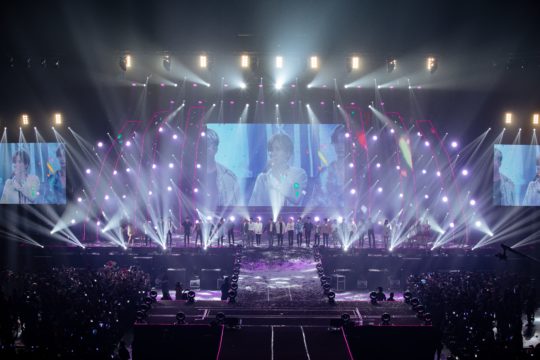 After the two incredible days of festivities, we can’t wait to see what HallyuPopFest has in store for us next year!

Check out the highlights from Day 1 and last year’s HallyuPopFest here!

Special thanks to HallyuPopFest for the invite!

Super Junior’s wardrobe clashes: Lee Teuk was spotted in the same top as Wonho from MONSTA X and Shindong also found out he was wearing the same top as J. Seph from KARD. Check out the moment of discovery and their adorable interaction on stage!

BM from KARD is all of us when he met up with Wonho from MONSTA X to give us this epic Instagram story from backstage.

Wonho have countless of male idol fanboys but KARD BM won it all #TEAMBIGMANTIDDIE pic.twitter.com/sasERBKBrn