Akdong Musician’s Lee Chan Hyuk described his interaction with SHINee’s Minho in the Marine Corps on JTBC’s “Ask Us Anything.”

Fans had fun imagining what it would be like if the two singers met in the military, and netizens had fun coming up with imaginary scenarios of their interaction.

When Super Junior’s Kim Heechul asked if the two singers ran into each other, Lee Chan Hyuk replied, “It’s called a [baton] touch when someone enters as you’re leaving. That’s what it was. I didn’t think that we would actually meet, but I was told that he was in the very next battalion in the next building. I then thought that we might run into each other, and we did. We met at church.”

He continued, “I saw the post on Facebook and memes of what might happen if we ran into each other. For example, it said, ‘Hello senior! What class are you in?’ [SHINee is Akdong Musician’s senior in the music industry, but Lee Chan Hyuk would have a higher rank than Minho in the Marine Corps.] I read it thinking that it was funny, but we actually ran into each other. I thought a lot about what to do. At the time, I was the highest ranking member as a leader. When I walk, it’s like the Red Sea is parting.”

“I thought that Minho would also be cautious, so I didn’t talk to him until we were alone later,” said Lee Chan Hyuk. “I asked, ‘How are you?’ and Minho said, ‘I’m doing well. Did you eat?’ and we both spoke formally. It felt a bit strange and I felt sorry.”

Kim Heechul then suggested that Minho could watch “Ask Us Anything” in the Marine Corps and asked him to send him a video message. Turning to the camera, Lee Chan Hyuk said, “Marine Corps Minho. Are you doing well? You’re probably washing mops right now. Okay. Work your butt off.”

The cast burst into laughter, and Lee Chan Hyuk hid his face in embarrassment. He added, “It’s a greeting in the Marine Corps [which means ‘work hard’].” 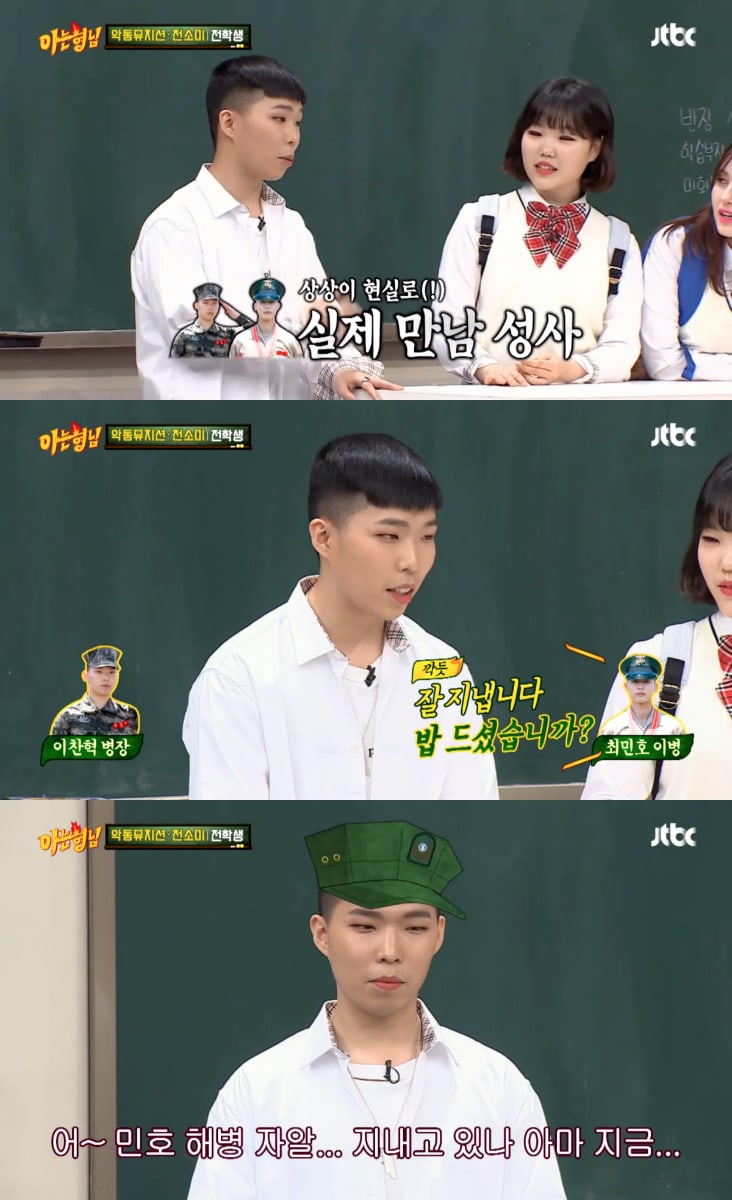 SHINee
AKMU
Ask Us Anything
Minho
Lee Chan Hyuk
How does this article make you feel?