The story of coffee trucks continued for the cast of SBS’s variety show “Running Man,” with Yoo Jae Suk the center of attention this time around.

While talking about what they’ve been up to these days, it was revealed that Lee Kwang Soo had sent Park Bo Young and Lee Si Eon a coffee truck to the set of their drama, tvN’s “Abyss.” He immediately knew what was coming his way as he remembered how Song Ji Hyo had grilled him about never sending her a coffee truck. Before Song Ji Hyo could get a word in, Lee Kwang Soo started apologizing to her, making her laugh instead. 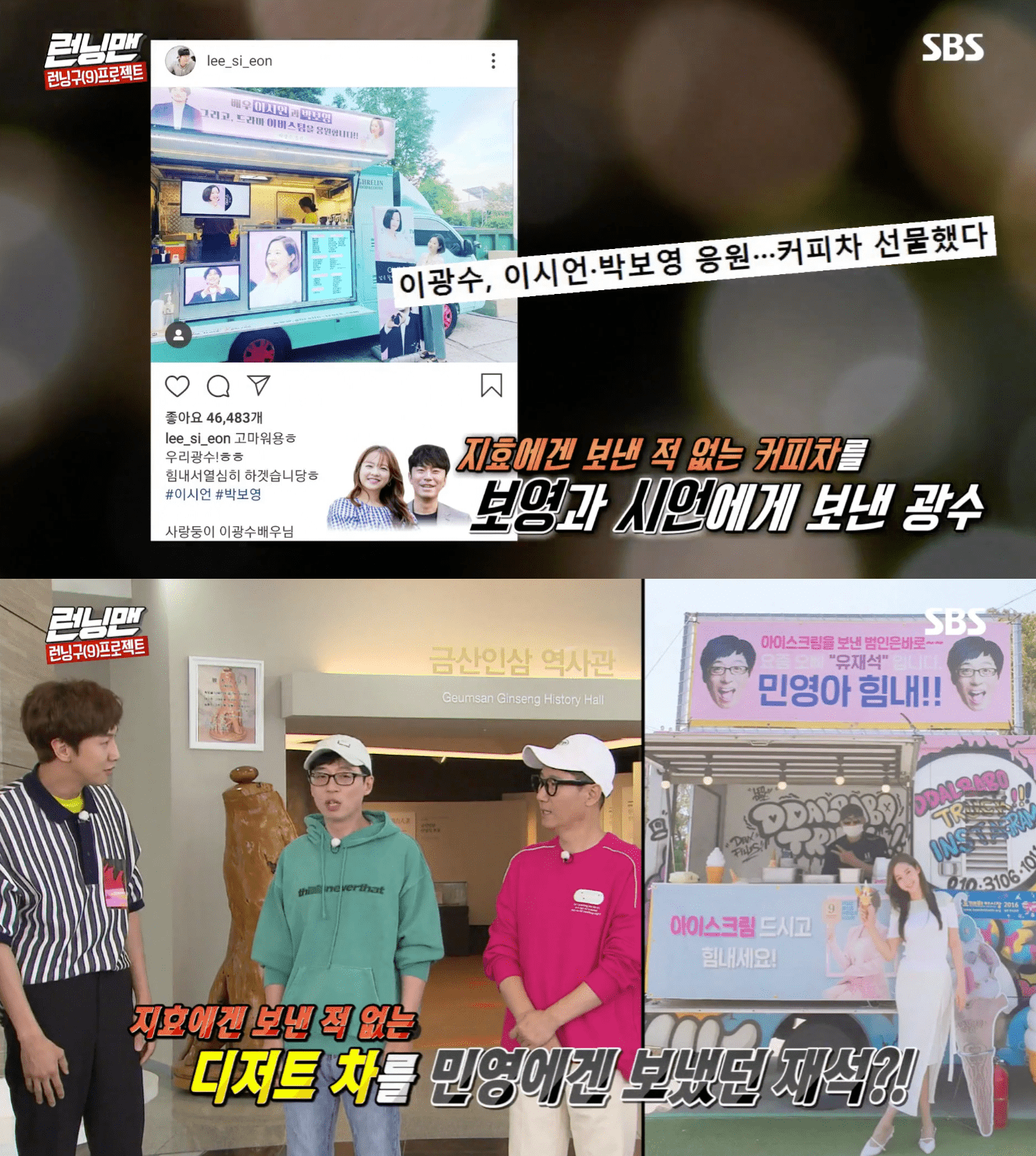 The other members started needling him but when Yoo Jae Suk began to tease him, Lee Kwang Soo refused to go down alone and said, “Didn’t you send Park Min Young one too?” Yoo Jae Suk, realizing that he was in trouble, started trying to explain his way out of it as he said, “Park Min Young sent me ginger tea, jujube tea, homemade kimchi…” However, Ji Suk Jin interjected with, “But Song Ji Hyo sent you semi-dried herring,” and Yoo Jae Suk had nothing to say.

Finding himself in the same spot Lee Kwang Soo had been in just moments before, he bowed and apologized to her, making everyone laugh. Song Ji Hyo, who had been silent till then, jokingly said, “Now that I think about it, I’m a little sad,” both Lee Kwang Soo and Yoo Jae Suk both began promising her that they’d prepare something for her next drama, and the cast wrapped up the situation on a warm note as they said, “When you’re so close, you feel more shy about doing things like that.” 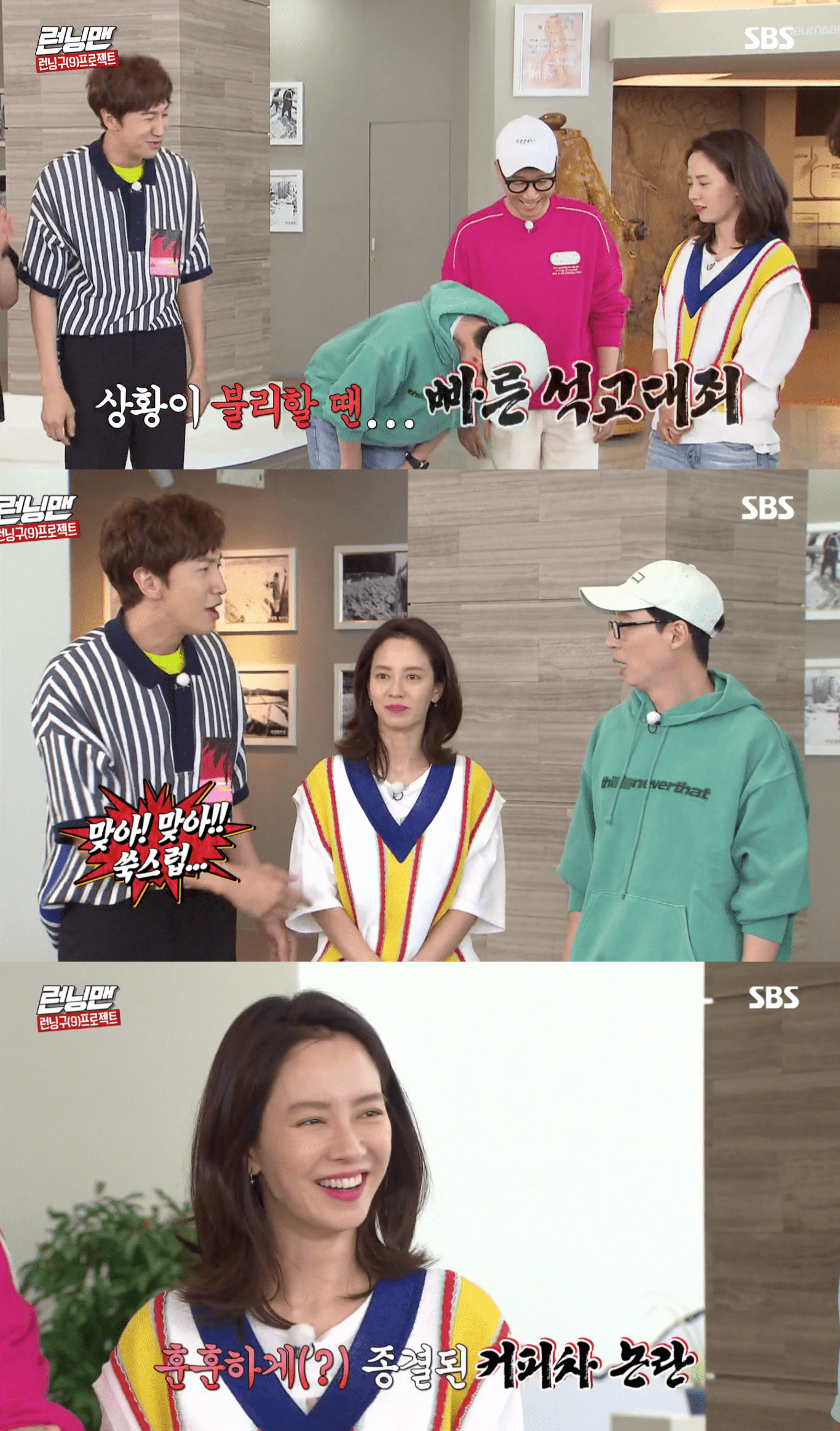