Watch: Kwanghee Hilariously Tries To Sing To Na Eun And Gun Hoo Through Soundproof Glass On “The Return Of Superman”

Kwanghee made a memorable entrance on this week’s episode of “The Return of Superman”!

During the June 16 broadcast of the KBS reality show, Kwanghee visited Na Eun and Gun Hoo for the third time. The ZE:A member previously babysat the kids for the first time in January, before spending another day with them in March. This time, he joined the family while they were in Switzerland.

Kwanghee appeared outside their window dressed as Heidi, the iconic main character of the classic children’s book about a young girl growing up in the Swiss Alps. He began singing and dancing to the theme from the anime adaptation of the book as Na Eun and Gun Hoo watched from the other side of the window.

However, to Kwanghee’s surprise, neither of the children reacted in any way as they watched him. 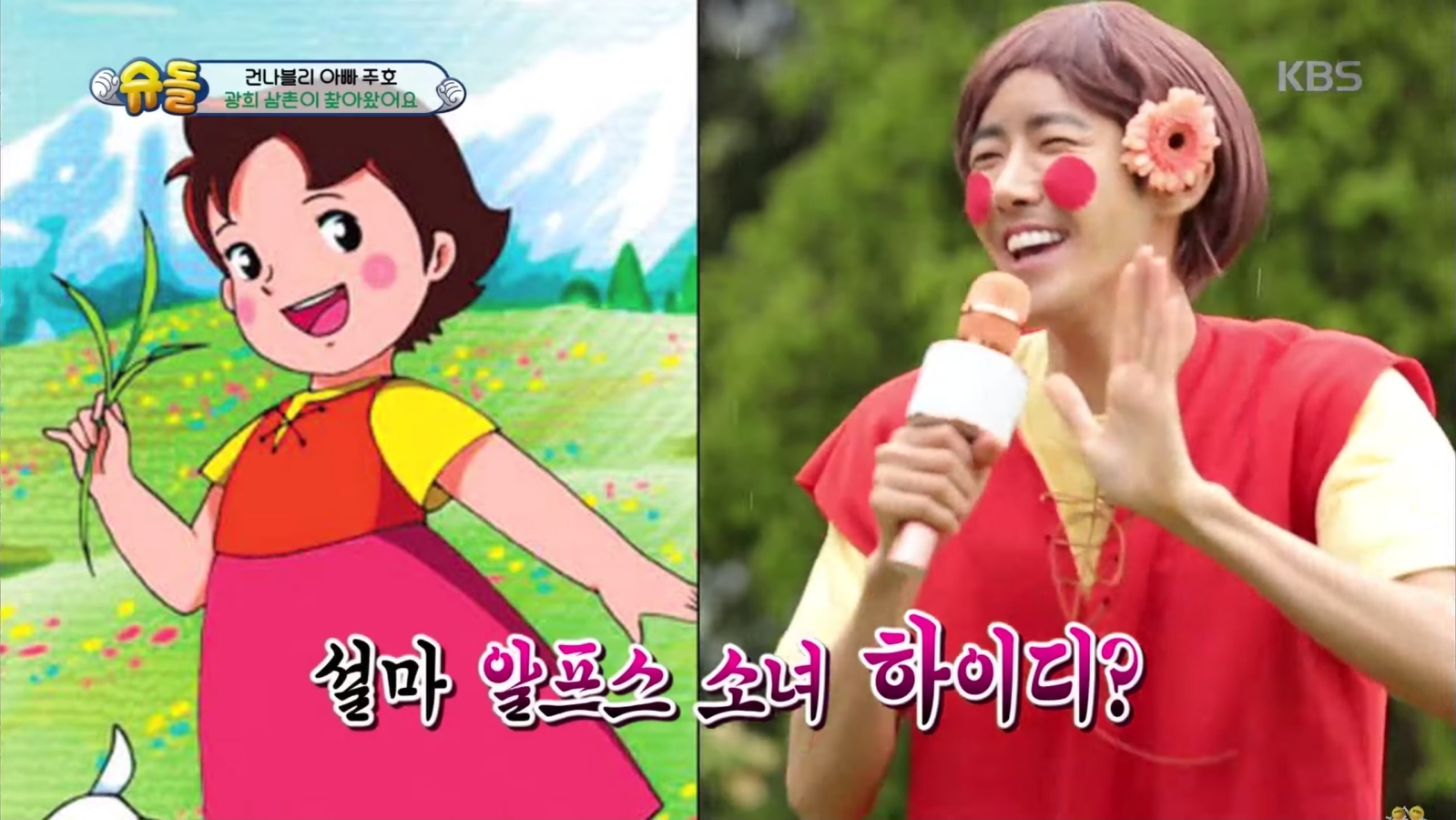 As it turned out, the children couldn’t hear him because the window was made of soundproof glass!

Watch the hilarious clip of Kwanghee’s performance below:

Na Eun and Gun Hoo also spent time with their mother’s friend Kaya, who shared, “I spend lots of time with them. I even know their Korean names. Spending time with the kids is always fun. They are so cute.”

The children later traveled to Vitznau, where Na Eun was able to impress with her perfect German, and Gun Hoo was able to show off his adorable ability to babble in various languages.

The Return of Superman
Kwanghee
ZE:A
Na Eun
Gun Hoo
How does this article make you feel?