“Hotel del Luna” is a fantasy horror romance that tells the story of elite hotelier Goo Chan Sung (played by Yeo Jin Goo), who ends up running the hotel for ghosts due to fateful events, and hotel owner Jang Man Wol (played by IU), who is as beautiful and aloof as the moon but ill-tempered as well.

The drama recently released character teasers for the two main characters. Jang Man Wol is materialistic and greedy, to the point that she drove her hotel to the brink of bankruptcy, and she is ill-tempered with mood swings, able to instill fear in Goo Chan Sung without even changing her facial expression. Though she may be as beautiful and aloof as the moon, her personality is one that catches people off guard.

Meanwhile, Goo Chan Sung, who has a shining resumé and seems to be at ease with his work, is actually completely terrified of ghosts. He is easily frightened, looking scared when Man Wol says to him, “Want me to make you disappear like that?” These two characters with their unexpected personalities are already piquing the interest of people. 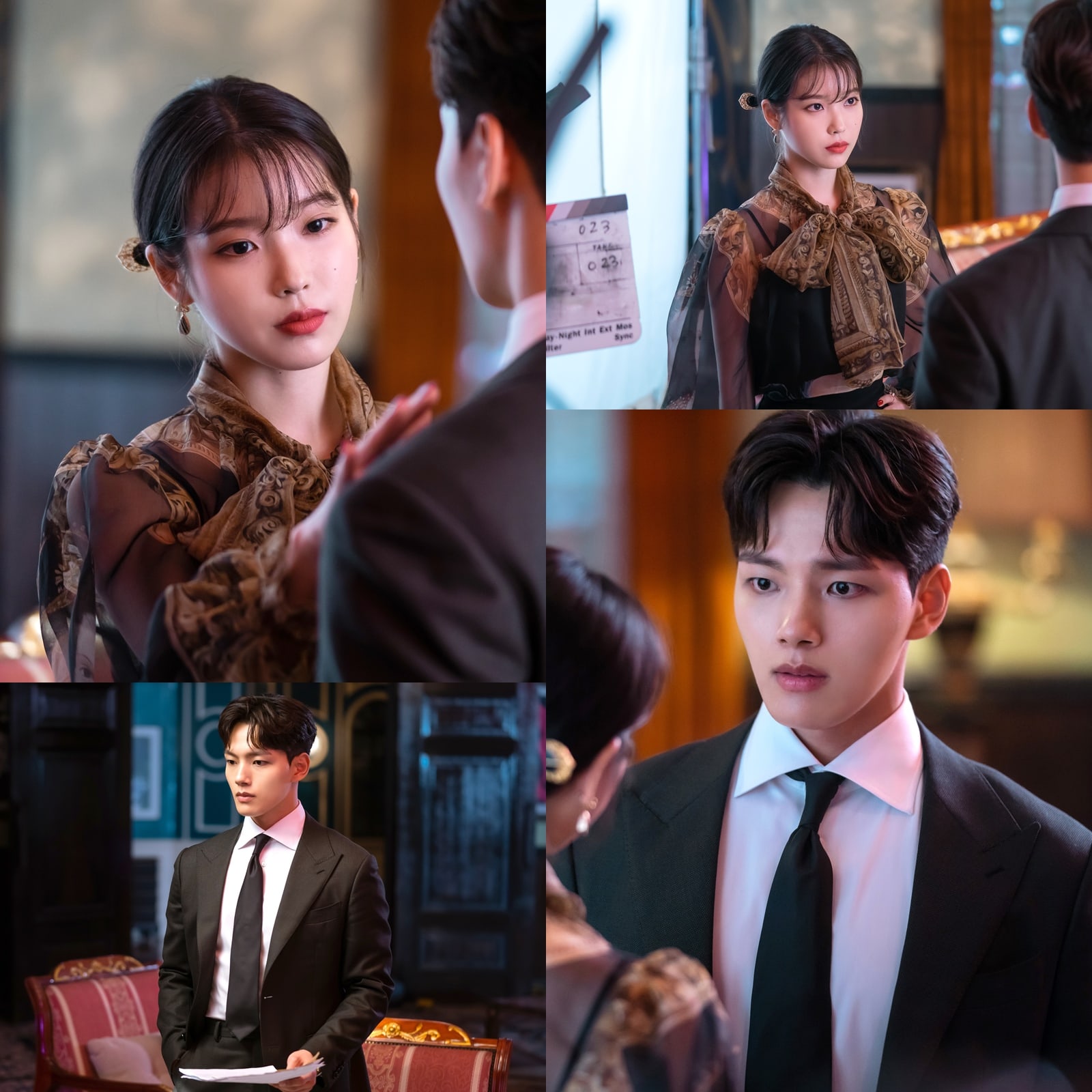 The new stills that were released on June 17 hint at big changes to come for both IU and Yeo Jin Goo as actors. IU will utilize extravagant and elegant styling to show a more mature side of her, while the curt lines she spits out at Yeo Jin Goo will show a new side of her. Yeo Jin Goo also has on a clean-cut suit as a mysterious look in his eyes as he gazes at IU, and he’s also expected to show how much he has grown as an actor through this upcoming drama.