The film is about a champion fighter named Yong Hu (played by Park Seo Joon) who meets an exorcist named Ahn Sin Bu (played by Ahn Sung Ki) and takes a stand against a powerful evil.

Yong Hu is a fighter who is left with a cynical view of the world after losing his father at a young age. One day, when he discovers a strange mark on his hand, he meets the priest and exorcist Ahn Sin Bu and finds out about the evil that plagues the world.

Park Seo Joon said, “The character has an appeal that’s different from any kind of role I’ve played thus far.”

Director Kim Joo Hwan, with whom Park Seo Joon worked previously in the film “Midnight Runners,” said, “We had a lot of discussions from the early planning stages for the film. The project was completely different from ‘Midnight Runners.’

“The Divine Fury” is slated to premiere in July. Check out posters for the film here, and the latest trailer here. 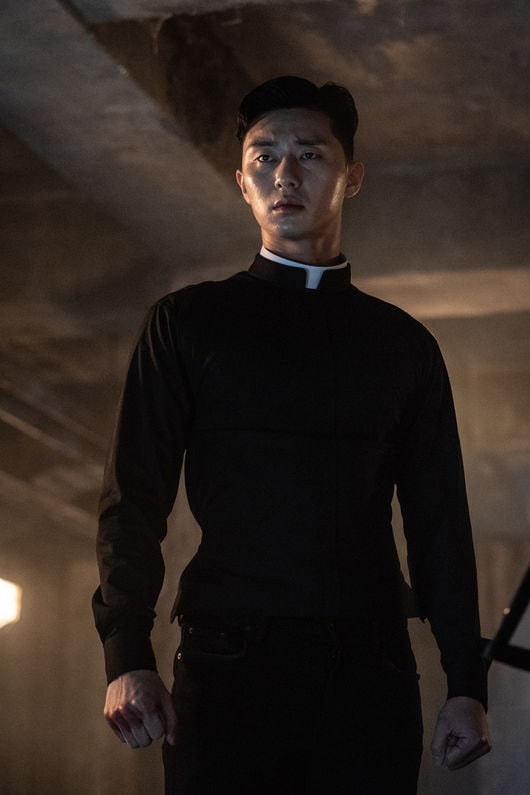