On June 18, Good Data Corporation released the rankings of the non-drama television programs and cast members that generated the most buzz from June 10 through June 16. The results were gathered based on online articles, blog posts, community forums, social media, and views on video clips for 181 non-drama television programs that are currently on air or are scheduled to air.

“Produce X 101” topped the list of most buzzworthy non-drama TV shows for the seventh week in a row, claiming 27.85 percent of the total buzz from non-drama programs.

Once again, the contestants on “Produce X 101” dominated the ranking of most buzzworthy cast members, with nine of them being trainees from the program. Kim Woo Seok took the No. 1 spot for the second consecutive week, while Lee Jin Hyuk rose 22 steps to place third by showing his leadership in the recent “Produce X 101” broadcast.

The only other non-drama cast member on the list is Namgoong Min, who showed his luxurious house and down-to-earth daily life on “I Live Alone.” 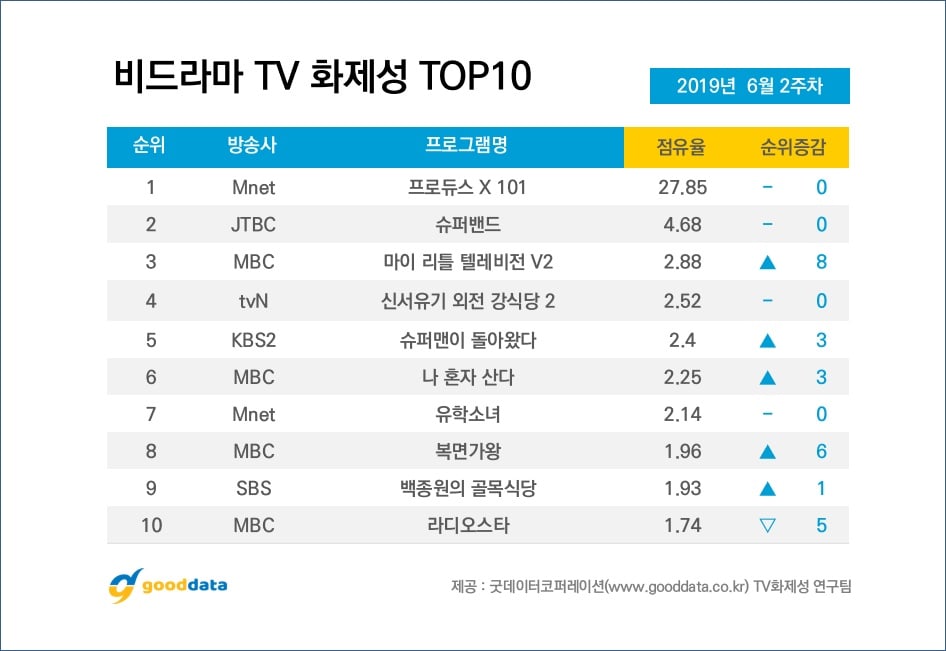 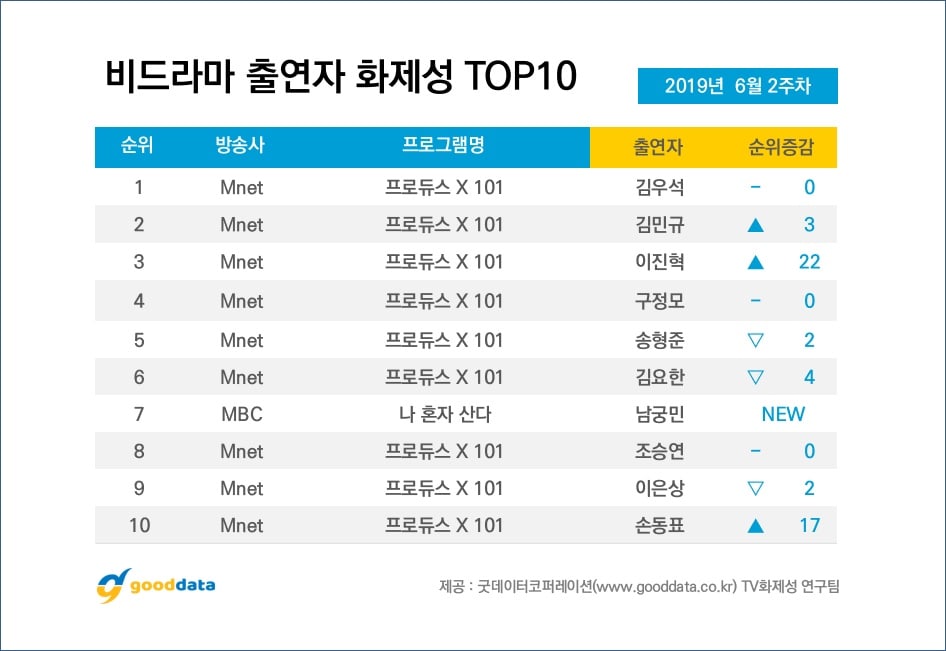 Check out the results for Round 2 of Soompi’s international prediction polls for “Produce X 101” here!