Oh My Girl’s Jiho recently made a surprise cameo in the sixth episode of tvN’s “Search: WWW”!

In the scene, Jiho appears as Cha Hyun’s high school upperclassmen and fellow judo club member. When she sees Cha Hyun staring at Song Ga Kyung from across the room in awe, Jiho scolds her and comments, “Cha Hyun! Pay attention!” When Cha Hyun asks if she knows who the girl is, Ji Ho responds with her name and adds, “She’s not just pretty. She’s ranked No. 1 at school, president of the broadcasting club, and the only daughter of a chaebol household.” 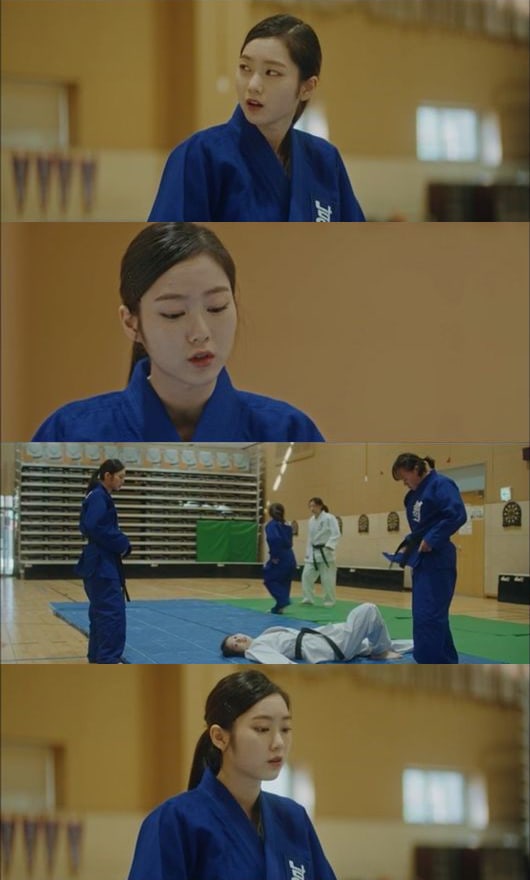 After the episode aired, Jiho held a Naver V Live broadcast and talked about her appearance on the show with fans. She revealed that she had auditioned for the show and was unable to tell fans beforehand since she didn’t know which episode she would appear in.

Oh My Girl recently released their album “The Fifth Season” On May 8 and was able to take several music show wins.

Thanks to Eris for the tip!

Oh My Girl
Search: WWW
Jiho
How does this article make you feel?