BTS has hit No. 1 on Gaon’s weekly album chart with the soundtrack for their new mobile game BTS WORLD!

On July 4, Gaon Chart announced that BTS had managed to top two separate charts for the week of June 23 to 29. Not only did the BTS WORLD OST claim No. 1 on the album chart, but the group also topped the social chart for the ninth consecutive week with their smash hit “Boy With Luv” (featuring Halsey).

Check out the top five for each of Gaon’s latest weekly charts below:

BTS’s new BTS WORLD OST debuted at No. 1 on this week’s physical album chart, followed by Red Velvet’s “The ReVe Festival: Day 1” at No. 2 and TVXQ’s Yunho’s “True Colors” at No. 3. Super Junior’s Yesung‘s “Pink Magic” held onto its spot at No. 4, while BTS’s “Map of the Soul: Persona” stayed strong at No. 5. 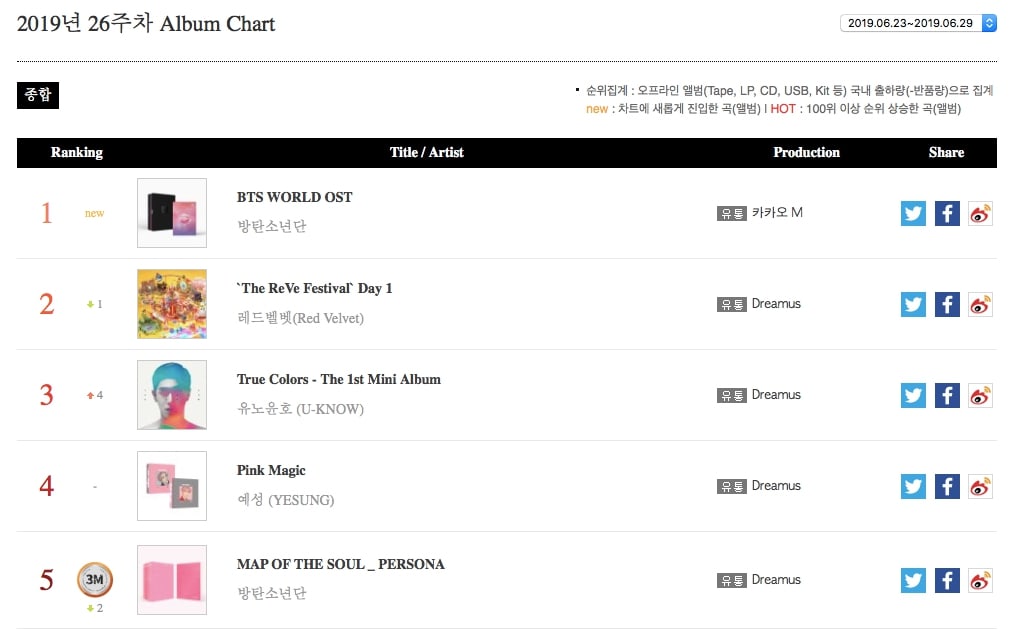 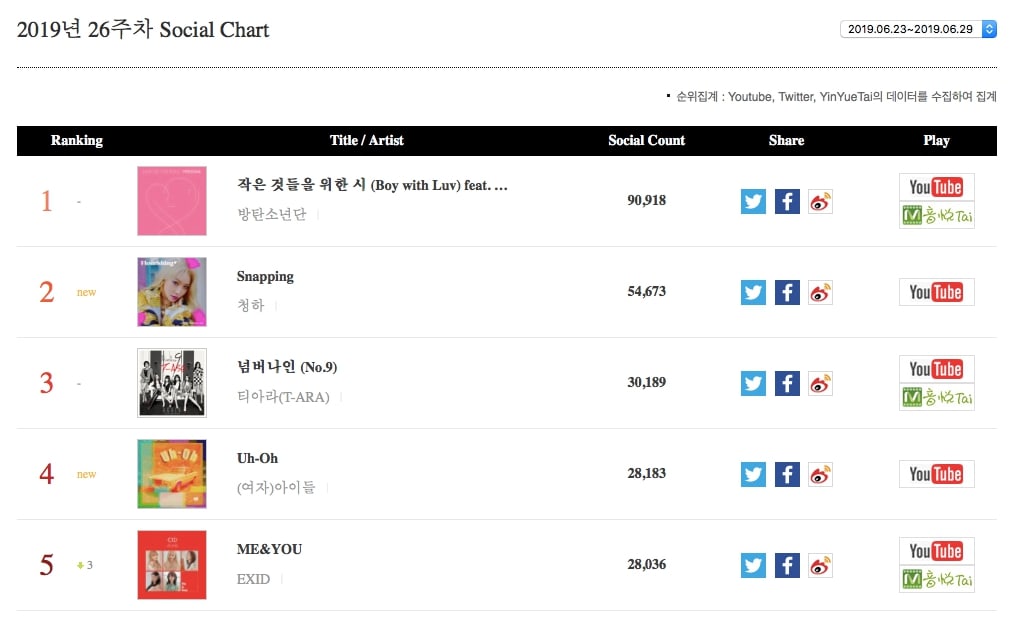 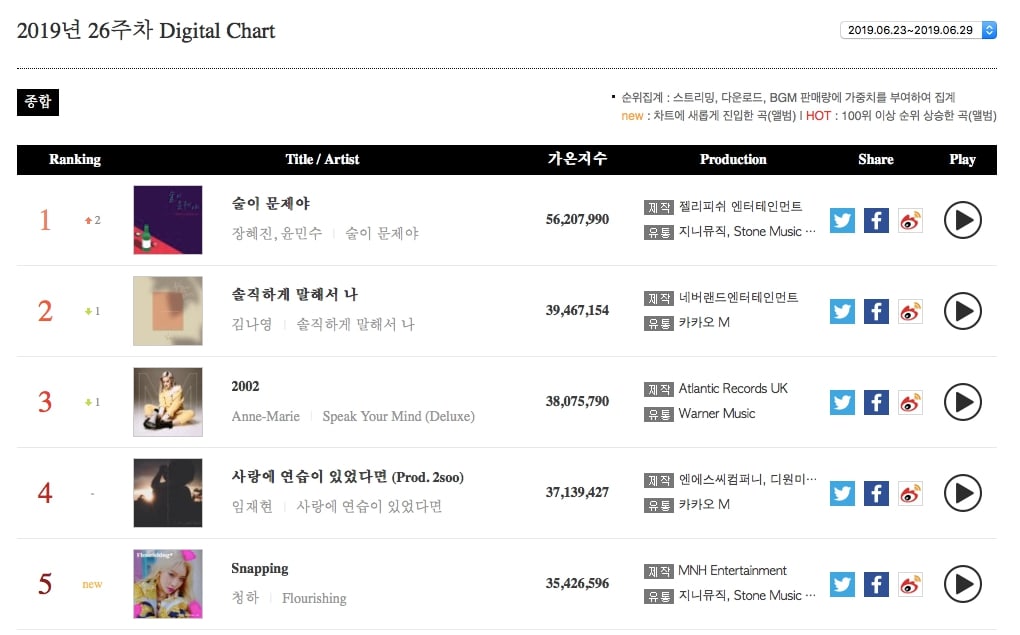 Chungha’s “Snapping” debuted at the top of the digital download chart this week, with Jang Hye Jin and Yoon Min Soo’s “Drunk on Love” staying strong at No. 2. SECHSKIES’s Eun Ji Won’s new solo song “I’m On Fire” debuted at No. 3, while Naomi Scott’s “Speechless” and Red Velvet’s “Zimzalabim” rounded out the top five at No. 4 and No. 5 respectively. 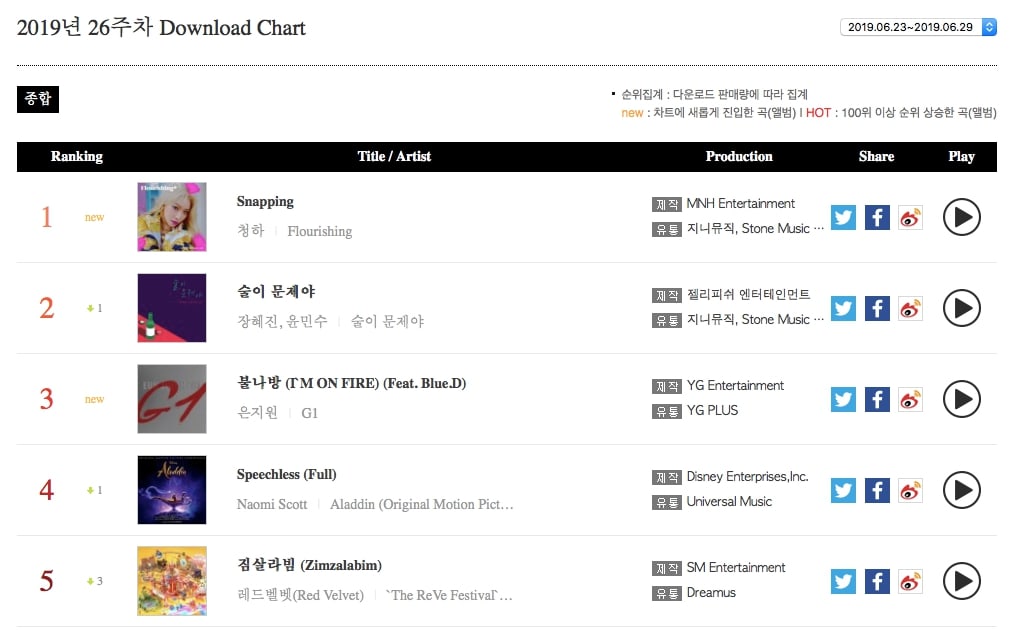 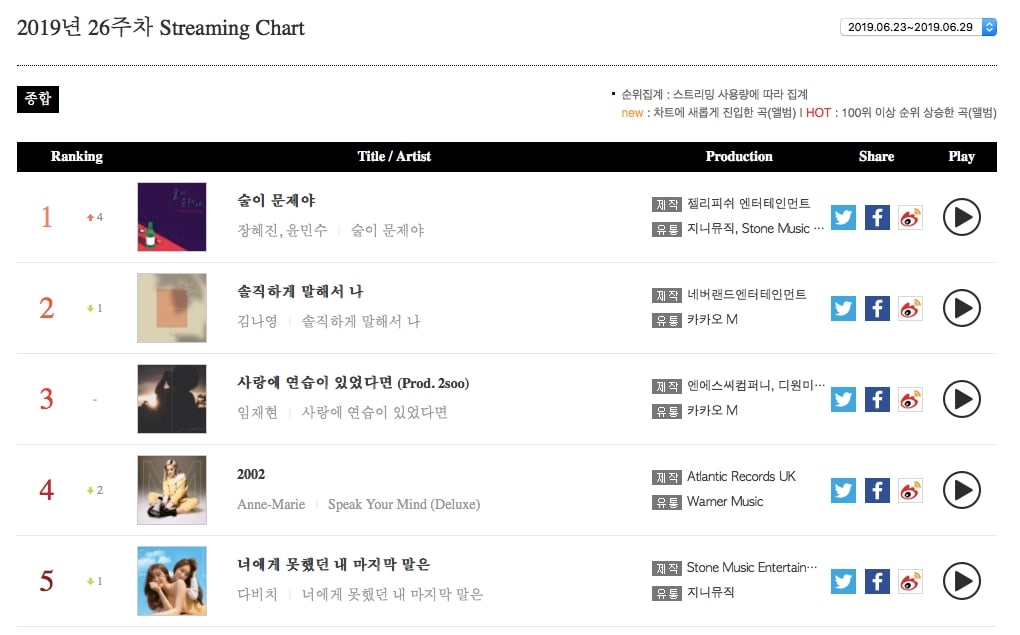