On the July 19 episode of JTBC’s “Night of Hate Comments,” Oh My Girl’s Seunghee and Koyote’s Shinji appeared as guests.

Oh My Girl’s Seunghee responded to malicious comments in a calm and cheerful manner. To one of them, a slang word for “ugly,” she said, “I learned the meaning of that word for the first time after I debuted. My friends told me it means something that’s too ugly to even look at. I was really shocked.”

She continued, “I was okay with it myself, but my mom and dad saw those comments and said to me, ‘We’re sorry that we couldn’t give you better genes.’ I got really mad when I heard that. I told them, ‘I have much more good things than bad, so don’t worry about it.'” 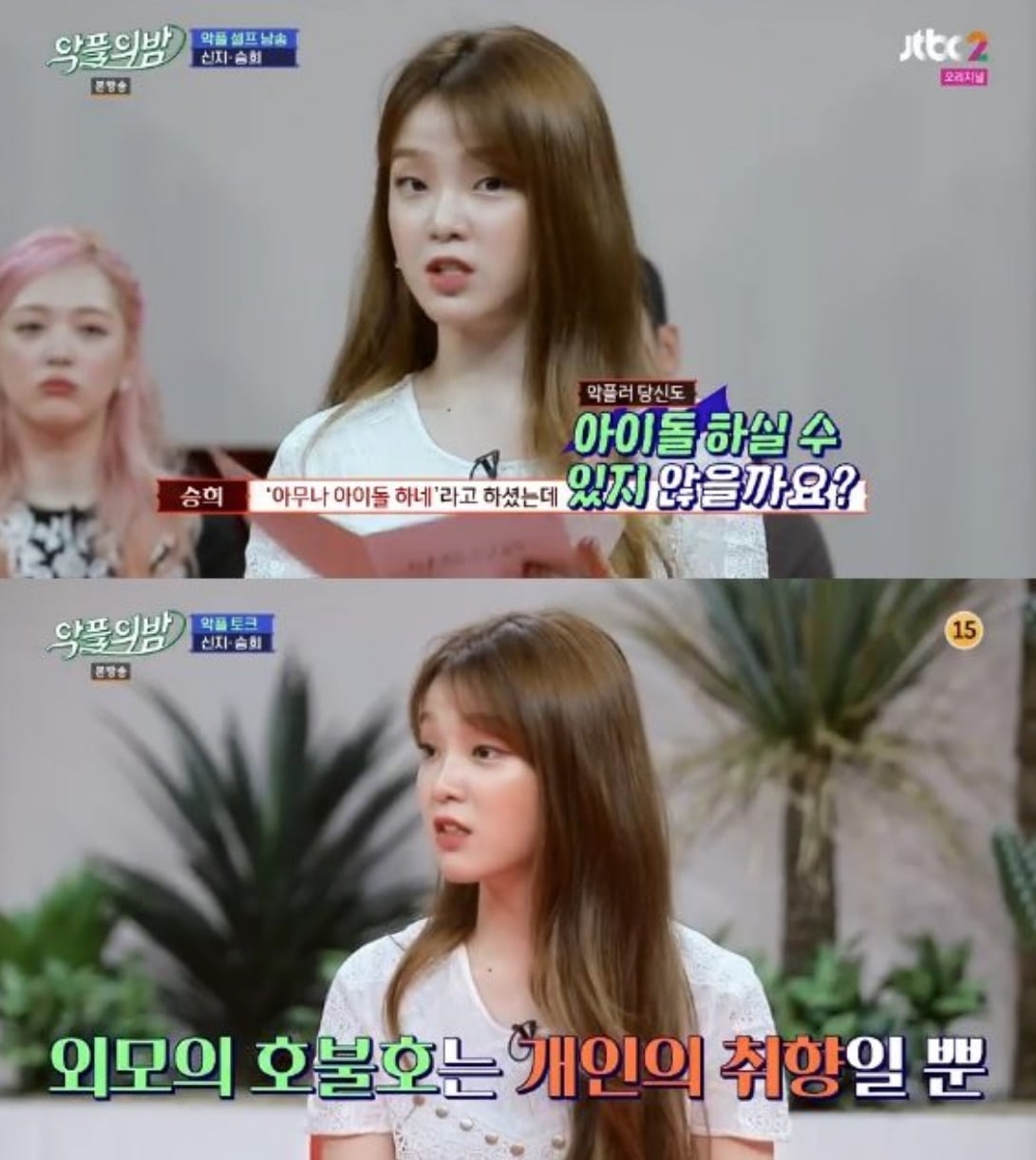 Seunghee also responded cheerfully to a comment that said, “Yeah… like an elementary schooler.” she said, “I’m not very glamorous, so if you look at me from the side, I’m a bit flat.” (In Korean, the word “glamor” usually refers to a woman’s figure rather than the typical English meaning for “glamor.”) She added, “If you look at my face, I do look a bit like an elementary schooler.”

However, Seunghee did not acknowledge a malicious comment that said, “Don’t keep selling BTS and think up new topics to talk about.” Seunghee has talked in the past about her friendship with BTS’s V and Jimin, who were her classmates in high school.

In response to this comment on “Night of Hate Comments,” Seunghee said, “We practiced together in high school, and I have cheered them on since before their debut. But now they’re my seniors in the industry, and famous worldwide, so there are many difficulties [in talking about them].”

She also mentioned her friendship with TWICE’s Jihyo and said, “In the past, I used to be jealous of [my friends] for being able to debut first. But I think that there is a time and season for everyone.” 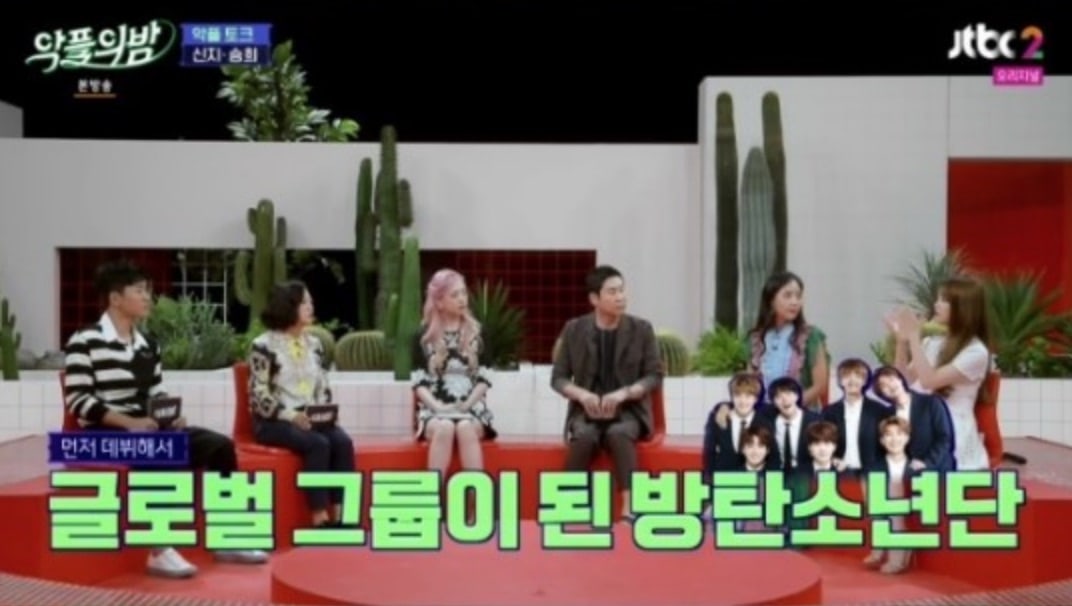 “Night of Hate Comments” is a show in which stars openly and frankly discuss the malicious comments and rumors that surround them online. It airs every Friday at 8 p.m. KST.

Oh My Girl
Seunghee (Oh My Girl)
Night of Hate Comments
How does this article make you feel?