K-pop as an industry has long been pushing the boundaries of fashion. From stages and music videos to photo shoots and even street wear, K-pop is constantly shattering gender norms by refusing to adhere to traditional expectations of beauty and fashion. These male stars are all trendsetters in their own right. They’re redefining masculinity in Korea and all over the globe with their fashion choices that might be considered androgynous or perhaps more traditionally feminine. Here are just a few of the male idols out here proving that anyone can wear what they want to.

G-Dragon has never been one to ascribe to the typical fashion trends, and his Instagram is chock full of boundary-breaking looks. He seems to be a big fan of nail polish in particular, and several of his posts feature painted nails in a variety of colors. He’s even shared a photo of what appears to be his extensive stash of nail polishes — it’s an envy-worthy collection of colors, that’s for sure!

The members of EXO are no strangers to nail polish either. Xiumin is one member in particular who has been known to sport some bold nail colors on a semi-regular basis, but this example from their “Wolf” MV is particularly memorable for the messy, ultra-cool “I-don’t-care-what-you-think” vibe. EXO’s youngest member Sehun also featured as the first cover model for SuperELLE magazine back in 2017, and his edgy nail art was a key point of the look. It’s also the perfect style for someone who’s looking for a low-key way to try out nail polish! 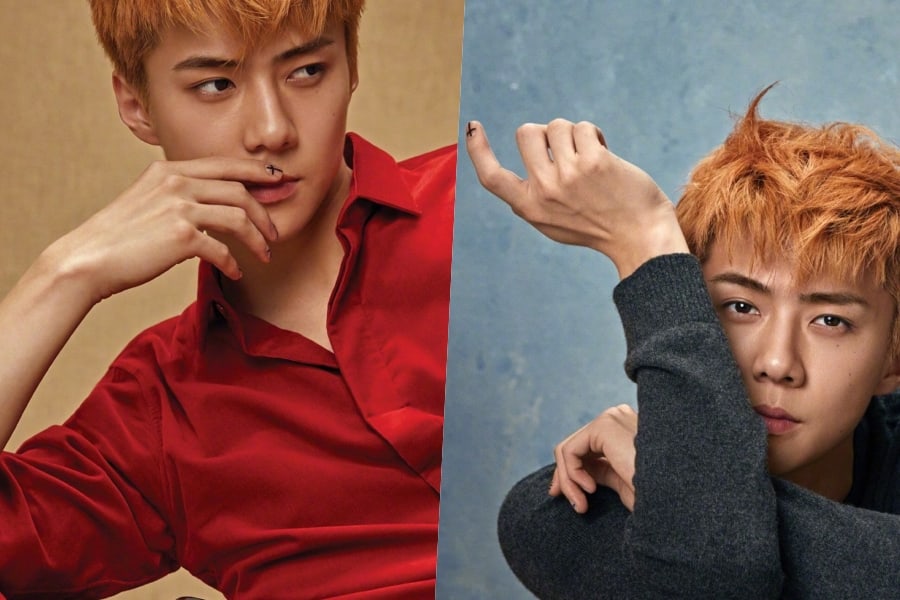 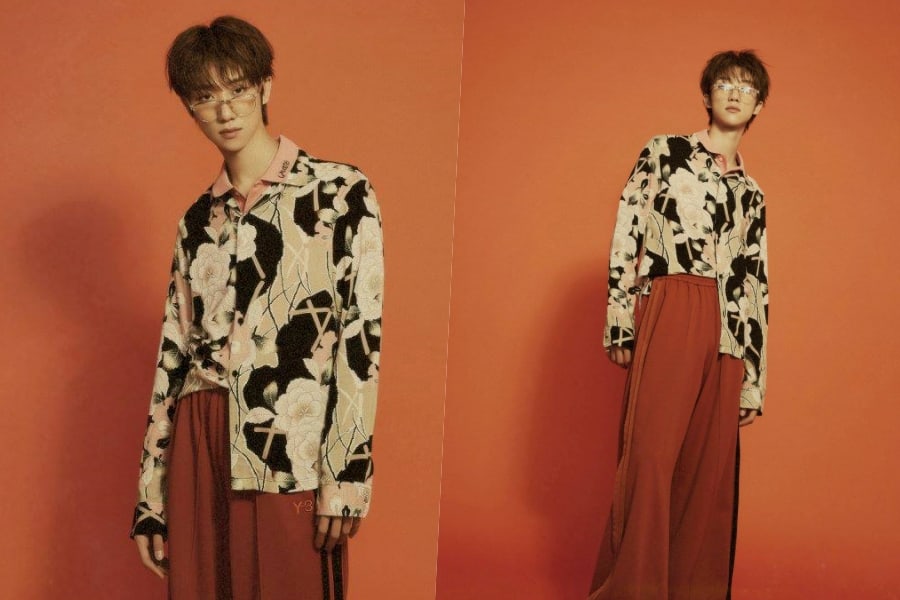 The8 is a member of the Performance Unit and SEVENTEEN’s resident b-boying master, but he’s also a total fashion icon. He’s featured in tons of fashion magazines, and his Instagram is all the OOTD inspo you’ll ever need. His looks are always unique, and he often pushes gender norms with his androgynous photo shoot ‘fits featuring delicate florals, soft pastels, and adventurous cuts. With long legs and runway-worthy features like his, it’s no wonder why The8 rocks literally everything he wears. 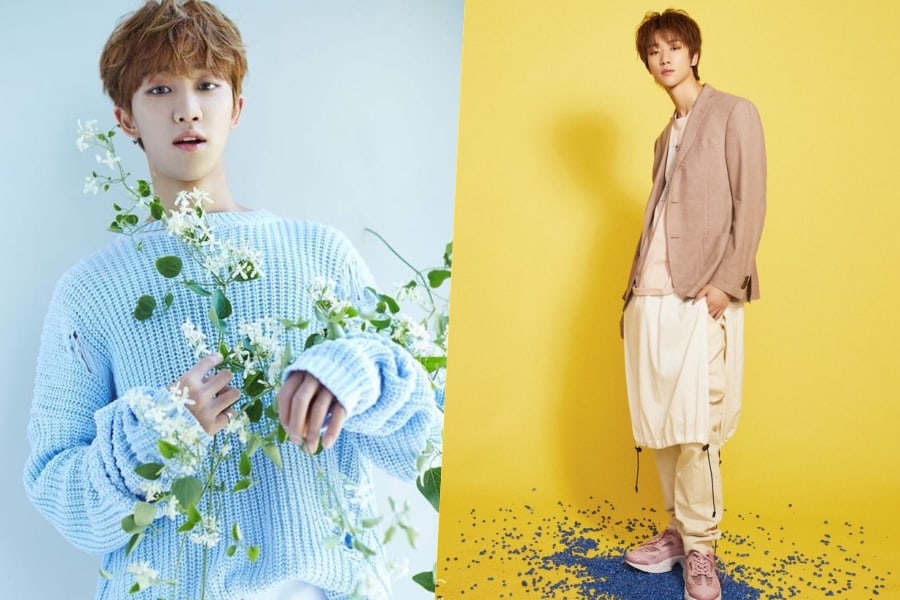 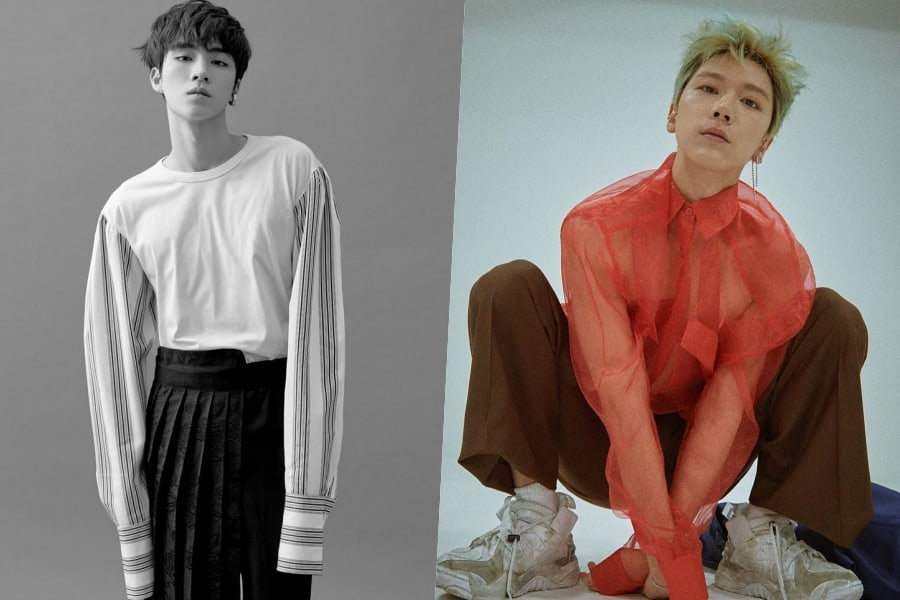 NCT stands out not only for its unique and innovative concept, but for the group’s bold fashion choices as well. They’re always on the cutting edge of the trends in South Korea and worldwide. While Xiaojun, Ten, and Yuta certainly aren’t the only members who’ve elected to ignore the traditional rules of fashion, these outfits are stunning examples of some of their gender-fluid looks. From Ten’s sheer red top to Xiaojun’s and Yuta’s pleated skirts, there is no limit to what they can pull off. 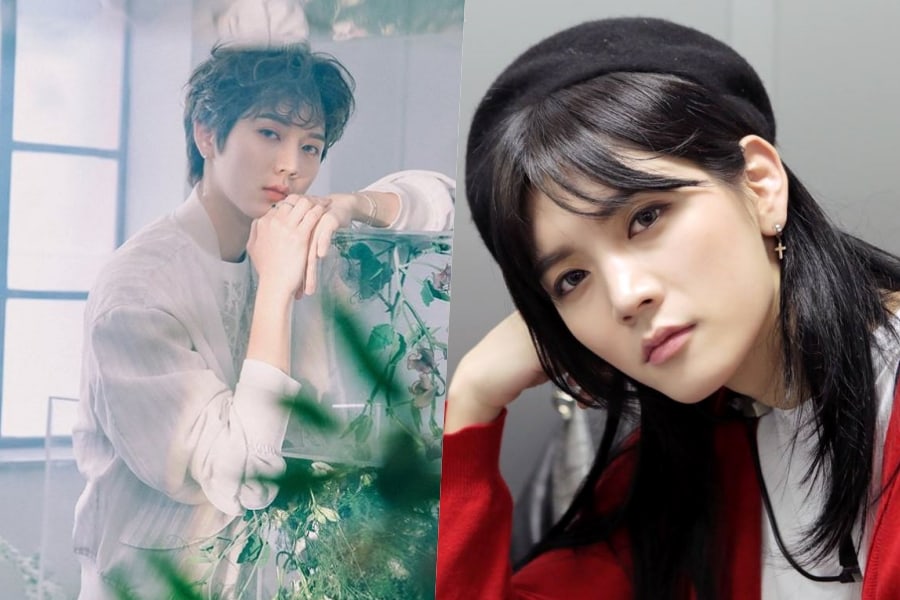 NU’EST’s youngest member Ren has been pushing the boundaries of masculinity with his style choices ever since his debut. He’s well-known for his gorgeous long hair from earlier eras, and he’s no stranger to other traditionally feminine styles like lace, florals, and painted nails. He even featured in advertisements for a women’s online clothing store back in 2016, modeling dresses, skirts, and blouses with stunning fluidity. 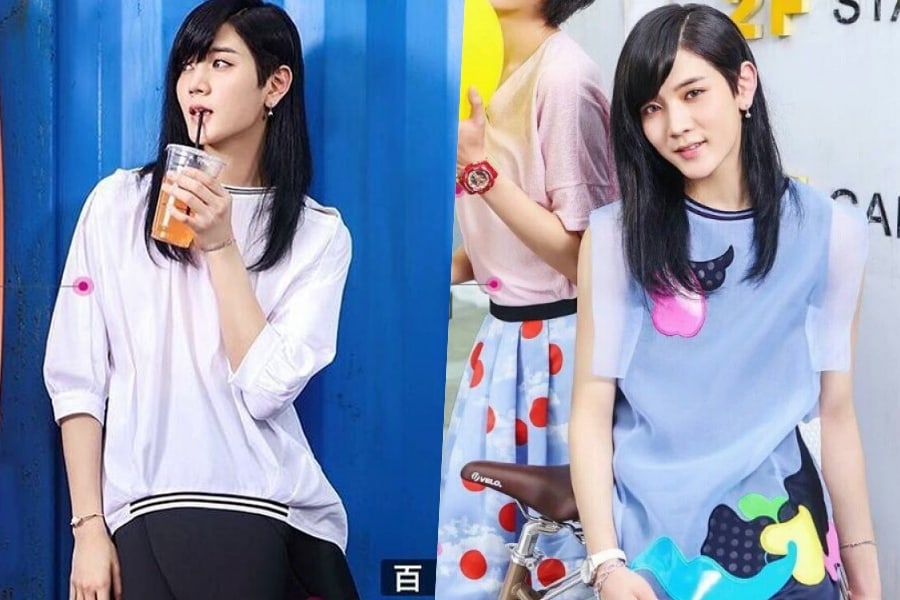 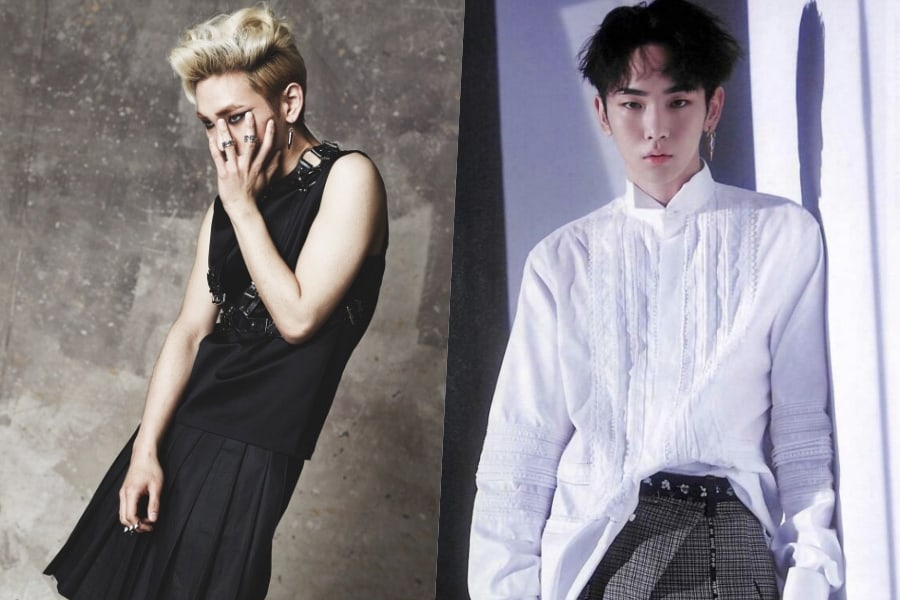 Key is another star who’s not afraid to push the boundaries of male fashion, and he’s proven his icon status in the dozens of magazine shoots and covers he’s done over the course of his career. He’s a fashion king capable of pulling off virtually any concept out there, including clothing that’s usually reserved for women (like edgy black skirts, or soft lacy button-ups). At this point, we’re convinced that Key could make a potato sack look like haute couture! 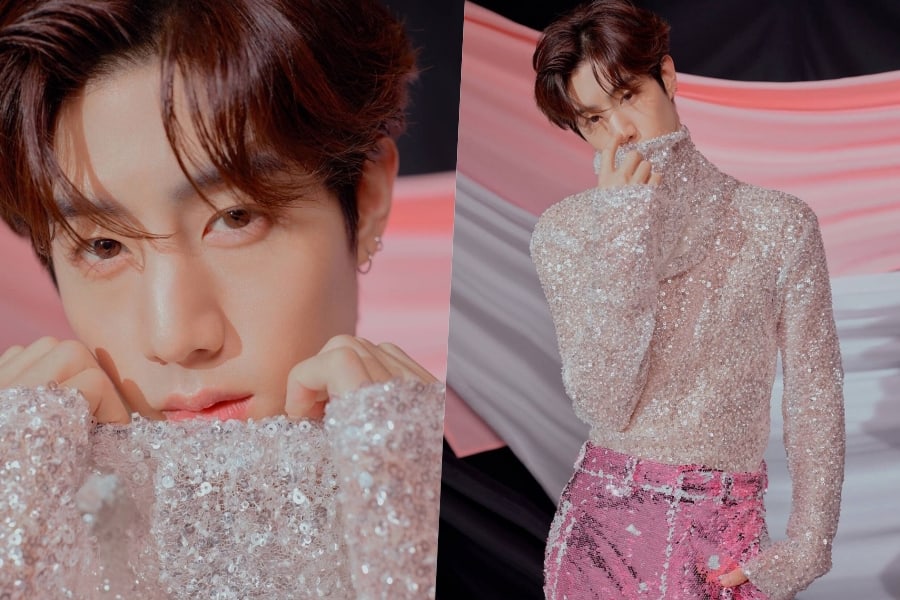 The members of GOT7 are all fashion icons, but this recent photo shoot from The Star magazine featuring the eldest member Mark is particularly notable for its stereotype-smashing outfits. The juxtaposition between Mark’s strong features and the eye-catching sequins or the luxurious string of pearls made for an incredibly interesting shoot, and he pulled off every look effortlessly. Where can I get a floral puffer coat like this one?! 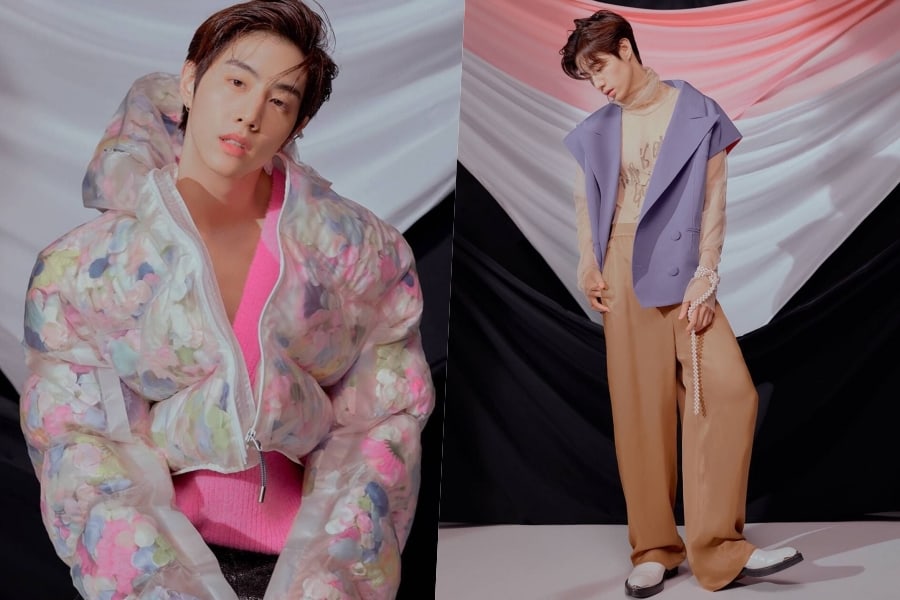 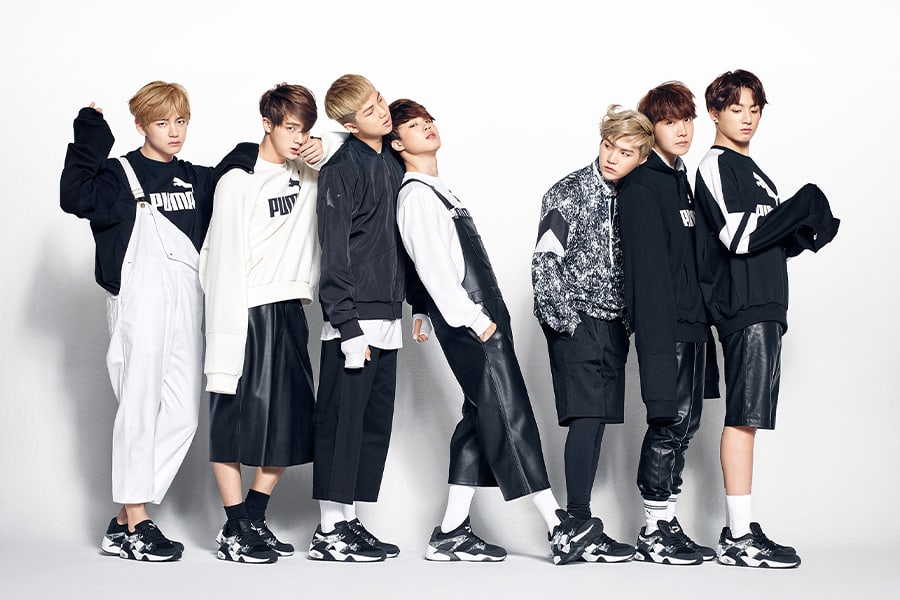 BTS has been experimenting with fashion ever since their debut, and over the years the members have developed their own styles that speak to their unique personalities. They’re well-known for their ability to rock any look, and they’ve featured in multiple photo shoots wearing everything from skirts to fishnets. BTS is constantly setting trends, and their gender-fluid looks have caught a lot of attention in the K-pop world and beyond. 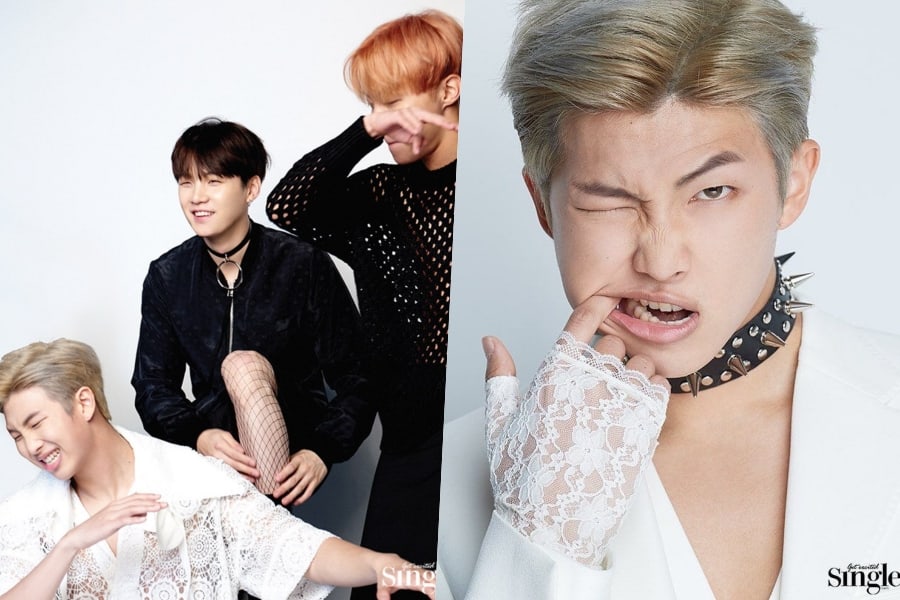 Hey Soompiers! Can you think of any times your favorite stars smashed gender norms with their style choices? Tell us in the comments!