Unlike the previous poster where the two are pictured separately, the new photo shows the couple locking arms, with Kim Go Eun’s head resting on Jung Hae In’s shoulder. 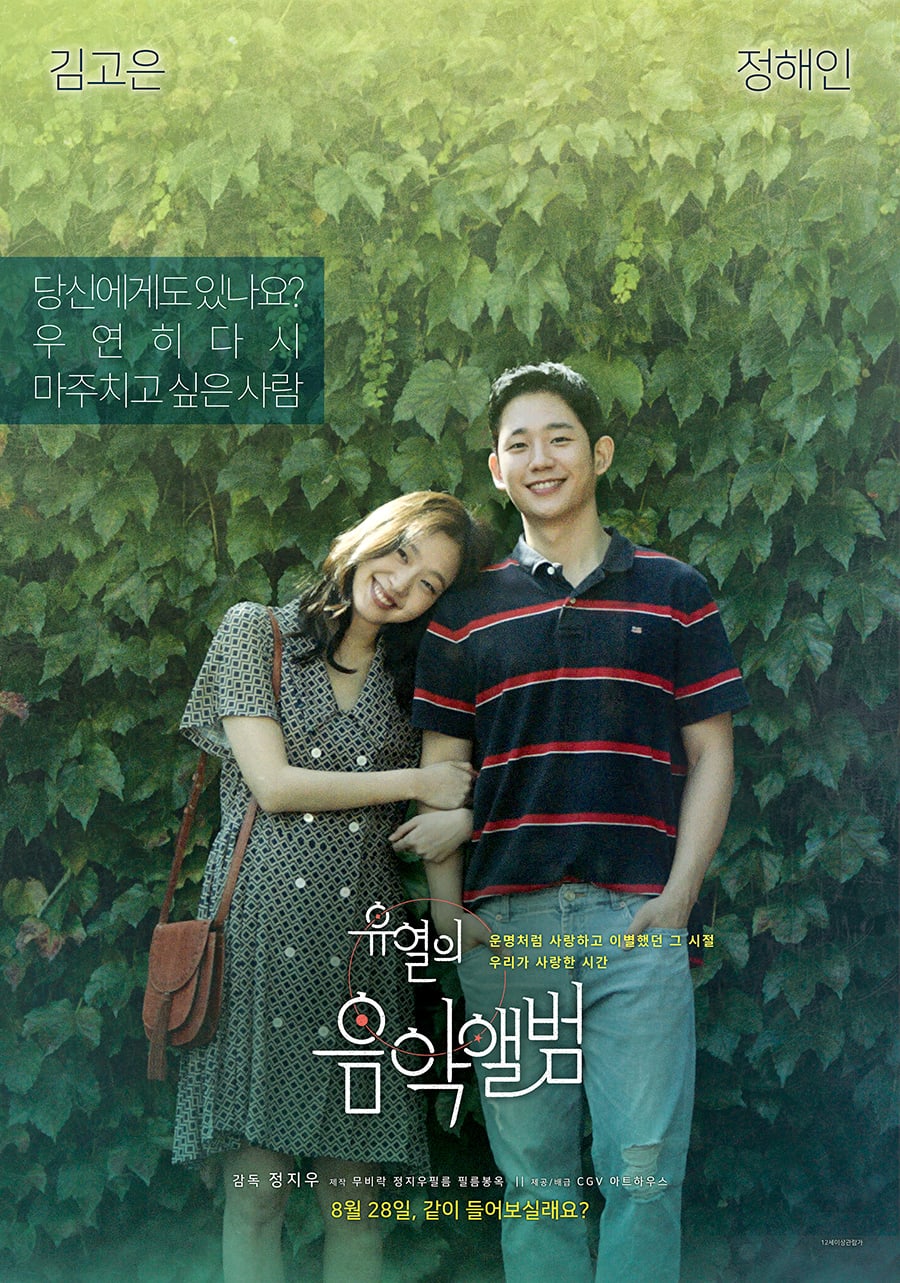 The large text on the left of the poster reads, “Do you have someone too? Someone who you would like to run into by chance?” The small text under the film title says, “When we loved and parted ways like fate. The time when we loved.”

This poster is accompanied by a moving poster, which shows the pair playfully standing together, and then lovingly falling into the pose of the photo.

A special teaser clip for the film’s “signal song” by singer Paul Kim was also released. Although less than a minute, the song, as well as Paul Kim’s voice, fits perfectly with the retro vibe of the movie.

The clip starts with Kim Go Eun’s voice-over saying, “I like you. I love you. Why were these words so hard back then?” Jung Hae In adds, “Why were we so hesitant?” As the pair meet again, she asks him, “How have you been?” Their relationship blossoms, and while they cuddle by the window, she says, “Miracles. They’re really nothing. Right?” As the video comes to an end, Jung Hae In is heard saying, “I like you. I love you.”

Regarding his special signal song, Paul Kim shared, “For some people, it is a distinct memory, and a symbol that represents a certain time period. It feels special that my voice can be added to that. As the film will feature songs that match the time period of the story, I am curious to see what kind of music will appear. I think that watching the movie will have the same kind of feel as listening to the radio.”

“Tune In for Love” is a romance film about Mi Soo (Kim Go Eun) and Hyun Woo (Jung Hae In), who coincidentally reconnect after knowing each other for many years. While their timing was never right, the film draws the story of how the pair eventually find their way to each other. “Tune In for Love” premieres on August 28.

Jung Hae In
Paul Kim
Kim Go Eun
Tune in for Love
How does this article make you feel?