This 12-episode romantic comedy is about six people from all around the world living in a luxury share house in Seoul, and the drama tells their stories of life, love, and friendship.

AB6IX’s Lee Dae Hwi, who is making his acting debut, shared, “I had so much fun reading the script, and I could picture the scenes.” Lee Dae Hwi will play Dong Jin Woo, the owner of the house who is a successful real estate entrepreneur thanks to his grandmother’s investment help. However, he lost his parents at a young age, and the pain from his youth makes it difficult for him to create deep connections and not hold people at a distance.

Kang Min Ah will play the lovely Kang Yoo Na, who is the lone staff member at Mon Chou Chou. She began studying tourism with hopes to travel, but she has yet to leave the country.

Kim Si Eun plays Moon So Ra, who attends a prestigious fashion school in England. Although she wants to marry her boyfriend Yoon Min, her parents’ disapproval makes her seek out a new home in Korea with her friend Kang Yoo Na.

Jang Min plays Tae Yoon Min. While he dates and breaks up with Moon So Ra in England, they fatefully meet again in Korea.

Christian will play Nicky. While trying to give dating advice to both Moon So Ra and Yoon Min, he falls for Moon So Ra.

Daniel Hicks will play Andy, a handsome British boy with love for Korea’s history and food. While at the house, he falls for Kang Yoo Na.

Despite it being his first attempt at acting, Lee Dae Hwi showed professionalism and strong acting skills during the reading, and experienced Kang Min Ah looked comfortable in leading her fellow actors. Kim Si Eun flaunted her fun personality, and the global cast members all showed impressive Korean and acting skills. 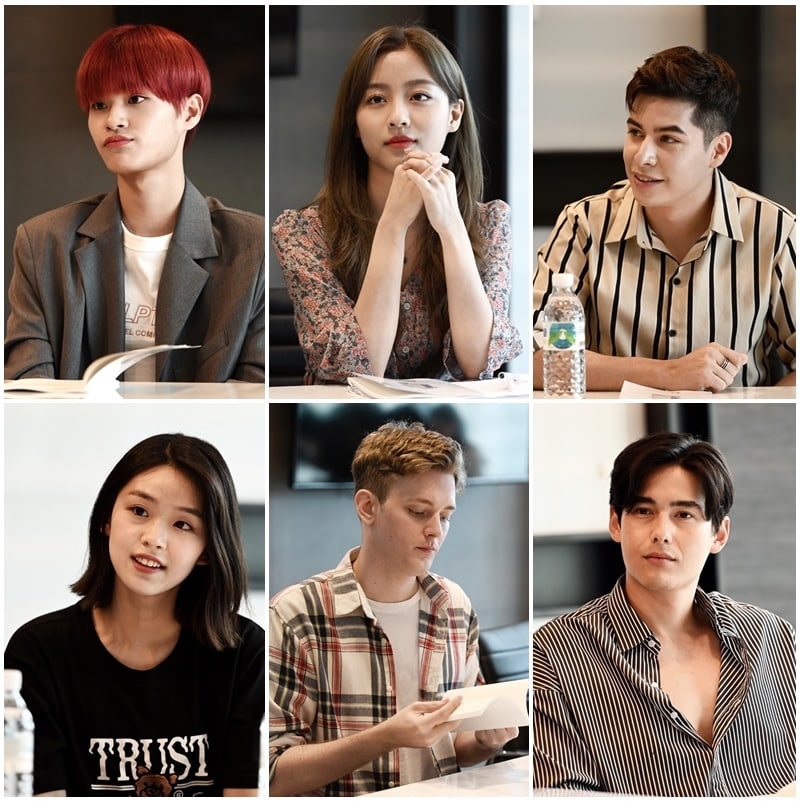 Director Park Sun Jae shared, “‘Mon Chou Chou Global House’ is a never-before-seen drama that combines youth from all different backgrounds. We plan for it to be a fantastic production filled with Korean, English, and even Spanish.”

“Mon Chou Chou Global House” will premiere this October through the Olleh TV mobile app and will later air via other platforms such as the SBS Mobidic channel.