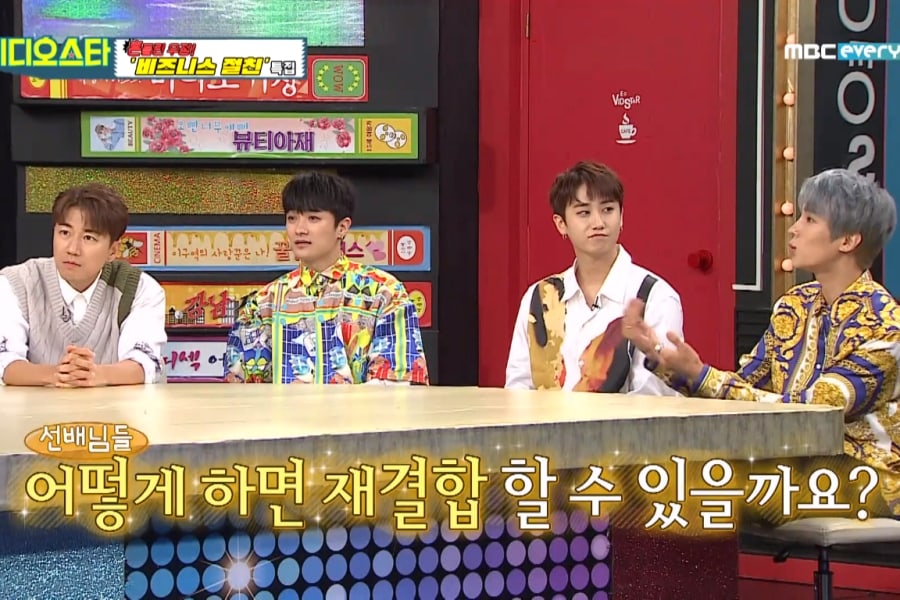 MC Kim Sook opened a conversation on SS501’s plans by saying, “There hasn’t been any official announcement of SS501’s disbandment, has there? Is there a reason?”

Heo Young Saeng explained, “After our five year contract ended, we all decided to go to different agencies, but we said among ourselves, ‘Even if our agencies are different, we should continue promoting as SS501.’ However, although we said that, 10 years have passed with no activities.”

Kim Sook then asked, “Did you all talk about getting back together?”

Park Jung Min and Heo Young Saeng both confirmed that they had, but Heo Young Saeng elaborated, “Our thoughts on how to pursue a reformation are all a bit different, so it keeps getting pushed back.”

When SECHSKIES’s Jang Su Won was asked for advice about regrouping, he wittily replied, “Won’t Kim Tae Ho take care of it?” Kim Tae Ho was the producing director of MBC’s “Infinite Challenge,” which brought back together legendary groups H.O.T and SECHSKIES years after their disbandments. Park Jung Min responded by saying, “Young Saeng actually said something similar, that if there was a program to host us, we should all appear together.” 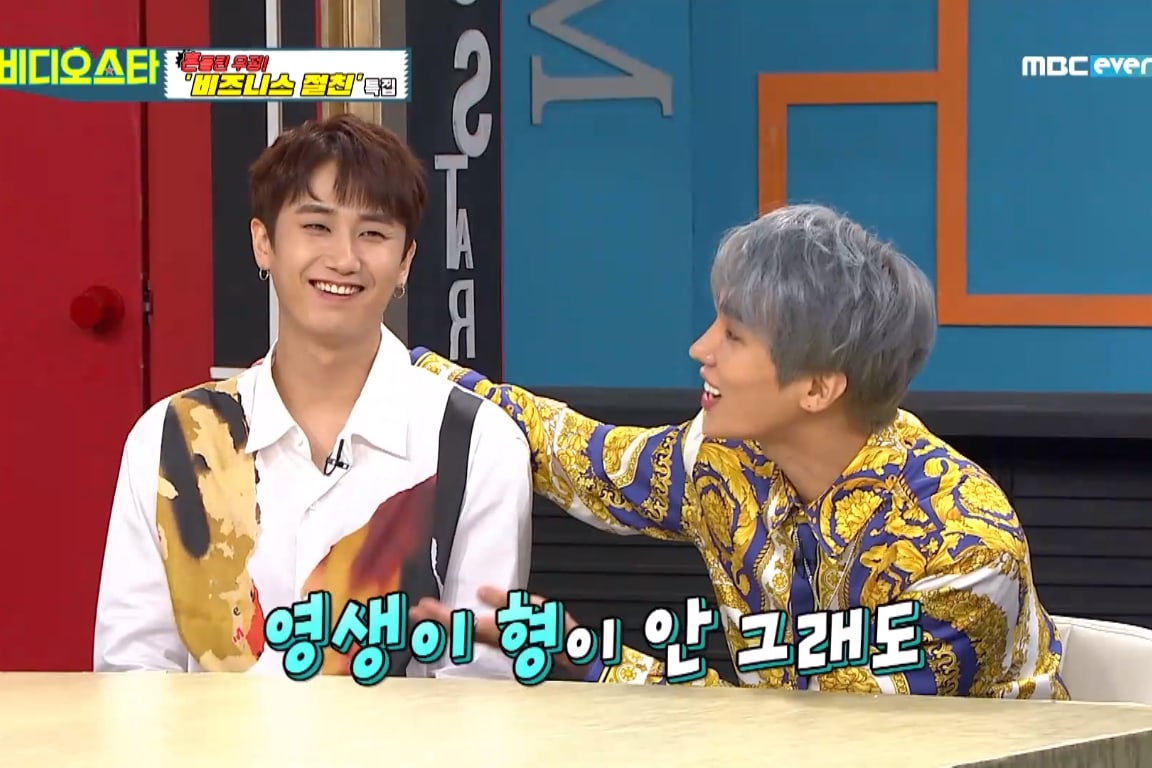