BTS showed fans behind the scenes of their trip to the 2019 Billboard Music Awards (BBMAs)!

On August 29, BTS revealed a video that shows their adventure of attending the ceremony for the third time, starting with their arrival in Las Vegas. As soon as they got there, they met up with Halsey to practice for their performance, and she thrilled the members by revealing the friendship bracelets she’d got the members and herself! 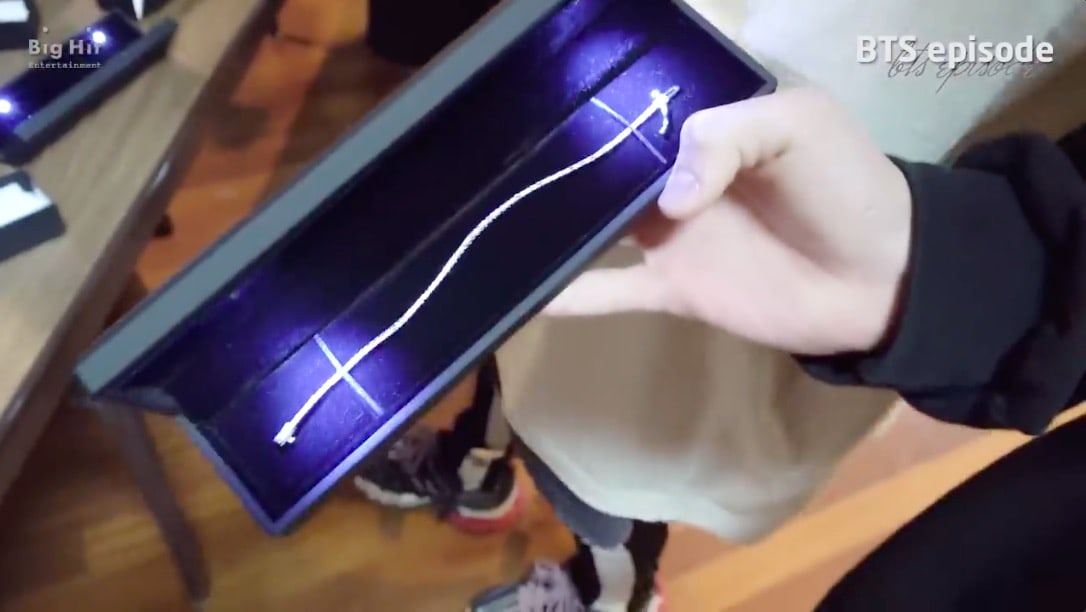 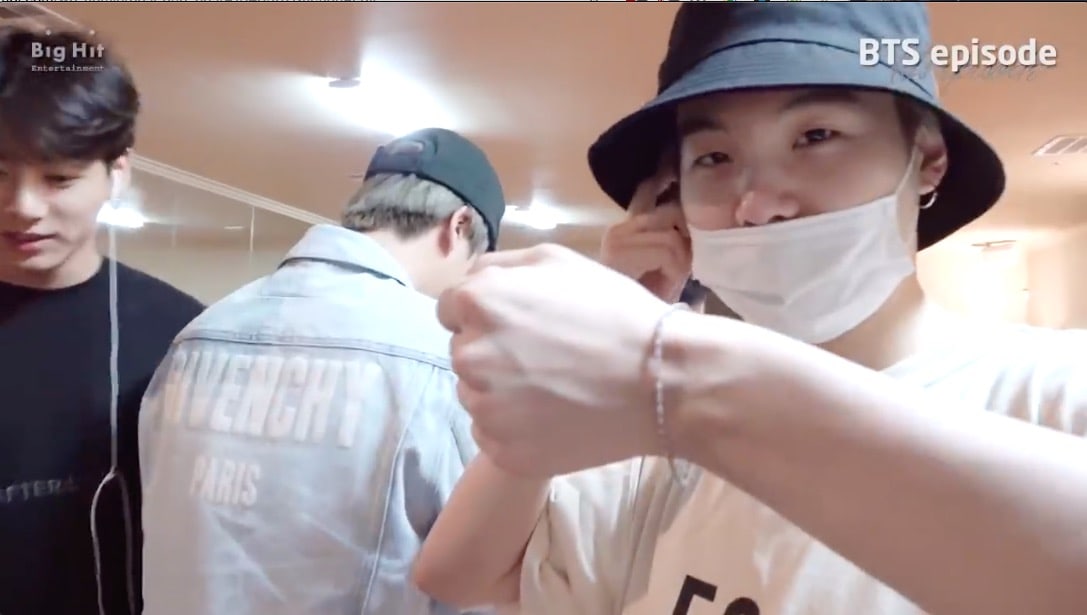 After their rehearsal, BTS presented her with signed versions of their mini album “Map of the Soul: Persona” and RM expressed how grateful they are for working so hard at practicing with them. The video also features clips of BTS and Halsey rehearsing on stage at the MGM Grand Garden Arena, doing their press interviews, and more. 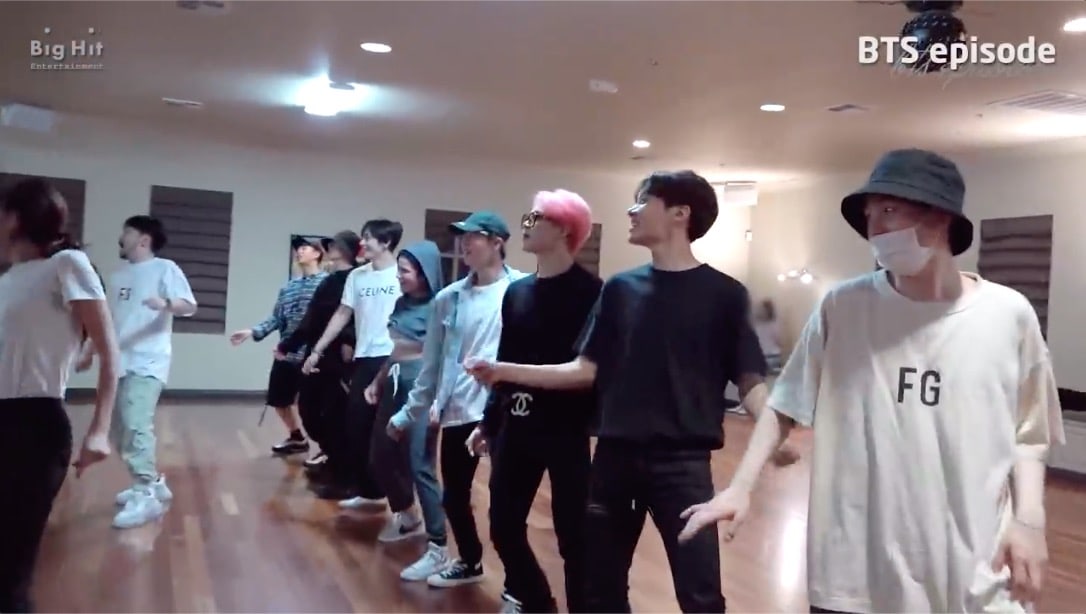 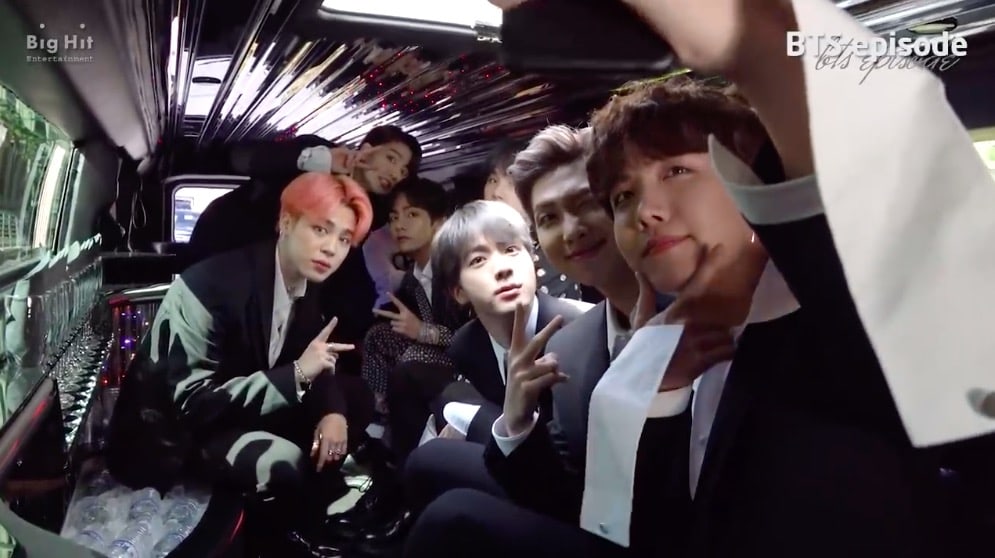 The BTS members diligently practiced their English comments for the red carpet and then put their hard work to use during interviews, although Jungkook was disappointed that he didn’t have the chance to share his thoughts about what ARMY means to BTS.

A big highlight of the video is BTS celebrating backstage after winning the Top/Duo Group award, which they hadn’t expected! After they won, Jungkook then happily got to express his thanks to ARMY in an interview.

Throughout the video, BTS is shown meeting up with other celebrities including Becky G, Ciara, Khalid, the Jonas Brothers, Tori Kelly, Drake, Madonna, and Cardi B! The guys were sure to tell Tori Kelly that Jungkook had covered her music, which she said she’d had the chance to hear. 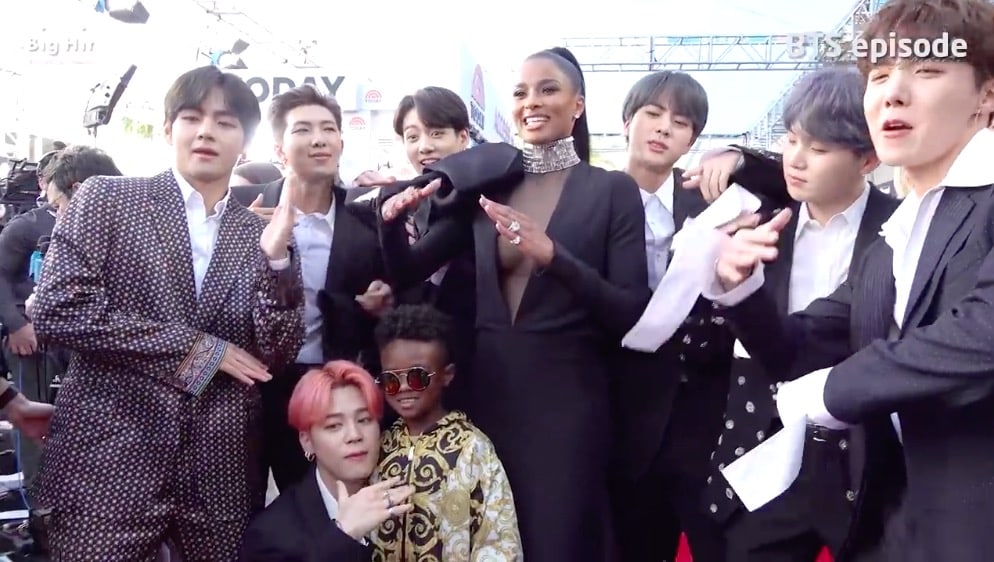 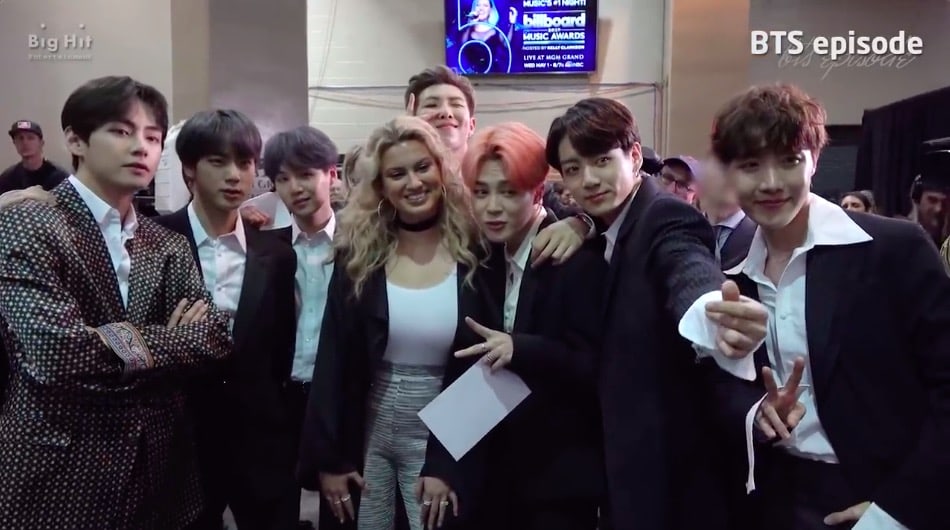 The BTS members were all very excited to meet Drake, who congratulated them on their awards and said, “You guys are the most famous people in North America right now!” After taking photos together, J-Hope and Drake got to bond over how J-Hope appeared in a dance challenge montage in Drake’s “In My Feelings” music video, before Drake promised to host the group the next time they come to Toronto. Once they parted ways the members fanboyed together over Drake, with J-Hope joking, “I’m not going to wash this hand.” 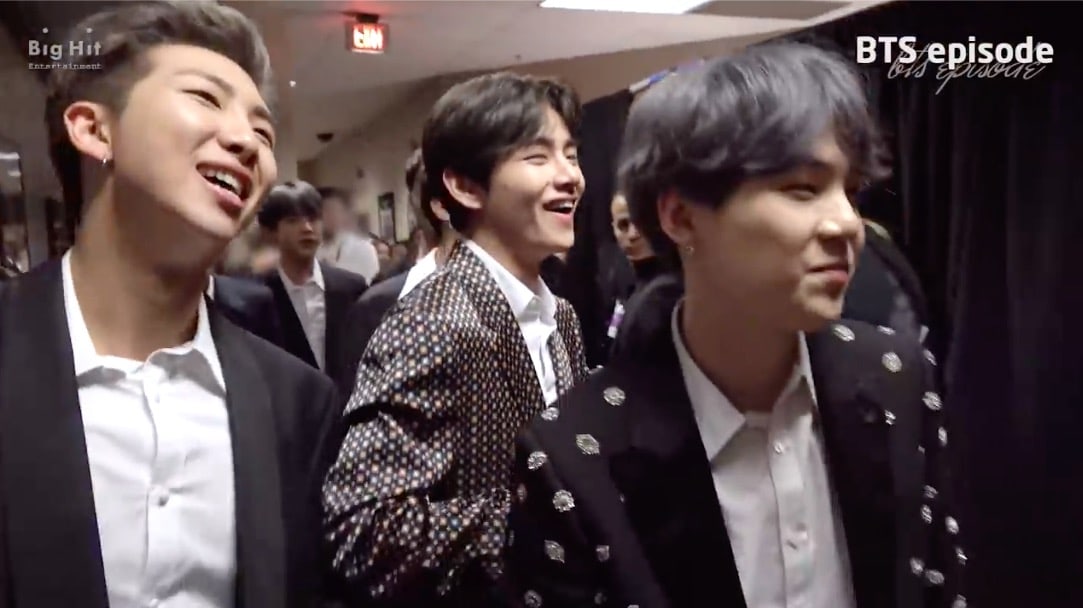 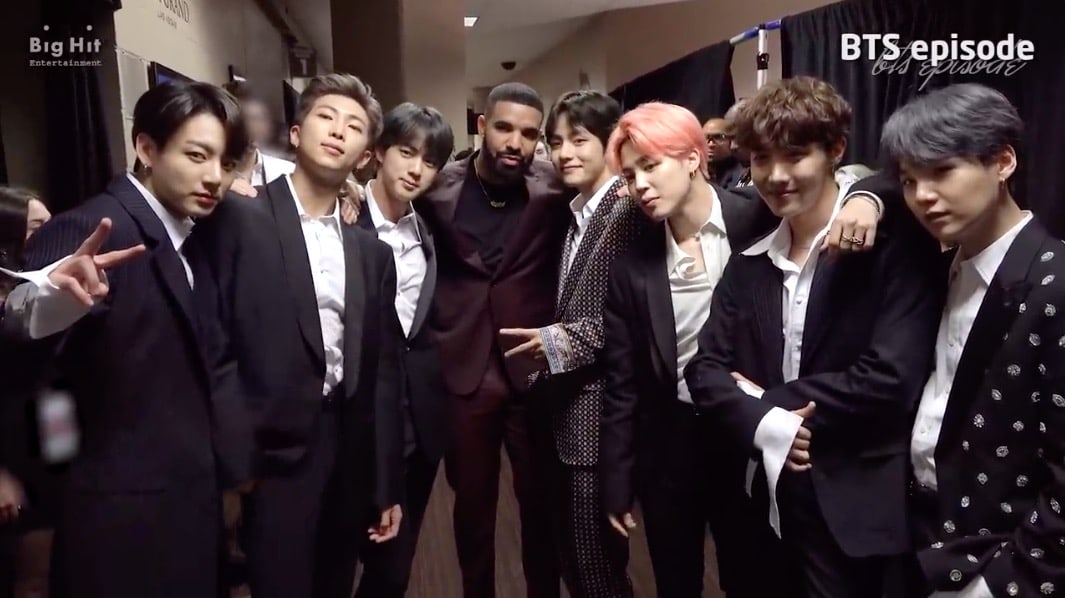 BTS also appeared to be in awe when they went to meet Madonna, and she taught them how to do the “cha cha cha.” When they pulled off the dance move quickly, she said, “Do you want to be in my gang?” 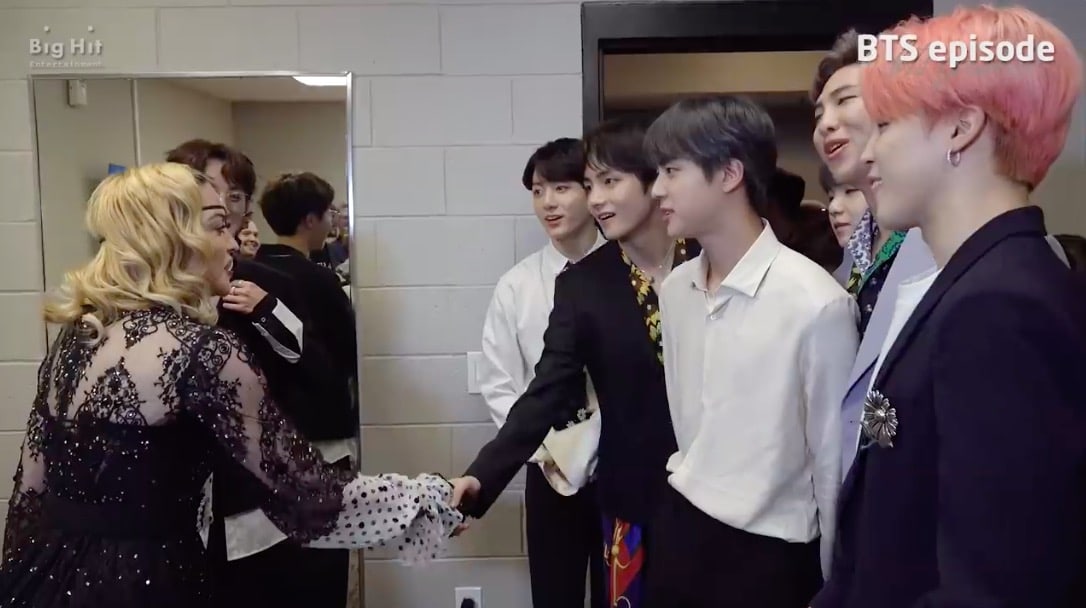 After their performance of “Boy With Luv,” BTS and Halsey shared a touching moment backstage as they celebrated their successful performance and expressed their gratitude for each other. 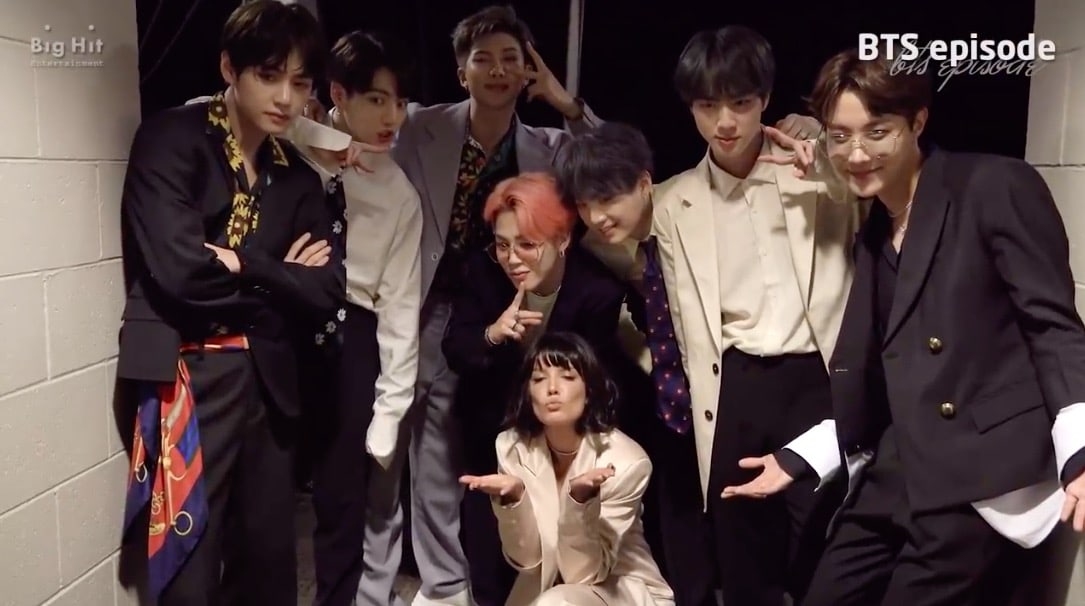 BTS
2019 Billboard Music Awards
How does this article make you feel?