On September 5, Gaon Chart revealed its chart rankings for the week of August 25 to 31.

This week’s overall digital chart is once again dominated by the “Hotel Del Luna” OST, but with a different song on top. Paul Kim’s “So Long,” which fell one spot last week, once again rose to the top spot. Gummy’s “Remember Me” also rose one spot to take second. Punch’s “Done For Me” fell to No. 3, while Taeyeon’s “All About You” fell to No. 5. Maktub’s “To You My Light,” which took No. 4, is the only song in the top five that is not from the “Hotel Del Luna” OST. 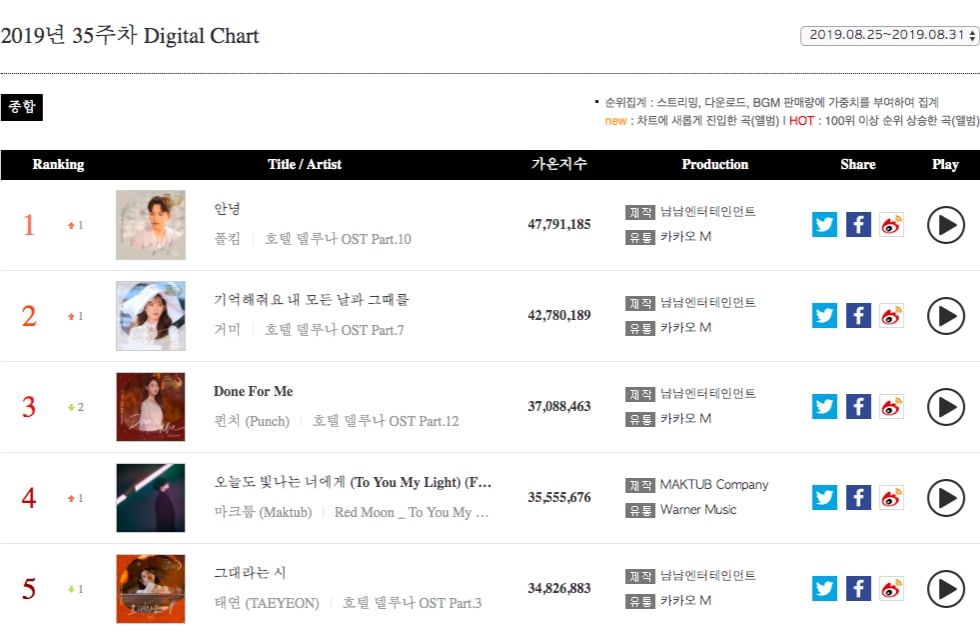 X1’s debut title track “FLASH” made a strong first entry at No. 1 on the download chart. Sunmi’s new release “LALALAY” followed at No. 2, while Crush’s new release “NAPPA” took No. 4. “So Long” and “Done For Me” from the “Hotel Del Luna” OST maintained their strength in the top five. 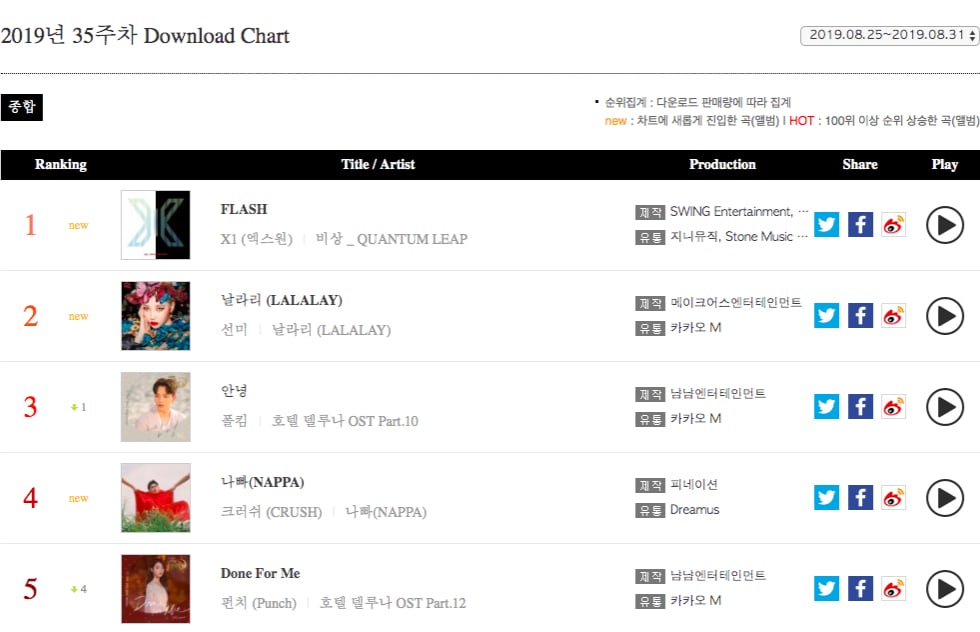 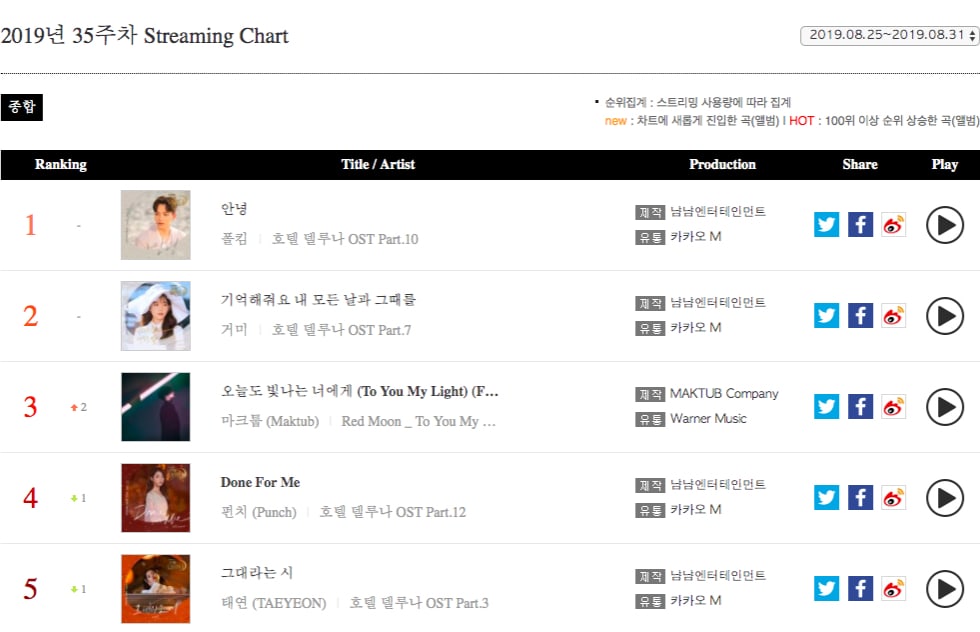 X1’s debut album “Quantum Leap” showed impressive results on the album chart, placing No. 1 and No. 2 with its regular version and “Kit” version, respectively. NCT Dream’s “We Boom” reentered the chart at No. 3, and The Boyz’s “Dreamlike” fell one spot to No. 4. UP10TION’s new mini album “The Moment of Illusion” rounds up the top five. 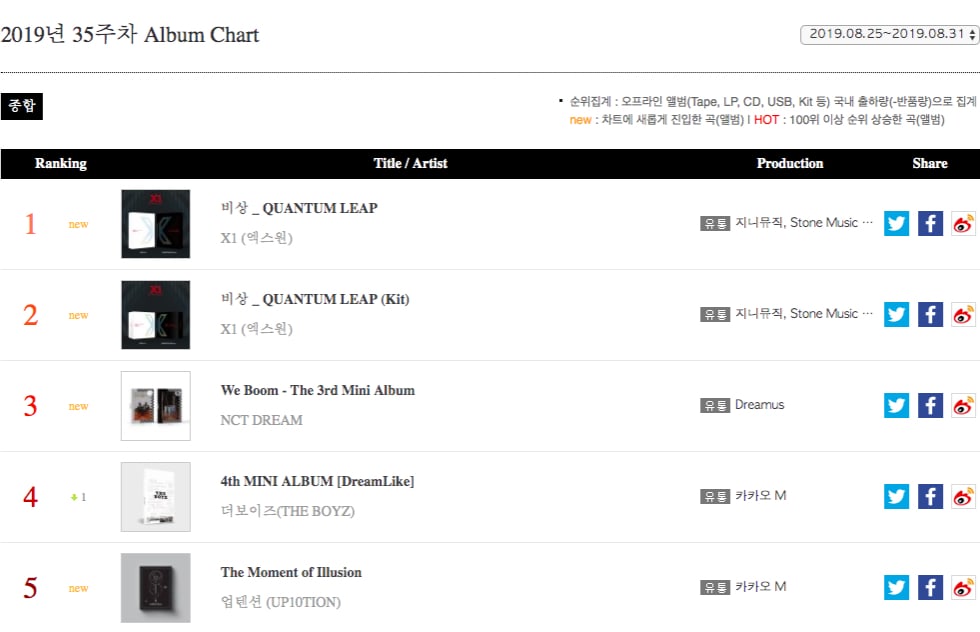 BTS once again topped the Social Chart 2.0, which collects data from V Live, MUBEAT, SMR, and MyCelebs. Red Velvet rose two spots to No. 2, and ITZY rose one spot to No. 5. WINNER’s Kim Jin Woo and Song Mino placed No. 3 and No. 4, respectively. 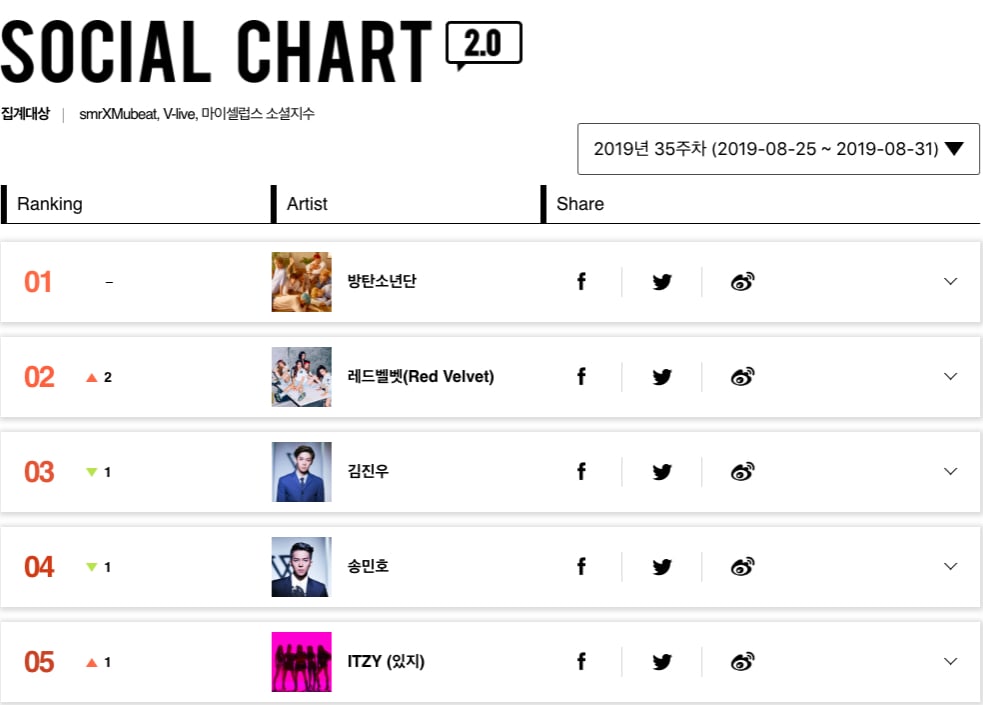