Describing his character King Gwanghae, Jung Joon Ho said, “Gwanghae is a lonely king who has been conquered by the temptation of power. That loneliness is something that makes the character interesting. From the moment I received the script, I looked at historical records and began to live through his ambition and anguish with him. [‘Tale of Nok-Du’] is a very intriguing and interesting drama where things will continue to unfold and make you unable to take your eyes off of the screen.”

Jung Joon Ho’s firm grip on his sword shows his desire for authority, while the dry branches represent his desolate heart. As a whole, the poster sheds light on King Gwanghae’s lonely struggle and the weight of his position on the throne. 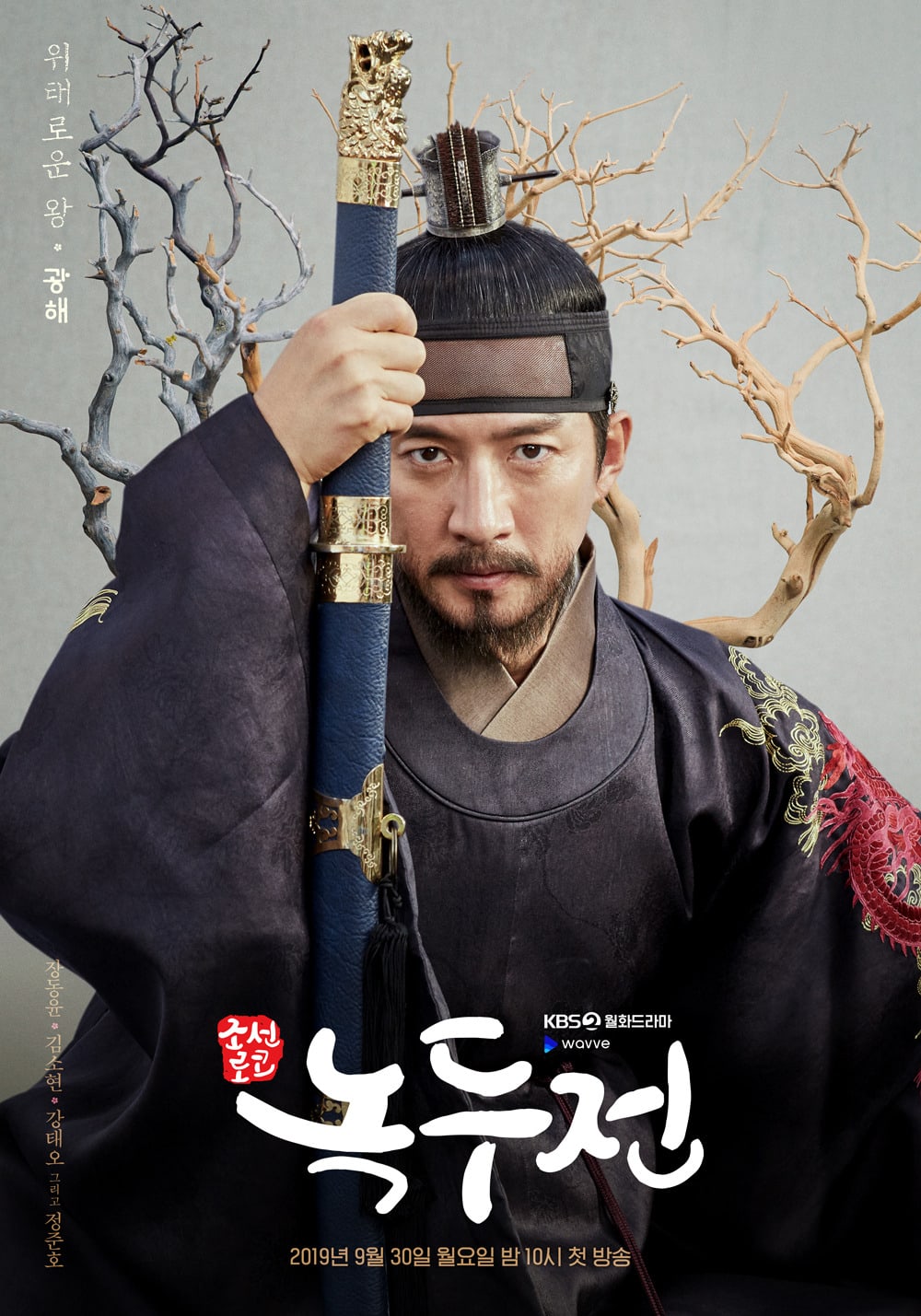 “Tale of Nok-Du” is a historical rom-com based on a webtoon of the same name about a man named Jeon Nok Du (played by Jang Dong Yoon), who disguises himself as a woman in order to enter a mysterious all-female community, and a gisaeng-in-training named Dong Dong Joo (played by Kim So Hyun), who wants anything but to become a gisaeng (female courtesan).

In the new character poster for Kang Tae Oh, the actor boasts stunning visuals as Cha Yul Mu, a man with a special talent for cooking. But behind the sweet and gentle man he presents to the world is someone who’s harboring a lot of secrets. Though he’s the subject of ladies’ love everywhere he goes, he only has eyes for Dong Dong Joo, with whom he has a special childhood connection.

A source from the drama said, “Kang Tae Oh is a solid, reliable actor. His own confidence as an actor is adding to the charisma of his character. Because Cha Yul Mu is a new character that isn’t in the original webtoon, we put a lot of thought and preparation into him. We’re excited to be able to show something different from the original work. Please look forward to the various sides of Cha Yul Mu that actor Kang Tae Oh will show you.”

Check out the character posters for Jang Dong Yoon and Kim So Hyun here and here!

“Tale of Nok-Du” premieres September 30 and will be available on Viki. 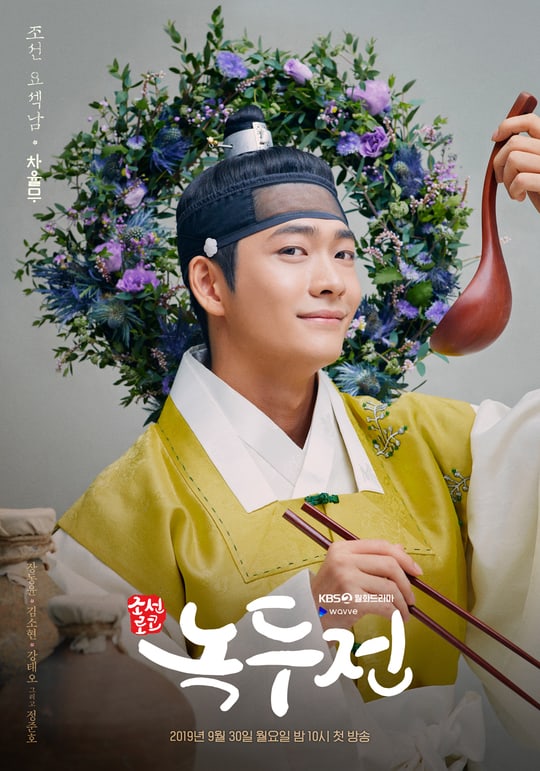 Kang Tae Oh
The Tale Of Nokdu
How does this article make you feel?