In the preliminaries, MOMOLAND’s Hyebin went up against fromis_9’s Park Ji Won, and although Hyebin finished the course first, she unfortunately had four points subtracted because of a penalty, leading to Park Ji Won’s win. NOIR’s Yang Siha was up against JBJ95’s Kenta, and Kenta moved on to the next round. WJSN’s Dayoung and PinkFantasy’s Arang, and Arang moved on and the three joined The Boyz’s Ju Haknyeon in the semi finals.

The finals were between Park Ji Won, Ju Haknyeon, and Berry Good’s Johyun, and Johyun won bronze with 92 points while Ju Haknyeon won silver with 96 points. Park Ji Won took home the gold medal with a perfect score of 100 points.

The finals were between ASTRO and NCT 127, and the latter group had an amazing run, scoring four out of the five goals. As ASTRO had missed two goals while scoring two, they only had one turn left and it wasn’t enough to beat NCT 127. NCT 127 took home gold medals and ASTRO took home silver. 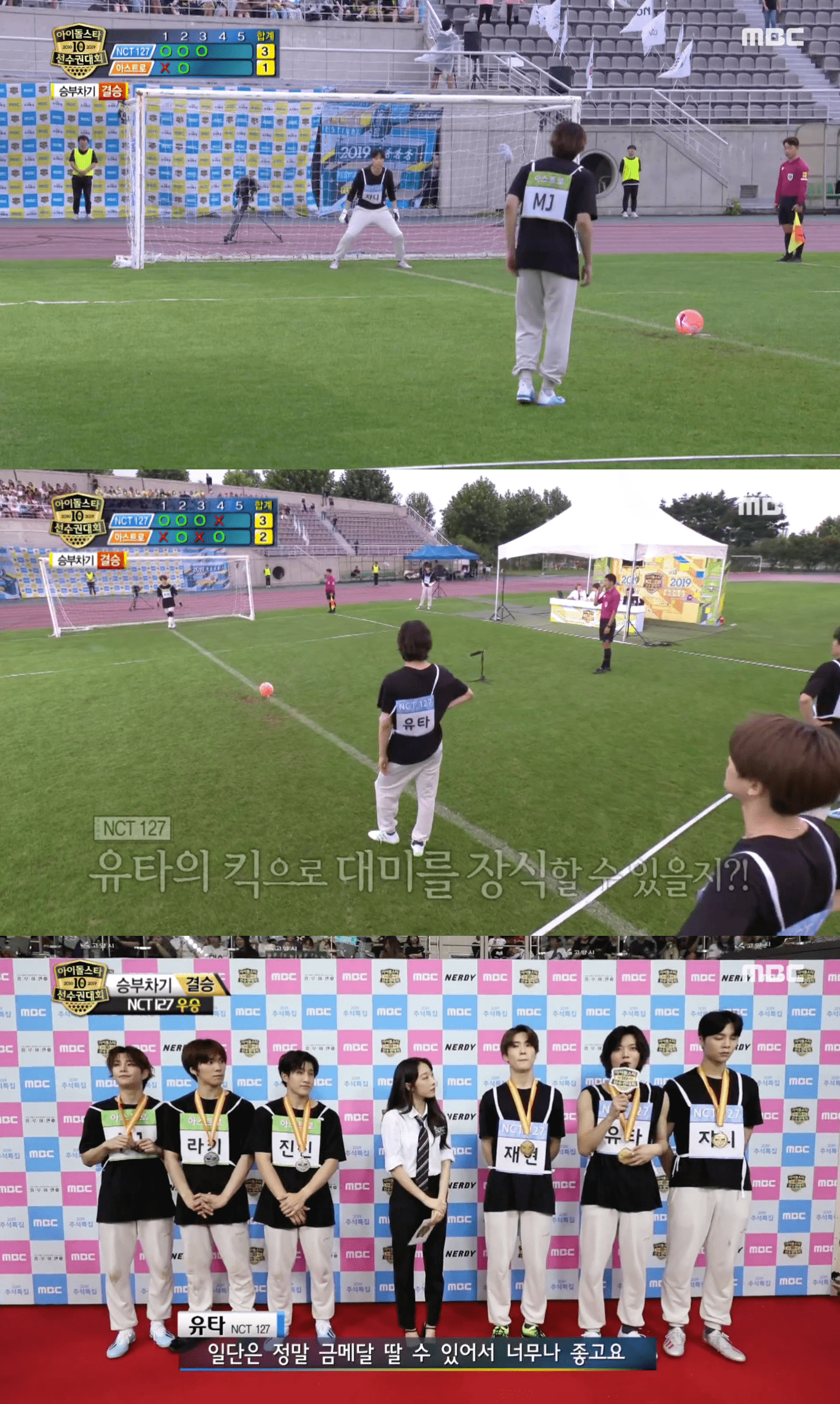 The final round for archery for female idols was between WJSN and Lovelyz. WJSN’s Eunseo, Exy, and Dayoung were up against Lovelyz’s Kei, Mijoo, and Yein. WJSN was able to get a solid win against Lovelyz with a score of 80 to 66 points. 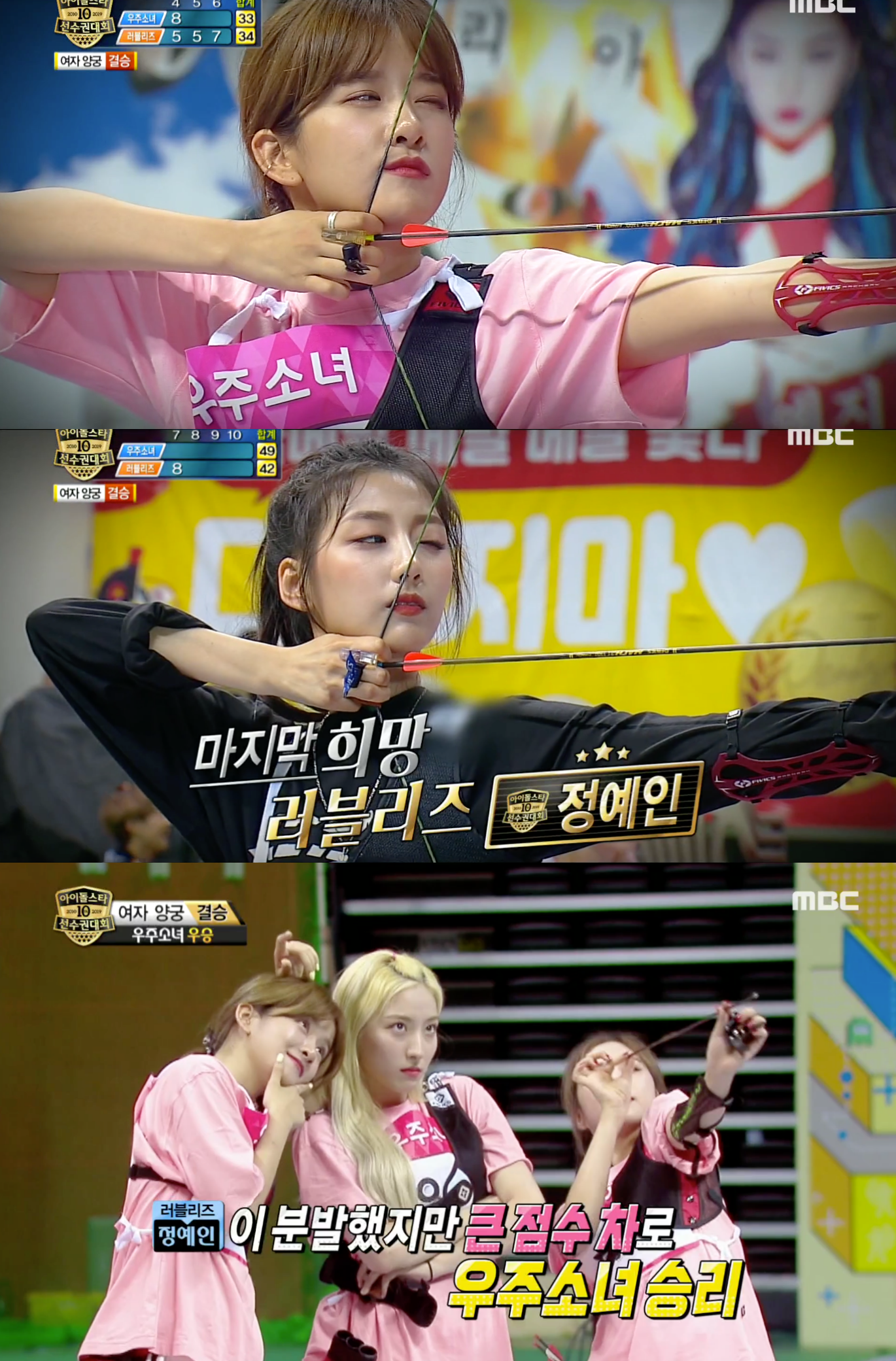 Catch up with “2019 Idol Star Athletics Championships – Chuseok Special” below!