In a recent interview, Kang Seok Hwa of “Produce X 101” talked about his past experiences as a trainee, his plans for debut, and more!

Kang Seok Hwa first made his television debut last year on YG Entertainment’s survival show “YG Treasure Box,” where he made it to the second-to-last round of the competition. The trainee then went on to compete on Mnet’s “Produce X 101” as an individual trainee, and last month, he officially signed with fellow contestant Kim Yo Han’s agency OUI Entertainment.

Describing how he first became an idol trainee, Kang Seok Hwa recalled, “I first came up to Seoul after passing a JYP audition at the age of 18 [by Korean reckoning]. Before that, I didn’t know anything about auditions. I was living in the countryside on the outskirts of Daejeon, so I didn’t know that these kinds of opportunities even existed until I enrolled in a music academy and found out about them.”

“At the time, I was the only person to pass JYP’s open audition in the Daejeon-South Chungcheong Province area,” he went on, “so I moved to Seoul for training. Starting from the moment that I received recognition for my skills, I became even more passionate about my dream of becoming a singer.”

When asked whether he was now tired of auditions and audition programs, Kang Seok Hwa replied with a laugh, “I think I’m well-suited to auditions.” He added, “My father actively urged me to appear on ‘Produce X 101.’ Thanks to him, I think I had the opportunity to show myself and my charms to more people [through the show].” 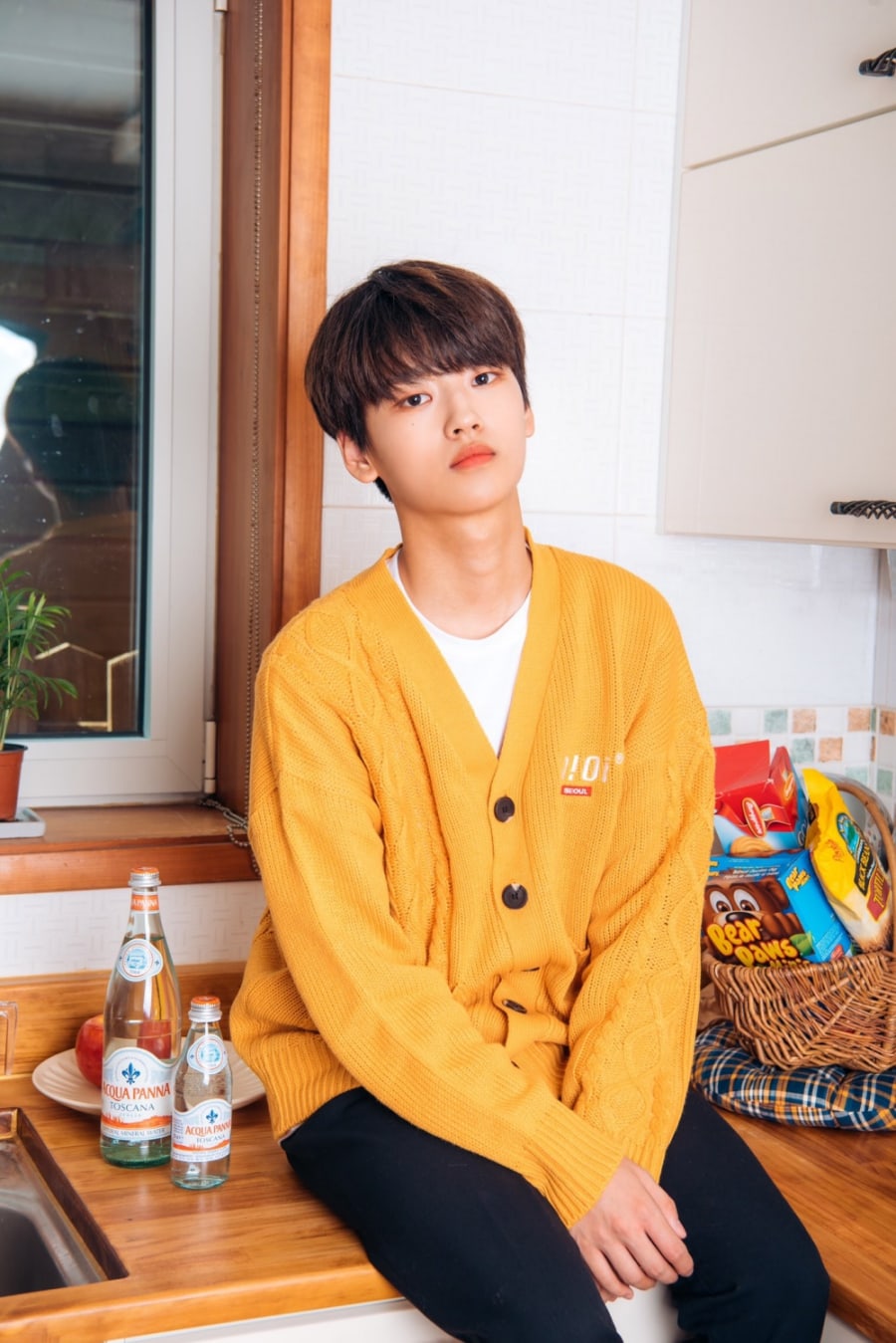 Kang Seok Hwa, who left YG Entertainment in January of this year, also talked about the differences between “YG Treasure Box” and “Produce X 101.” Reflecting on the two survival shows, he said, “They were similar yet different at the same time. ‘YG Treasure Box’ was a competition between the trainees who belonged to one agency, so we had to maintain the agency’s style. ‘Produce X 101’ featured trainees from many different agencies, so we were able to showcase many different types of charms.”

He also mentioned that he had already known some of the other “Produce X 101” contestants before the start of filming, explaining, “I had friends there who were formerly YG trainees, and I also had friends who belonged to different agencies, but whom I had gotten to know while I was a trainee.”

As for his recent decision to join OUI Entertainment, Kang Seok Hwa revealed that it was his new labelmate X1’s Kim Yo Han who had talked him into it. “Yo Han sold me on [the agency],” he shared. “He told me that the company felt like a family, so the atmosphere was really comfortable, and that they paid a lot of attention to their trainees. He helped me decide on an agency.” 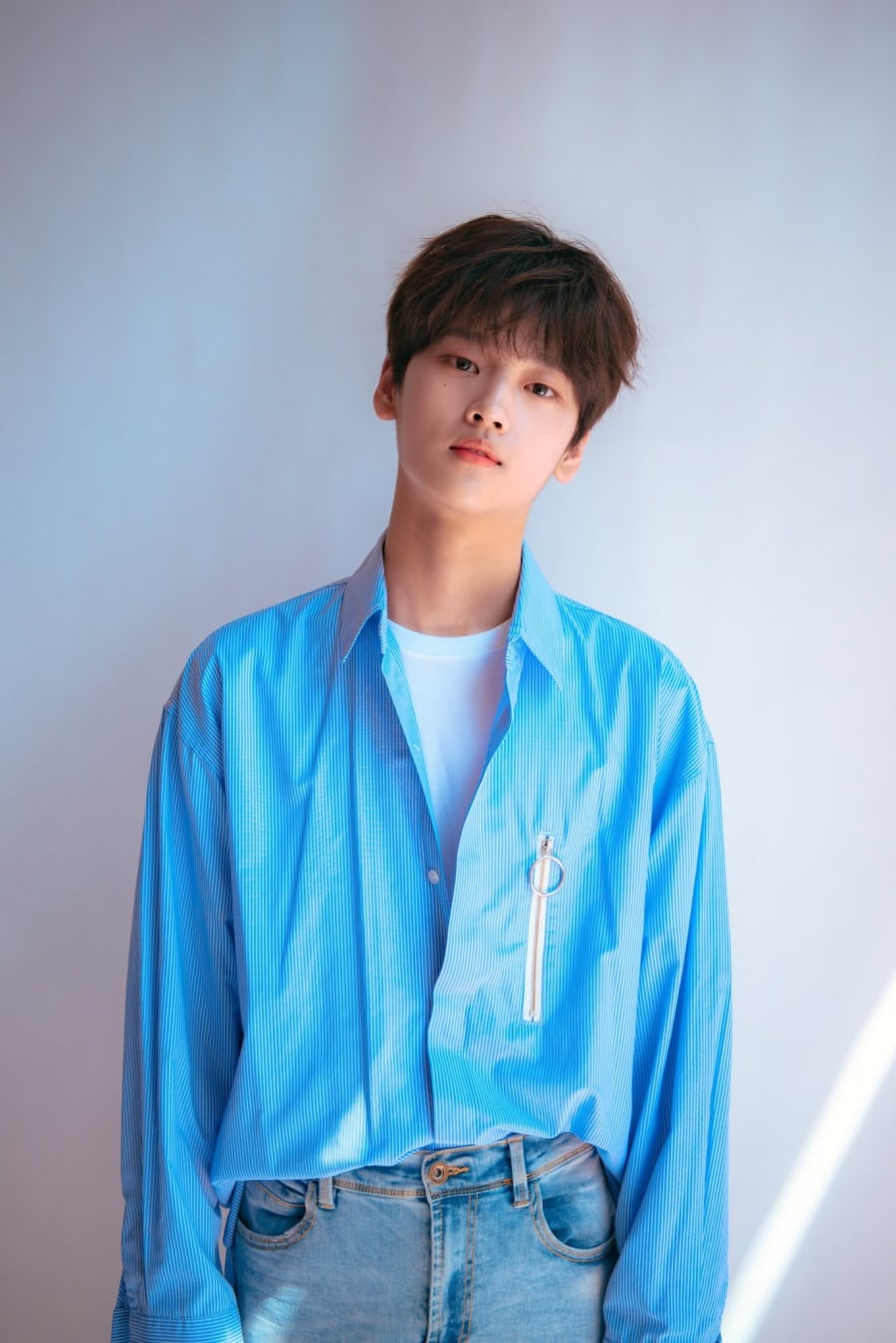 In terms of how his level of fame had changed since “Produce X 101,” the trainee remarked, “I previously had more of a cute image, so it felt great when people reacted to my ‘MAMA‘ and ‘TWIT‘ performances by saying, ‘Wow, Seok Hwa is good at powerful concepts too.’ Before, a few people would recognize me when I was dressed up, but after ‘Produce X 101,’ people recognized me even when I was just casually walking down the street, which really surprised me. It made me think that even if it wasn’t much, I did get my face out there a little bit.”

Finally, when asked about his plans for debut and what kind of singer he hoped to become, Kang Seok Hwa replied, “I’m currently preparing to debut in a group. Nothing has been definitively decided yet. But I’d like to make my name known as a member of a group who writes new history for our generation and who can pull off any concept.”