Soompi Interview
by K. Do

Following the group’s comeback with latest title track “Humph!” PENTAGON has been busy with their “PRISM” world tour.

While Yan An is unable to participate in the tour due to health concerns, the other members took some time to answer questions for fans in an exclusive interview with Soompi.

Find out about PENTAGON’s inner thoughts, personal favorites, and more!

What usually stands out to you while you’re performing on stage?

Jinho: The looks on our fans. It makes us concentrate on our performances more.

Hui: The light stick on Universe’s hands. I get impressed because it’s such a pretty sight.

Hongseok: Fans enjoying our performances appeal to me the most.

Yeoone: The eyes of our fans!

Yuto: What stands out to me the most is when they sing along with our song.

What are some tips that you do to maintain energy during performances?

Jinho: I think of it as an acting piece, so even though I get tired, I maintain my spirit.

Hui: I shout out on stage.

Hongseok: I get energy from Universe.

Yeoone: I get energy when I hear our fans shouting!

Yuto: I exercise again and again!

Wooseok: I get energy from our members and Universe. 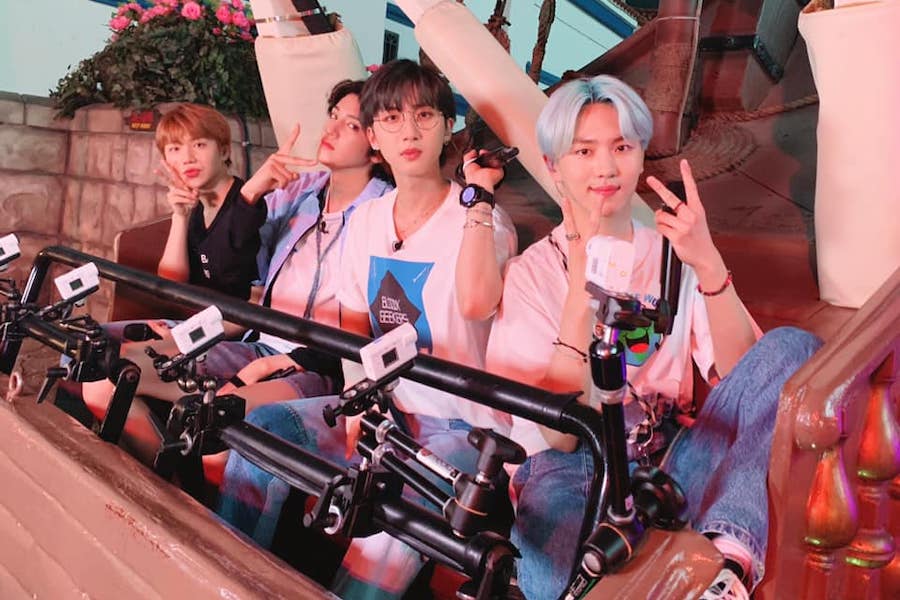 What are some of the most memorable things that fans have said to you?

Jinho: I love you more than yesterday.

Hui: I was most impressed when they said they loved me.

Hongseok: You are handsome. PENTAGON is the best.

Shinwon: I was so happy.

Yeoone: Whenever, wherever, we support you. So be happy and live joyfully, I remember that the most!

Yuto: When they said they knew PENTAGON after listening to “It’s Yuto.”

Kino: When they said, they knew happiness through us. That’s when I think I shouldn’t lose my positive side.

Wooseok: I like how Wooseok always cherishes and likes each performance.

If you had to spend a day in another member’s body, who would you pick?

Jinho: Yeoone’s! Because he doesn’t gain weight no matter how much he eats..

Hui: Hongseok, because he has a body with many muscles.

Hongseok: Kino, I want to burn the stage with my dancing.

Yeoone: Because I love myself, I would like to live one more meaningful day by me!

Yuto: Hui hyung – Because he is good at producing songs.

Kino: For me, Yuto! All clothes suit him well.

Wooseok: Kino, because he is really good at dancing.

Which member do you want to spend more quality time with?

Jinho: Yuto, because he has a busy life, I would like to make him relax and rest.

Hui: Yuto, eat something delicious together.

Hongseok: Yuto, because I want to teach him how to take good pictures.

Yuto: Kino, because I can communicate with him without talking

Wooseok: Hui, because he has a busy life, I would like to make him relax and rest. 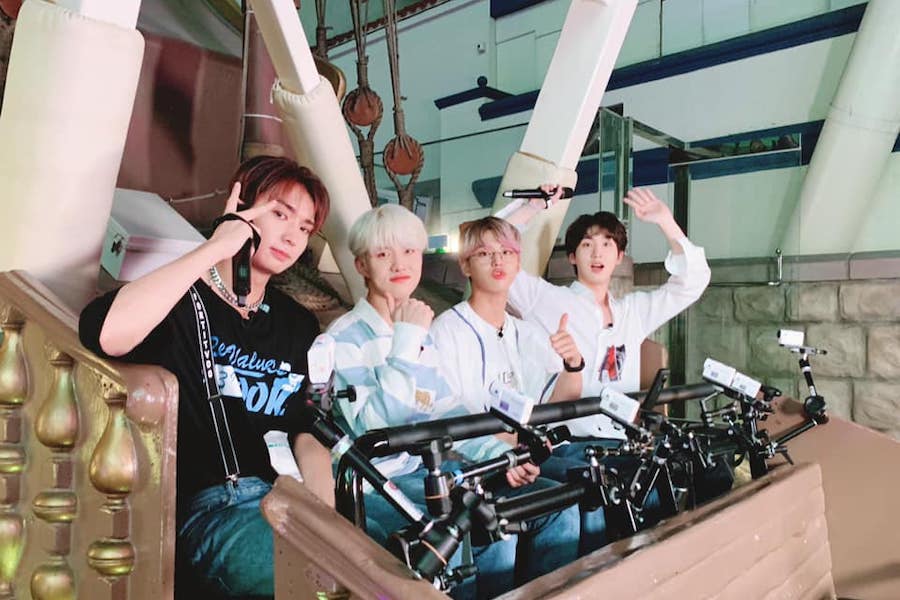 Recently, PENTAGON has been collaborating with different YouTubers. What was the most interesting / your favorite part about working with them? How does it compare to appearing on more traditional TV broadcasts?

Jinho: I have been watching The World of Dave a long time, so it felt like looking at a celebrity.

Hui: I think YouTube contents have fewer limitations and is free to take on challenges.

Hongseok: It was all so much fun. It was less formal than TV programs, so it was relaxing.

Shinwon: I had more fun because there were less limitations.

Yeoone: It was less pressure than being on TV programs and we could show you more different sides of us!

Yuto: When we were in ‘Taegyungah let’s eat medicine,’ I had fun because we got to know a lot of songs.

Kino: I had the most fun with ‘Awesome Haeun’ with a really good, young dancer. I have been a fan. It was more relaxing than on being TV programs.

Wooseok: It was really fun. We experienced many things and learned from them. 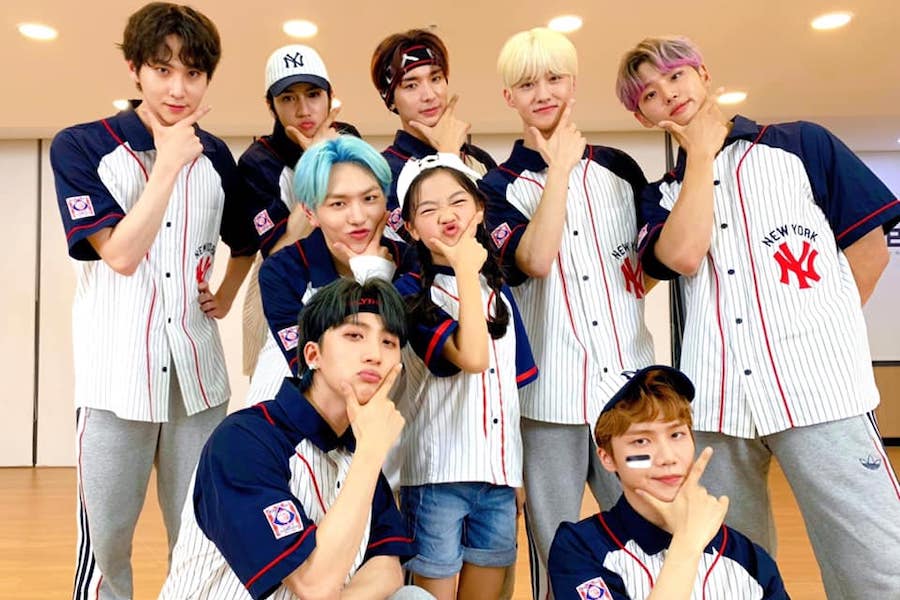 What’s the one food that you could literally eat every day?

What’s one thing that has inspired you these days?

Hui: I get inspiration from Netflix movies.

Hongseok: The movie “John Wick.” It was so much fun. Go Keanu Reeves!

Yeoone: I get great impression from Coldplay music!

What is one concept you have always wanted to try?

Hui: I would like to try a sexy concept.

How do you de-stress?

Shinwon: Loudly listening to music and taking a nap

Yuto: I do a lot of things that I like.

Kino: I listen to my favorite music to maximum volume

Wooseok: Watch a movie or a documentary and play games

What are some of your favorite K-dramas?

Jinho: “What’s Wrong with Secretary Kim.” It was fun to watch.

Shinwon: “My Love From the Star”

Yeoone: “That Winter, The Wind Blows” 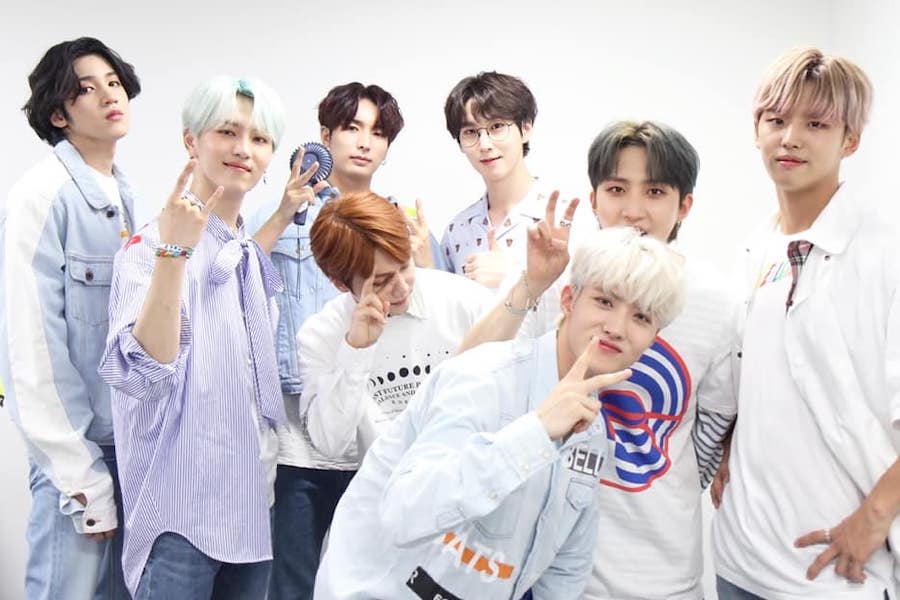 What are your thoughts on PENTAGON’s answers? For more PENTAGON, be sure to check out their 2019 “PRISM” world tour here.

Special thanks to PENTAGON and CK Star Entertainment!

PENTAGON
Soompi Spotlight
How does this article make you feel?