Exclusive: PENTAGON Gets Up Close And Personal With New York Fans During 1st Stop Of 1st-Ever U.S. Tour

Last night, PENTAGON lit up New York’s historic Beacon Theatre with an unforgettable concert that proved that they are one of K-pop’s most criminally underrated acts.

On September 5 local time, PENTAGON kicked off the U.S. leg of their 2019 world tour “PRISM” in New York City, marking an auspicious beginning to their very first stateside tour. Throughout the evening, the group’s boundless talent and energetic performances literally had the crowd shaking with excitement, and the members’ impressive vocal abilities inspired multiple gasps of awe—even from the venue’s staff.

Over the course of the night, PENTAGON showcased their ability to switch effortlessly between different genres and styles: the group was completely in their element for intense, stylish dance numbers like “Gorilla,” “Sha La La,” and “Critical Beauty,” but they also appeared right at home while performing ballads like “Till,” “When It Rains at Night,” or their emotional 2017 track “Like This,” all of which highlighted their flawless singing and beautiful harmonies. The idols also dazzled with their infectious energy and charm during their more playful numbers, like their breakout hit “Shine,” “Pretty Pretty,” and their most recent title track “Humph!”

However, some of the highlights of the evening were when PENTAGON stepped outside of their usual repertoire. For example, Jinho memorably introduced himself at the beginning of the night by bursting into a flawless rendition of Jay-Z and Alicia Keys’s famous ode to New York, “Empire State of Mind.” Later on in the show, he took things even further—after the group had wowed the crowd with passionate live covers of Camila Cabello’s “Havana” and Bruno Mars’s “Uptown Funk,” Jinho shocked the audience by unexpectedly revealing his hidden talent for singing opera.

It all started when the PENTAGON members looked around at the ornate, Art Deco interior of the Beacon Theatre, observing that the venue looked like a musical theater or an opera house. Kino then turned to Jinho and begged, “Show us some opera,” while Hongseok requested that Jinho sing a song from a Broadway musical. Jinho proceeded to sing a snippet of “Gethsemane” from the musical “Jesus Christ Superstar,” but it didn’t satisfy Kino’s desire to hear his bandmate sing opera, and he pleaded, “I want to listen to one more song. Please, please, please.” After quickly warming up his voice, Jinho stunned the audience by launching into the opening bars of the mezzo-soprano aria “Lascia ch’io pianga” from Handel’s “Rinaldo.”

As the crowd cheered in amazement, Hongseok exclaimed, “This guy knows how to sing!” He then jokingly asked Jinho, “Are you interested in dancing? Would you like to join a group called PENTAGON?”

Though they were certainly more than capable of pulling off the sharp, structured choreography required of songs like “Can You Feel It,” PENTAGON’s charms seemed to shine through most when they were given the chance to freely run around the stage and interact with both their fans and with one another, as they were during their effervescent B-side “Spring Snow.” Throughout the show, the PENTAGON members never squandered an opportunity to rush to the front of the stage and joke around with members of the audience, and during breaks between songs, they constantly made efforts to communicate with their fans. Towards the beginning of the concert, they even asked the crowd to join them in putting their hands up as they gathered in a circle to wish each other luck in a group huddle.

Hongseok, in particular, repeatedly asked the crowd for their input on various matters, such as Yeo One and Shinwon’s newly dyed hair colors. Pointing out that Shinwon had dyed his hair red specifically for PENTAGON’s “PRISM” world tour and that Yeo One had recently dyed his hair blond for the very first time, Hongseok eagerly urged their fans to share their opinions on his bandmates’ new hairstyles: “Scream if you like black! Now make some noise if you like blond!” 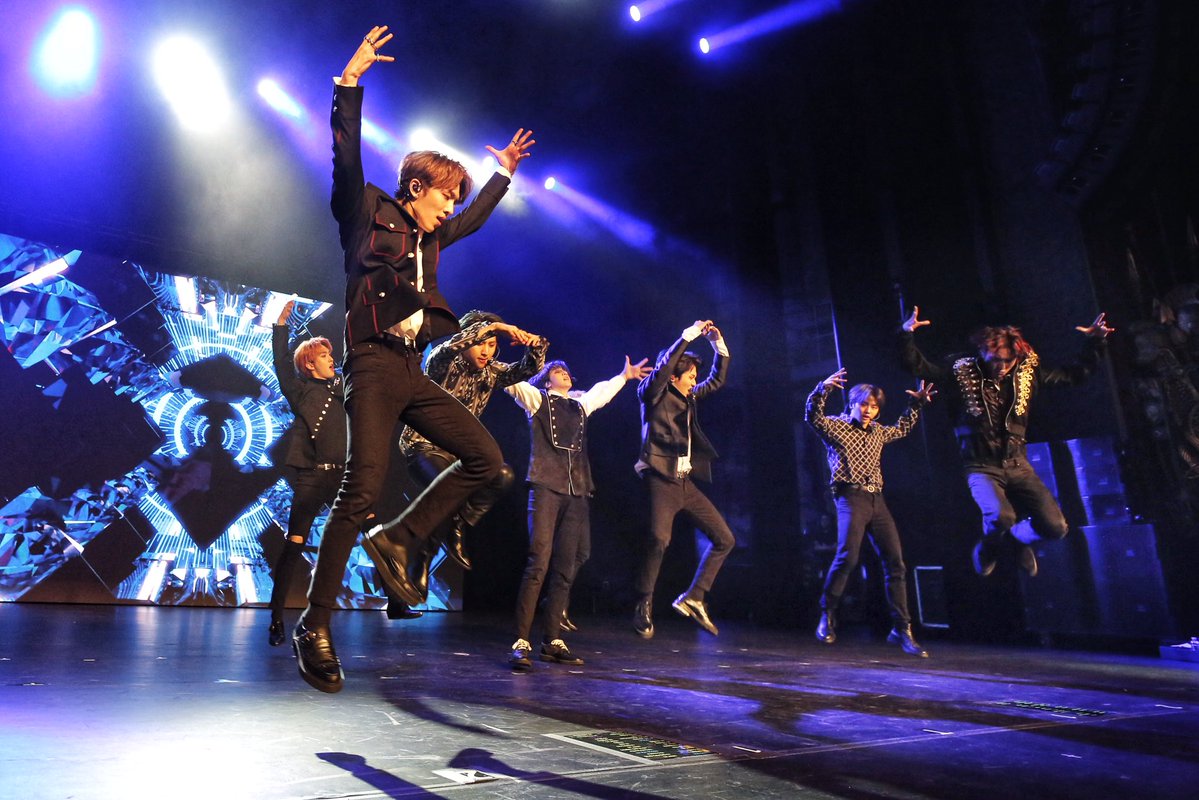 The group kept things personal and playful up until their very last goodbyes to the audience, during which the members teasingly ribbed one another for their sentimental remarks. Kino also jokingly warned their fans that he would remember everyone’s faces for the next time they came to New York, so that they would have to keep their promise to return. “I really saw all the faces,” he insisted, as he ran across the front of the stage and pointed a teasing finger at the crowd. “I will remember all the faces. So promise me [you’ll come next time], okay? Thank you!”

Hui also asked the audience to make a promise, remarking, “Today, because of UNIVERSE, I’m very happy. And now, our concert is almost over, but I’ll always remember UNIVERSE. So UNIVERSE also, don’t forget PENTAGON, okay? Promise! Thank you. I love you.”

Wooseok similarly remarked, “Thank you for coming to see us, and thank you for giving [us] good energy.” He then hilariously acted out the iconic thumbs-up scene from the film “Terminator 2: Judgment Day,” announcing, “I promise I’ll be back.”

Yuto caused his bandmates to coo over how “sweet” he was by telling their fans, “You are the apple of my eye,” and Yeo One was dubbed Captain America by Kino after he repeatedly declared, “I can do this all day.” 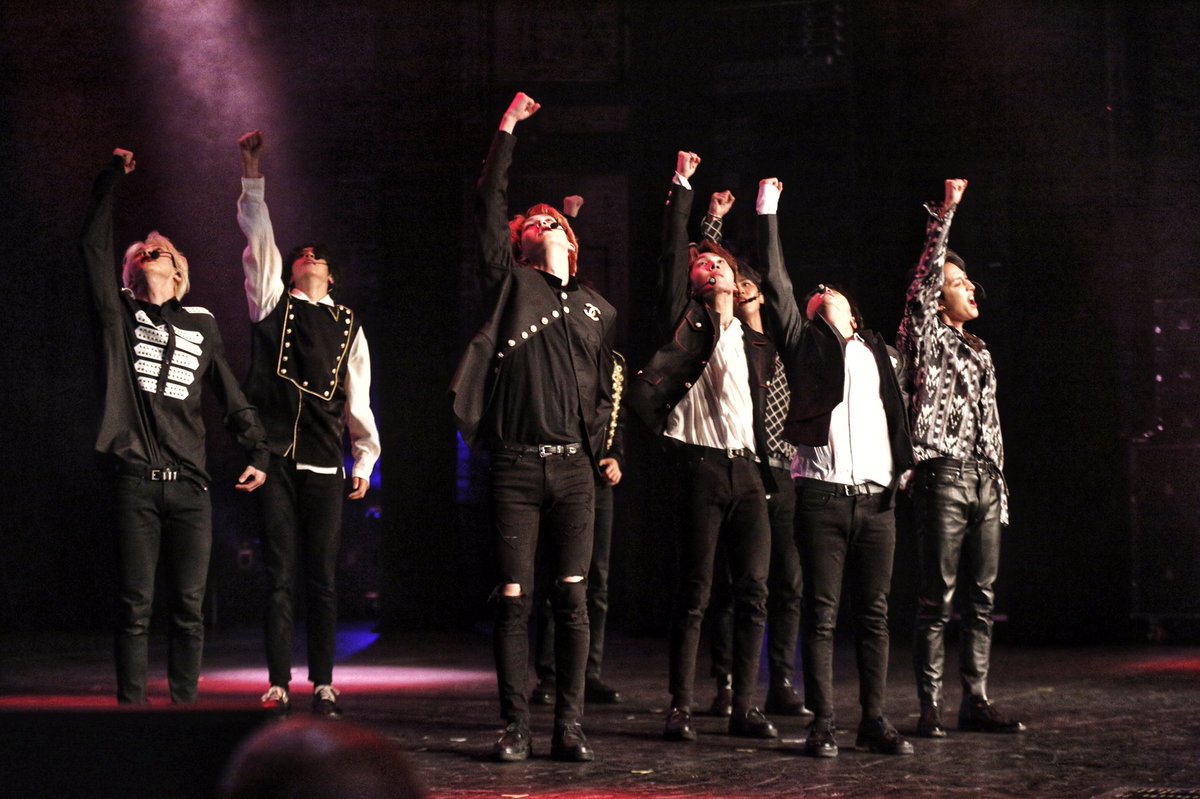 Jinho told the crowd, “Since we arrived here, I saw three beautiful things. The first one is Brooklyn Bridge. And [Washington Square Park]. And the third one is UNIVERSE. So I really want to come back soon and perform again. We promise we’ll come back and show better performances.” Shinwon echoed the sentiment by saying, “I love this city. I don’t want to leave here, so we will [come] back. I want to see you again.”

Finally, Hongseok reflected on his childhood dreams, thoughtfully remarking, “As many of you guys may already know, I spent [some of] my childhood years in the U.S. before. And as I decided to pursue my career in music, I had a dream to come back to the States to perform.”

“They say that if you really, really want something badly, the whole universe conspires to make it happen,” he went on. “And I think that it’s not a coincidence that our fandom name is UNIVERSE. I dared to ask the universe, and thanks to the UNIVERSE, my dreams came true. Thank you, UNIVERSE!”

However, even his poignant speech turned to laughter at the hands of the PENTAGON members, with Jinho quickly poking fun at his serious tone of voice by joking, “Thank you, President.” Hongseok wittily responded by striking a politician-esque pose and bellowing, “Change!” 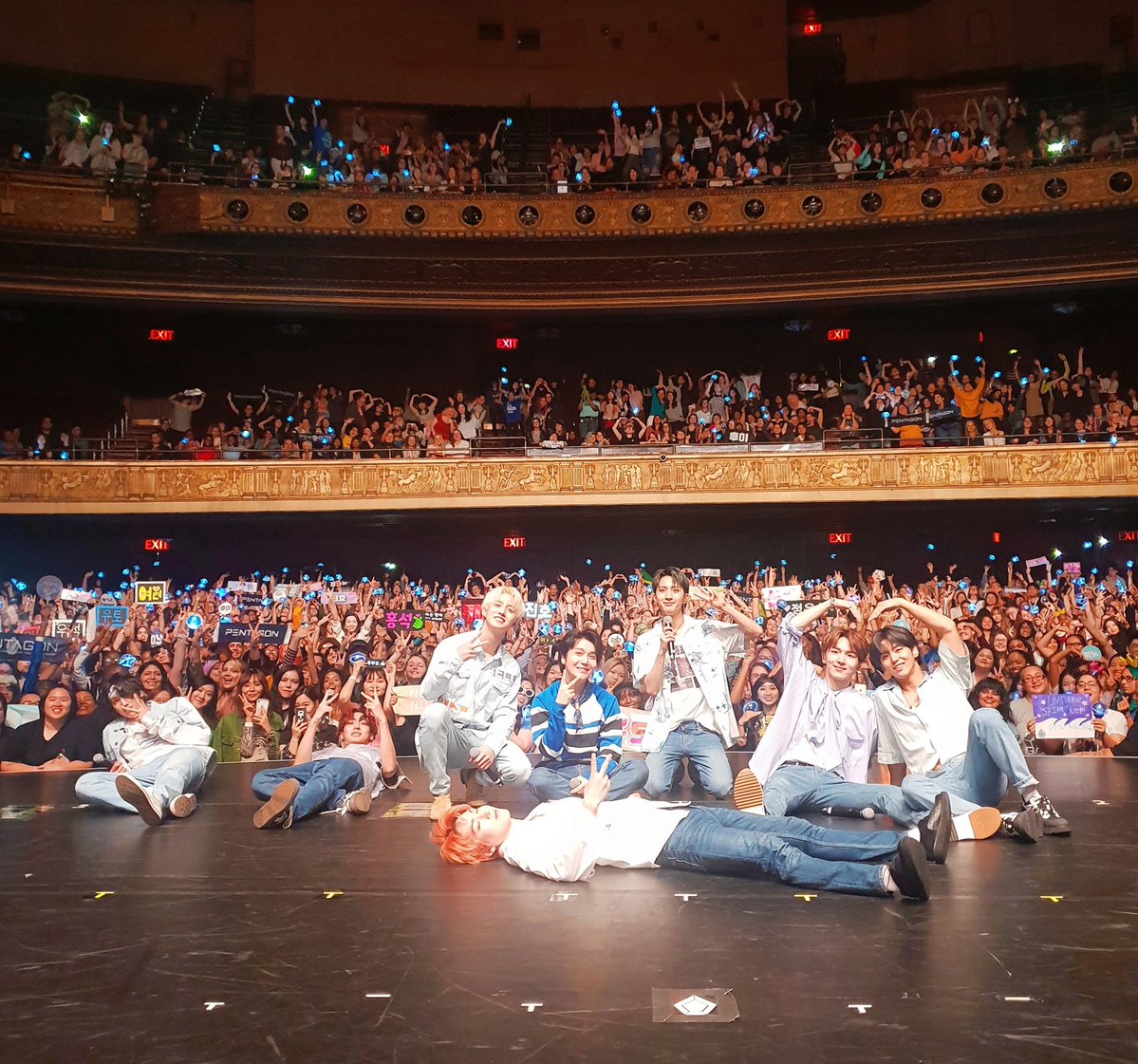 With all of the members’ spontaneous interactions and playful banter, the concert gave fans an up-close-and-personal look at the idols as the fun, unique human beings they are outside of their tightly choreographed performances. Even for fans who may have already been all too familiar with PENTAGON, it was an eye-opening night that highlighted not only the breadth of the group’s many talents as artists, but also the members’ individual personalities and their genuine excitement about meeting their fans abroad.

Early on in the concert, Hongseok and Yeo One asked the audience if they could tell that PENTAGON had prepared a great deal for this world tour.

Two hours later, the group had left no room to doubt their love and gratitude to the UNIVERSE in attendance. Even with the chill of early autumn in the air, the show left the audience feeling warm-hearted as they headed out into the night.

Special thanks to LiveNation for inviting us out to the show! 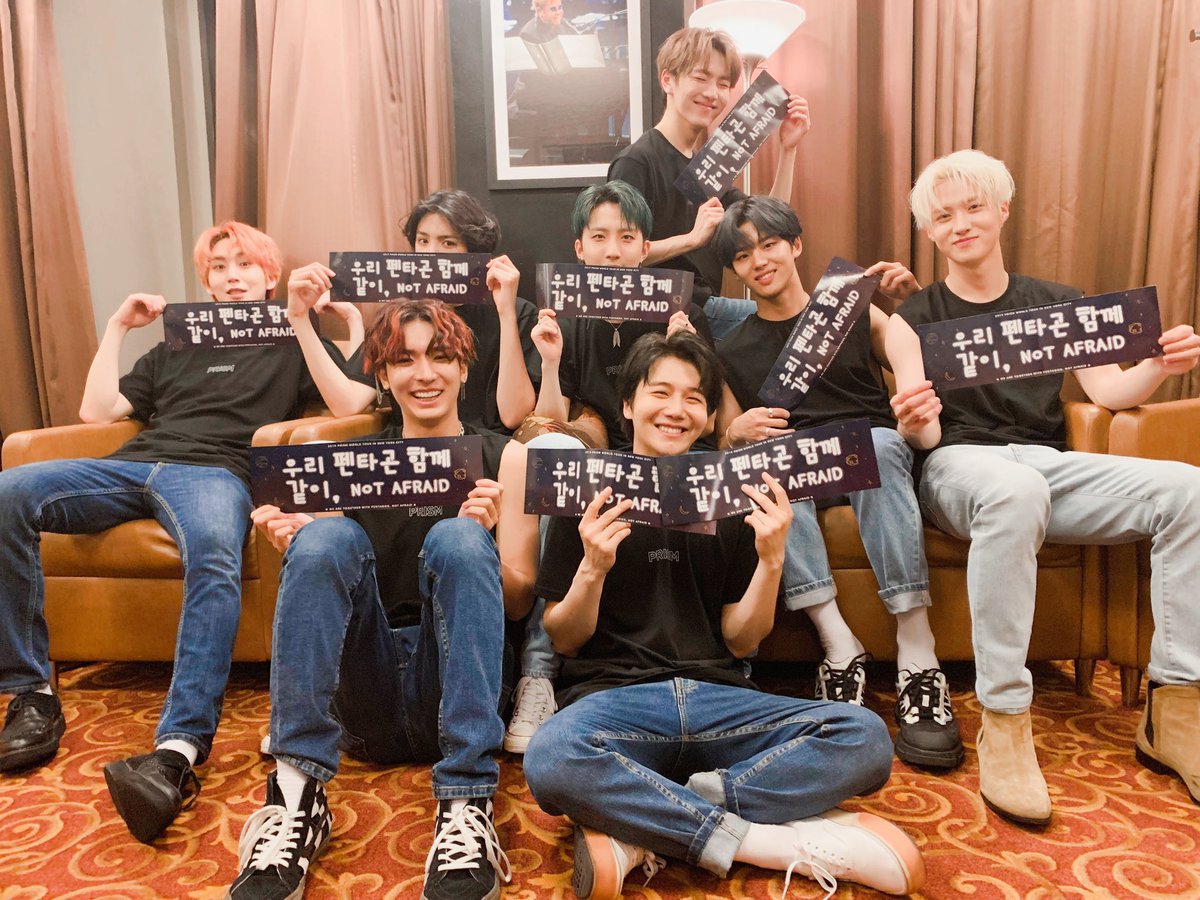